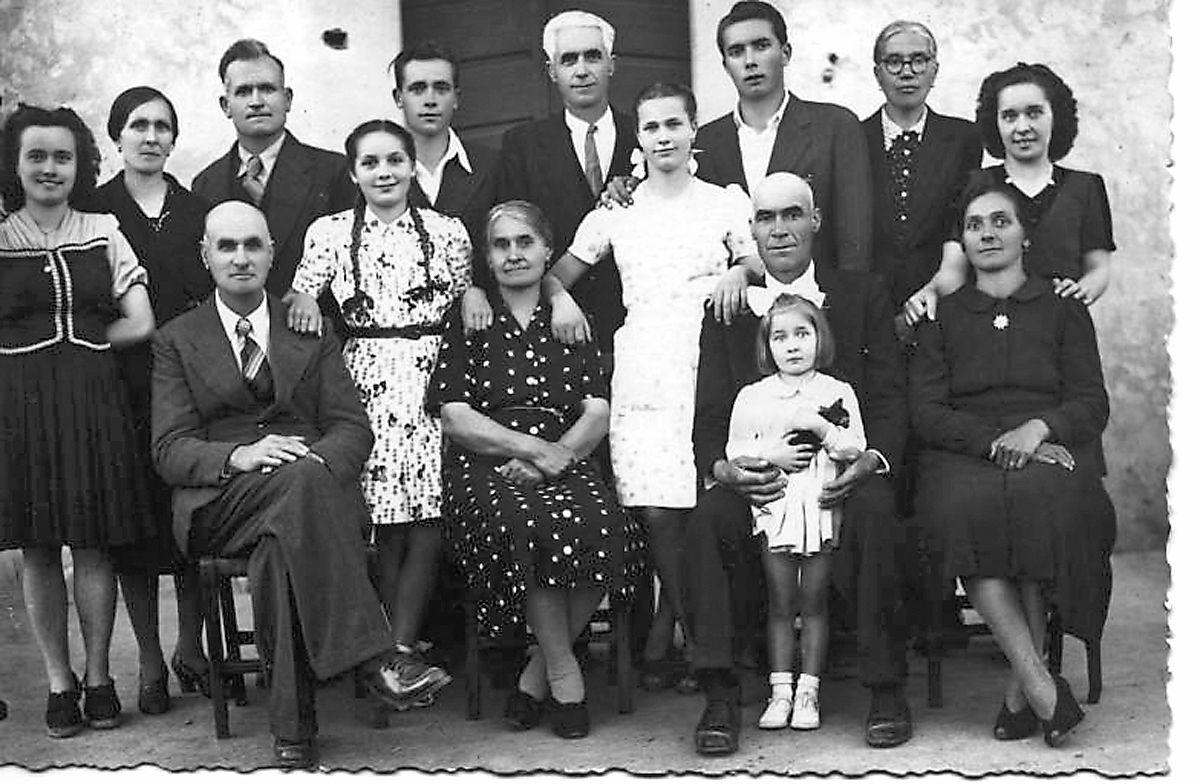 An Italian-American family has a large get-together. 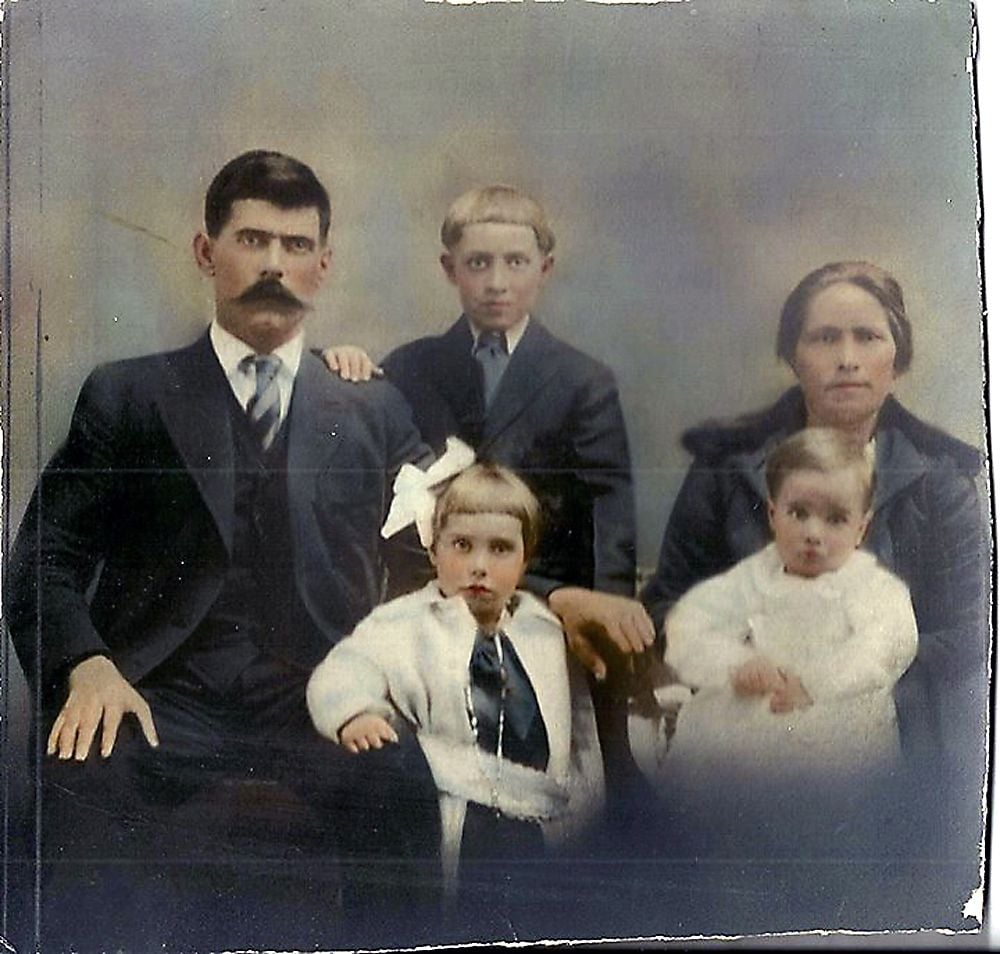 The Calabro family, circa 1923. Pasquale and Agostina flank Domenico, with Carmella and Bruno in the foreground. 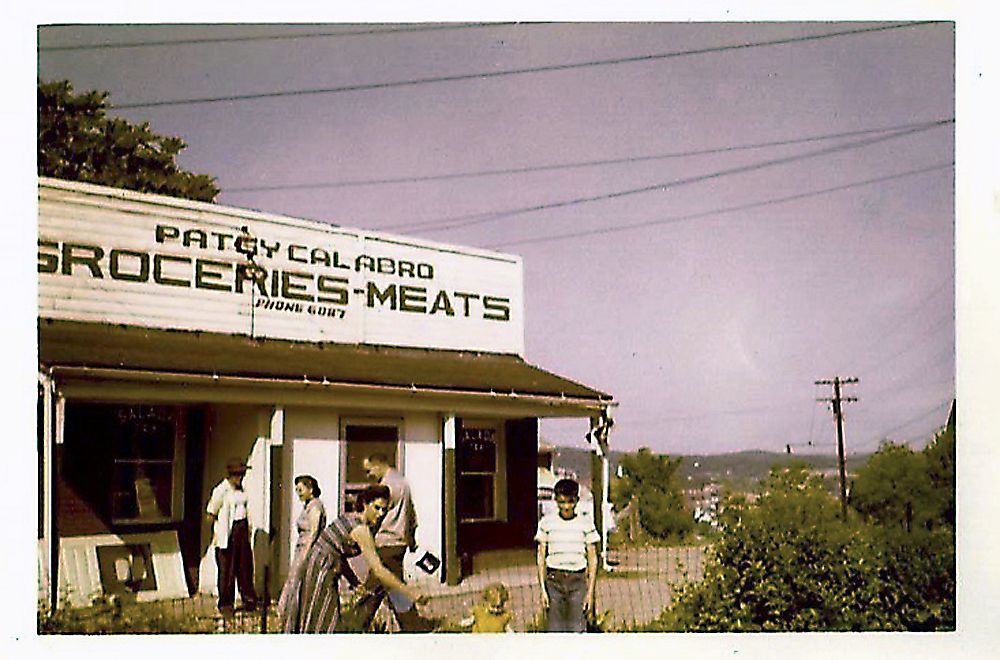 The Calabro grocery store, shown in the late 1950s, was built next to the Altamont Avenue home where the family had lived since 1925. 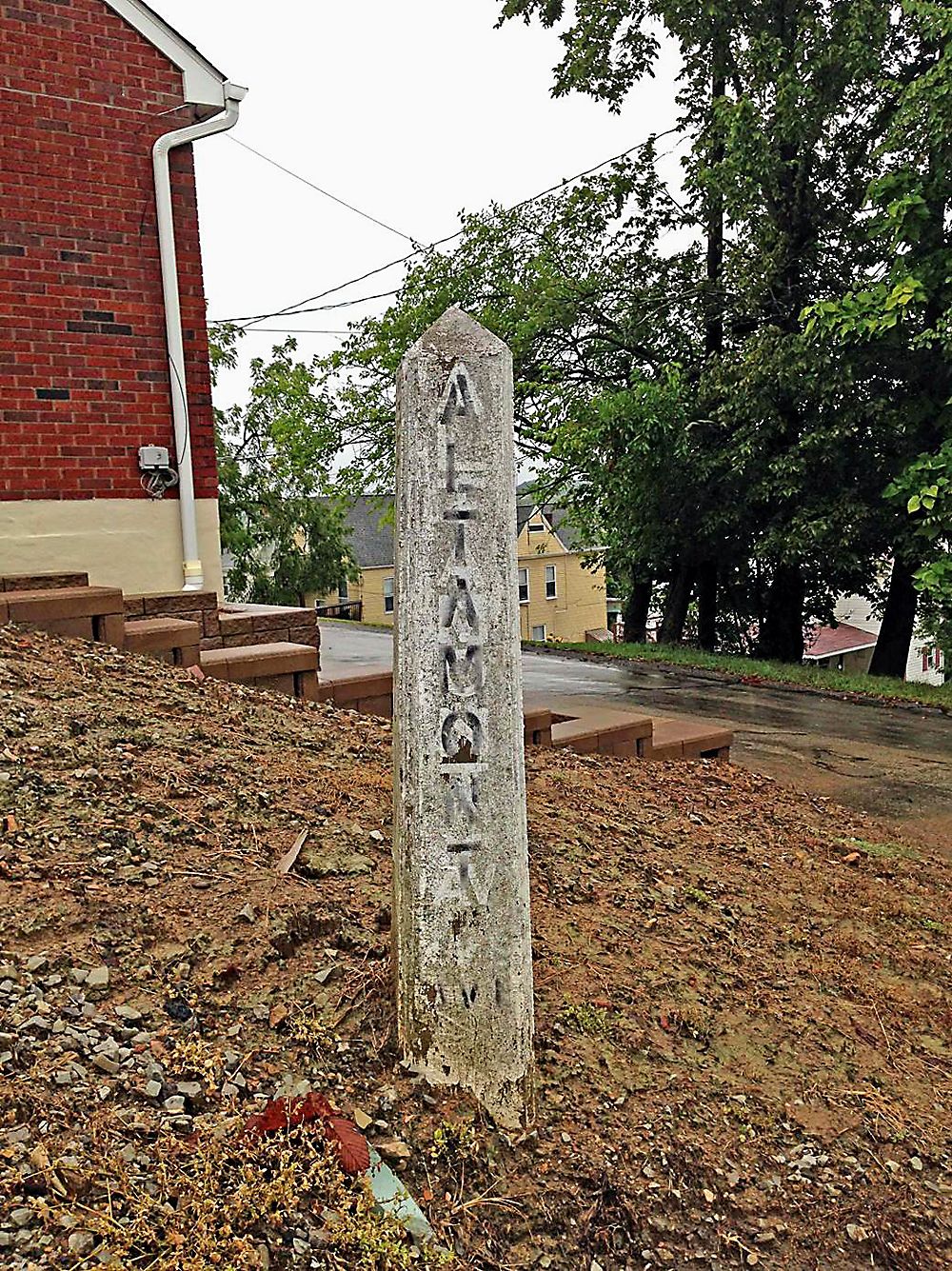 The Altamont Avenue marker still stands near where the Calabro family lived and operated a grocery store. 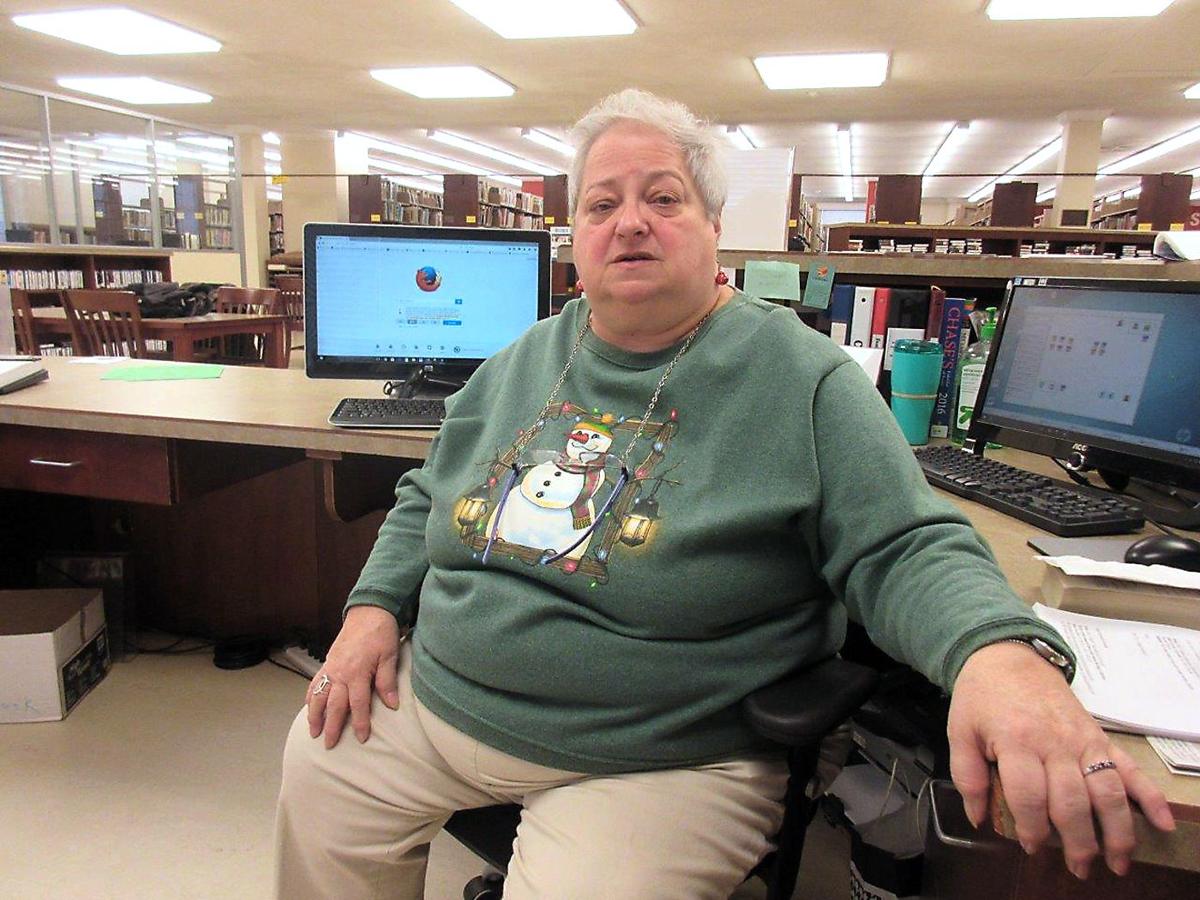 “These people, they had backbone,” Ella Ann Hatfield, director of the history center at Citizens Library, said of the many immigrants who settled here decades ago.

An Italian-American family has a large get-together.

The Calabro family, circa 1923. Pasquale and Agostina flank Domenico, with Carmella and Bruno in the foreground.

The Calabro grocery store, shown in the late 1950s, was built next to the Altamont Avenue home where the family had lived since 1925.

The Altamont Avenue marker still stands near where the Calabro family lived and operated a grocery store.

“These people, they had backbone,” Ella Ann Hatfield, director of the history center at Citizens Library, said of the many immigrants who settled here decades ago.

For a half-century, America was a land of opportunity for people in Italy. Many had been impoverished and/or suppressed politically in their homeland, and envisioned sunnier times across the Atlantic.

“My grandparents were among the four million Italians who left for the United States between 1880 to 1930,” Tina Calabro said. “During that period, more immigrants came from Italy than from any other country.”

A number settled in Washington, including a great-grandfather and all four grandparents of Calabro and her brother, Patsy. Immigrants viewed the city as a land of opportunity unto itself, with a bounty of jobs in coal mines, steel mills, glass plants and other industries. The city’s population increased nearly 600 percent over those 50 years, from 4,292 in 1880 to 24,545 in 1930.

“I’m not sure, but I believe at least 300 families came to Washington from Italy ... and most likely more,” said Tina, who grew up in Washington with Patsy, co-owner of David’s Limited clothing store in downtown Washington.

The city’s Italian heritage runs deep and is worthy of being celebrated. And now it will be.

Citizens Library will ring in the new year with its new Italian Heritage Collection. It is asking descendants of those original Italian immigrants to provide written and oral histories, photos, books, magazines and other publications that will be preserved in the library’s Dorothea and Henry H. Hood Local History Center.

“The mission is the history of Italian Americans in Washington specifically,” Tina said. “We will collect anything anyone wants to provide.”

Well, almost anything. There isn’t enough room for artifacts.

The Calabro siblings, including Patsy, Tina, Cathi Calabro Lombardo and Cara Calabro Lytton, made the push in memory of their late parents, Bruno J. and Josephine Matullo Calabro. (Josephine died in 2016 at age 92.) Brother and sister approached Citizens Library with their plan and a financial donation to get it going.

Ella Ann Hatfield was amenable to that. She is the director of the history center, and the individual Italian American history contributors should contact her at 724-222-2400 Ext. 233. A longtime local resident, she is fully supportive of adding the Italian collection to a history room that currently is heavy on African-American and Scots-Irish material.

“So many people came here,” she said, referring to all groups who immigrated to Washington. “They were hard workers who developed businesses and three generations later, their grandchildren and great-grandchilden are still working them.

“These people, they had backbone.”

The history center, Hatfield said, is seven years old and the successor to a genealogy area the library had for three decades. She, too, welcomes almost anything and everything related to the Italian American presence here.

“We want to get emails, phone numbers. We hope people have old letters and diaries that we can maybe copy and digitize. We want to get some oral histories, too, from older people who have great stories to tell. Every day, we’re losing these sources.”

Sandy Mansmann also has a keen interest in this historical addition to Citizens. She is the coordinator for the Washington County History & Landmarks Foundation.

“I think this is a really neat project,” she said. “Any ethnic group is interesting, and the Pittsburgh area has been so heavy with ethnic groups. You talk about certain areas, like Troy Hill or Donora, and want to learn about who settled there, how a neighborhood or a street got its name.”

The Calabro clan settled in the West End, off Chestnut. Pasquale Calabro, grandfather of Tina and Patsy, opened a grocery in 1925 that would operate into the late 1960s.

The Italian Heritage Collection won’t be the only local testament to people who had the courage to leave their homeland for an opportunity in a new world – then seized the opportunity. Angela Burgess, co-owner of Washington Winery, and John DeFede, co-owner of Upper Crust Italian Bistro across the street, organized the Washington Italian Festival for this fall at the Main Street pavilion. The second annual festival will be Sept. 23, 2017.

It was something of a reprise of the Washington County Italian Heritage Festival, which was staged for a few years in the early to mid-1980s.

Tina Calabro isn’t alone in her pride for that heritage – especially in her hometown.

“Our family has a great reverence for our history as Italian immigrants who came to Washington, Pa.,” she said. “We heard so many stories from our parents about what it was like growing up in the city, their relationships with other Italian-Americans and other groups here, how they built businesses. People we met years ago are still close.

“We feel this history.”