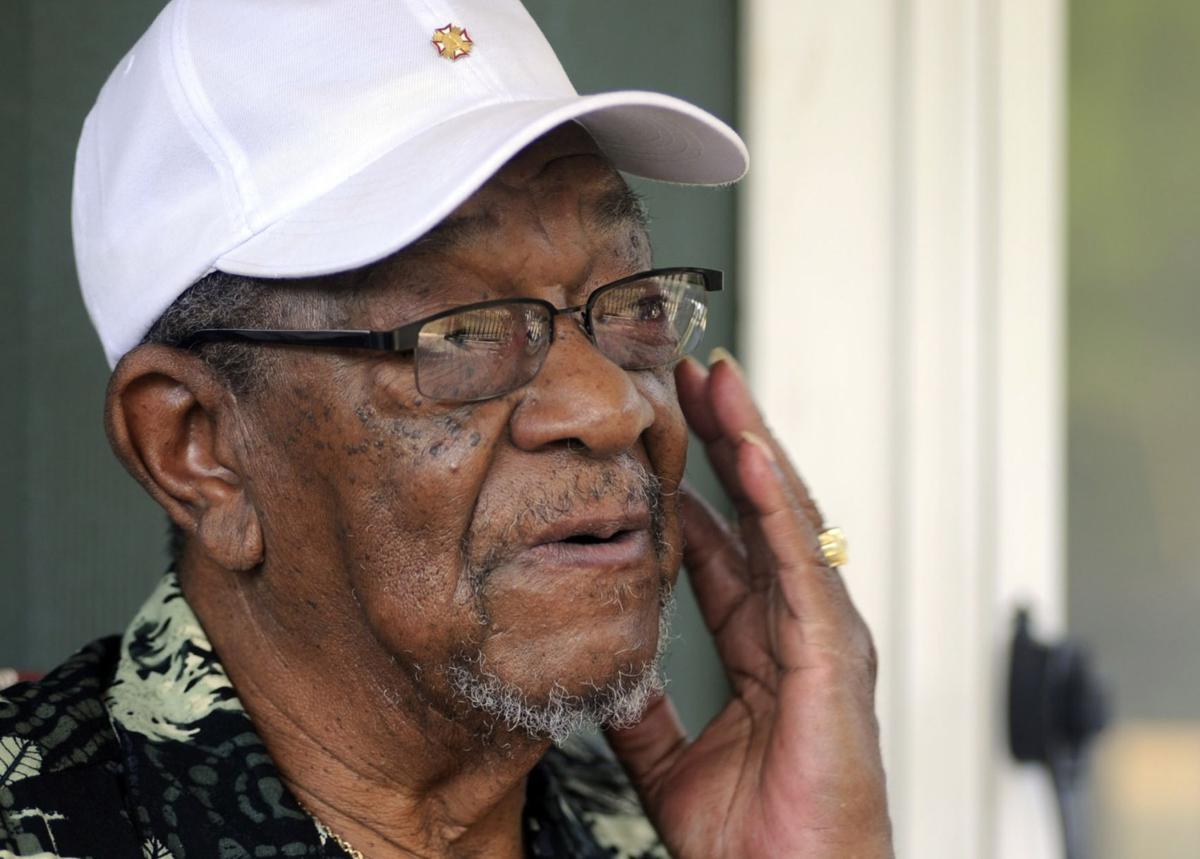 Robert Burns discusses his dealings with author Harper Lee about a true-crime book she researched nearly 40 years ago about the murder of a part-time preacher for which Burns was acquitted. 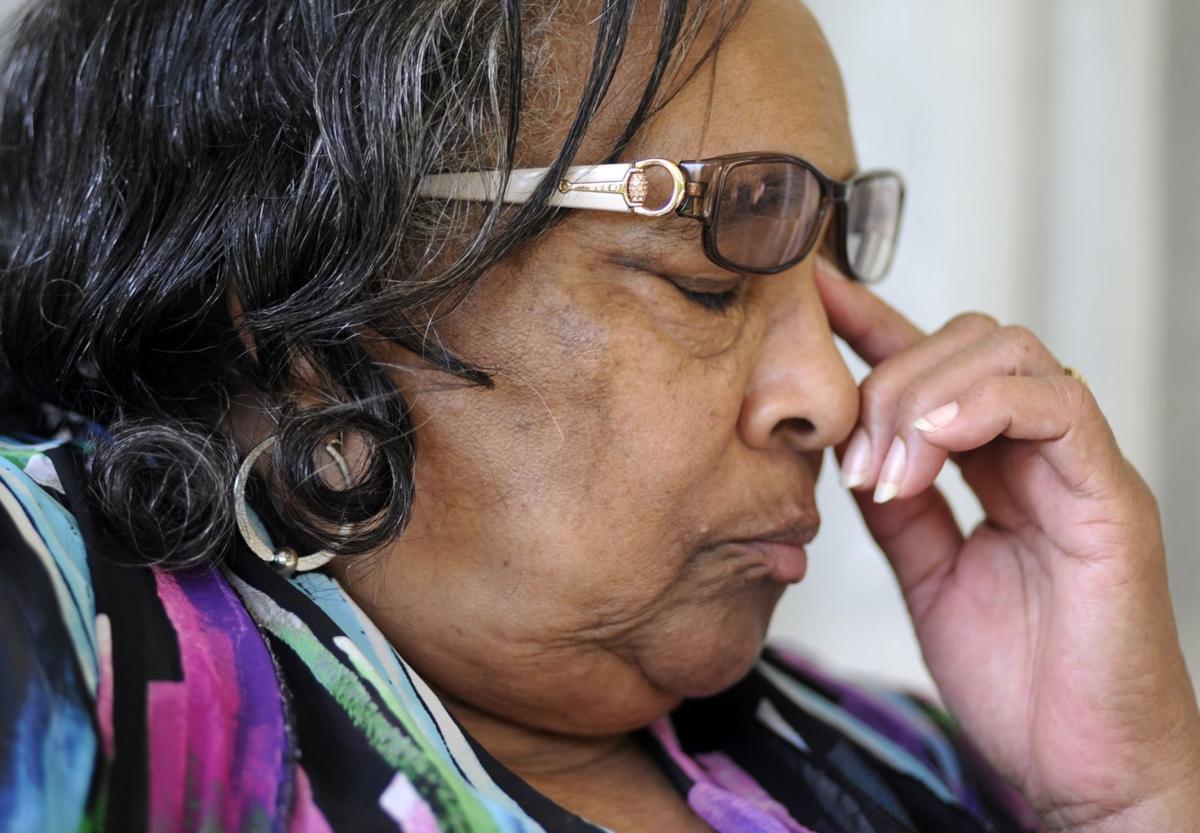 Vera Burns wipes an eye as her husband, Robert Burns, discusses his dealings with author Harper Lee about a true-crime book she researched almost 40 years ago. 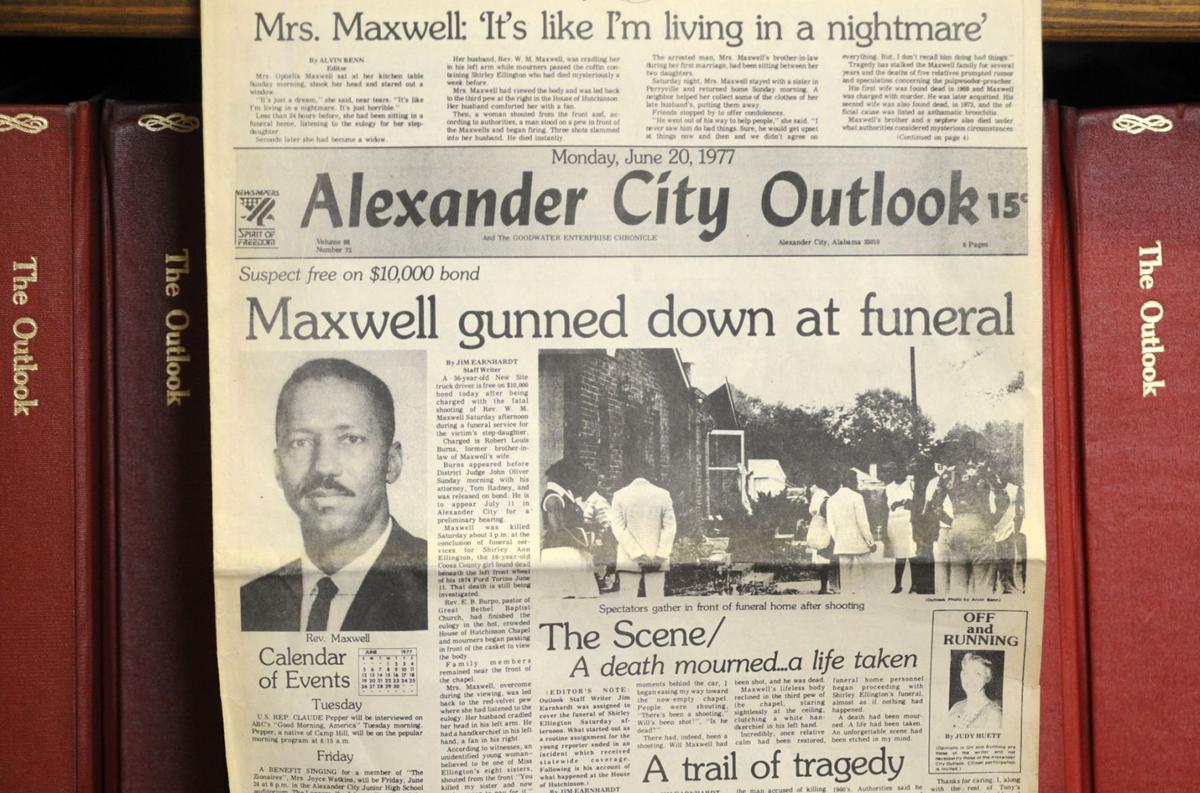 The front page of the Alexander City, Ala., newspaper following the slaying of Willie Maxwell in 1977

Robert Burns discusses his dealings with author Harper Lee about a true-crime book she researched nearly 40 years ago about the murder of a part-time preacher for which Burns was acquitted.

Vera Burns wipes an eye as her husband, Robert Burns, discusses his dealings with author Harper Lee about a true-crime book she researched almost 40 years ago.

The front page of the Alexander City, Ala., newspaper following the slaying of Willie Maxwell in 1977

ALEXANDER CITY, Ala. – Pulitzer Prize-winning novelist Harper Lee politely knocked on truck driver Robert Louis Burns’ door in rural Alabama one day more than three decades ago and asked him about the preacher he killed.

The plainly dressed writer wanted to meet the man who had stood up in a crowded Alexander City funeral home in 1977 and put a bullet in the brain of a preacher who was rumored to have dabbled in voodoo and suspected in a string of deaths in this riverside county.

Lee, the famed author of “To Kill a Mockingbird,” came to the textile town beside the Tallapoosa River, about 70 miles southeast of Birmingham, in the late 1970s to research a true-crime novel based on the bizarre tale of possible serial murder, the occult and courtroom drama.

Her visits were reminiscent of her trips to Kansas in the early 1960s, when she helped her childhood friend Truman Capote research his acclaimed murder story, “In Cold Blood.”

Lee worked on the Alabama book for months, maybe even years, but it never materialized. Now even her notes are nowhere to be found, giving rise to another mystery: What became of the novel she had tentatively titled “The Reverend”?

The publication of Lee’s recently discovered manuscript, “Go Set a Watchman,” described as a first draft of the story that evolved into “Mockingbird,” has renewed interest that Lee’s true crime novel could still be out there, somewhere.

That Lee put serious effort into the project is undisputed.

She worked closely with “Big Tom” Radney, a go-to defense lawyer in Alexander City. Radney had successfully defended the preacher, Will Maxwell, in his homicide case, and then defended Burns, the man who shot Maxwell. Radney turned over all of his case files to Lee to help her with her research, his widow said. They communicated about the book off and on for years.

The Radney family has one tangible bit of evidence that Lee’s book was real: four typed pages, the opening of the novel that Radney’s wife and daughter say Lee sent to the attorney. It begins with an early -morning phone call from the accused black preacher to his white lawyer. Names have been changed, a sign that Lee maybe planned a slightly fictionalized account.

The Radney family showed a copy of the pages to the Associated Press with the agreement that the material not be quoted.

The real-life case certainly offered enough drama and color for a novel.

Maxwell was a charming, thrice-married pulpwooder who always wore a suit – even in the woods as his oversaw his crews – and he preached on the weekends.

He was indicted for the murder of his first wife, Mary Edward Maxwell, who was found beaten and strangled in her car in 1970. But after Maxwell married the woman who was to be a key prosecution witness against him, he was acquitted, according to AP reports.

Others in his family also died, including that second wife, a nephew and a brother. Maxwell was never charged in any of the deaths, but that didn’t stop the whispers and rumors that insurance money was somehow involved.

Authorities were particularly suspicious after Maxwell’s stepdaughter, Shirley Ann Ellington, 16, was found dead under his car. She appeared to have been crushed when a jack collapsed as she was changing a tire.

Radney had represented Maxwell in his previous troubles, but this time when Maxwell called Radney for help, the lawyer decided he’d had enough, his widow recalled.

Burns, who was Ellington’s uncle, said the girl had tried to run away from home before she died because she feared her stepfather. A Vietnam veteran later diagnosed with Post Traumatic Stress Disorder, Burns said he has only vague recollections of killing Maxwell. He got up to view Ellington’s body in her casket and saw that Maxwell was sitting on the pew behind him. It felt like Maxwell was taunting him, he said.

“That really burnt me up. I was so angry that I couldn’t hardly control myself,” Burns said. He spun around, pulled a small .25-caliber Beretta that he always carried since returning from Vietnam and shot Maxwell three times. One bullet hit him square in the forehead.

Maxwell slumped down on a pew and died as blood ran down his face and screaming mourners fled the church.

Radney defended Burns in the death of his former client. A jury deliberated for five hours before finding Burns not guilty by reason of insanity, according to The Alexander City Outlook.

For years after Maxwell’s death, superstitious people whispered that the preacher had power beyond the grave, Burns said.

“I had people tell me he’s coming back,” Burns said with a chuckle – and added that the shooting left him with nightmares.

Whether she wrote more than those four pages – and, if she did, what became of those pages – remains unknown.

All contact with Lee, who now lives in an assisted living facility in Monroeville, Ala., goes through her attorney, Tonja Carter. The AP left a telephone message for Carter to ask what became of Lee’s work on the book. Carter did not respond. Lee’s publisher, HarperCollins, did not reply to an email about it.

Historian Wayne Flynt, one of the few people who regularly visits Lee, said the author’s late sister, Louise, once told him that Lee had completed the book.

“Her sister said she had finished it at her house there in Eufaula,” Flynt said.

Burns said Lee interviewed him twice at his home. The first time, she was emphatic about her intention to write the book. The second time, she expressed some doubt.

“She was telling me I would be surprised who the reverend had insurance on. And she was telling me that she didn’t know if she was going to write the book or not because she believed it would incriminate some people in Alex City,” Burns said.

Price said they want to get her grandfather’s files and notes back, believing the saga could still make a riveting book or movie. Price said the family reached out to Lee’s attorney, but Carter wrote back that Lee had none of the documents.

Tom Radney died in 2011 at age 79, still hoping Lee would one day publish the book, Madolyn Radney said: “He always held out hope that she would finish it.”