Gov. Tom Wolf speaks during a news conference in early May.

Gov. Tom Wolf has signed a bill authorizing the early release of the money and extend the deadline to apply for the program through the end of the year, his administration said.

“We hear you. We’re doing everything in our power to help,” state Treasurer Joe Torsella said when he joined Wolf in an announcement of the early release of the money.

People who are 65 or older and those with disabilities can apply for the rebates that are funded by slots machines. Widows and widowers above age 50 can apply, as well, as long as they meet income guidelines.

Meanwhile, the state Health Department released a database of long-term care facilities that have had outbreaks of the virus, listing three of them in Washington County.

There was one death from COVID-19 at ManorCare Health Services Peters Township, the company confirmed, saying the person may have had other issues that contributed to the death. Two other homes in the county had a limited number of cases that did not involve deaths.

Pennsylvania continued Tuesday in being successful in slowing the spread of the virus by adhering to mitigation strategies that kept people in their homes and closed nonessential businesses, state Health Secretary Rachel Levine said.

There were 119 new deaths statewide from the virus, bringing the total Tuesday to 4,624, Levine’s office said. There were 610 new cases reported statewide, moving the total to 63,666.

Another person has died in Washington County from COVID-19, bringing the death toll to five. The positive case count dropped from 133 to 130 because of a change in the state’s data collection system.

Greene County remained at 27 positive cases and no deaths from the disease.

In another development, the state police Bureau of Liquor Control Enforcement announced Tuesday that it suspended the license of Rusty’s Pittsburgh Sports Bar for opening on two occasions in violation of Wolf’s business-closing order.

Wolf said he signed a bill allowing some bars to sell to-go cocktails to allow them to earn more money during the pandemic.

The National Cemetery of the Alleghenies in Cecil Township, has fewer flags this Memorial Day.

The National Cemetery of the Alleghenies

The Memorial Day service at the National Cemetery of the Alleghenies in Cecil Township will be closed to the public this year as a result of the pandemic.

This Memorial Day, there will be no mass gatherings or the traditional sea of red, white and blue flags marking veterans’ grave stones. But those men and women will still be honored and remembered this weekend.

“We will still honor our veterans, especially those who made the ultimate sacrifice,” said Ed Hajduk, director for the National Cemetery of the Alleghenies in Cecil Township. “Speaking for myself as a veteran, this ceremony is very important for all of us.”

Hajduk served in the U.S. Navy from 1980 to 2008, spending six years active, and 22 years in the Navy reserves. He took over as cemetery director last fall.

Until the COVID-19 pandemic, he had been anticipating the usual crowd of close to 1,000 people for the annual Memorial Day service in the cemetery. This year, the service will be closed to the public, to maintain social distancing requirements.

The cemetery is open to the public for visitation this weekend, though people are encouraged to consider visiting Saturday and Sunday to avoid large crowds showing up Monday.

“We cannot stop people from visiting,” Hajduk said. “People want to visit their loved ones.”

In a news release last week, the National Cemetery Administration said the “difficult decision” was made to not have public Memorial Day services across the nation. Instead, the cemeteries’ staff will have small wreath-laying ceremonies with the playing of “Taps.” The release states that pictures of the services will be shared on social media and some may even be live streamed.

The NCA also announced last week it won’t participate in the mass placement of flags at graves.

“NCA relies largely on volunteers for placement and retrieval of gravesite flags for Memorial Day, and these activities attract thousands of volunteers annually,” the release states. “Limiting the number of volunteers is not practical.”

In an email, Les MeInyk, chief of public affairs and outreach for the NCA, said visitors to the cemeteries over the weekend are welcome to “place individual flags on graves to honor friends and family.

“We ask that all visitors adhere to CDC, state and local health, safety, and travel guidelines,” he said in the email.

State police charged Arnold Lee Webster, 65, in the Aug. 28 killing of Joshua Ryan Bowland, 31, who was the son of Webster’s girlfriend at the time, online court records indicate.

Police had initially charged Webster with possession of a prohibitive weapon after investigators claimed to have recovered a sawed-off shotgun from his residence at 156 Campground Road.

Police withdrew that charge in October while the case remained under investigation.

Bowland was shot in the chest while he and Webster argued in their residence, Deputy Washington County District Attorney Jason Walsh said Tuesday.

Walsh said numerous weapons have been seized from Webster.

Webster was charged Tuesday with 10 new felony counts of possessing prohibitive weapons, along with one count each of homicide, voluntary manslaughter, reckless endangerment and making or selling offensive weapons. 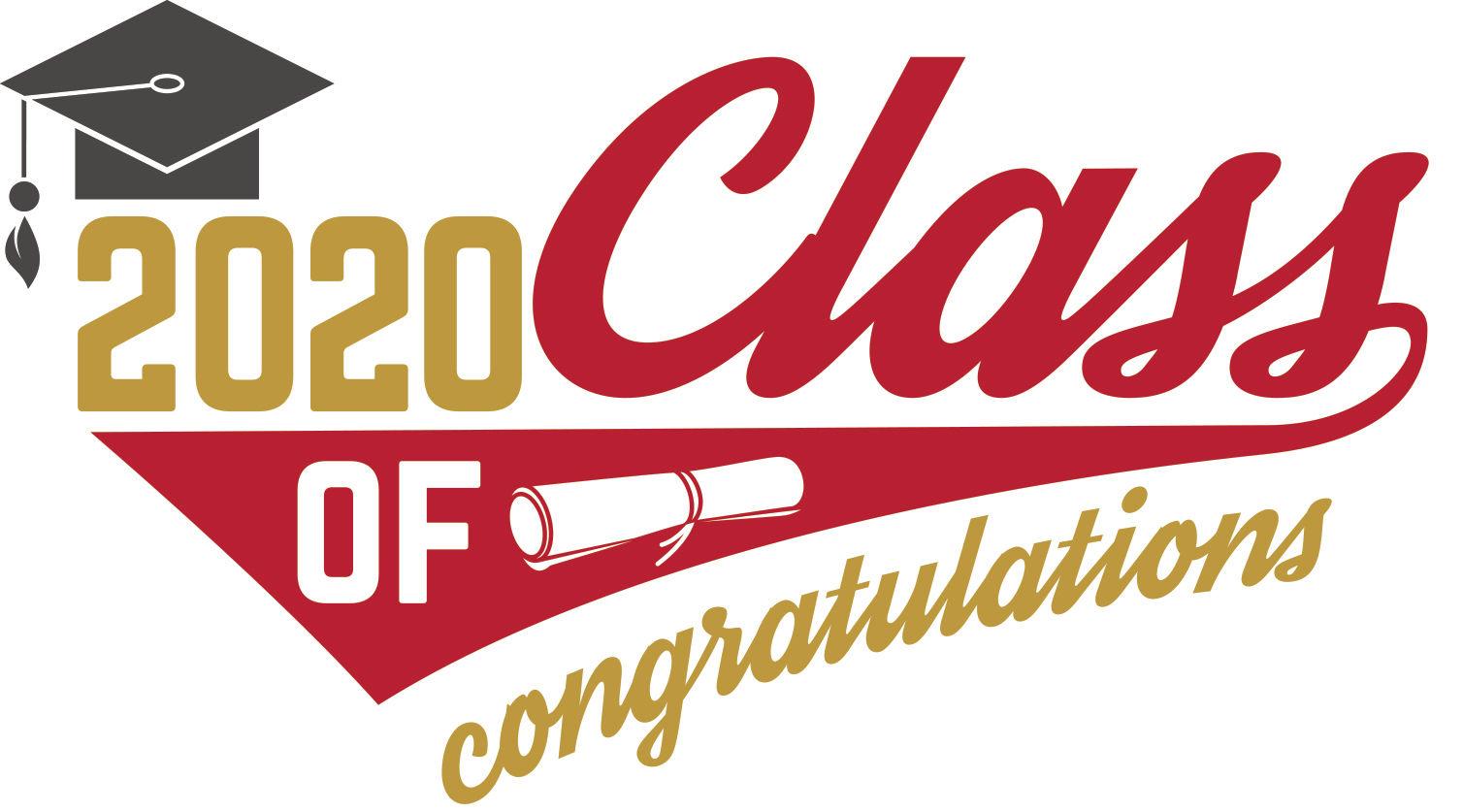 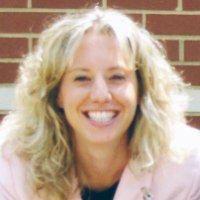 After reconsidering an earlier vote, the California Area School Board decided against having a referendum on raising taxes on the June 2 ballot.

The reason, as stated in a letter to the Washington County elections office, was “due to economic uncertainties and difficulties surrounding the COVID-19 pandemic.”

The change, however, occurred after paper ballots had been printed, and some had already been mailed, voted upon, and sent back to the Washington County elections office. Software on voting machines had been programmed to feature the question.

Because reprinting and re-mailing ballots and re-programming voting machines would have incurred additional expense, the question will still appear on the ballot, but any results on the yes-or-no question will not be counted. Signs posted in California Area precincts will indicate this.

Melanie Ostrander, Washington County elections director, said the board voted April 29 not to pose a referendum and notified the elections office the next day.

Removing the ballot question was just one of significant acts the California Area School Board has taken recently.

The district will also have a new superintendent, Dr. Laura Jacob.

“Necessity is the father of transformation,” she wrote in a letter to the community posted on the district website. “I look forward to working with you to transform the California Area School District.

“In the midst of change and adversity, I see opportunity. We have the opportunity to increase our means of connection and communication, champion alternative modes of learning, and approach ‘school’ with a new sense of creativity.”

After graduating with a bachelor’s degree in secondary education from Duquesne University, she taught English at the Ringgold and McGuffey high schools from 2003 to 2008.

During that time, she continued her pursuits at Duquesne, earning a master’s degree in administration and supervision in 2006 and a curriculum and instruction certificate, 2008.

Jacob received a superintendent letter of eligibility in 2012 from California University of Pennsylvania, and, the same year, a doctorate degree in educational technology from Duquesne.

She also holds a certificate in advanced educational leadership from Harvard University’s Department of Education.

Real estate has gotten the green light even in the red zones of Pennsylvania.

The governor said in a prepared statement: “While at this point more than two-thirds of the state will be in the yellow phase by Friday, we are still evaluating how industries may be able to conduct business appropriately in red-phase counties.”

He said, real estate “impacts numerous types of businesses and Pennsylvania homebuyers who are in the process of, or considering, purchasing a home. It’s critical that these businesses, regardless of whether they are in red-phase or yellow-phase counties, strictly adhere to all appropriate guidelines and guidance.”

Until last week, Pennsylvania was the only state in which Realtors and real estate agents were not allowed to perform basic operations: showing homes to clients in person, or working in their realty offices. Industry professionals could remain in touch electronically or via telephone with sellers and potential buyers, but could not close deals after Wolf determined in mid-March that real estate was a non-life-sustaining business.

Many in the industry fumed over the governor’s decision, which in some instances left clients in financial limbo.

Wolf issued guidance requirements for the industry Tuesday. Every person at a work site, business location or a property for sale must wear a mask or face covering. In-person activities should be scheduled and limited to the real estate representative and two people inside a property at one time, while following proper social distancing.

That, apparently, is a change from last week, when several real estate personnel told the Observer-Reporter that only one agent and one client could enter a home at the same time.

The governor also recommended that during settlements and closings, notary and powers of attorney functions be handled remotely and that the exchange of contract documents be done electronically or by mail, if possible.