Coronavirus
featured
As Pennsylvania expands eligibility, here's a list of places you can get a shot
Associated Press

Vials of the Moderna and Pfizer COVID-19 vaccines

On April 19, Pennsylvania will open COVID-19 vaccine eligibility to anyone 16 or older, as the pace of vaccinations increases – an average of 83,000 Pennsylvanians are being vaccinated each day.

The accelerated phased roll-out schedule is as follows:

The state Department of Health has made available a list of vaccine providers at https://padoh.maps.arcgis.com.

For residents in Washington, Greene and Fayette counties who are seeking to find an appointment, here are some options. Keep in mind, eligibility does not guarantee a vaccination appointment will be scheduled immediately.

Washington Health System: Residents of Washington or Greene counties, or established patients of a WHS outpatient practice, can register for a vaccination at https://whs.org/vaccine-form.

Allegheny Health System: To register for an appointment, visit https://www.ahn.org/coronavirus/vaccine.html. Additionally, register for a MyChart account so that AHN can alert you when you’re eligible for the vaccine. Register for MyChart at https://mychart.ahn.org/MyChart/signup.

Solv. includes COVID-19 vaccine providers in and near Washington County, and which vaccine – Pfizer, Moderna or Johnson & Johnson – the provider offers. Visit https://www.solvhealth.com/pa/c/washington-pa-srv-covid-vaccine.

National
AP
Legion of Chauvin prosecutors, each with own role

Viewers watching the trial of a former Minneapolis officer charged with murder in George Floyd ‘s death may be struck by the array of prosecutors taking turns presenting their case. The choice of who does what is no accident.

While Derek Chauvin ’s attorney, Eric Nelson, works alone, the prosecution is being handled by two assistant attorneys general, Matthew Frank and Erin Eldridge, and two outside lawyers, Jerry Blackwell and Steve Schleicher. Ten more are working behind the scenes, many for free.

Experts agree the roles played by prosecutors are based on the skill sets each brings, but appearances matter, too.

Why did Blackwell give the opening statement?

The undercurrent of racial tension – a white police officer accused of killing a Black man – can’t be ignored. Blackwell is a prominent Black civil rights attorney and one of the founders of the Minnesota Association of Black Lawyers. Last year, he won a posthumous pardon for a Black man wrongly convicted of rape before the infamous Duluth lynchings of 1920.

But law professors following the case said it’s Blackwell’s unique ability to translate complicated legal jargon into information jurors can understand that made him the obvious pick to lay out the prosecution’s case.

“One of the things he’s known for is his ability to speak English rather than ‘legalese,’” said Joseph Daly, emeritus professor at Mitchell Hamline School of Law in St. Paul, Minnesota. “It’s extremely important in this case just to try to explain what the elements of the crimes are that Mr. Chauvin is charged with.”

Eldridge joined the Minnesota attorney general’s office in 2018. Before that, she served as a special assistant U.S. attorney in Nebraska and the Northern District of Iowa.

Jonathan Simon, a professor at University of California Berkeley School of Law, noted that our culture associates women with “being more caretaking toward children, toward juveniles.”

Using Eldridge as the questioner may help to “ease the witnesses’ experience and get their testimony as effectively as possible, but also to help the jury see this in the most sympathetic light,” Simon said.

Daly said Eldridge “was particularly adept at showing empathy and kindness and a certain softness, which I think is really important when you’re questioning children.”

When an 18-year-old witness, Alyssa Funari, began to cry, Eldridge told her to take her time and offered a tissue.

“Is this difficult for you to talk about?” Eldridge asked. “Do you need a minute?”

Is there a drawback to using so many prosecutors?

St. Louis University School of Law professor Sue McGraugh said she sought to make a personal connection with jurors when she was a prosecutor. She said she’s rarely seen a case with so many prosecutors, and that it carries some risk.

“It’s unusual because, as someone who has tried a lot of cases, you do want the jury to form some sort of attachment to someone on the legal team,” McGraugh said.

It’s evidence of the stakes in the trial that Daly called “possibly one of the most important cases ever in the United States and possibly the world.”

Schleicher is a veteran trial attorney and prosecutor who works for the law firm Maslon LLP. He spent 13 years in the U.S. attorney’s office and was a prosecutor in the case of Danny Heinrich, who confessed in 2016 that he killed 11-year-old Jacob Wetterling in 1989, and led authorities to his body.

What is the full depth of the prosecution team?

The prosecution team has 13 lawyers, said John Stiles, Ellison’s spokesman, and a 14th acted as a jury consultant.

Ellison, Frank and Eldridge are the only ones who work in the attorney general’s office. The team also includes Assistant Hennepin County Attorney Joshua Larson and nine outside attorneys. Stiles said the outside attorneys are all working pro bono, or without pay.

The roster behind the scenes is deep. Perhaps the best-known player is Neal Katyal, former U.S. acting solicitor general who has argued dozens of cases before the U.S. Supreme Court. Katyal led a successful effort to get a third-degree murder charge reinstated against Chauvin after the judge initially ruled it didn’t fit the circumstances.

Stiles said in an email that about half of the outside attorneys are working full-time on the case.

What about the defense?

Nelson is the lone defense attorney, aided in court by a legal assistant who is also an attorney but who hasn’t taken part in the courtroom arguments. The defense is funded through the Minnesota Police and Peace Officers Association’s legal defense fund. Though Chauvin was fired soon after Floyd’s death, he has the right to representation through his years as a member of his local union.

Nelson is an attorney with the Minneapolis firm Halberg Criminal Defense and one of 12 attorneys for the MPPOA who take turn handling officer-involved cases. While Nelson is alone in court, he can consult with the other 11 attorneys, the association said.

Still, the in-court optics are hard to ignore.

Judge Peter Cahill has said Nelson “does not have the same level of support” as the prosecution. 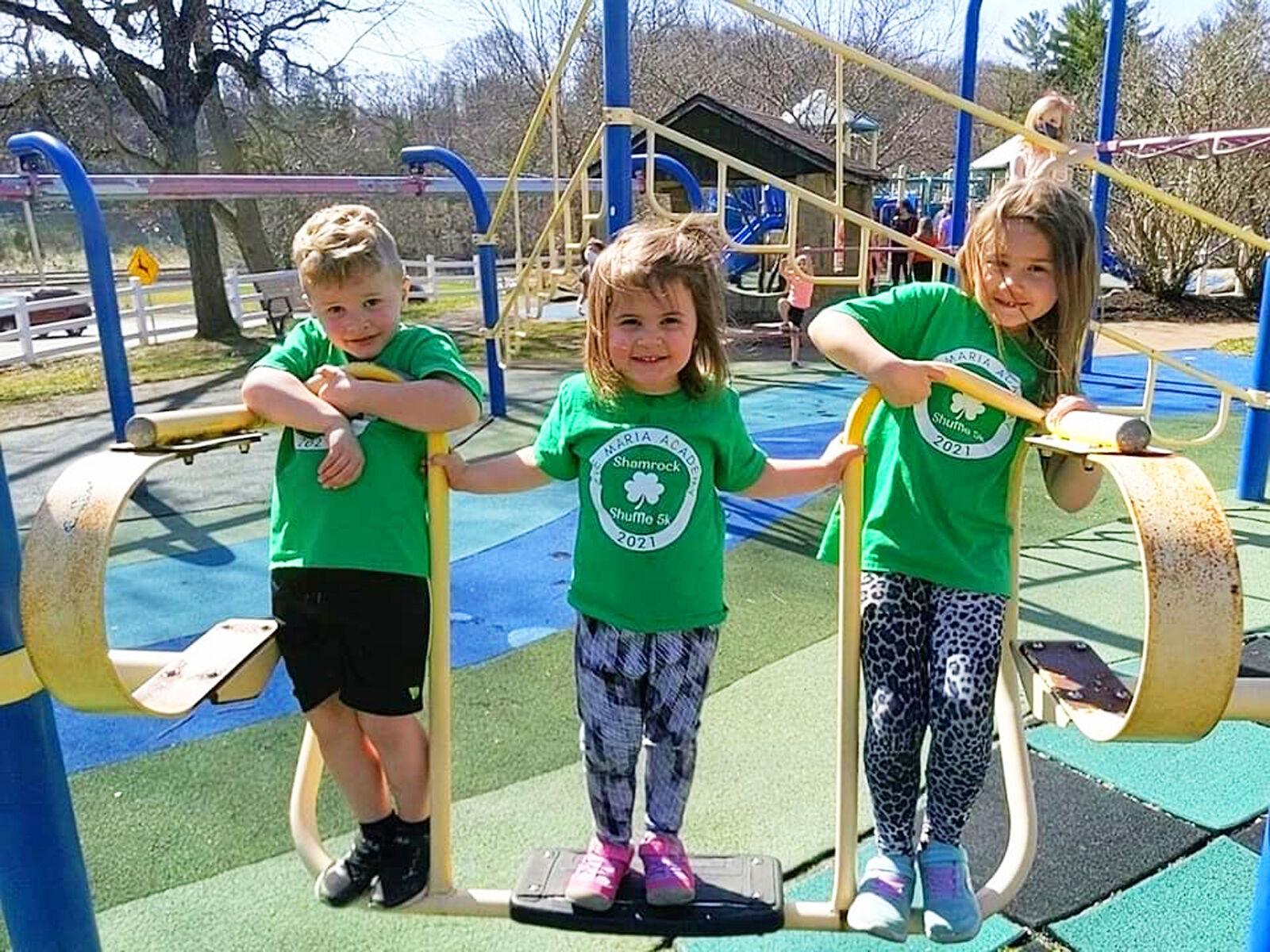 Showing their Shamrock Shuffle shirts are, from left, Oliver, Emilia and Adelyn Zoelle.

Washington Health System President and CEO Brook Ward is cautioning residents to continue to follow protocols to curb the spread of COVID-19 as some areas in the country are experiencing a surge in cases.

Locally, Ward said, the outpatient positivity rate has increased slightly, and as of Friday WHS experienced its second consecutive day of an increase in inpatient cases.

Ward said the health system will know in about a week or so if the area is experiencing another surge, “but we call all do our part to try and keep this down.”

Pennsylvania saw a 57% jump in its average daily cases last week compared to two weeks ago.

He said people can still make a difference with what they choose to do, and encouraged people to continue to wear masks, practice social distancing and avoid gathering in large groups.

The Centers for Disease Control recently updated its guidelines permitting people who are 100% vaccinated to gather in small groups without masks, or to gather with others who aren’t 100% vaccinated if every individual is at low risk of contracting COVID-19 or having a serious outcome.

But, Ward pointed out, “It’s impossible to look at someone and say they’re high risk or low risk, so the safest thing to do is not to do that.”

Additionally, the pace of vaccinations has continued to increase.

Ward said more than 40,000 people who qualify for Phase 1A have signed up with WHS to receive the vaccine, and the health system has worked its way through the majority of the list and is ready to vaccinate those who are eligible for Phase 1B.

While deaths due to COVID-19 continue to fall, the overall number of cases are on the rise in Pennsylvania. Another 9,276 were diagnosed with the coronavirus over the weekend, pushing the total to more than 1.04 million cases in the state since the first one was reported last March. The state reported also another 47 deaths since Friday. 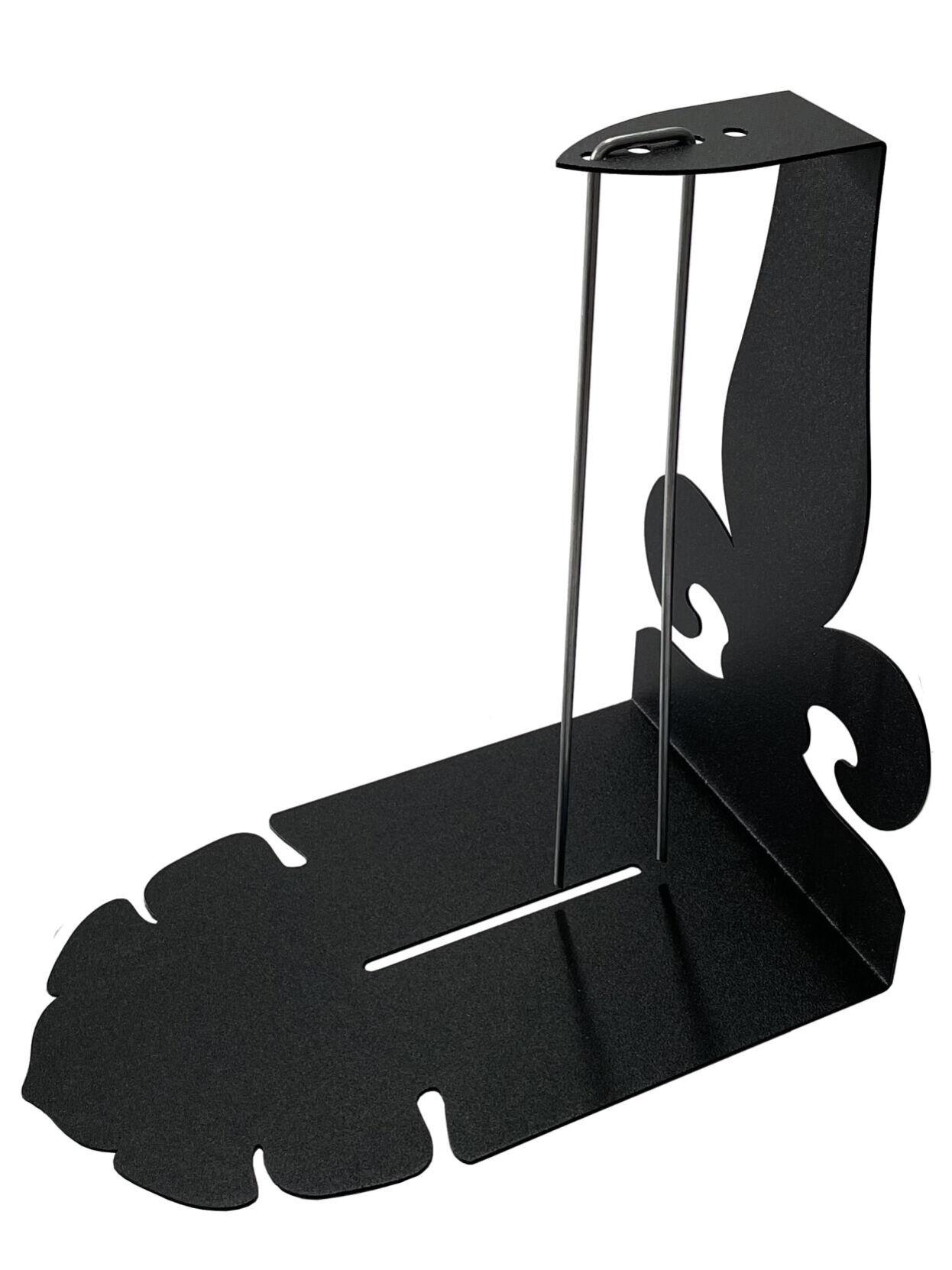 Plant Traps are available in black or white.