The death toll from coronavirus continued to rise in Pennsylvania Tuesday, including a second death in Allegheny County, health departments reported, and Greene County recorded its first case.

The death in Allegheny involved a woman in her 70s whose case was unknown to county officials until after medics responded to a 911 call wearing personal protective equipment, said county spokeswoman Aime Downs.

“We extend our deepest sympathies to the family and friends of this individual on their loss,” health department Director Debra Bogen stated in a news release.

Bogen said the victim had no recent travel, but did have other medical problems that may have delayed recognition of COVID-19.

Members of her family were self-isolating. She was not hospitalized at the time of her death, and the medical examiner’s office was investigating the case.

The number of statewide cases increased by 207 overnight, taking the total number of them to 851, affecting 40 counties and including four new deaths, the state Health Department said.

“We expect to see these numbers to continue to increase every day, state Health Department Secretary Rachel Levine said during a livestream update on the illness Tuesday afternoon. “It remains a public health crisis.”

Levine said there isn’t a treatment for COVID-19 other than drinking fluids, taking acetaminophen for fever, staying at home and resting.

She also said it’s impossible to predict a month out whether or not the danger has passed.

“We’re going to take this day by day, week by week,” Levine said.

Centerville Clinics said Tuesday that it registered its first positive COVID-79 case involving a Greene County resident who was tested at its Uniontown Family Doctors in neighboring Fayette County.

Barry Niccolai, the clinic’s executive director, indicated the patient and staff were notified, and that it’s following all applicable protocols related to COVID-19, he stated in a social media post.

“This was inevitable and should not be cause for panic,” said Sarah A. Penich, Greene’s assistant chief clerk.

Greene County office buildings are closed to the public. All normal county functions will continue with emphasis on conducting business via e-mail, telephone, or regular mail, Penich said.

Allegheny said it had 58 cases of the virus overnight and that six of those patients were hospitalized. The county was among eight in the state that were under a stay-home order by Gov. Tom Wolf in stepped-up efforts Monday to slow the spread of the virus.

Wolf updated his stay-home order Tuesday to also include Erie County, beginning at 8 p.m. that day and continuing to April 6, setting limits on when people could leave their homes. Those in life-sustaining jobs were allowed to go out, and trips to grocery stores, pharmacies and health-care providers were among the reasons the order could be waived.

The other deaths were in Lackawanna, Monroe, Montgomery and Northampton counties.

Washington County saw two new cases of the virus, taking its total to nine Tuesday. Westmoreland County had 11 cases of COVID-19 as of that morning, the state said.

Hospital spokeswoman Stephanie Wagoner said the patients followed appropriate procedures of obtaining a prescription from their primary care provider and were tested at one of the WHS drive-up testing sites.

At the site, staff members walk out to the patient’s vehicle and administer the test, so the patient does not enter a WHS lab facility. The patients were directed to go home and self-isolate until their results came in, Wagoner said.

Wagoner said there have not yet been any confirmed cases inside the hospital in Washington or its facility in Greene County.

However, Washington Hospital, like other Pittsburgh area hospitals, has suspected patients. Wagoner said those patients are confined to specific units to reduce the exposure to staff and other patients, and to conserve PPE. The patients are awaiting test results.

Meanwhile, 8,643 people who have been tested for COVID-19 had negative results, Levine said.

She said Pennsylvanians have been asking what they can do to help, and she put out an urgent request for blood donations through the American Red Cross. She also said donations were needed at food banks.

Greene County residents were reminded of the 2-1 service, which would be updated with current services in respect to COVID-19. With one phone number, callers get free, confidential access to thousands of programs and services that can help improve the quality of their lives, Penich said. 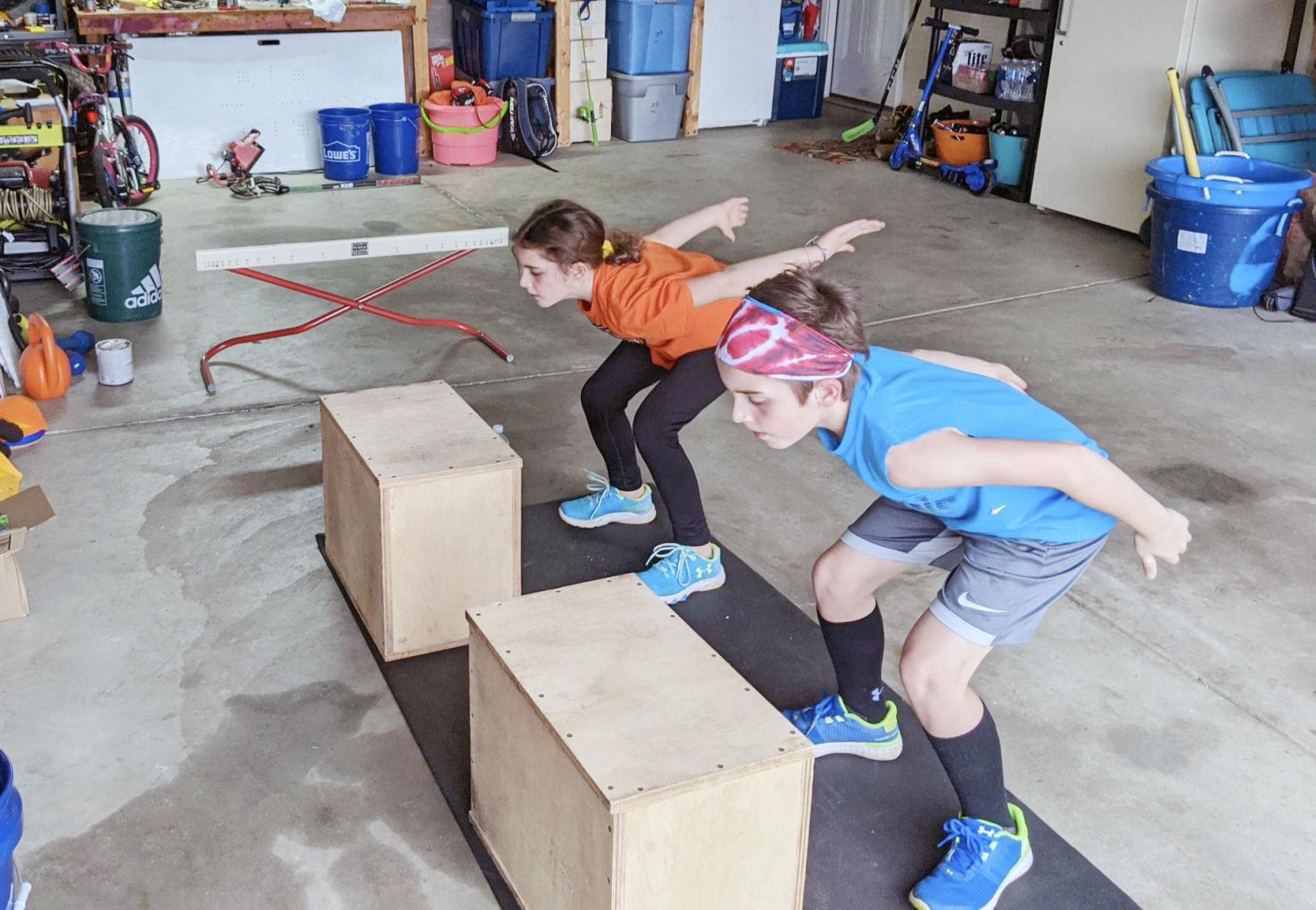 John Banaszak, 10, and sister Mia, 8, do workouts in the garage as part of their at-home physical education program, since schools have been closed since March 13 because of the coronavirus. 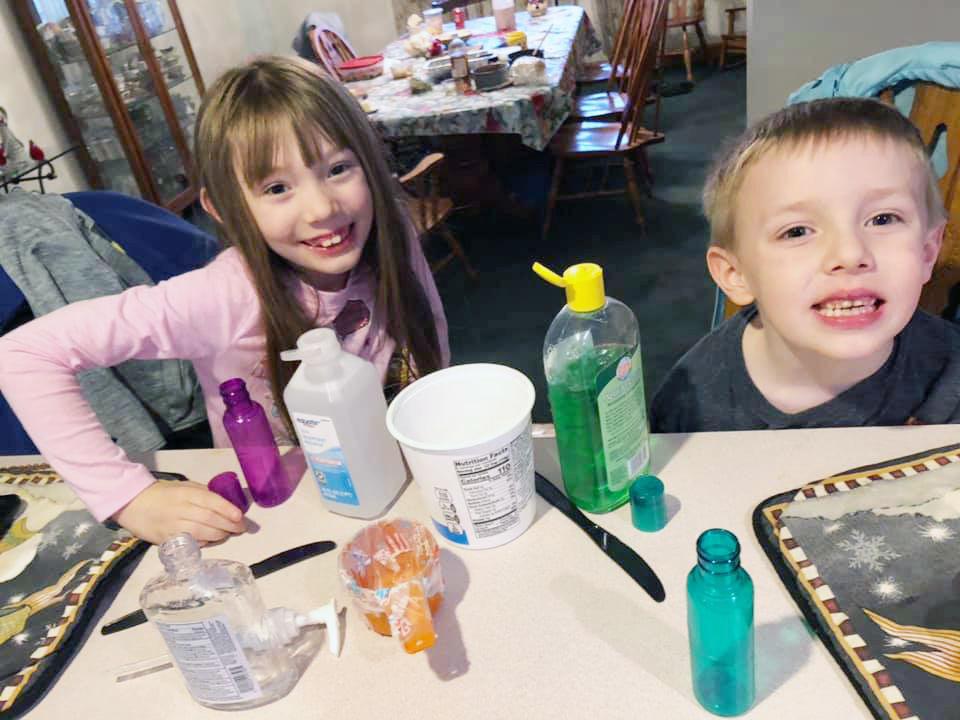 Aleena Grandstrand, 7, and brother Bryce, 6, of South Strabane Township, learn how to make hand sanitizer as part of an at-home science project, as schools have been closed since March 13 due to coronavirus.

Cows are pictured at the SpringHouse farm in Eighty Four in this 2018 photo.

“The food supply is safe and will continue. There is no food shortage,” he said during a media briefing from Harrisburg. Redding was accompanied by Human Services Secretary Teresa Miller in a half-hour session focused mostly on emergency food assistance resources to help individuals and families who are food insecure.

Redding, however, added a fairly stern caveat for grocery store shoppers: “People should not be hoarding extra products, causing serious shortages. Everyone has to return to normal purchasing, enabling the stores to catch up.

“The goal is that no one in Pennsylvania will go hungry.”

“Life has slowed, and it has changed,” Miller said, “but it has not stopped for the millions of Pennsylvanians who depend on food assistance programs.”

The agriculture secretary said the “supply chain is a stressed system” that also is a large system. “(In Pennsylvania), it is linked to regional and national products. We need products from the Midwest and Northeast to make the system work.”

A shortage of merchandise, however, is far from the only concern. The temporary closure of non-life-sustaining businesses statewide, in an effort to mitigate spread of the virus that causes the disease COVID-19, has led to a groundswell of applications for unemployment compensation. Redding said there were an estimated 240,000 new claims, only in the past week. The lack of a paycheck limits a family’s ability to acquire food.

Recommending a source of assistance, the secretaries underscored the importance of food banks, food pantries and other programs. Residents may contact a local food bank or pantry on their own or through Feeding Pennsylvania and Hunger-Free Pennsylvania.

Residents in need are encouraged to reach out to local food banks and pantries, which could use some help. “They need more volunteers,” Redding said. “If you’re healthy and able to volunteer, contact your local food bank.”

He said “there has been a lot of outreach” to these facilities. “We have to make sure that part of the supply chain is open. There is a surge in the charitable food system, and that has to continue.”

Miller echoed Redding’s sentiments. “We need to be sure our charitable food networks are able to continue their daily operations and meeting the need of their communities,” she said, urging residents “to contact your local food bank to get involved.”

Miller’s department oversees programs that have seen a 23% increase in applications, due mostly to the widespread closure of businesses. DHS is continuing to process applications and benefit renewals for SNAP (Supplemental Nutrition Assistance Program), which helps residents buy food. Emergency applications can be expedited and issued in five days. Applications may be made at www.compass.state.pa.us.

The emergency Feeding Taskforce – made up largely of state agencies, charitable food networks and food retailers – strives to identify available resources and provide food and water to areas in need. It also is seeking businesses that can help feed and shelter residents.

Redding rarely referred to specific food items, although his response to a reporter from Central Pennsylvania, a strong dairy area, was interesting. He said the state’s milk supply “is good,” and the demand for fluid milk has increased 200% over the past two weeks. With schools closed, he said milk is being packaged more in gallon and half-gallon containers instead of the smaller sizes for students.

As news emerged of more cases across Pennsylvania and a second death in Allegheny County, a state health care advocate said Tuesday that hospitals are bracing for a potential surge of patients infected with coronavirus.

Andy Carter, president and CEO of the Hospital and Healthsystem Association of Pennsylvania, said the usage rates – or “burn rates” – for protective equipment like ventilators, which are needed by those treating infections of the contagious respiratory infection, vary among hospitals. But he said estimates show the existing statewide supply would last three weeks at most, “and in some places, we would run out in a matter of hours or days.”

“Positive COVID-19 cases are now showing up in the post-acute (care) community, such as nursing homes, which, unless managed, can lead to their inability to take any new patients,” Carter added. “And without surge facilities brought online to replace them, hospitals will be unable to safely discharge patients who no longer need hospital-level care. Thus squatting is just going to put other patients and hospital workers at greater risk of infection.

“It’s the shared scale of the COVID-19 outbreak unfolding now that has the health care community saying, ‘We need government help.’”

Washington Health System didn’t provide specific numbers about how many beds it has available at its hospital in the city.

WHS spokesperson Stephanie Wagoner stressed prevention of new cases as ideal, but said the system “is methodically planning and allocating resources to prepare for a potential surge in patients. The plans are updated daily, as this is a fluid situation and the details will not be made public, at this time.”

The health system is cross-training staff and taking other measures to prepare, including closing visitation at hospitals and inpatient facilities. It’s “curtailed non-urgent elective procedures” through April 11, Wagoner added.

As of Tuesday, there have been more than 850 cases reported statewide, an increase of more than 200 from a day earlier. Four additional deaths – including one in Allegheny County – brought the fatalities to seven in Pennsylvania.

As the infections continued to rise, Carter described efforts by his group to advocate for providers, saying his group is pursuing “regulatory relief from rules on reimbursement, professional and facility licensure, child care services and other frictions that slow our response.”

Carter didn’t give details about staffing levels in specific facilities or regions during his teleconference with reporters. He also didn’t detail shortages of beds or supplies at any specific facilities and steps his group had taken to address them, but focused on how his group proposed to offset the fiscal impact of the pandemic on health care systems.

Carter said his group presented to Gov. Tom Wolf and state lawmakers a plan for what it’s calling the Healthcare Coronavirus Emergency Response Fund, “designed to be available to hospitals and other providers where existing or federal resources are not available” to pay for supplies like ventilators, more staff, additional housing for patients and other emergency costs.

Carter said his group is talking to potential sponsors. No legislation has been introduced so far.

“The fund will also be important to helping hospitals and other providers remain financially viable in the months and years to come. The fact that hospitals are suspending or canceling elective procedures results in a huge financial loss to these hospitals,” creating another strain on them.