In this file photo from 2015, Tim Chopp mans the cockpit of Spirit of Freedom, which will be featured along with Washington County Airport on Discovery Channel’s “Expedition Unknown” at 8 p.m. Wednesday.

Trinity High School graduate Tim Chopp lands his C-54 plane, Spirit of Freedom, which is similar to the aircraft that crashed mysteriously in 1950.

A plane flying cross-country from New York City 70 years ago disappeared over Lake Michigan, killing all 58 on board.

It is not known whether Northwest Airlines Flight 2501 navigated the skies over Southwestern Pennsylvania on June 23, 1950, but Washington County Airport will be a prominent backdrop for a factual retelling of that doomed excursion.

“America’s Vanished Airliner” is the title of the tragedy to be featured on the Discovery Channel at 8 p.m. Wednesday. It is an episode of the cable network’s “Expedition Unknown” series, hosted by Josh Gates. “Expedition Unknown” is just that – it focuses on historic, scientific and archaeological sites that are either enshrouded in mystery or highlighted by new information.

This week’s installment falls in the mystery category. A few bodies and some debris were found in Lake Michigan seven decades ago, but nothing related to the disaster has been recovered since.

The hourlong program Wednesday was filmed at the county airport over several days in early September. But why did they film the project there?

Enter Tim Chopp, Army guy, Vietnam veteran and 1962 Trinity High School graduate. Chopp (pronounced “Chope”) also is a longtime aviator – he learned to fly at Greene County Airport at 18. He owns a C-54 plane called Spirit of Freedom, which, he said, is the military version of the ill-fated DC-4.

Chopp, 75, is the founder and president of the Berlin Airlift Historical Foundation, which strives to preserve and promote that humanitarian airlift effort following World War II. He flies Spirit of Freedom nationwide to support that cause. Because of his experience, Discovery Channel reached out to the Toms River, N.J., resident last year.

“They contacted me to see if I could fly the plane and re-create scenes,” said Chopp, who grew up in Lone Pine. “They wanted me to fly to Michigan, but it was too expensive, and asked about a shorter flight. I said, ‘Try Washington Airport.’ I wouldn’t let that go by without thinking about my hometown.”

Chopp pitched the reenactment proposal to Bob Griffin, economic development director of the Washington County Redevelopment Authority, which operates the airport in an agreement with the county. Griffin said the county was interested in hosting the project, and he and Chopp ultimately met a Discovery Channel team at the facility, which sits mostly in South Franklin Township with a sliver in North Franklin Township.

An agreement was forged.

Sections of the airport will be identifiable, and not so identifiable, to local viewers, as cosmetic changes were made to essentially transform the location into a TV production set. The Aviation Business Center was transformed into a 1950s airline ticket counter and an air traffic control tower, and actors used the center’s hangar offices to change costumes and have makeup applied.

Runway 9-27 was used to film the flight reenactment. It features Chopp’s aircraft, which he said is the only four-propeller, engine-driven plane used in the U.S. for historical purposes. He added, proudly, that he has flown slightly more than 600 missions in the craft, including 21 annual flights in Kitty Hawk, N.C., to honor the Wright brothers.

The cause of the disappearance of Flight 2501 is unknown. In fact, there is little information other than 55 passengers and three crew members were on a plane scheduled to stop in Minneapolis, then Seattle, and that bits of evidence were found in the lake. Chopp, however, has a theory.

“When I got my college degree, I wrote a thesis titled ‘Modern Aircraft vs. Violent Storms,’” he said. “ I think the pilot got into storm downdrafts that were so bad, they literally pushed (the plane) into the lake.

“Thunderstorms could rip apart planes then, and can rip apart modern planes.”

“America’s Vanished Airliner” promises to be compelling viewing for anyone who flips to the Discovery Channel on Wednesday evening. This is an incredible story, and an incredibly horrifying one.

Although it won’t be evident to viewers outside the tri-state, the reenactment also will shine a light on Washington County, which pleases Commission Chairwoman Diana Irey Vaughan.

“We’re very fortunate to be selected as the host airport for the show,” she said. “This allows us to be seen in other parts of the country, and that’s a win.

“This is a story about history, and Washington County is very historic.”

Jordan Clemons arrives at Washington County Courthouse in May 2015 for his formal sentencing for the 2012 murder of Karissa Kunco.

Department of Corrections Secretary John Wetzel signed a notice of execution for Jordan Clemons, who killed his estranged girlfriend, Karissa Kunco, in Washington County in 2012.

The notice, which set an execution date of March 13, is a formality to “keep the process moving forward,” according to Susan McNaughton, communications director of the state Department of Corrections. She said if the governor doesn’t sign a warrant of execution, the secretary of corrections must issue a notice of execution.

“In cases where there haven’t been stays, the governor typically issues a temporary reprieve,” McNaughton said.

Clemons was found guilty of first-degree murder by a Washington County jury, which chose to impose the death penalty following a 2015 trial. Kunco’s body was found in Mt. Pleasant Township. Her throat had been slit.

Clemons’ attorney, Marc A. Bookman, called the notice of execution a “routine issuance by law.” He said his client will still be pursuing petitions through the Post-Conviction Relief Act.

“We figured that was Karissa saying, ‘All right, Dad, you got the most justice you could get, now move on from him,’” Paul Kunco said Monday. “I prefer he sits on death row for 70 years. Being alone by himself, not dealing with anybody – I think that’s a better punishment.”

“I personally wouldn’t want him to be executed this year or anytime soon,” Mihelcic said. “Death is too easy. I want him to sit and rot and think about what he did. I’m confident he’ll pay for what he did, and God can judge him when he’s gone.”

Both Paul Kunco and Mihelcic said they don’t “dwell” on Clemons or his case. Instead, they “push forward.”

“We don’t believe he took her from us completely,” Mihelcic said. “We have her memories, and we feel her spirit with us. Our family is still going strong, and we’re doing a lot in her name.”

In Karissa’s name, “Karissa’s Army,” the family has raised money and participated in fundraisers for the Women’s Center and Shelter of Greater Pittsburgh.

“My daughter Karissa has become a legend,” Paul Kunco said. “Her story and her name saves lives.” 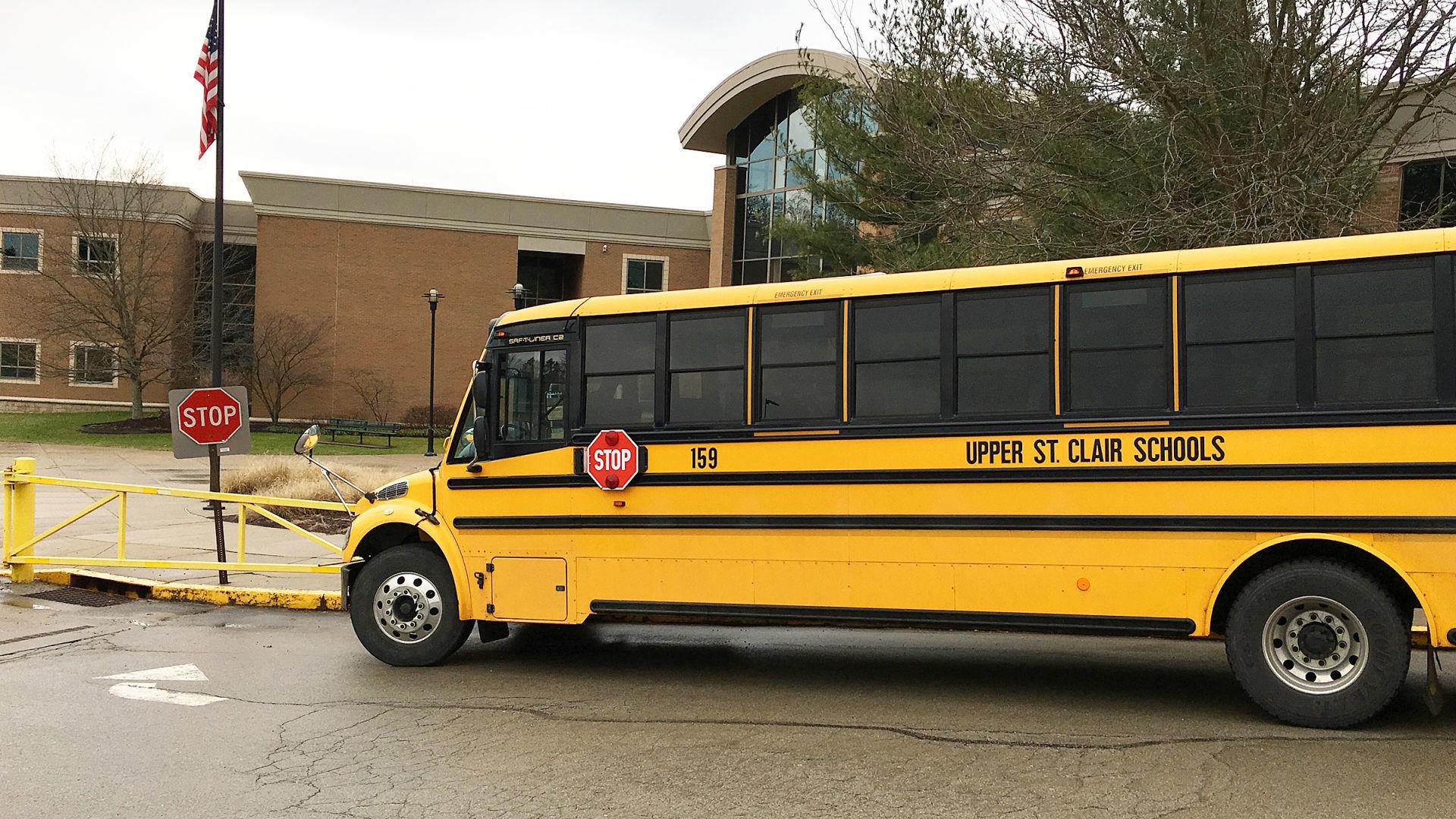 Instead of crowning a king and queen, the Fort Cherry prom has been dealt a crowning blow.

NOAH’s Event Venue in Southpointe, where the 2020 prom was scheduled for May 15, closed suddenly over the past few days. NOAH, based in Lehi, Utah, also shuttered its other 27 venues nationwide, including one in Cranberry.

Several reports stated that the company filed for Chapter 11 bankruptcy in May. FOX 13, a Utah television station, reported on its website that a state judge on Thursday shut down NOAH’s “remaining reception places following months of declining revenue” – costing future brides, promgoers and other event planners thousands of dollars.

A telephone call from the Observer-Reporter to NOAH’s headquarters was answered by only a recorded high-pitched shrill.

For now, Fort Cherry High School is out its $3,420 deposit and out of a venue for a prom slated a mere three months down the pike. And the kids could very well be out that money, said Katie Nemec, a senior and president of the prom committee.

During a phone interview Monday, Nemec said another committee member told her Saturday morning that NOAH’s was closing. Nemec said the committee had sent two checks to the company totaling $3,420, and that when she checked on the status of the checks, they were listed as “pending” on Saturday and on Sunday.

“They were deposited (Monday) morning,” she said. “We haven’t heard from them directly. We gave them all the money we raised. It may not seem like much, but it took a lot of work to do this and we’re in a small district.”

Fort Cherry’s superintendent, Dr. Jill Jacoby, said the district will attempt to recoup funds. “We will work with our solicitor to attempt to recover anything we can,” she wrote in an email.

Fort Cherry, Nemec said, wasn’t done paying NOAH’s. She said students had to raise a total of $5,700 for the company’s spiffy venue at 2000 Town Center Blvd., in the mixed-use Cecil Township park. That cost does not include food, music and entertainment.

As head of a committee of 20, Nemec realizes the clock is ticking on saving the prom. The committee has to book another venue, a disc jockey and a caterer, and surmount other hurdles.

She said the committee will attempt to raise funds again, and was encouraged by word that one school district parent was setting up a GoFundMe page. Nemec, who resides in Midway, added that “a couple of venues” the committee had approached previously have reached out to the school, offering discounts. “But we have nothing. We don’t have money for a down payment, let alone the whole amount.”

The superintendent is angry as well. Jacoby said in a statement Monday morning:

“Our students take pride in fundraising as a class in order to offset the cost of the event, so anyone from the student body is able to afford a ticket and attend a memorable night with friends. As a district, our students, staff and parents are disappointed to hear the news related to the closing of this venue.

“At this time, we are unsure of the ability to gain our deposit back, but will be diligent and try our best to recover our students’ hard-earned money while a new venue is being chosen.”