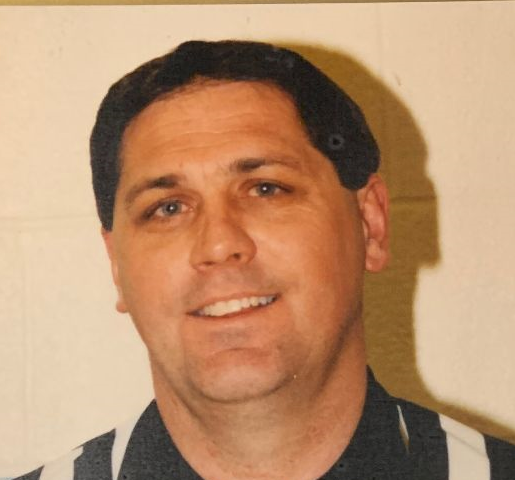 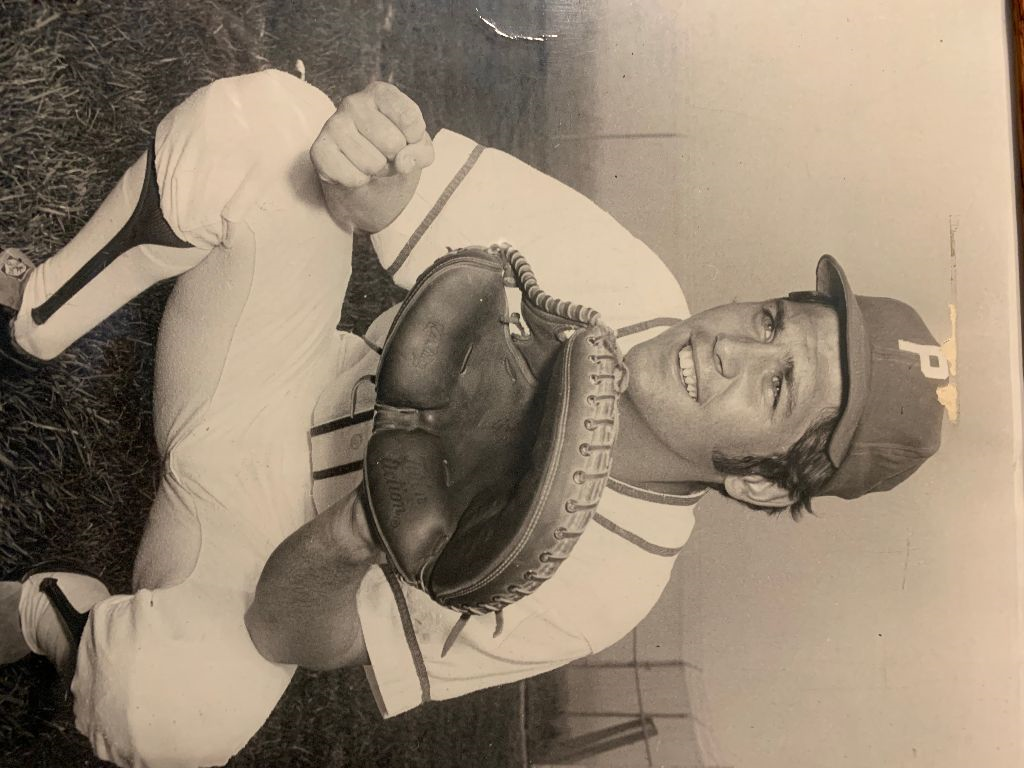 George Preisendorfer was seen as a top defensive catcher.

George Preisendorfer was seen as a top defensive catcher.

The values learned from his parents, collegiate baseball coach and basketball officiating mentor are held tight to his heart and his core.

George Preisendorfer is just that kind of guy.

He swears by the word of his late father, Frank, who simply ingrained in his son: “Treat people the way you want to be treated.”

The words are simple, to the point, and profound.

“I owe a lot to my mother and father,” Preisendorfer said. “They taught me the right way to do things.”

He has done a lot right in his life.

Preisendorfer, 69, was an outstanding baseball player for Bentworth High School and went on to a fine career at Point Park, where he was a standout catcher under the coaching of Frankie Gustine, former Pittsburgh Pirates player.

He also hit a home run as a collegiate and high school basketball official, becoming one of the finest scholastic referees in the WPIAL and the state as evidenced by the number of championship games he worked.

A member of the Washington-Greene County Basketball Officials Association, he received the recognition award in 1979, 2006 and 2014.

In 1999, he was the National Federation State of Pennsylvania Official of the Year.

He officiated the Roundball Classic and NCAA Divisions I, II and III from 1998-2110, working several regional and post-season tournaments.

For good measure, Preisendorfer also is a gifted golfer, winning the senior club championship in 2014 at Nemacolin Country Club, where he has been a member since 1978.

“My parents, I think, just raised me right,” Preisendorfer said. “My wife (Lisa) is second to none. I am blessed.

“I have so many wonderful memories that I’ll cherish for the rest of my life with them starting at an early age.”

What he remembers vividly and affectionately is the commitment his parents made to him.

“(They) sat in the bleachers for almost all of my playing days and into my officiating career,” Preisendorfer said. “My father called me every day before I would play or officiate and say, ‘Have a Good One.’ It’s something I would say to my partners before every game we officiated.”

Preisendorfer’s love of baseball came early as he would play all day before returning home for dinner.

One day in particular stands out. He and his brother, Chris, would go to the store and get a chocolate milk or donuts. He notices a sign about winning a $20,000 baseball park from Kraft. The community that sold the most Kraft caramels and fudgies would win the ballpark.

Preisendorfer was convinced he could help win that ballpark. He did a hard sell on his dad.

Local boosters, community activists, politicians and others came together to help.

After a door-to-door campaign through the Monongahela Valley and an All-Star home run derby held in Charleroi, featuring a handful of big-league players including Stan Musial, Ken Boyer, Dick Stuart, Bob Skinner and Dick Groat and more than 55,000 bags of Kraft caramel bags, the “Caramel Kids” won the ballpark.

It eventually led to the building of Caramel Park.

“Baseball was a love of mine,” Preisendorfer said. “Convincing my father to pursue the Kraft contest wasn’t easy. It was exciting.

“My baseball days at Point Park were great days. I carry those dear.

“Playing for Frankie Gustine was special. Having the opportunity to go to Florida and train with the Pirates was unreal. I remember (Pirates manager) Danny Murtaugh sitting in his rocker talking to Frankie. The first day, we got our butts beat. The second day, we beat them. I have a fond memory there.”

Preisendorfer’s other memories include one from a fall season that saw him deliver 11 consecutive hits.

“I was more known as a defensive catcher,” he explained. “To have 11 consecutive hits. …”

Most amazing is how Preisendorfer actually landed at Point Park.

“My mother actually just picked up the phone and called Point Park and talked to Gustine. She told him Point Park could use me on ‘your baseball team.’

“She was my biggest fan,” Preisendorfer said.

King of the Court

His biggest advocate for becoming a basketball official was Christy.

The two were more than partners on the court. They were best friends off the court.

“The guy who knows the most about George was Christy,” Swart said. “Those two always had the big games. They earned them. The rest of us rarely got the chance to go to Uniontown. Those two not only went to Uniontown. They went to Altoona, really all over, anywhere there was a big game.

Swart said he never totally understood how well-known Preisendorfer was through the state until the two were presented their 35-year watches at a state convention in 2011.

“Here we are, surrounded by the hierarchy of the state,” Swart said. “These guys knew George by name and were talking with him. It was impressive.”

What is more impressive is how Preisendorfer is thought of by his peers.

“The things that made George a good referee are the same things that define him as a person,” said Steratore, CBS football and basketball analyst. “He is hard working, a great communicator, and an honest and fair man. Those same virtues apply to (his) officiating.

“He was always the guy who never talked about his accomplishments. His humility was contagious to all that were around him. “I was a young, college official when I met George. I can say that he immediately started to help me from day one. When you’re young and naive, which I was at that time, having an experienced person want to help was priceless.

“It is always a great thing when good people are recognized. And George is definitely one of those people.”

Preisendorfer said his officiating career began at Peters Township for a junior high school game between the Indians and South Park.

“I actually liked it,” Preisendorfer said. “Bill made fun of me because I wore white socks and that’s a no-no for officials.

“Five thousands games later, I fell in love with it. My involvement with the sport took me to great places with great people. It’s a piece of my life I’ll cherish forever.”

Only once did Lisa ask him not to go to referee a game.

“I was assigned to go to East Stroudsburg,” Preisendorfer said. “The weather forecast was terrible. Lisa asked me not to go. I said I have to show up. So, I went. I came back battered and beaten by the trip in that weather.

“She asked me this: ‘If there was a $100 bill laid on the sidewalk in East Stroudsburg and they told you it would be there when you got there, would you have gone.’

The commitment to the game was not lost on those who were familiar with Preisendorfer’s work.

“I think the secret to George’s success was not only that he was an excellent referee, but he is a better human being,” said former Peters Township and Canon-McMillan basketball coach Rick Bell. “You can look at some people and say they are really good at what they do but you are not sure about the person they are.

“George is a better person than a referee. He is one of the best, if not the best, I ever worked with in my 31 years of coaching (high school) basketball.”

Bell said the secret to Preisendorfers’ on court success and prowess as an official was simple.

“George was in control without being controlling,” Bell said emphatically. “That was the secret to his success.

“Sometime coaches know before the game who the officials are, sometimes you don’t. When I walk out on the court before the game and saw George standing there, I knew the game would be called correctly and fairly, that he would give his best effort. George could control the game by talking with you and to your kids. He would communicate with coaches, players and his partners. If he felt (the coach) or players were talking about or saying things that shouldn’t be said, he’d say that’s enough and get on with the game.

“You respect that control he had and his ability to deal with people. That ability takes it to an entirely different and higher level. That is why he was always one of the best.”

The Preisendorfers, who reside in Washington, have two daughters, Lindsey Crothers (Justin), and Gabreal. They have a grandson, Levi George Crothers.

George said he spends a great deal of time with Levi (5), who shares his love of golf.

“We go to Top Golf three to four times a week,” Preisendorfer said. “He loves golf. I love spending time with him.”

Spending time has been a Preisendorfer quality throughout.

“I’m really proud of the relationship we had on the court,” Bell said. “The coach-official relationship can be adversarial at times – never with George. George always did it with a smile on his face. I always believed you can judge a person by the way they treat someone who can do nothing for them. We are all human and we try to be nice to those who can help us. George was good to everybody whether they could help him or not. You knew he was going to be good to you.”