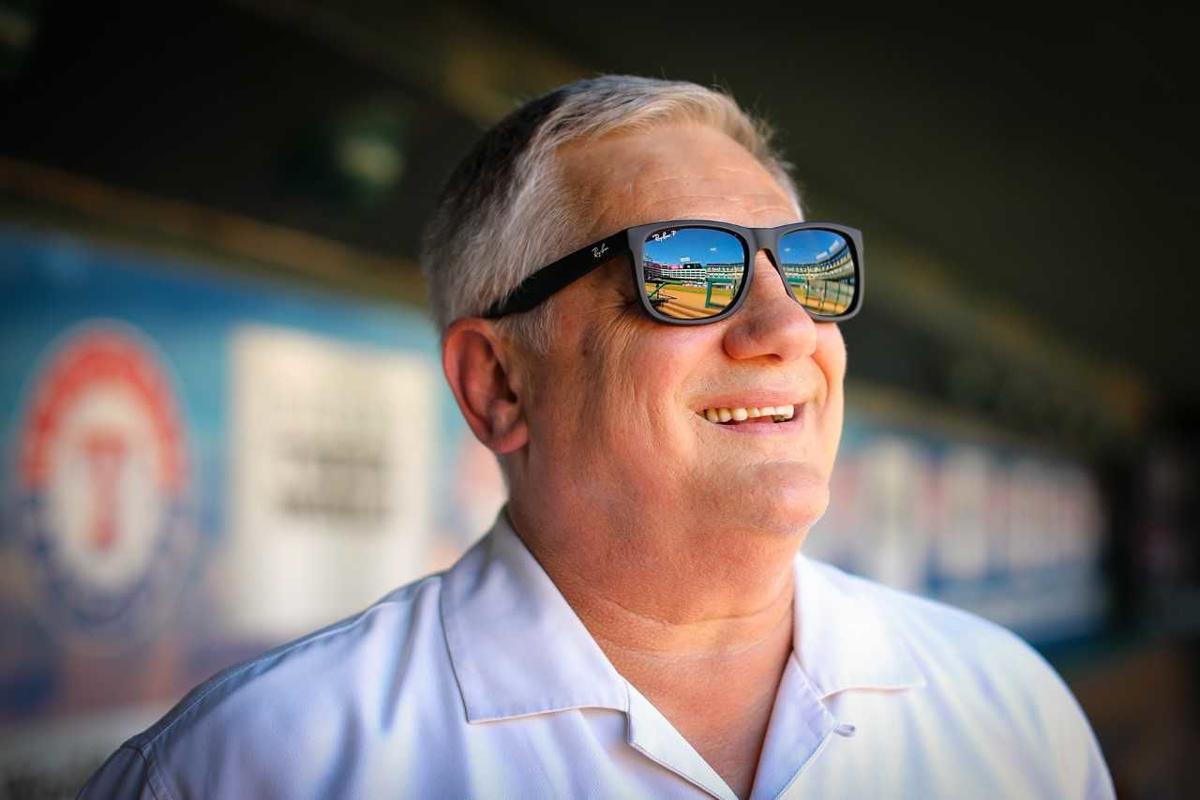 Donnie Pordash has worked in the Texas Rangers’ organization for 30 years. 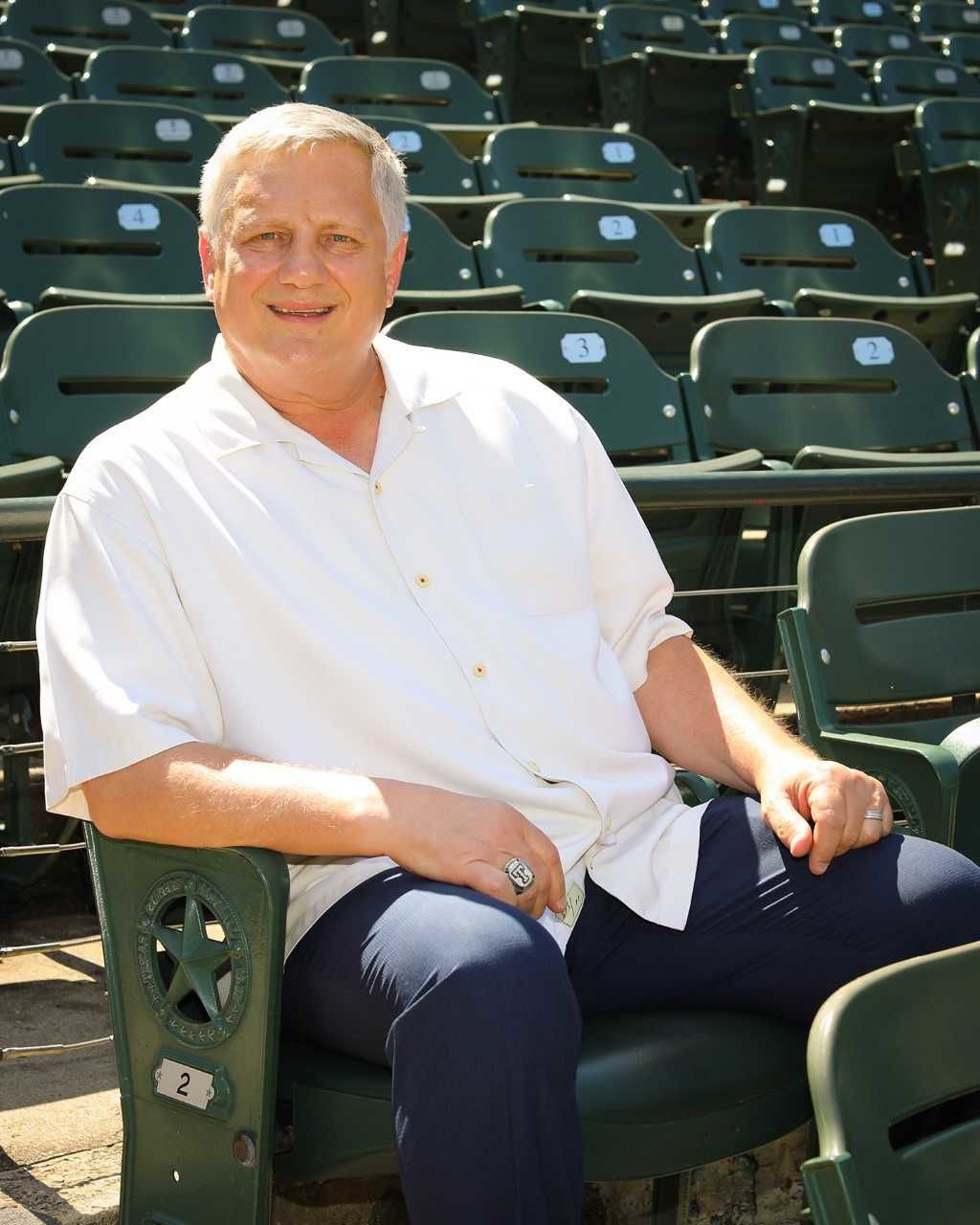 Donnie Pordash is the senior director of customer service. for the Texas Rangers’ organization. 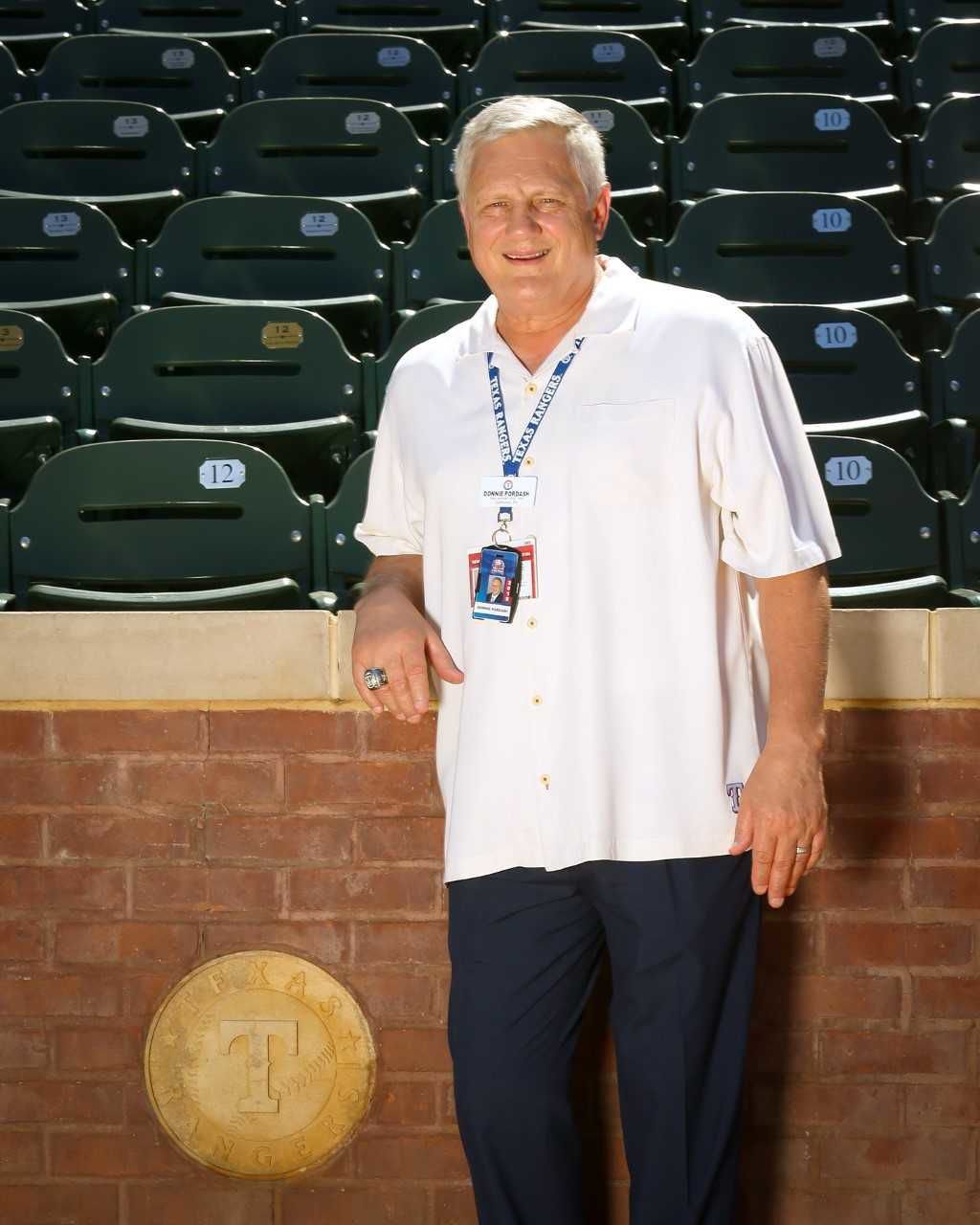 Donnie Pordash has worked in the Texas Rangers’ organization for 30 years.

Donnie Pordash is the senior director of customer service. for the Texas Rangers’ organization.

Donnie Pordash has been serving people a long time.

But his greatest enjoyment is serving the Texas Rangers’ baseball club and the team’s loyal following.

“On game days, my job is to handle fan issues, complaints or needs,” Pordash said. “I handle 90 percent of the emails, letters, calls and social media requests from the fans on a daily basis.

“Each home game, I talk and interact with as many of our seasonal employees as possible. It’s a busy place. I deal with at least 250 customers a night who have questions or concerns. Basically, I’m the one who solves their problems. The Rangers pay me to retain customers.

“We want them all to come back and to trust in me and the Rangers. The organization does care about the fans. I am the one who takes care of them. You treat people like you want to be treated.”

Pordash, a three-sport athlete from California Area High School and 1975 graduate, has moved through the ranks in his 30 years with the team. He is present at all home Rangers games at Globe Life Park in Arlington and looks forward to next season’s move to Globe Light Field also in Arlington.

He started as a seasonal employee, serving as an usher. From there, he moved to having parking and some security responsibilities at the ballpark. He then was charged with hiring and mentoring seasonal employees.

Currently, Pordash is the Rangers’ senior director of customer service.

He’s worked and enjoyed two World Series’ with the Rangers (2010 and 2011), and with his increasing responsibility in the Rangers’ organization has become an invaluable part of the staff and operations.

In his role, Pordash is in charge of hiring and training about 1,200 seasonal employees who work at the stadium during the baseball season. He also manages the budget for gameday operations. He has overseen parking operations with the Arlington Police Department and the Texas Department of Transportation.

He also manages many special community events presented by the Rangers.

No one appreciates Pordash’s rise through the organization more than Richard “Hoggy” Price, who urged Pordash to apply for a seasonal position with the club when Pordash and Price both worked for Delta Airlines.

Price was working for the Rangers’ by operating and taking care of the umpire’s room at Arlington Stadium, the club’s former home ballpark.

“We were working together for Delta and he seemed frustrated with the airline industry,” said Price, who currently is assistant vice president of business operations for the club. “I gave him a couple names to call with the team.

“I just felt Donnie’s passion for sports and his love of baseball would be a great help to him. His big personality always stood out in my mind. Things have turned out well for him.”

They have turned far away from what Pordash thought coming out of high school.

“I never dreamed this,” Pordash said. “I thought I would go to college and become a basketball coach. That’s what I wanted to do.”

Pordash played football, basketball and baseball at California. He was part of a basketball team that finished second to Frazier in the section in 1975. At that time, only the section champion advanced to the WPIAL playoffs. The Commodores went to the finals while the Trojans could just watch.

In baseball, California made the playoffs by winning its section in the 1973 season only to lose to Peters Township, 1-0, in the opening round.

“It was different back then,” Pordash said. “We only played a sport during its defined season. Today, all the sports are played all through the year. We rarely got instruction from camps or by playing in select leagues.

“I loved playing basketball, playing great defense and outhustling everybody.

“We had a really good team in 1975 but we didn’t win the section. Now four teams go to the playoffs from a section. In that playoff baseball game, I hit one in the gap, off the wall. I tried to stretch it into a double and was thrown out at second. That was it. We could not generate a run and lost.”

Pordash credited the late Bud Grebb for mentoring him and keeping him in line during his scholastic days.

“He cracked the whip on me,” Pordash said. “He kept me straight. Bud was a good coach. I attribute my hustling and giving 100 percent effort to him.”

Pordash’s friends also made an impact.

Mark Jenney, Pordash’s teammate and friend at California High School, said the two were like brothers those days.

He said Pordash’s willingness to give maximum effort in sports and the same off the field is what makes him special and successful.

“Donnie was a tough kid, a great teammate and a great person,” Jenney said. “He would do anything for you.”

What Pordash did for Jenney was introduce him to his future wife – somewhat by accident.

“He was in the 10th grade and he wanted a date with this girl,” Jenney explained. “She was Nadine’s best friend and the only way it was going to happen for Donnie was for me to go out with Nadine. Well, 46 years later, Nadine and I are still together, married in 1980. I think Donnie was one and done with that girl.

“Nowadays we don’t see each other that often. But he was one heck of an athlete, tough nose football player. We played on some great teams together throughout high school. If we weren’t playing ball, we were hanging out with our friends.

“We were so close. We spent time at one another’s house. He was one year ahead of me in school, so he got his driver’s license before me. My dad would let him use his car. That’s how close he was to me and our family.”

Pordash moved on from California to West Liberty College – now West Liberty University – where he planned to play football.

“Football was tough there,” Pordash said. “I was a better baseball player, but my plan was to go to West Liberty, stay in school and get a degree.

“It was an eye opener for me. After my sophomore year, I went to Wildwood (N.J.) to work at a pizzeria. That’s when I got into the pizza-making business. The guy offered me a job working at his pizzeria in New Jersey.

“From there, two guys I knew had opened an Italian restaurant in Texas. They offered me a job and that’s how I got into the pizzeria business there. I packed up two boxes of clothes and flew to Arlington. We were making a killing but after two years they let me and another guy go to hire cheaper labor.”

Pordash moved to Delta from 1986 to 1989. In the interim, he had met a girl at the pizzeria – his eventual wife, who was attending Stephen F. Austin.

“She had a crush on me,” Pordash chuckled. “I asked her out and that was all she wrote.”

Pordash and his wife, Kristin, have been married 33 years. They have been Rangers fans for longer. They both took on seasonal jobs with the team to stop spending so much money on tickets and parking.

“We were spending money we didn’t have,” Pordash said. “We decided to not buy anything, just watch the game. Finally, Hoggy just said to come and work there.

Pordash found both of his loves through the Rangers.

“I was fortunate to be able to leave (California) and find something like this,” Pordash said. “I was glad to get out of the cold weather.”

“I wish I’d see my old friends a little more,” Pordash said. “But I found a job I love in the sport I love. The Rangers have empowered me to make sure the fans keep coming back. I try to be as friendly and helpful as I can be.”

Price said Pordash’s personality and willingness to help are rarities in today’s world.

“You take people like me and Donnie, those kinds of people are the foundations for organizations. We have a great passion for the game, not for the money. We’re probably some of the last of a dying breed. Donnie has old-school, core values. What he has done for the Rangers and the organization is second to none.

“Donnie still has the passion and the burning in his heart for his Pittsburgh teams – the Penguins and the Steelers. He has his black and gold in his office with pictures of the Rangers and pictures of his family. He loves it all.”