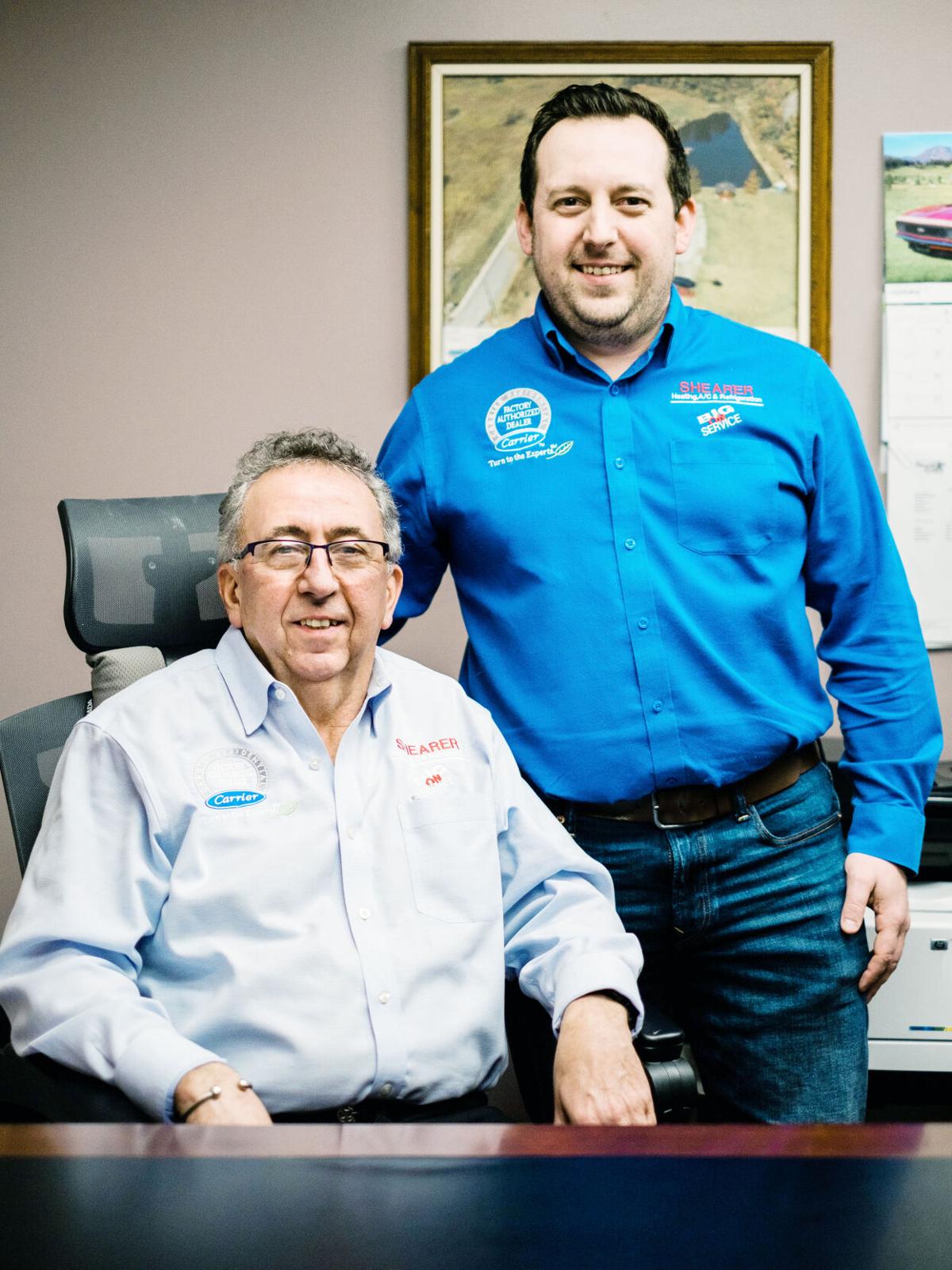 Rob Campe, standing, is the new president of Shearer Heating, Cooling & Refrigeration. He takes over for his father, Bob. 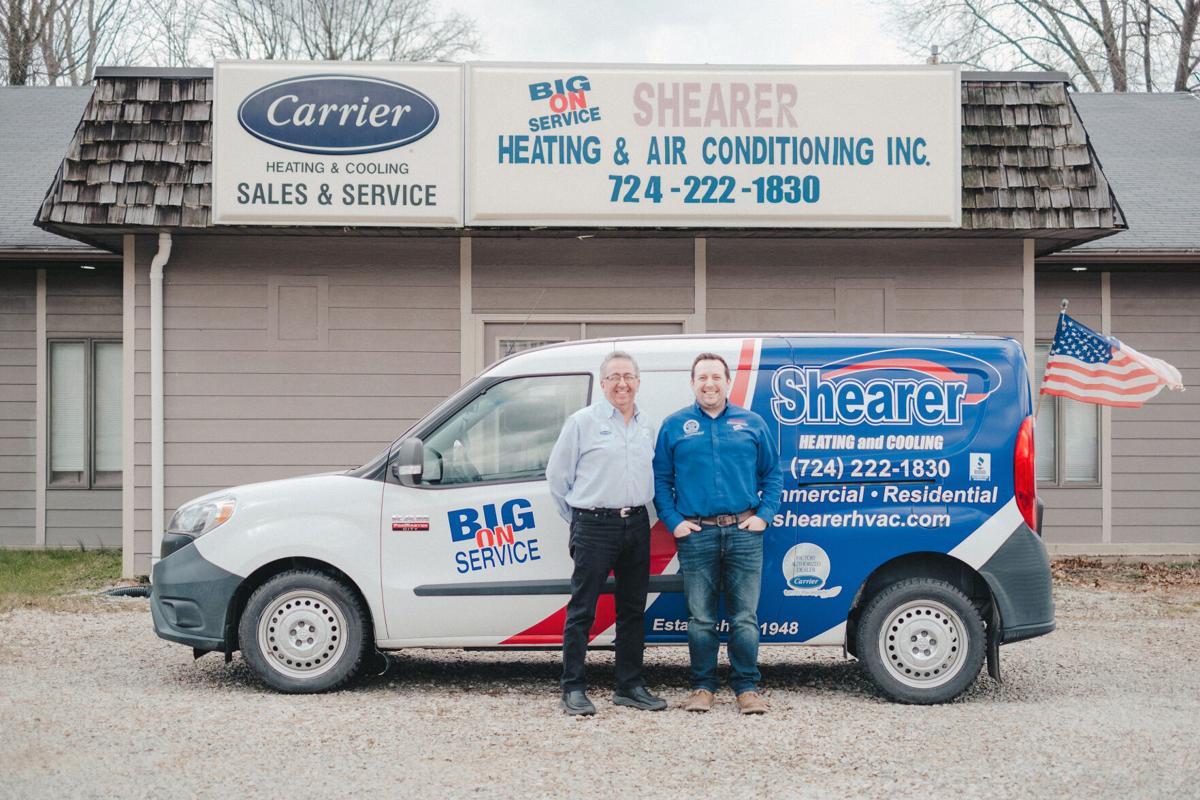 Rob Campe, standing, is the new president of Shearer Heating, Cooling & Refrigeration. He takes over for his father, Bob.

The heat is now on Rob Campe. So are cooling and refrigeration.

Campe, 38, is the new president of Shearer Heating, Cooling & Refrigeration. He took over operations from his father, Bob, this weekend – and is not lukewarm about the prospect. In fact, he is eager to serve.

“I think it’s on a business leader to keep customers happy and keep things going,” said the son, head of a venerable Washington County company. “We’re here for our customers. If we make a mistake, we vouch for ourselves. We’ll make it right to 100% satisfaction.”

Bob, 66, is still on board and satisfied that he is. He has an agreement to work 25 hours per week, in “operations,” as he calls it.

His father and mother, Denise – the company’s secretary-treasurer – continue as co-owners. They and Rob head a staff of 20 at their location along Old Plank Road in South Franklin Township.

It is a time-tested business, to be sure, one that Dick Shearer and his wife, Eva, launched nearly 74 years ago in their South Strabane Township home. The couple ran it on East Maiden Street until 1991, before selling to Bob and Denise Champe.

Shearer Heating was a small endeavor at that time, with but one installation crew and four employees – including Bob, who handled sales and service. The new owners, however, were determined to expand operations and the payroll.

“Dick was into heating and air conditioning,” Bob said. “We added commercial HVAC and refrigeration when we bought the company.”

Within a few years, the family’s burgeoning business was outgrowing its space on East Maiden. The Champes were forced to seek new digs and found them downhill from Washington County Airport. Shearer Heating has been at that location since 1998.

So has Robert Jr. He was 15 when his father moved the company to South Franklin, and has handled virtually every task there during the intervening 23 years.

During high school, Rob worked as a $5-an-hour intern at Shearer while attending classes at Western Area Career & Technology Center in Chartiers Township. He also studied at Pennsylvania College of Technology, in Williamsport, and became well versed in HVAC, plumbing, refrigeration and business. Rob later completed training that enabled him to go on maintenance calls for the company.

“Rob,” according to his father, “has done just about every job here.”

Experience is invaluable in any workplace, to be sure. But the new president, who resides in Washington with his wife, Mackenzie, and their two children, also plans to adhere to the guiding principles his dad established. One appears in a message displayed on a wall at the worksite.

“The only thing a man can take beyond his lifetime is his ethics,” the message reads.

“That’s how we run a business,” Bob Champe said. “If you’re ethical, you don’t avoid a customer. You can go straight ahead and look that person in the eye.”

Like many businesses, Shearer absorbed a hit during the early months of the pandemic in 2020. The firm has rebounded, though. Besides serving private customers across the region, it has accounts to provide refrigeration for large restaurant chains such as Cracker Barrel Old Country Store, Olive Garden and Outback Steakhouse; at BJ’s and Bonefish Grill at South Hills Village and Cheddars Scratch Kitchen in Triadelphia and Morgantown, W.Va.

Shearer Heating is licensed in Pennsylvania, West Virginia and Ohio.

The company, according to Bob Champe, again is planning further expansion.

“We hope to bring on electrical and plumbing someday,” he said.

The holiday season is not a peak time for certain businesses, which may prove to be the case with Shearer Heating, Cooling & Refrigeration. No worries. In a 2018 interview with the Observer-Reporter, Bob Champe said temperature extremes play into the company’s wheelhouse – meaning the firm soon may be hitting it out of the park.

“The hotter it gets, and the colder it gets,” he said, “the busier we get.”