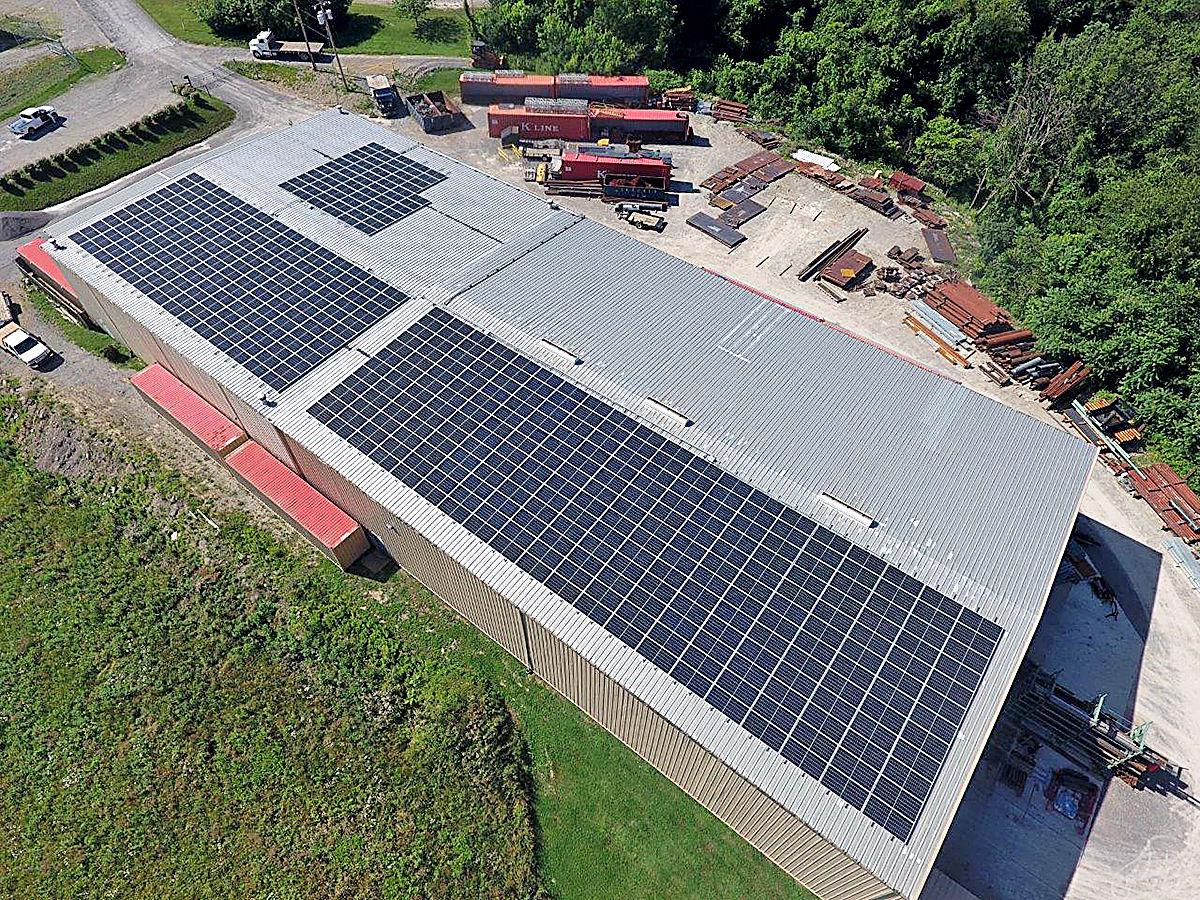 GreeneTech has 470 solar panels – 16,000 pounds’ worth – on its roof as part of a system that became operational in June. 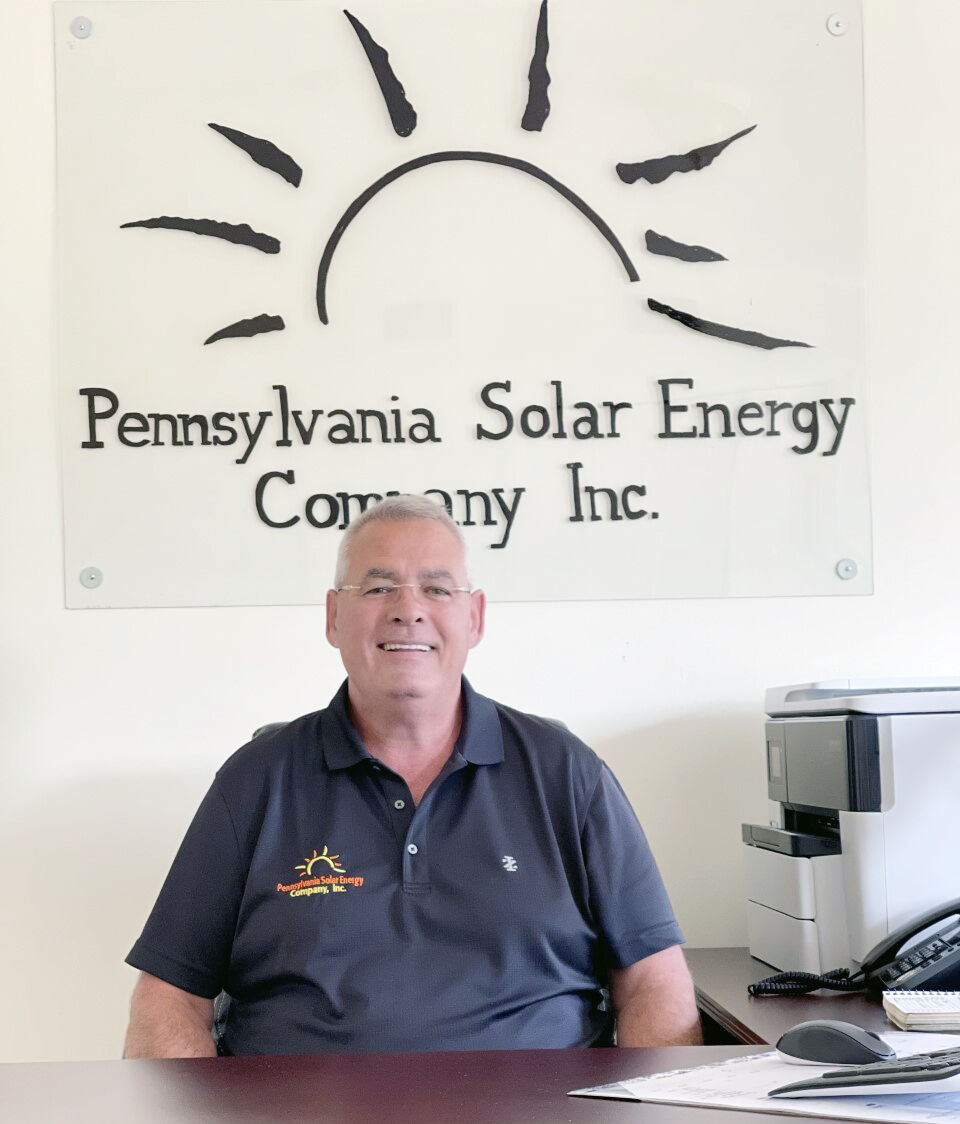 GreeneTech has 470 solar panels – 16,000 pounds’ worth – on its roof as part of a system that became operational in June.

Solar power, according to the Department of Energy website, “is more affordable, accessible and prevalent in the United States than ever before.”

Capacity nationwide has grown from 0.34 gigawatts in 2008 to 97.2 gigawatts today, which DOE says is, “enough to power the equivalent of 18 million average American homes.” Solar photovoltaics and concentrating solar-thermal power, collectively, produce more than 3% of U.S. electricity, a percentage that has risen as prices have fallen.

The average cost of PV panels has plummeted 70% since 2014, according to DOE. Panels also are subsidized by a 26% federal tax credit and the net metering law. A solar array can be cost-effective for businesses and private residences alike.

This is happening at a time when renewable energy, overall, is on the rise. A June report from the U.S. Energy Information Administration, “in 2020, consumption of renewable energy” increased for a fifth consecutive year and accounts for 12% of total U.S. energy consumption.

These are sunny realities, to be sure.

Yet, while operating in a state where solar power accounts for 1% to 2% of the energy grid, Bill Reedy notes clouds have gathered in the form of shortages – of materials and workers – and higher commodity prices.

“If we were having this conversation six or seven months ago, I’d say prices were coming down. But over the last four or five months, we’ve had price increases of over three times,” said Reedy, owner of Pennsylvania Solar Energy Co. in North Strabane Township.

“A big problem is the materials that are used to make systems are lacking. Production just isn’t there. All equipment is made with aluminum, and manufacturers have had problems getting materials.”

He said recently a one-inch conduit, “which we typically in use every day, is now very scarce” – and costlier.

Supply chain shortages and delays are deterring still another industry.

Jobs-wise, and despite the pandemic, solar installation was the fastest-growing position among all U.S. energy industry sectors in 2020. And it is expected to continue to increase, although a recent New York Times report stated that many solar installation workers are non-union and many are being underpaid.

Reedy, however, said he is not inundated with job applications.

“We’re constantly looking for people,” he said. “I’ve been running adds for three or four months and I’m lucky if I get one phone call every two weeks.

“It is hard to find capable people to bring into the industry. No one seems to want to know the trade anymore.”

Like a number of employers over the past year, Reedy complained “nobody wants to work anymore – not if they’re getting $300 additional – in unemployment compensation. You want to bring someone in for $17 to $20 an hour, and they realize they’re making more sitting on a couch.”

An uptick in solar projects has occurred nationwide since arrival of the outbreak more than a year ago.

“People were staying home, had big electric bills and decided to do something, so they installed solar.”

McKay admitted, though, “we’re still facing barriers that keep Pennsylvania” from experiencing a bigger impact from this renewable. “We don’t support solar like other states do,” he said, citing a lack of incentives for the resource.

Financial concerns continue to be an issue, McKay added.

“It’s getting cheaper all the time, but upfront costs scare some people,” he said. “There are no state tax credits or upfront grants.

“Another issue is a home may not be suitable. The roof is too old or rusting” and can’t draw enough sunshine.

Two significant solar projects have been discussed in the southwestern-most corner of Pennsylvania in recent times. One, at a food bank, has been a fruitful endeavor; the other has not.

The system, according to officials, will save the food bank about $30,000 per year – practically offsetting its annual energy costs. The array provides the electricity for the five hydroponic and aquaponics units on the food bank’s farm.

Twenty-two months ago, Greene County was targeted for the development of one of the largest solar facilities in the Appalachian Basin, and perhaps the largest in Western Pennsylvania.

Now that project is in abeyance.

Longview Power LLC, near Morgantown, W.Va., was planning to construct a 70-megawatt utility grade solar field. An estimated 185,000 solar panels were to be placed on land the company purchased on both sides of the Monongahela River, separating Pennsylvania and West Virginia.

At the time, Greene County commissioner Blair Zimmerman said most of the solar project property – 300 acres – would be in Dunkard Township in Greene. The installation was projected to cost an estimated $76 million and was targeted for commission in late 2021.

Contacted recently, Zimmerman said he has heard nothing about these plans.

Although the Keystone State ranks 22nd in solar power, according to the Solar Energy Industries Assoc., usage is increasing. Pennlive.com reported in March that Pennsylvania added 265 megawatts of new solar energy in 2020, a record.

That trend likely will continue, despite Pennsylvania’s overwhelming reputation for overcast skies. McKay said that concern should not dissuade would-be users.

“In terms of sunshine, we are very cloudy,” he said. “But that is not the main obstacle. If you want to install solar, the technology will make it work in Pennsylvania the way it does in Arizona.”