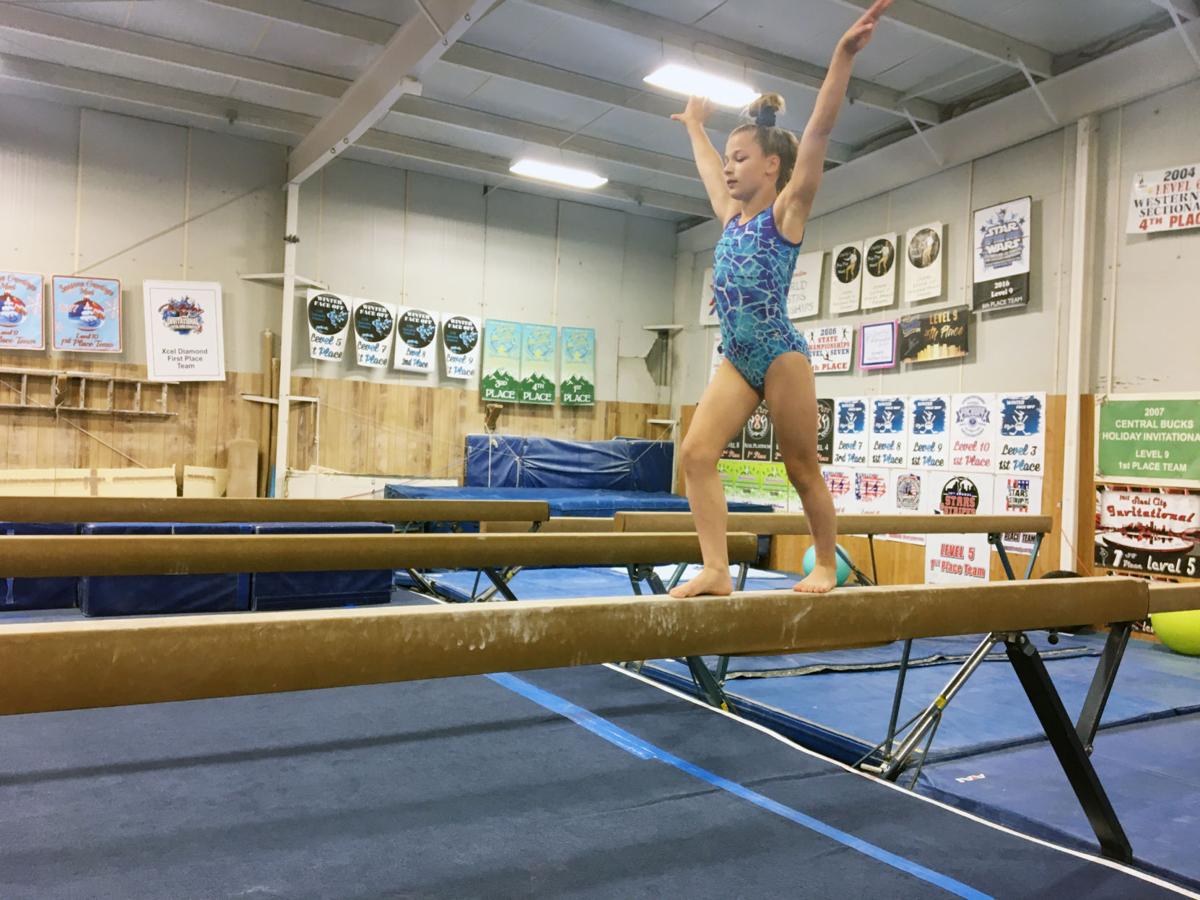 Emily King works out on the balance beam during a recent class at Meadow Lands Gymnastics. 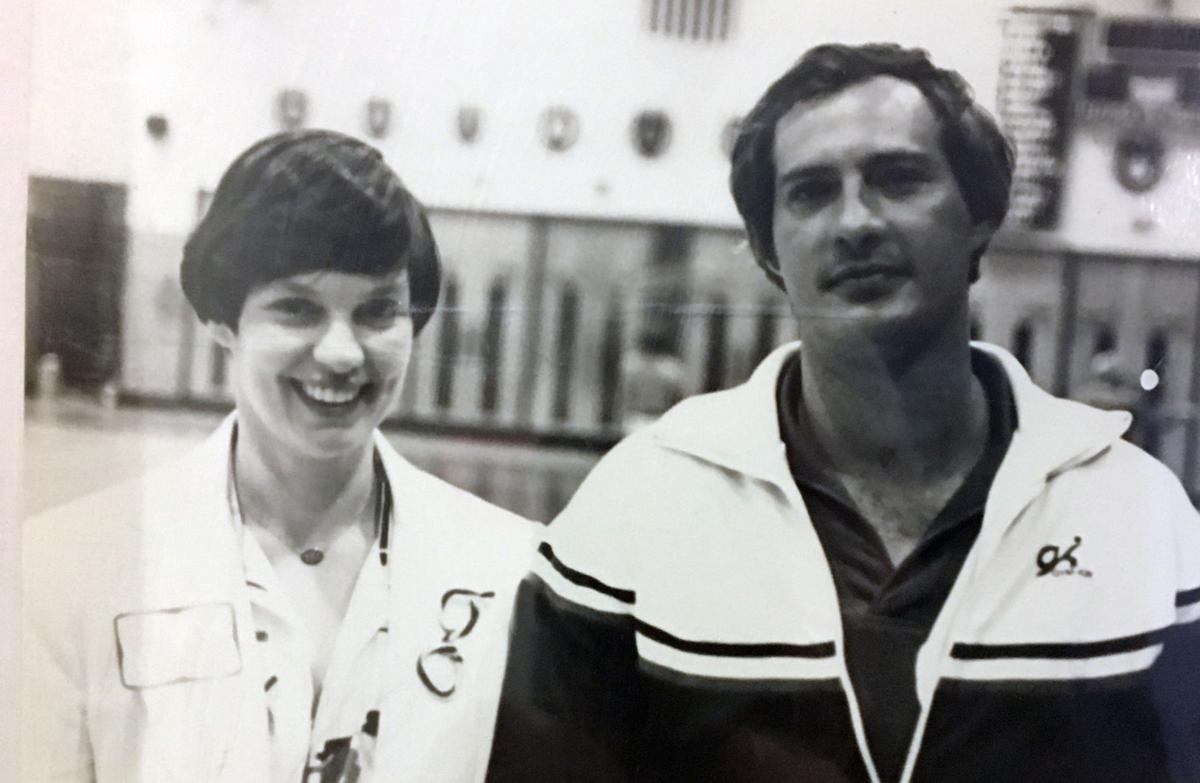 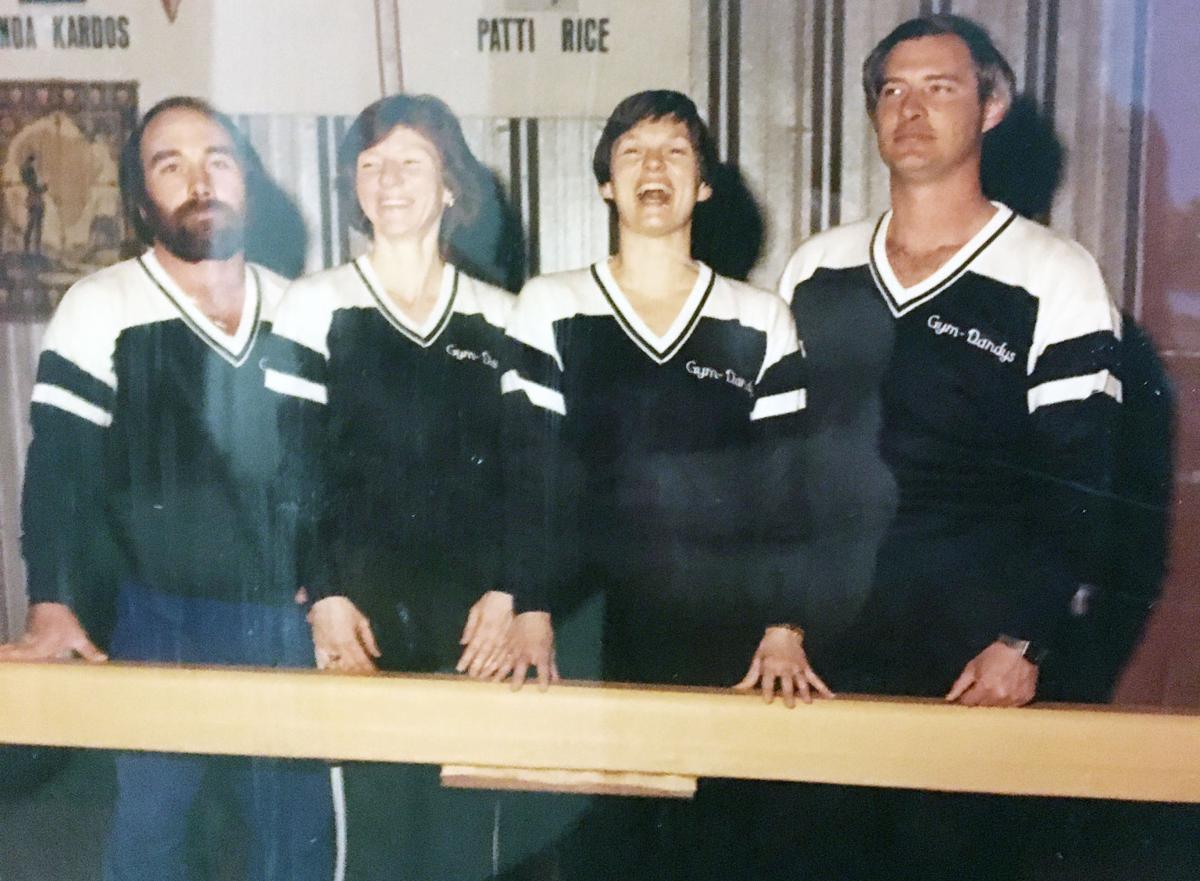 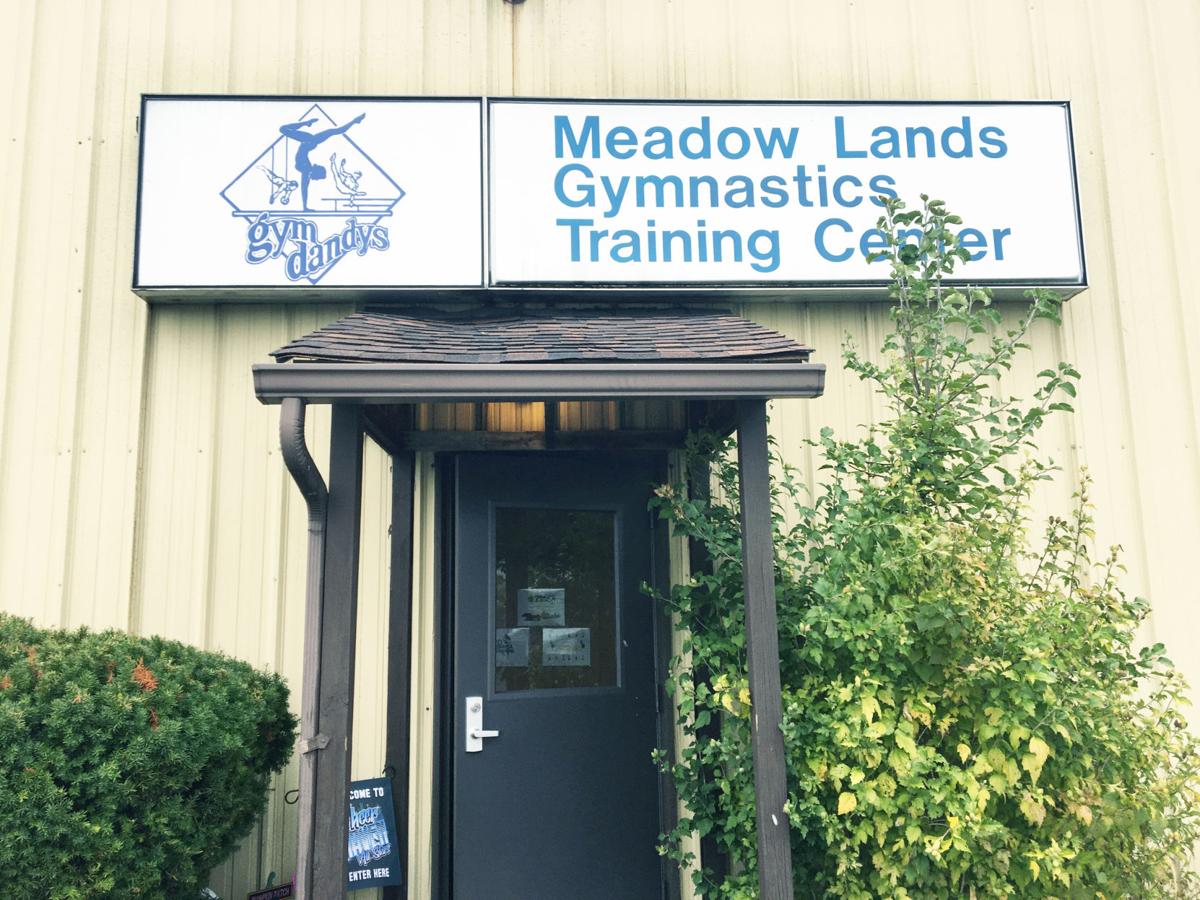 Many have entered the Gym Dandys facilities since the first one opened in 1976. 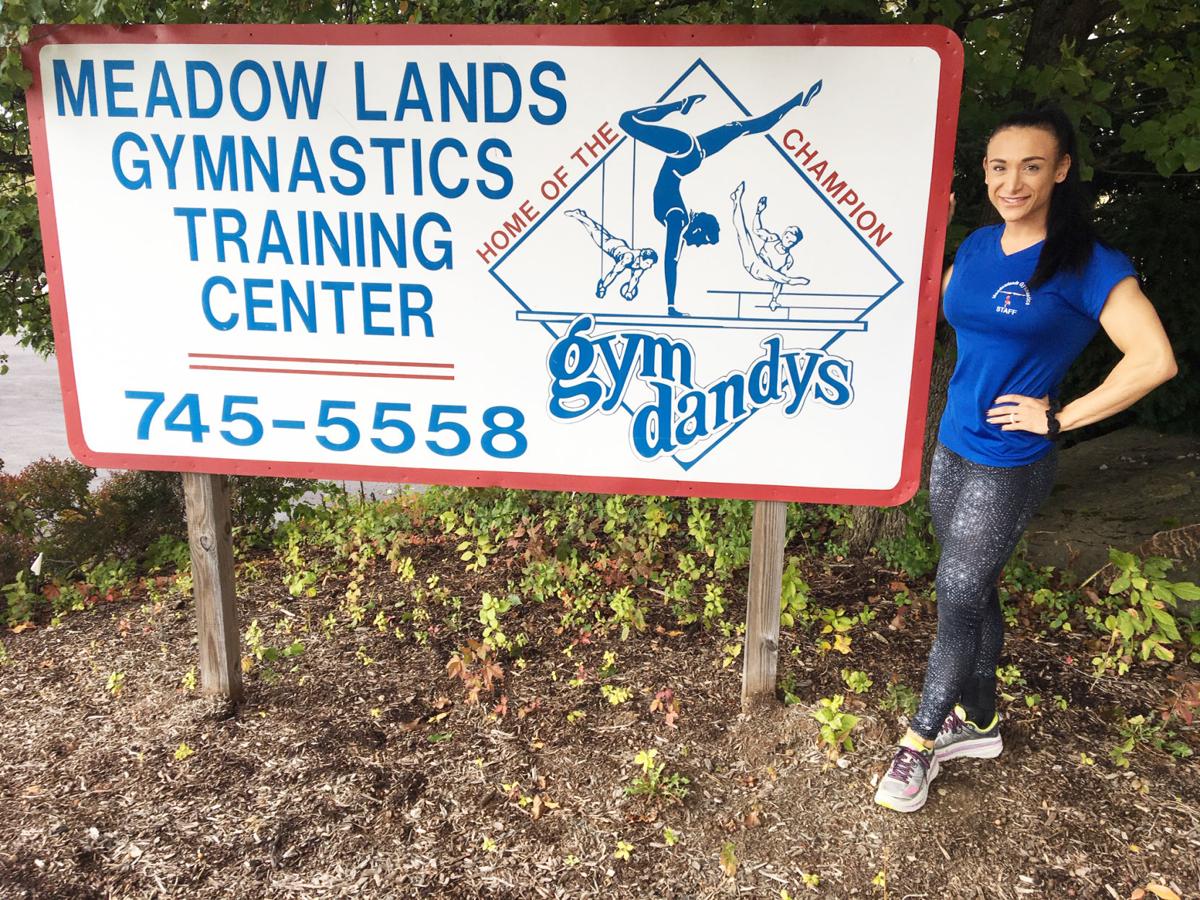 Darrian Borello is in charge of operations at Meadow Lands Gymnastics Training Center.

Emily King works out on the balance beam during a recent class at Meadow Lands Gymnastics.

Many have entered the Gym Dandys facilities since the first one opened in 1976.

Darrian Borello is in charge of operations at Meadow Lands Gymnastics Training Center.

A Jim Dandy of a gym is closing down.

The only post on gymdandys.com says the facility is shuttering because of the health of owner Scott Miller, who was diagnosed with a serious illness only a few weeks ago. That message goes on to say, “We are thankful for the friendships that have been made throughout our journey! We want to thank EVERYONE for everything you have done for us this past year.”

Miller is selling the spacious facility and expansive property along Interstate 79 in North Strabane Township. Gymnastics instruction and training probably will not be a future use of the building at 345 Meadowlands Blvd. that has served thousands of young athletes for 35 of the business’s 43 years.

But despite the imminent shuttering, the door to remaining a gym is slightly ajar. “We hope to find a savior” who will keep the status quo, the anonymous employee said.

Yet, staff has scheduled a goodbye get-together at the center for alumni, parents and anyone else linked to Gym Dandys from 3 to 7 p.m. Oct. 26. And a man intimately close to the gym doubts that a savior will emerge.

“It’s sad to see it go, but it’s time,” said Steve Warbutton, son of the late Danny and Susan Warbutton, who founded the business in 1976 at a warehouse in Canton Township.

Referring to the Racetrack Road vicinity, Steve said, “That area has grown up and become a sought-after property. If someone wants to keep it as a gymnastics school, they’ll have to move on it now.”

Closure of Meadow Lands Gymnastics will create a massive void in that specialty in Washington County and beyond. About 500 students, age 3 to late teens, are participating in classes there, some commuting from the South Hills, Waynesburg, West Virginia and Ohio. If the gymnasts continue in the sport, they will do so at venues elsewhere in the Pittsburgh area or out of state.

The gym also has a competitive team of 46 girls, said Darrian Borello, director of operations. There is speculation that one of the coaches is trying to keep that group together at another facility.

In the realm of gymnastics, Meadow Lands Gymnastics has a marvelous reputation. Its gymnasts have won numerous championships, including several at the Pennsylvania state and local high school level. More than 50 of the center’s gymnasts have received full athletic scholarships to Division I colleges, said Borello, who was among them – she attended Central Michigan University. The most successful of this group was Patti Rice, who was an international elite competitor and a gymnast at the University of Alabama.

“Our legacy in Washington is huge. The Gym Dandys name is known all over the state and country for gymnastics and the role gymnastics played in people’s lives,” said Borello, who competed out of Gym Dandys while attending Mt. Lebanon High School and is now a topflight body builder.

Danny and Susan Warbutton launched this business more than four decades ago, off Route 844 in Canton. And it was an interesting start. Their son, Steve, said fabled 84 Lumber founder Joe Hardy “played a major role in establishing the new building.”

His father ran the center and his mother was an instructor there for many years, although both performed a multitude of duties. Danny died in 2014, Susan last December. Susan, according to an employee, had sold the center to Scott and Karen Miller. Karen died in May 2018.

Emily Holmes knows the place well. She was a gymnast there for 13 years, and competed with the Gym Dandys team; taught at the center and has been taking her son, 2, and daughter, 4, there for tumbling classes.

“I’m deeply saddened (by the pending closure),” said Holmes, a North Strabane resident. “This has been part of my life for over 30 years. It’s like they say, ‘Once a Gym Dandy, always a Gym Dandy.’”

A friend, Grace Dalmolin, was a Gym Dandy for four years as a child who, drawing upon many of the skills learned there, later became a diver at Trinity Area High School.

“I loved that time (in gymnastics),” said Dalmolin, digital strategy director at the Observer-Reporter’s Reimagine Main Street. “I still have that purple T-shirt, ‘Tumble Into States.’’’

Now, Scott Miller is selling a building and property he has loved, a site where he made a successful and unlikely athletic transition of his own. He was an outstanding wrestler in days of yore, and was elected to the Trinity Area Sports Hall of Fame and the Washington-Greene chapter of the Pennsylvania Sports Hall of Fame. Later, he developed into a well-regarded coach in a wildly different sport, gymnastics.

His big sister, Eddie Bradley, a former Trinity employee, recounted warm memories of her sibling as she worked the counter at the gym last week.

“When Scott coached, he had a nickname for every kid,” she said. “He was one of the top coaches in the area.

“He’s had a lot of fun times. He’s accomplished a lot of things in his life.”

That includes operating a Jim Dandy of a gymnastics center.