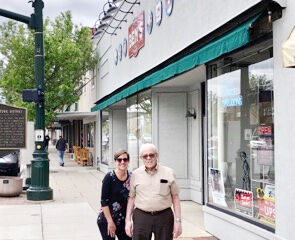 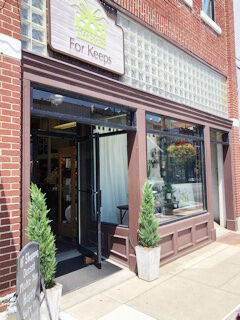 Ben’s has been operating in Bowling Green, Ohio, for 45 years. 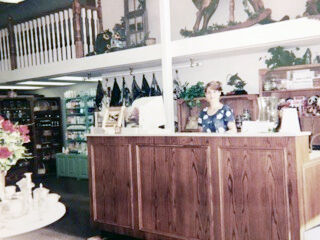 Amy Craft Ahrens on the day she opened her shop, For Keeps, in 1997. 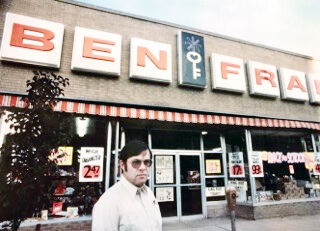 Floyd Craft stands in front of his renovated store in the early 2000s. 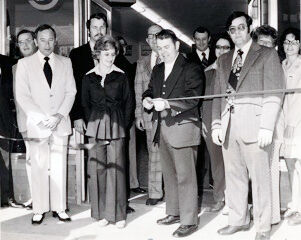 Ben’s has been operating in Bowling Green, Ohio, for 45 years.

Amy Craft Ahrens on the day she opened her shop, For Keeps, in 1997.

Floyd Craft stands in front of his renovated store in the early 2000s.

When Amy Craft Ahrens launched her business with the assistance of her father, she made a pledge to him.

“I’m not going to work as hard as you,” said the owner of For Keeps, a standalone gift shop next to his community staple of a retail store in downtown Bowling Green, Ohio. “I had worked in corporate retail and took days off.”

Amy had that conversation with her dad 24 years ago. Now, a quarter-century later, her boutique is still going – and so are he and his store, despite an increasingly challenging business climate.

Floyd Craft, 84, “is still working seven days a week, 50 hours a week,” his daughter says with a chuckle. The son of a Prosperity farm family is prospering, though, after 45 years at Ben’s, an eclectic store in the middle of a college town in the state’s northwest quadrant.

A 1954 Trinity High graduate, Craft has been able to navigate the perilous waters of retail. Online shopping has been a dagger for many operators, and big-box chains have attempted to push him aside. Yet his store, operating out of two buildings, is still taking care of business – while some big boxes have departed.

Craft, a workaholic and a “workout-aholic,” credits Ben’s endurance to its ability to continually evolve.

“We keep changing when we have to change,” he said. “We’ve changed the merchandise mix over and over and have changed the storefront. We also have a back entrance and big parking lot in the back.”

Craft Ahrens, the youngest of Floyd and Charlotte Craft’s three children – all daughters – called Ben’s “a testament to my dad’s willingness to change all of the time.”

“I think we’ve counted 10 or 11 (similar) stores that have come and gone (in the Bowling Green area),” Craft said. “He tries to see the writing on the wall. He’s good at keeping his fingers on the pulse of what people want.”

There is certainly a demand for toys, which occupy a formidable number of shelves inside Ben’s.

“Half of our store is toys now,” said Floyd, who puts out a toy catalog around the holidays every year. “A grandmother is one of our best customers. They think nothing of dropping $150.”

Toys aren’t the only story at Ben’s, though. The store has a candy shop, sells party supplies and offers custom framing and United Parcel Service shipping. Back in the day, with his fingers on the pulse, Craft added one-hour photo service when that was a cutting-edge initiative.

Craft was raised on a dairy farm, where he said he milked cows by hand “when I was big enough to walk. We plowed with a team of horses. Life was simple then.”

He joined the work-a-day retail world after attending classes for two years at Muskingum University in central Ohio. He worked for W.T. Grant, starting out close to home in nearby Washington, where downtown retail competition was hot.

Grant filed for bankruptcy in 1976 and Craft quickly got a job with Ben Franklin’s. He was familiar with the Midwest from trips as a regional manager for Grant, liked the Bowling Green area and the fact it was a college town, and settled his family there.

The company dropped that name years ago, and Craft kept the name Ben’s.

“Most people already knew it as Ben’s,’” he said.

Craft has been quite a downtown entrepreneur, having purchased five buildings – all in a row – that are all occupied by businesses. He and Charlotte, Ben’s bookkeeper, devote a lot of time there, Amy said. They said the bonds they have formed with local residents have been strong and a major reason why Bowling Green’s small businesses have done well.

Her father said he gets back to Washington County on occasion, even though “all of the Crafts are gone.” He gets together with classmates at Angelo’s, and knows members of the family that purchased the Craft farm.

In the meantime, he works hard day in and day out. Craft said he works out daily at the university.

“He does love what he does and enjoys people so much,” she said. “There’s always an influx of new students and he loves international students. He really enjoys people and the challenges of retail.”