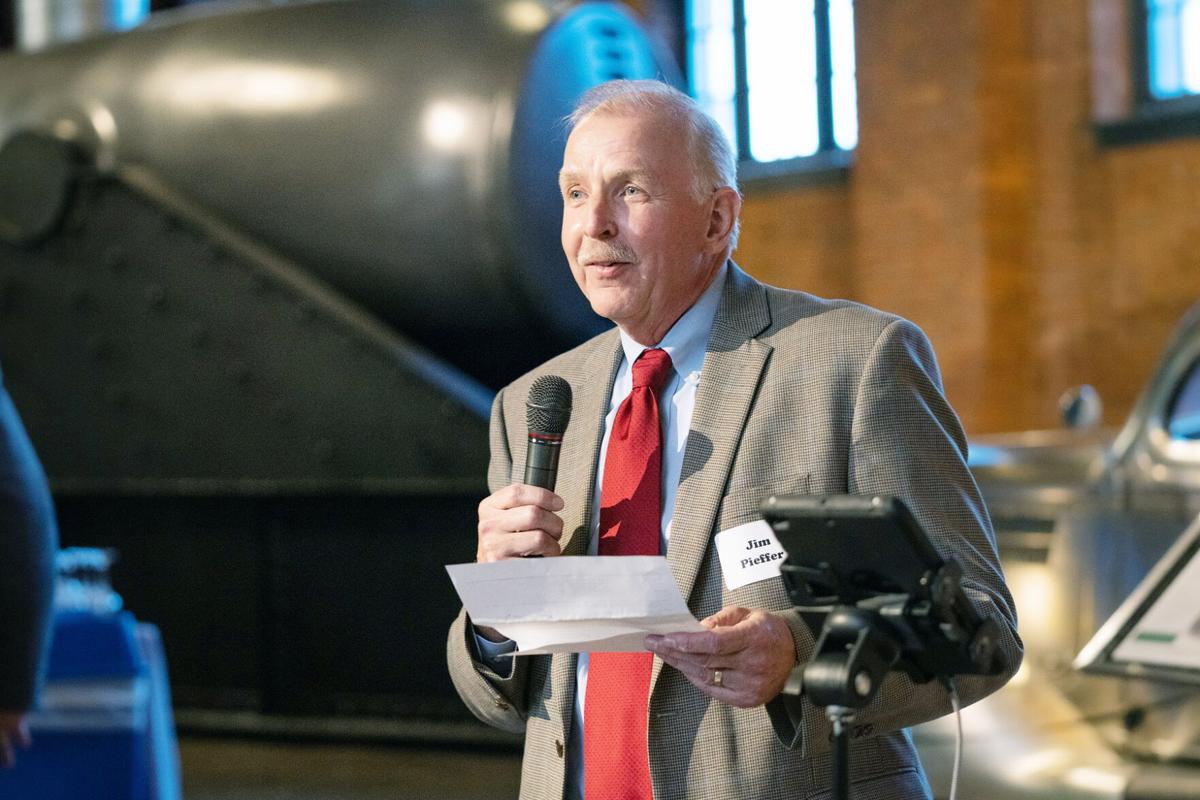 Jim Pieffer took over as president and CEO of Presbyterian SeniorCare Sept. 1. 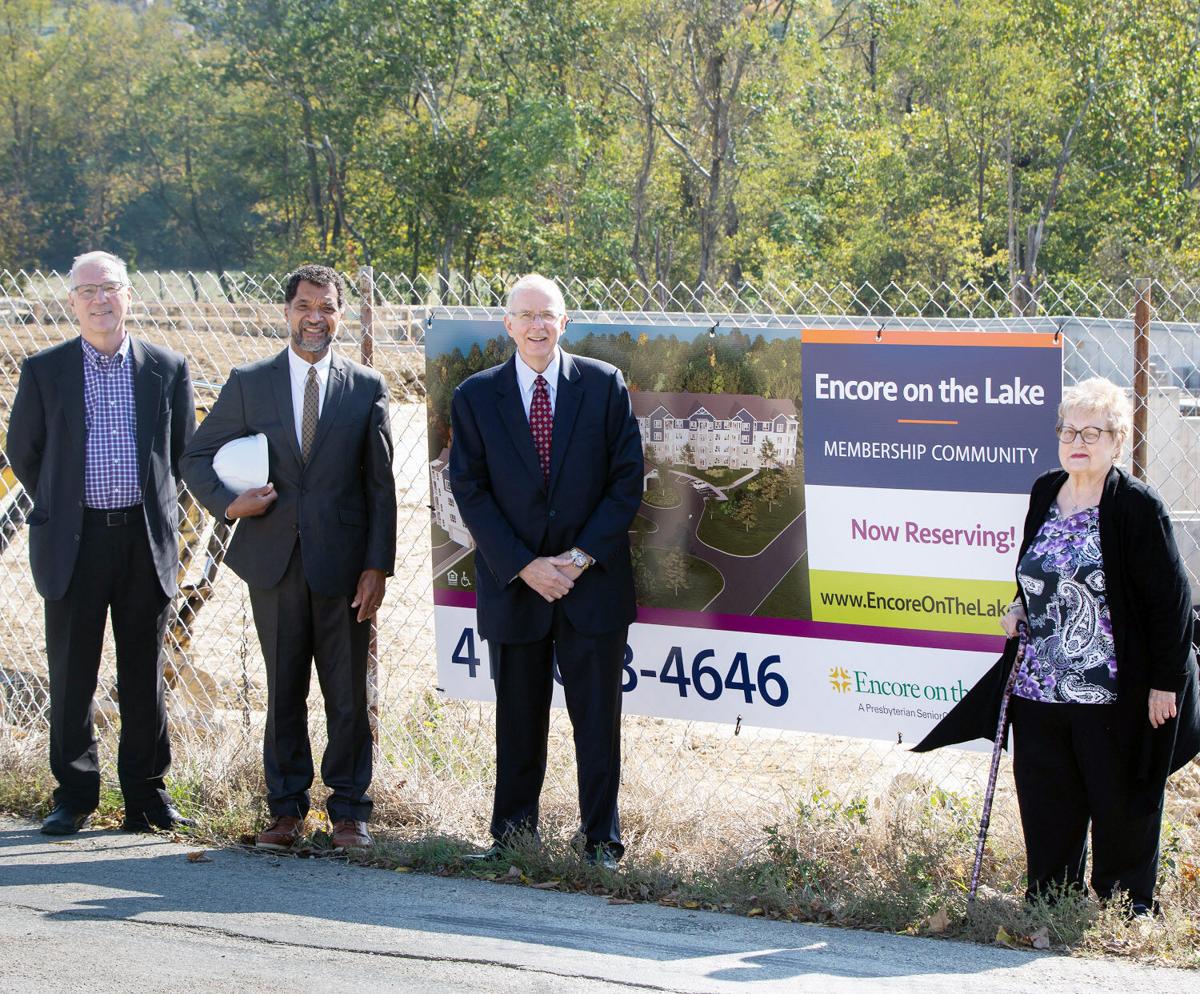 Jim Pieffer, second from right, is the new president and CEO of Presbyterian SeniorCare Network. He is shown with, from left, Paul Winkler, his predecessor; William Bates, vice chair of the board of directors; and Patricia Vernau, first depositor to Encore on the Lake.

Jim Pieffer took over as president and CEO of Presbyterian SeniorCare Sept. 1.

Jim Pieffer, second from right, is the new president and CEO of Presbyterian SeniorCare Network. He is shown with, from left, Paul Winkler, his predecessor; William Bates, vice chair of the board of directors; and Patricia Vernau, first depositor to Encore on the Lake.

Jim Pieffer wasn’t planning a career in the senior care industry, but that’s where he went.

A freshly minted bachelor’s degree in tow, Pieffer entered the Graduate School of Public Health at the University of Pittsburgh in the mid-1980s. His pursuit of an advanced degree included a one-year fellowship with Presbyterian Medical Center, a small but burgeoning nonprofit based in Oakmont that would evolve into Presbyterian SeniorCare Network.

The kid from Pittsburgh’s South Side has developed into a leader of an organization that likewise has displayed formidable growth. Pieffer is the president and CEO of Presbyterian SeniorCare. He ascended to those positions Sept. 1, following the retirement of Paul Winkler, and described his selection by the board of directors as “humbling.”

Pieffer, who was previously senior vice president, is proud of the organization he has served for three-plus decades – one that has evolved into the largest long-term care network in Western Pennsylvania.

“We had only four or five senior communities when I started. Now there are 53,” he said. “We’ve seen a tremendous amount of growth and I’m very pleased to be part of that.”

The network has a presence in Washington County, to be sure – one that likewise is expanding.

Presbyterian SeniorCare also has affordable housing communities in McDonald and Houston, along with Bridge Street Commons in Waynesburg.

Another Washington County facility is on the horizon. Pieffer said the organization hopes to launch Encore on the Lake – near Little Lake Theater in North Strabane Township – in December. It will be a middle-income community in a convenient location: in close proximity to Interstate 79, shortly after the Southern Beltway opening and before the reopening of the Canonsburg Lake Bridge.

“COVID has impacted our construct efforts there, but we’ve been able to get through it with a great contractor,” he said. “COVID impacted us with supply chain issues, which continue to be a challenge. But it’s been a fun process for us to develop that site on the lake.”

Pieffer said the pandemic has affected the network in other ways, but that preventive measures instituted before the pandemic’s arrival in March 2020 and followed throughout the crisis has limited the issues system-wide. He said Presbyterian SeniorCare had “no cases for many months.”

“There is no long-term care community that hasn’t been impacted by COVID,” Pieffer said. “But because we were proactive, we feel we’ve fared much better than many health-care facilities.

“But because of COVID, this has probably been the toughest 20 months of my 36 years.”

Pieffer praised the partnerships Presbyterian SeniorCare has with health care organizations such as Washington Health System and St. Clair Health, which have provided invaluable services for residents during the pandemic. The organization also works with California University of Pennsylvania and other Western Pennsylvania colleges.

Pieffer is based at the network’s seven-acre campus, a 3-wood and a 7-iron from fabled Oakmont Country Club along Hulton Road. He resides in Adams Township, Butler County, conveniently near I-79 and a comfortable commute to his workplace in the Allegheny Valley.

His senior-care duties extend beyond his network. Pieffer also is board chair of LeadingAge PA, the state’s largest senior care advocacy association, for 2021-22. He has been on the board since 2017.

No, this was not a career plan when the 22-year-old South Sider was contemplating his options during the Reagan era. But it has worked out – to massive gratification.

“I love the mission of our organization,” Pieffer said. “It’s very rewarding working with people in their senior years.”