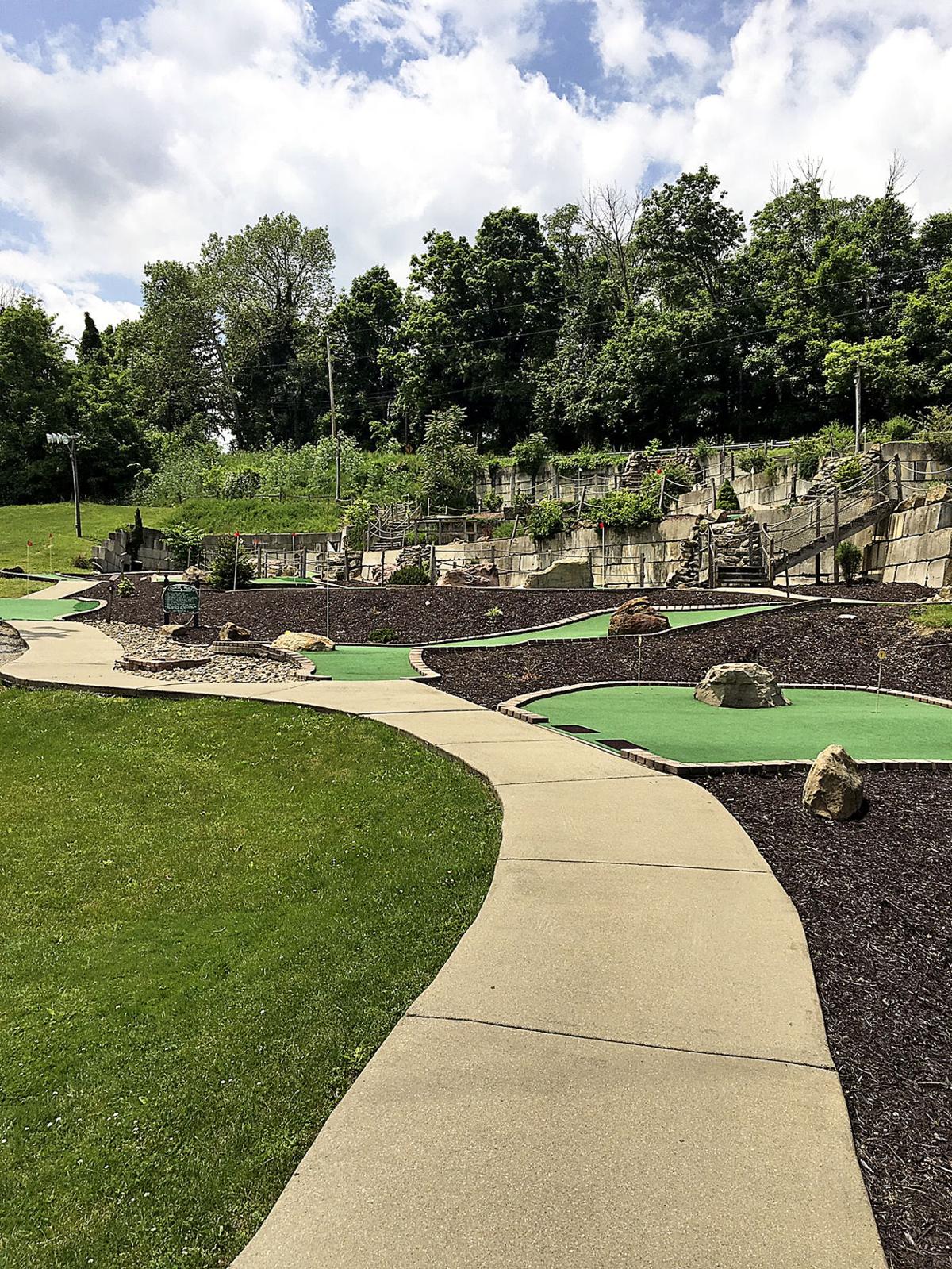 Renovations at Interstate Golf included the 19 mini-golf holes (one for practice). 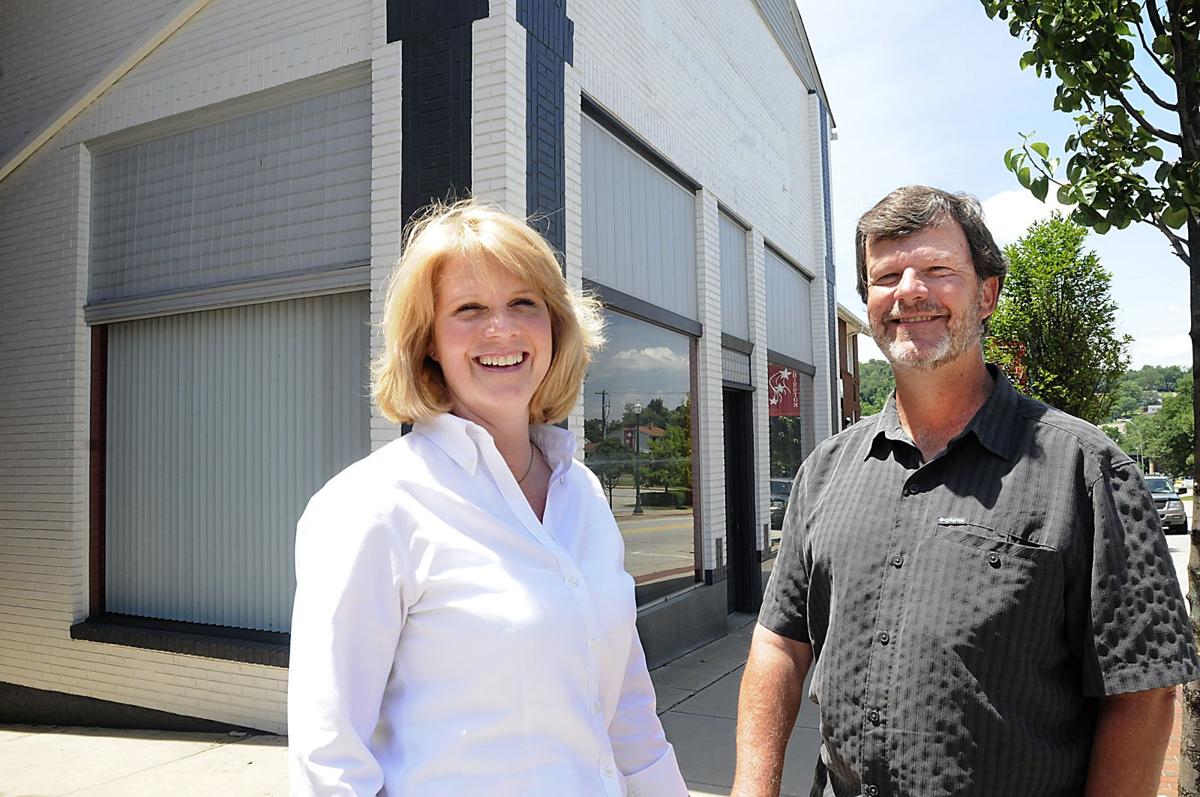 Ellen and Jim Hough are doubling their distilling capacity at Liberty Pole Spirits in Washington.

Renovations at Interstate Golf included the 19 mini-golf holes (one for practice).

Ellen and Jim Hough are doubling their distilling capacity at Liberty Pole Spirits in Washington.

“It’s like our backyard,” Susan said of the Red Carpet Golf and Recreation Center complex, which nearly abutted their property. The 10-acre tract was for sale a year ago.

The couple went for it, invested copious amounts of time, money and energy, and rebranded the site before finally launching Interstate Golf and Activity Center. Mini-golf and a driving range are its calling cards, but the facility also is a party destination for all ages – with a party room that seats 70 inside and an expansive deck with room for 30 outdoors.

Young’uns are a focus here. “We want to do things that are kid-friendly,” Susan said.

“It took awhile to get it going, but we opened Aug. 5,” she said last week, inside the clubhouse of an operation the Kowalls named after Interstate Foodland, an identifying local landmark. The center is on the roadway that runs past the grocery parking lot, off Route 40. The address is 2200 Old National Pike, Washington 15301.

Susan estimated that they spent $60,000 in renovations and purchases, which included range mats, tables, chairs, golf balls and zillions of putters, a number of them for the smallest of duffers.

Cleanup was formidable, as well. It took about three hours to power wash each of the 19 mini-golf holes and 22 driving bays.

Despite having full-time jobs and raising two children – a daughter, 9, and a son, 6 – the couple found the strength to do much of the work themselves, limiting labor costs to one contractor.

Susan, a physician’s assistant at Wheeling Hospital, and Gary, an ironworker for Century Steel Erectors in Dravosburg, got a lot of assistance from their parents – Sam and Gloria Kowall and Patty and John Frayte.

“We worked so hard,” Patty said.

The Kowalls plan to add soft-serve ice cream and a commercial kitchen and are considering party room activities such as yoga, movies and paint-and-sip events.

Now in its first full season, Interstate Golf apparently is gaining momentum. “We see returning guests, which I feel is the biggest compliment,” Susan said.

Interstate Golf is open 4 to 9 p.m. weekdays and noon to 10 p.m. on Saturdays and Sundays, although those hours may change when school is out of session. Players, however, may use the driving range anytime thanks to an automated ball dispenser that is credit card accessible.

Liberty Pole Spirits is ramping up its production capacity.

The distillery, on West Maiden Street in Washington, received its 600-gallon distillation equipment last week. This new piece will replace the 300-gallon system the family-owned and operated business has used since it opened in July 2016.

Specific Mechanical Systems, of Victoria, British Columbia, built the 600-gallon copper pot still. Liberty Pole’s owners, spouses Jim and Ellen Hough, said in a news release that the piece was constructed “according to exact specifications to replicate the shape and dimensions” of their original still. Their intent is “to maintain the flavor profile” of their small-batch whiskey.

The Houghs praised a neighboring business, Chapman Corp., a multi-discipline contracting company, for providing equipment and expertise to unload and set up the equipment.

No CBD locally at Sheetz

Sheetz recently announced it is carrying premium Cannabidiol (CBD) products in 144 locations statewide. An examination of that list shows that no Sheetz location in Washington and Greene counties is doing so.