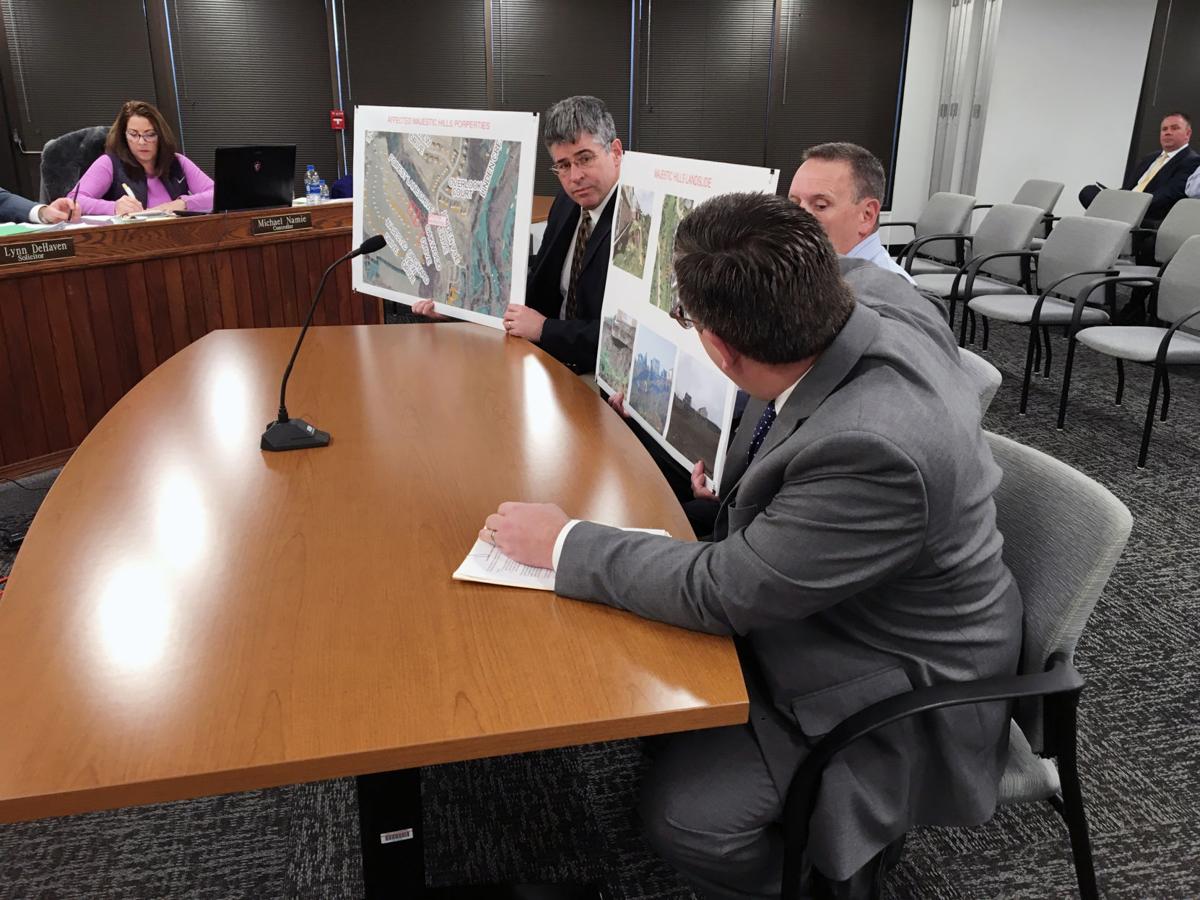 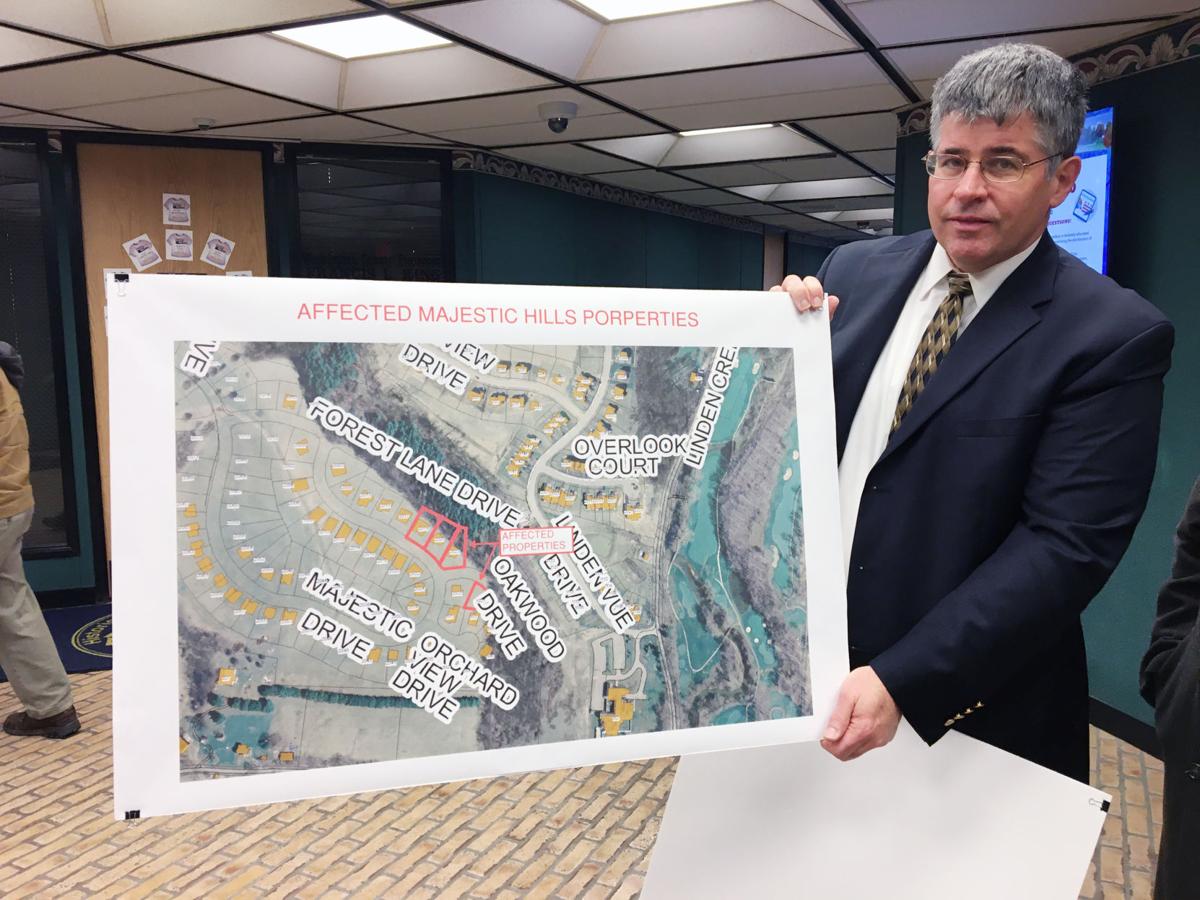 Township engineer Joe Sites displays a map of the landslide-affected area of North Strabane for which the municipality is seeking LSA funding. 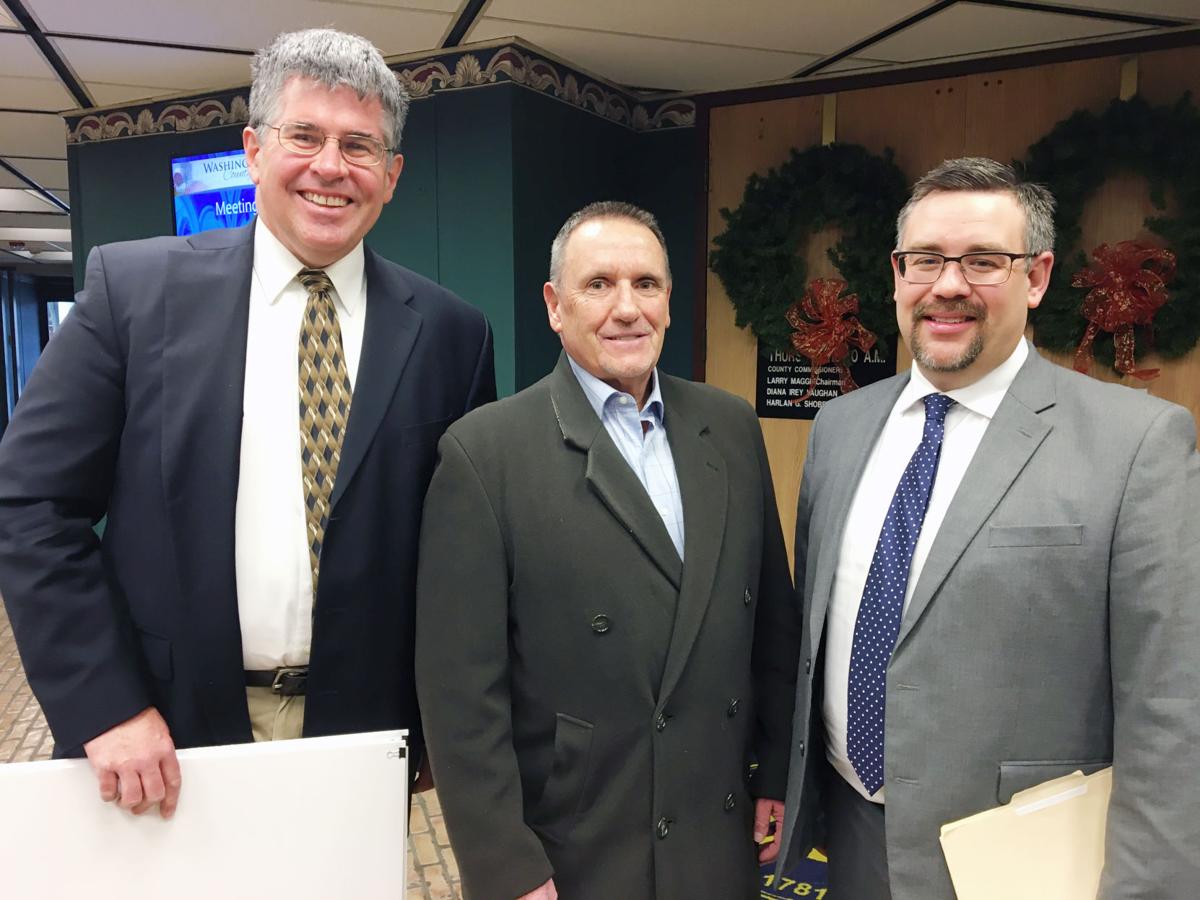 Township engineer Joe Sites displays a map of the landslide-affected area of North Strabane for which the municipality is seeking LSA funding.

By law, as the home community of Meadows Casino, North Strabane Township receives a revenue stream from gambling proceeds at the gaming site.

The township had never requested funding from the Washington County Local Share Account, which also relies on casino revenue.

Municipal Manager Andrew Walz spearheaded the township’s request for nearly $1.7 million, to purchase property affected by two 2018 landslides in the Majestic Hills residential development. Walz made the pitch to the LSA committee on the second and final day of the 12th annual hearings in Courthouse Square, Washington.

A total of 88 presentations were made, including 40 on Tuesday, requesting about $27 million in funding. An estimated $6.9 million, alas, is available.

North Strabane’s request for $1,678,000 is related to the landslides that occurred in Majestic Hills in June and October 2018. Three damaged houses had to be razed and the township wants to purchase a fourth, which is unoccupied, so it can finish restoration of Oakwood Drive.

Walz made the proposal while accompanied by township engineer Joe Sites and Bob Saporito, president of the Majestic Hills Homeowners Association. The latter two held up maps during the presentation, as Walz described the loss of infrastructure such as water, electricity, sewage and roadway. North Strabane has filed lawsuits against the developer and others related to the landslides.

The manager said the township is seeking $1.8 million overall to finish restoration. Asked by LSA committee chairman Jeff Kotula whether North Strabane would pay back the LSA committee if it won its lawsuits, Walz said, “Yes.”

Washington County Land Bank also was before the LSA panel for the first time. The organization, created in March 2016 and administered by the Redevelopment Authority of the County of Washington, was represented by Rob Phillips of RACW, who requested $200,000 to renovate one building and raze two structures in Charleroi.

He said six municipalities have joined the land bank, which has “purchased some properties and sold some.”

Rails and trails is a trendy topic around Western Pennsylvania, and Craig Sweger spoke for the National Pike Trail Council. Sweger, vice president of the organization, said it is seeking $437,111 to convert the former Hempfield Railroad line to a three-mile-long walking and biking trail in Donegal and Buffalo townships, north of Claysville.

“We have been working on the trail for 15 years and finally have all the pieces,” Sweger said. “We’re requesting the money for engineering and construction of the trail. There are three tunnels built in the 1850s and want to make sure they’re safe to use.”

Sheila Gombita, executive director of the Washington County Transportation Authority, pitched the authority’s request for $20,000 to purchase a trolley bus for 16 to 24 passengers with wheelchair accessibility.

Requests made the past two days will be reviewed by the LSA committee, which will select the recipients and determine amounts they will get, before sending the list to the county commissioners for approval.

The commissioners then will forward the information to the state Department of Community and Economic Development, which will make final determinations. Money likely will be disbursed in June or July.

Pickleball and the Main Street Pavilion in Washington were among the projects pitched on the first day of the Washington County Local Share Account hearings.