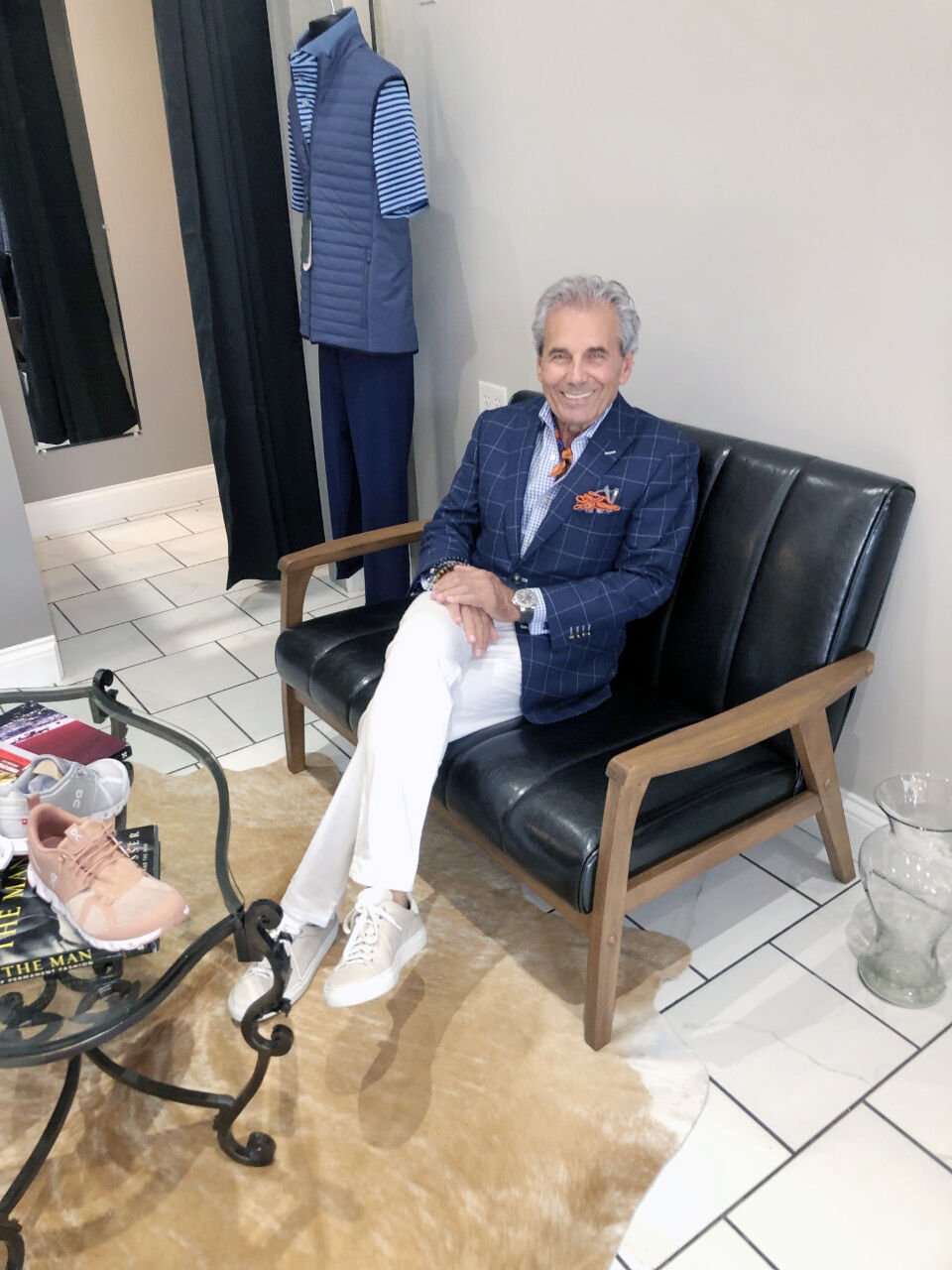 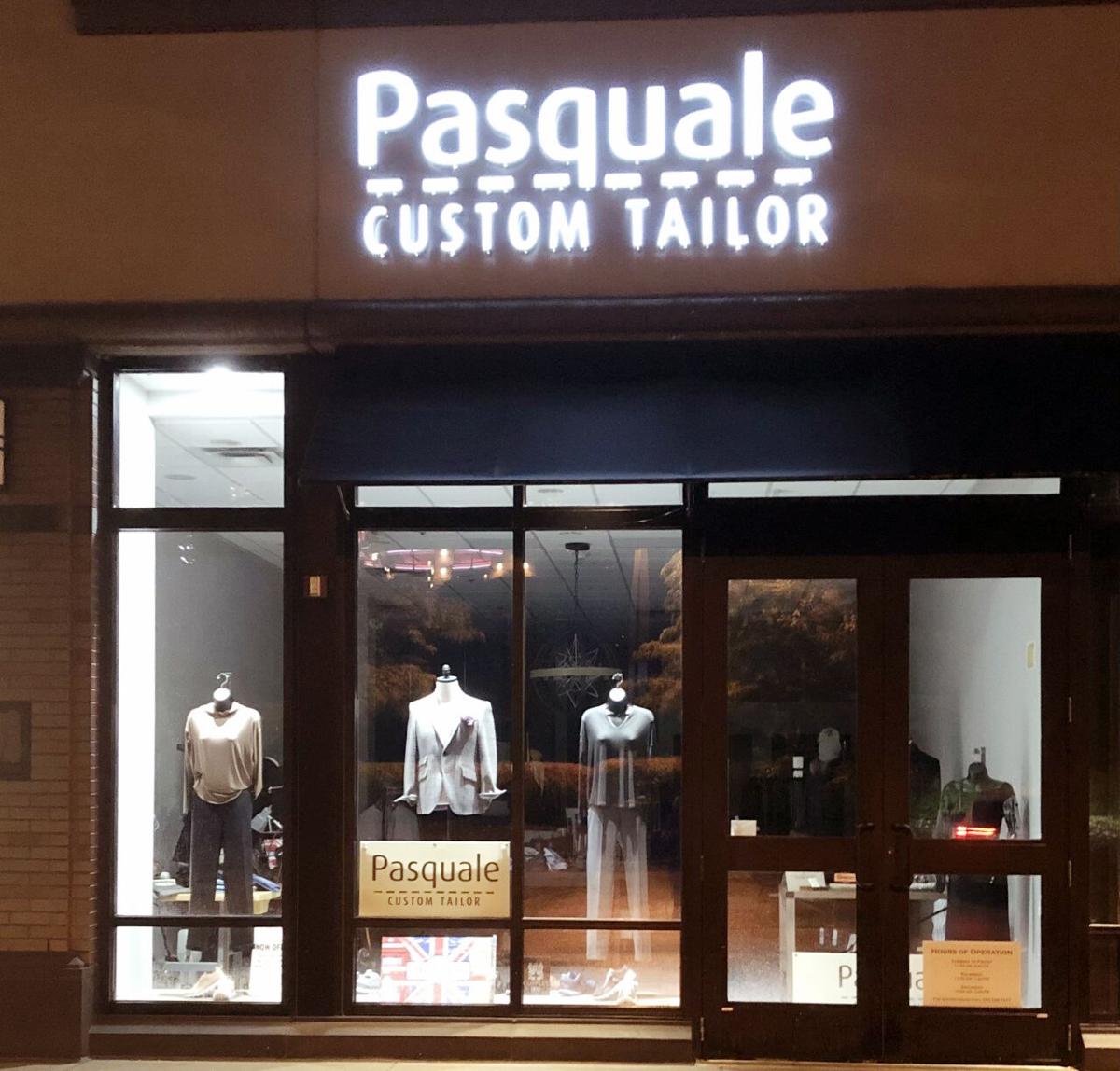 Pasquale Custom Tailor is located in Lakeview Square along Route 19 in Peters Township. 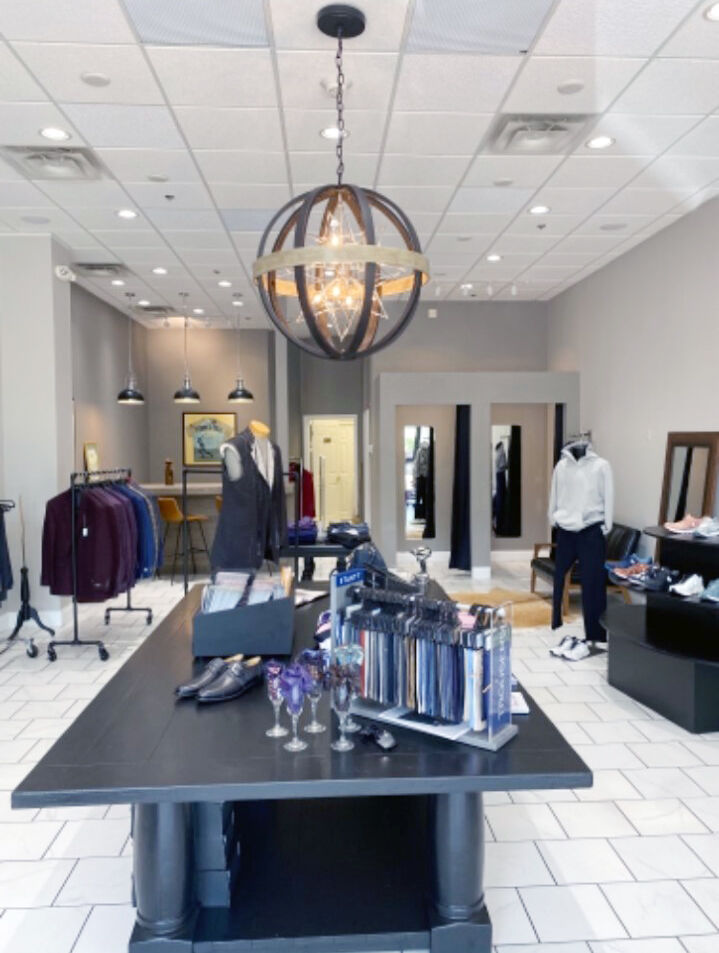 Pasquale Custom Tailor is located in Lakeview Square along Route 19 in Peters Township.

High-fashion clothing never goes out of style, and neither does Patsy Calabro.

A year ago, when he and partner Tom Zimmaro were closing David’s Limited after nearly a half-century in Washington, Calabro was entertaining plans of launching another clothier. It would be in the Peters Township area, and it would be his shop alone.

“I had a vision to go in this direction, to start a new chapter,” he said. “I wanted to come out to this area for a few years. With the way things were going last year, that pushed me to make this decision.”

Coronavirus disruptions forced the partners to abandon their goal of operating the store for a full 50 years, shutting it down after 49. After helping to close the book on David’s Limited, Calabro began the new chapter in Peters.

He is the owner of Pasquale Custom Tailor, operating in the Lakeview Square retail complex along Route 19 – and fitting in.

Calabro, whose first name is Pasquale, has been open for business there, Tuesday through Saturday, since June 1. It is a fairly new location, across Washington Road from a store he had planned to run temporarily, and did for seven months.

“I do all of the selling and fittings,” he said, smiling during an interview Wednesday afternoon.

Calabro and his wife, Denise, run the shop. They are a handsome couple, lifelong Washington County residents who typically dress to the nines. The store is neatly appointed as well, with men’s suits hanging stylishly and displays of bags, wallets, suits, dresses and reversible fox furs for women.

The Chartiers Township residents oversee a shop that Patsy calls “a concept store,” where men’s custom-made suits, sport coats, pants and shirts are among the selections. They also can order custom-made leather coats through a company in Brooklyn.

“We have ready-to-wear items that you can buy off the rack,” he said. “We have a great golf (clothing) line that we keep selling into the fall, and we have men’s and women’s varieties of running shoes.

“We provide alterations, too. We work with a master tailor,” Patsy added. “We’re all about customer service.”

All about a relaxed atmosphere, too. He said he wanted to set up a small bar near the back, where customers, especially couples, could “hang out” if they planned to be in the store for awhile.

“They could have mimosas or cappuccino and shop,” he said.

Pasqual Custom Tailor has 1,100 feet of operating space, about one-third the capacity David’s Limited had at its North Main Street store – its third location in the city. Zimmaro, who retired last fall, and Calabro ran the shop there since 1983, the year they added women’s apparel to what had been a men’s-only shop during its initial 12 years.

Now operating 10 miles north of where he had been accustomed, Calabro said he is pleased with how the new endeavor is going.

“As far as I know, we’re being well received in this area,” he said. “We’re the only one offering these services here. I think we picked the right location. I’m told 34,000 cars drive by here every day and there’s a good mix of businesses (in the plaza).”

He said a number of David’s Limited customers “have followed me here,” and that he continues to serve out-of-state patrons, shipping items if requested.

If he is successful, which all entrepreneurs want to be, Calabro may have to expand his store at some point. But he is not committing to that.

“We’ll test the waters and see how it goes,” he said. “I don’t feel that we have to enlarge.

“Maybe we’ll get bigger down the road, but I’m happy to be in business, doing what I’m doing.”