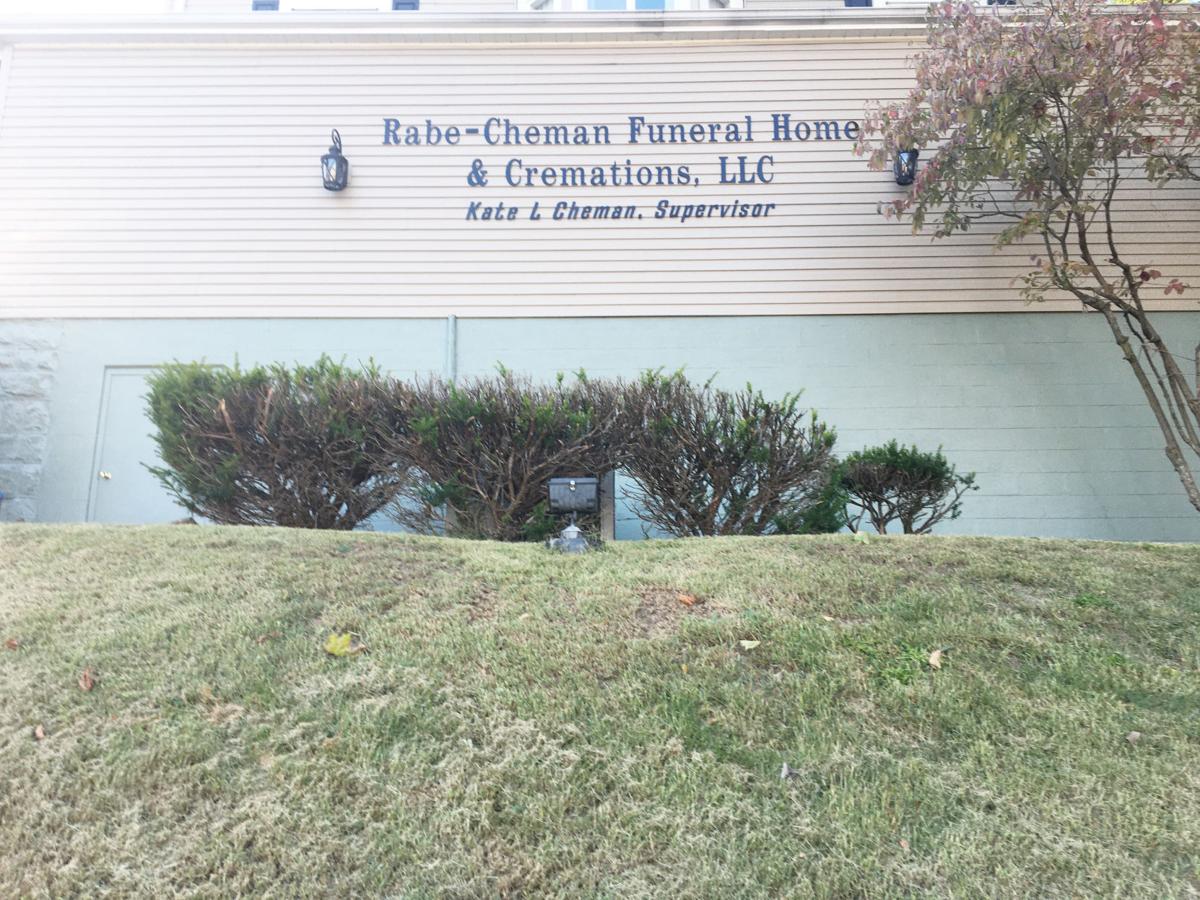 The former Rabe Funeral Home, on Thompson Avenue, has reopened and been renamed. 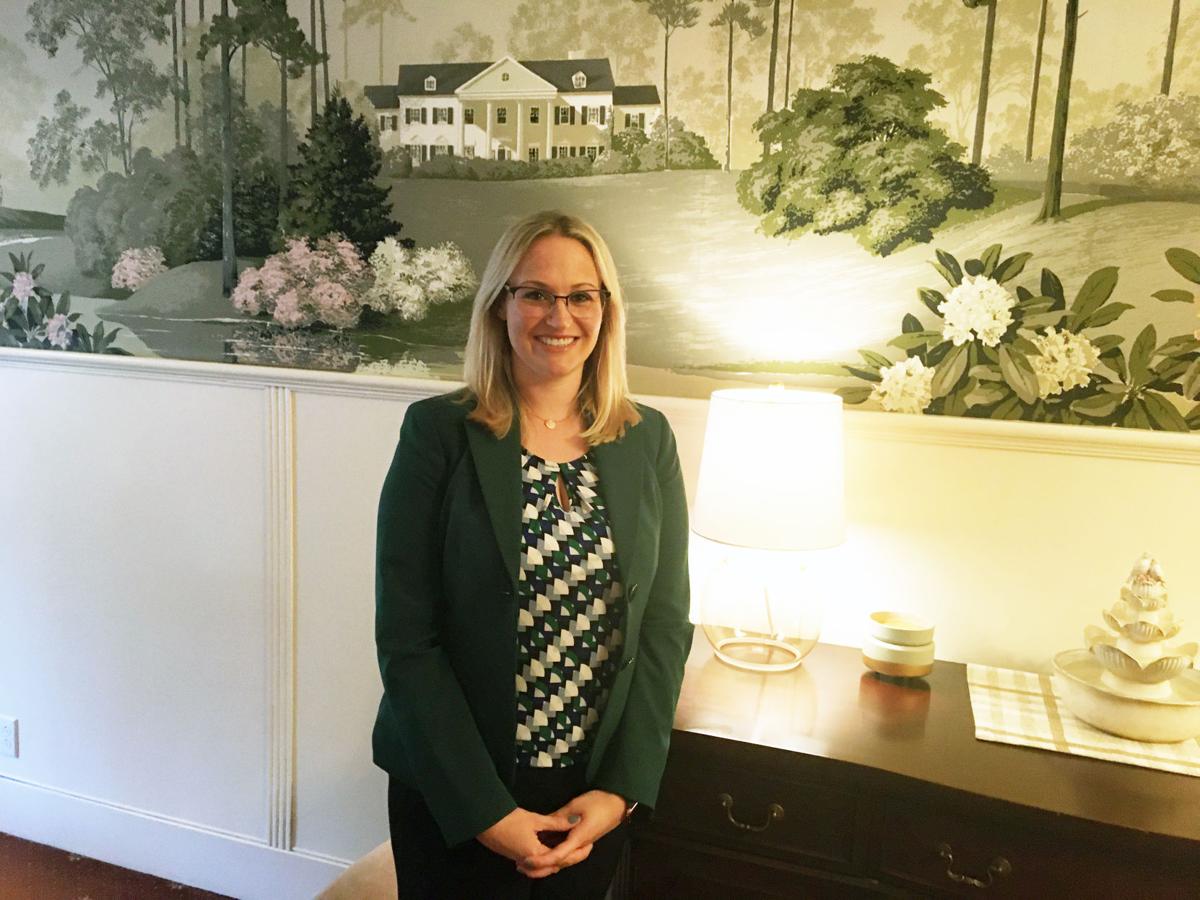 Kate Cheman is shining a new light on what is now Rabe-Cheman Funeral Home and Cremations. 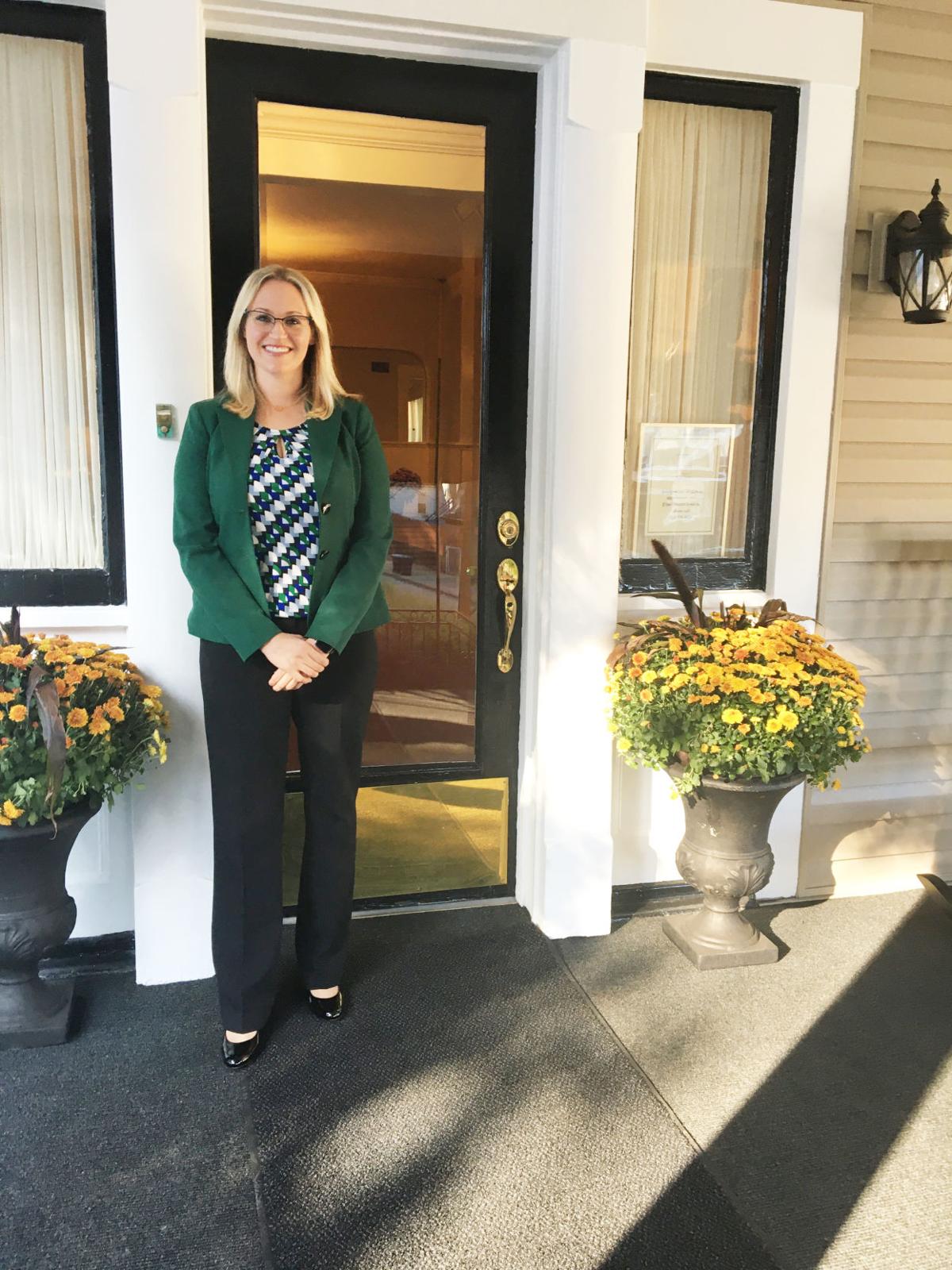 Kate Cheman is ready to greet anyone entering the funeral home she purchased and renovated.

The former Rabe Funeral Home, on Thompson Avenue, has reopened and been renamed.

Kate Cheman is shining a new light on what is now Rabe-Cheman Funeral Home and Cremations.

Kate Cheman is ready to greet anyone entering the funeral home she purchased and renovated.

After five years in the funeral industry, Kate Cheman wanted to run her own establishment. Then one day last fall, while perusing a newsletter related to her trade, she spied an opportunity in Donora.

James A. Rabe Funeral Home, a borough staple for a century but mothballed for the past half-dozen years, was for sale, according to an ad.

“I Googled it and drove there,” Cheman said. “As soon as I pulled up, I knew it was my funeral home.”

It officially became hers in November, when Cheman closed the sale on the property. Then following a lengthy remodeling, she was in business for herself. Now Donora, once a town with numerous funeral homes that all eventually shuttered, has one that’s operating.

Rabe-Cheman Funeral Home & Cremations, as it has been rechristened, is up and running at 701 Thompson Ave. Cheman kept the venerable Rabe name after purchasing the property as a testament to the family from whom she bought it.

The new owner opened Sept. 1, but has had no clients yet. She is gung-ho and has scheduled an open house from 9 a.m. to 2 p.m. Nov. 10 during which the public can tour the grounds.

Cheman, whose funeral home now doubles as her residence, has been ingratiating herself to a valley community that is far from, but similar to, her valley community. She relocated here from the New Kensington area along the Allegheny River.

Updating and upgrading the house was a formidable task, and cost a formidable buck. Cheman said she took out a $50,000 loan, but spent more. Yet the blood, sweat, tears and money expended paid off in a bright, fashionable interior and a wide front porch that is neatly appointed.

“It took a year for my family and I to complete the remodeling,” she said. “I personally painted every inch. My dad did most of the work – he’s very handy. My mom ripped down wallpaper, and my sister and brother-in-law helped a lot.”

The property is loaded with history, including funeral records dating to 1909.

Cheman said she was amazed at the ethnic mix of residents from the Donora area, especially during the early 20th century. She also said she found “page after page” of local casualties from the 1918 flu epidemic, a global tragedy that hit the Mon Valley especially hard.

“There were a lot of young people,” she said.

There were, however, no records from 1948, the year of the Donora smog incident.

Cheman has enjoyed her brief time in the other valley, and said she appreciates the support residents have extended.

“Everybody here has been great,” said Cheman, a licensed funeral director since 2013. “People are happy to see the business reopening.”

The owner of Countryside Deli has launched a second Canton Township business.

“The location became available and we were looking to expand and diversify,” he said Wednesday in an email.

The new shop is open seven days a week and has a staff of 12. There also are a dozen employees at the deli, which is open six days and added a food truck this year.

Washington Hospital, the flagship of Washington Health System, has been recognized for excellence in patient safety by the Hospital and Healthsystem Association of Pennsylvania.

HAP advocates for the health and well-being of residents statewide. HAP cited 24 Pennsylvania hospitals for this achievement at its recent Quality, Patient Safety and Sepsis Symposium in Lancaster.

Two PAN seminars will take place Oct. 29. The state-approved First Time Notary Seminar (9 a.m. to noon) fulfills the three-hour mandatory education provision for new notaries. It will be offered in conjunction with the Everyday Notary Challenges Seminar (1 p.m. to 4 p.m.).

Notary Reappointment Seminar will run from 9 a.m. to noon on Oct. 30. It will fulfill Pennsylvania’s educational requirement for reappointed notaries, and will cover new aspects of the Revised Uniform Law on Notarial Acts. They will include the notary appointment process, identifying your customers, changes in notary equipment and witnessing or attesting a signature.

The cost for each seminar is $69. Pre-registration is recommended.

The organization supports thousands of individuals with disabilities in finding housing and employment appointments, and has a local office in Washington, at 90 W. Chestnut St., Suite 225.

Jesse Saunders, an Avella Area High School teacher who supervises the school’s video program, said the program received two grants totaling $7,300 for this school year. One was a $6,300 Intermediate Unit 1’s mini-innovation grant, the other a $1,000 Remake Learning’s Ignite grant.

Saunders said the grants and advertising money raised from live broadcasts of football and basketball on Hickory Cable paid for seven iMacs. This occurred after the school district agreed to buy three iMacs out of its budget. “So, we were able to completely update the iMac lab,” he said of the total acquisition of 10 iMacs.