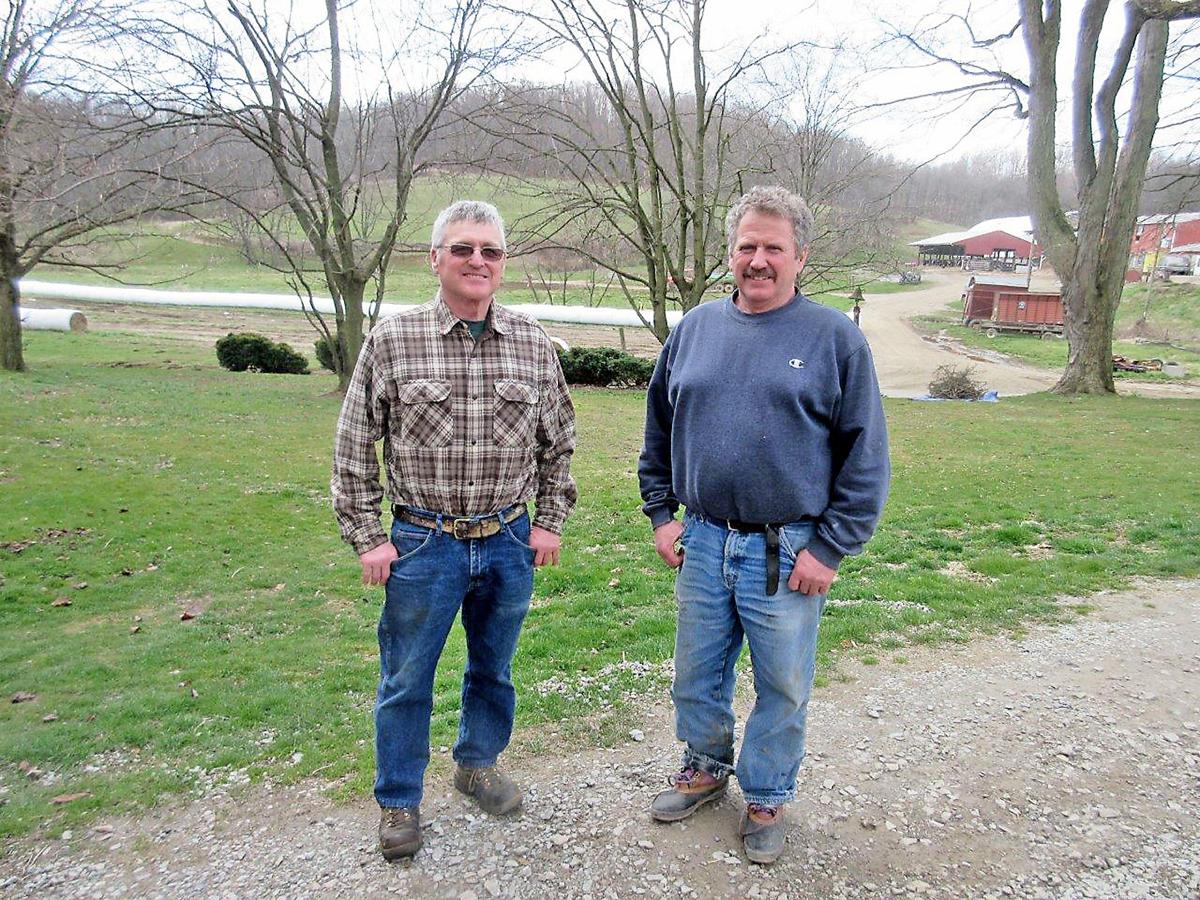 Brothers John, left, and Bruce Grice own Folly Hollow Farm in South Franklin Township, which has been affected by low milk prices. 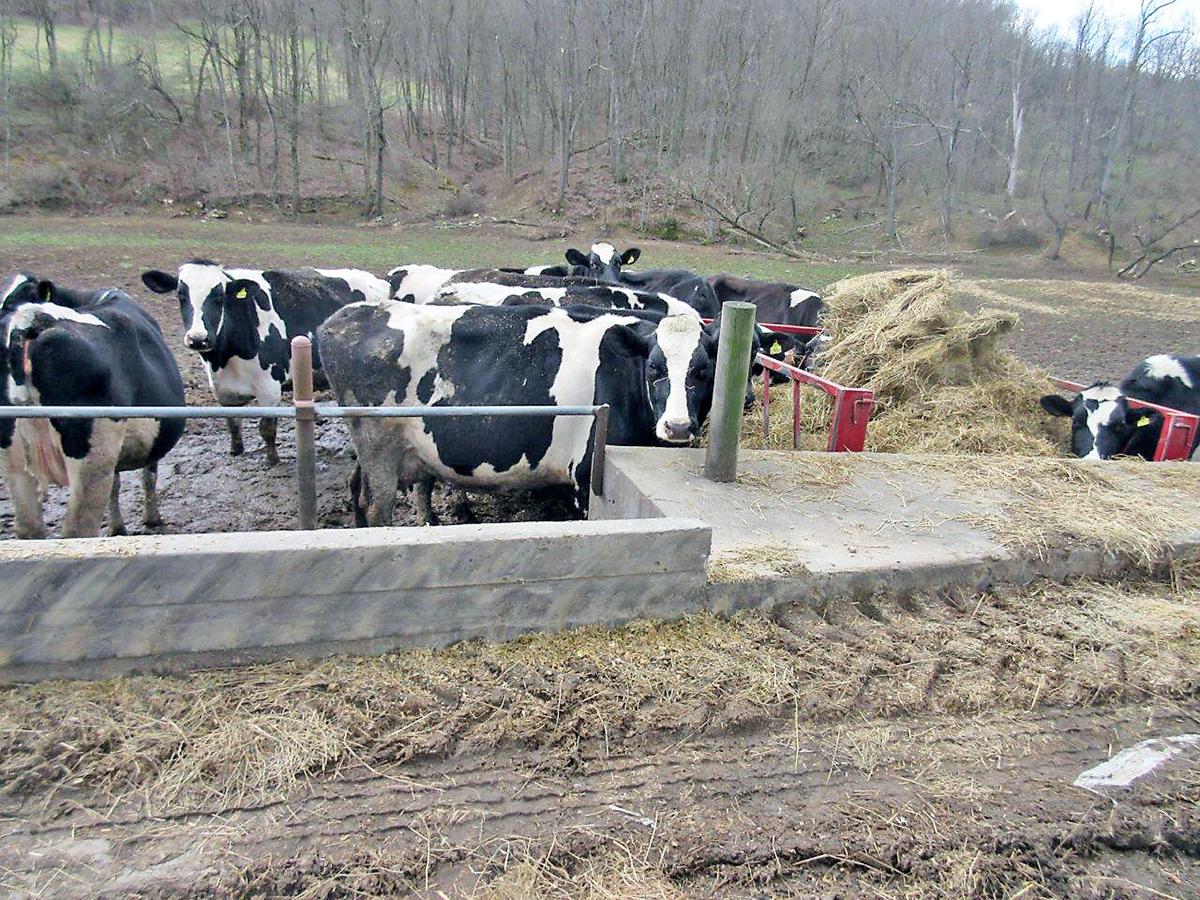 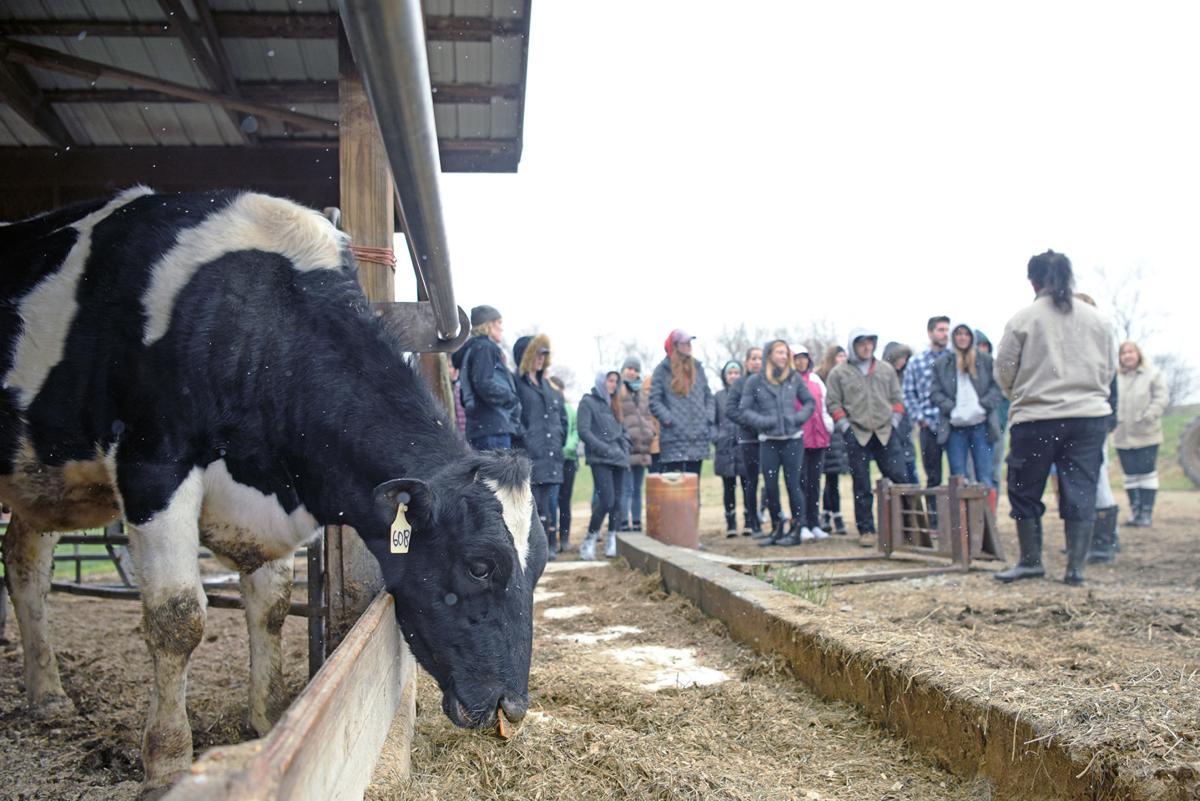 Students from a food science class at the University of Pittsburgh take a tour of the SpringHouse farm. 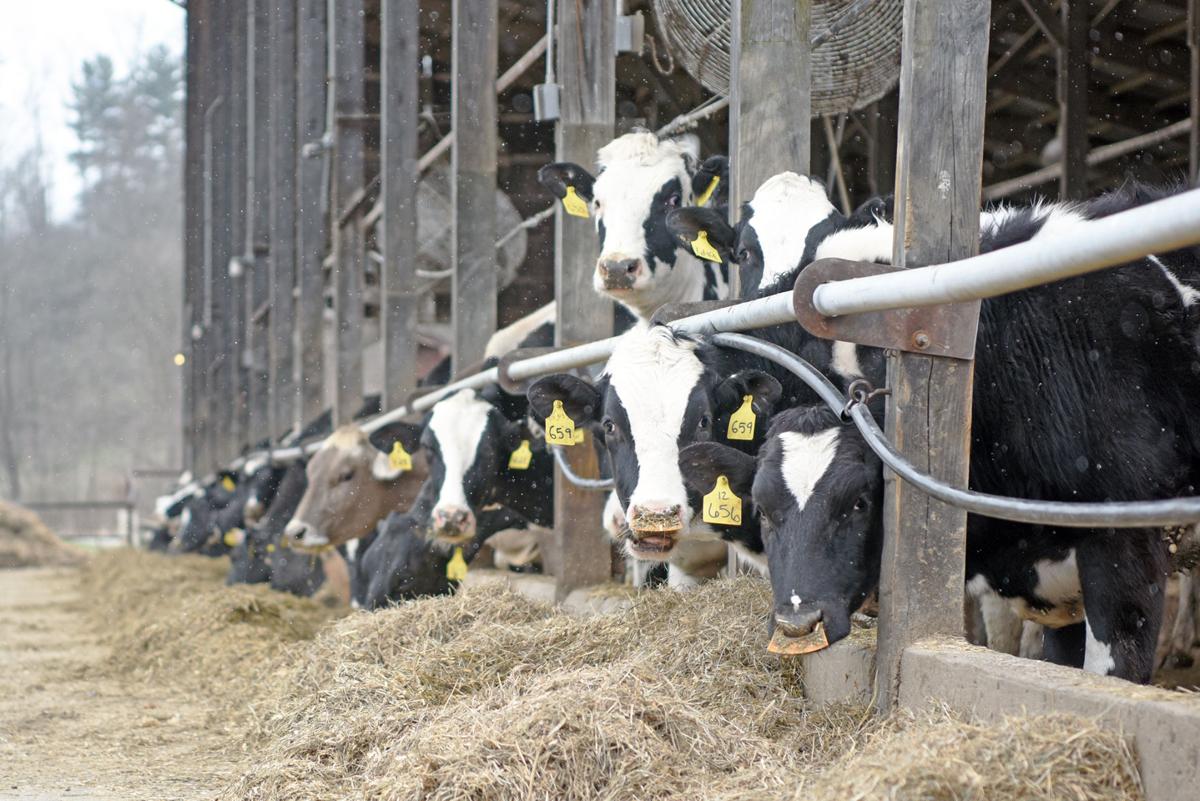 Farming has declined, but is still significant in the county, as these cows at the SpringHouse farm in Eighty Four can attest.

Jill Minor Miles, the catering manager, and her mom, Bev Minor, co-founder of the SpringHouse, stand in front of milk their farm produces for their market.

Brothers John, left, and Bruce Grice own Folly Hollow Farm in South Franklin Township, which has been affected by low milk prices.

Students from a food science class at the University of Pittsburgh take a tour of the SpringHouse farm.

Farming has declined, but is still significant in the county, as these cows at the SpringHouse farm in Eighty Four can attest.

Jill Minor Miles, the catering manager, and her mom, Bev Minor, co-founder of the SpringHouse, stand in front of milk their farm produces for their market.

The Minors and Grices became family dairy farmers at about the same time in Washington County – the mid-1970s.

Bev and Sam Minor grew up on area farms in the 1940s and ‘50s, and met as teens while showing cows at the Greene County Fair.

“Her dream was to marry a dairy farmer,” Sam said, chortling at the memory. He had other professional aspirations, though, and earned a bachelor’s degree at Penn State University while captaining the wrestling team.

Bev, two years younger than Sam, enrolled at Penn State after him and they were married during her junior year. Her spouse worked in several agriculture-related jobs for more than a decade, during which they had five children, but he didn’t like the traveling. So they formulated a plan that would ease his angst and lead to Bev fulfilling her wish.

In 1973, they purchased an 81-acre tract in North Strabane Township, and some cows, and launched a dairy farm that quickly morphed into the SpringHouse Country Market and Restaurant.

The parents of John and Bruce Grice moved their six children from Crafton to a 400-acre spread in South Franklin Township in 1960. Their father, a researcher at the University of Pittsburgh, launched a beef cattle farm while the mother continued to operate the Grice Chocolates business that had been in the family since the ‘40s.

Known as Folly Hollow Farm, a nod to the property’s geographic locale, the Grices’ operation transitioned to dairy in 1977. Brothers Bruce and John have essentially run it for years, with a lot of help from family and area students toiling part time.

Similar yet different in many ways, the farms tended by the Minors and Grices represent an industry that has been a longtime trademark in Washington and Greene counties – and throughout Pennsylvania. That trademark, however, is fraying. Dairy farms are disappearing across the national landscape, victimized by low prices for milk, high production costs and diminished demand for whole milk.

“All of our costs have gone up,” John Grice said. “Taxes are up quite a bit. Labor, machinery, fuel ... nothing that we purchase has gone down.”

Unlike the past, subsequent generations of families are declining to keep a farm going when their parents and grandparents retire. They’ve seen how hard their predecessors have worked – 12 to 14 hours a day, and milking twice a day every day – to sustain their agribusiness, frequently with diminishing financial returns. There are more lucrative, satisfying career options.

As they age, more farm owners either sell their properties or, if they have oil and gas royalties, retire there. A number of relatively young residential developments have been built in the region where the humble farmer once toiled.

Greene County now has a mere two dairy farms, both in Cumberland Township: Plainfield Farm, owned by the Biddle family since 1839, and Cree Acres, family-owned for more than a century. There were 65 a half-century back.

Sam Minor, who will turn 80 in June, has been a dairy farmer for more than three-fourths of his life, beginning with his childhood in Garards Fort. Although the family’s operation may be in a better position than many dairy farms – boosted by the SpringHouse store, restaurant and catering business and the tours it conducts – he said it has to deal with formidable obstacles as well.

“The challenges of the dairy industry are very, very substantial. It’s not going to be economically viable for a lot of families to do this,” said Minor, whose son, Sam, runs the farm, which milks 110 cows and has 260 overall.

This conundrum is a byproduct of an oversupply of milk, said Jayne Sebright, executive director of the Center for Dairy Excellence, a Harrisburg-based overseer of the state’s dairy industry.

“In the short term, supply and demand are out of balance,” she said. “Milk prices are well below break-even levels, and have been for two years. They’ve dropped drastically since January. It’s really a national issue.”

The brothers Grice say they have no choice but to continue producing and marketing their their signature product.

“We keep oversupplying a market that is oversupplied,” Bruce said. “It’s hard to get out of this.”

John said, “The only way to keep this business afloat is to increase production. When costs increase 10 percent, you have to produce 10 percent more or you quit.”

The Grices have four sources for their milk: Schneider’s, United and Turner’s dairies and Dairy Farmers of America. Five actually, with a lot of their product going to a plant for cheese production. The Minors supply Schneider’s, while selling milk – including their popular chocolate brand – at the SpringHouse.

“We use so much butter and cheese in our recipes,” Bev Minor said, “because we want to support the (milk) industry.”

John and Bruce Grice acknowledge other factors roiling their industry nationwide, including Walmart’s decision last summer to get into the milk business. The giant retailer plans to open its own bottling plant in Fort Wayne, Ind., next month.

“We can’t understand why Walmart got into the dairy industry,” John said. “Why would they get into a market so volatile? There must be more of a profit than we can see.”

Then there was the announcement by Dean Dairy Holdings a month ago that it was terminating contracts with dairy farmers in six states – Pennsylvania, Ohio, Indiana, Kentucky, Tennessee and North Carolina – effective May 31. That included 42 farms in Pennsylvania, none from the immediate area. Sebright said farms only in Mercer and Clarion counties are affected in the western half of the state.

Bev and Sam Minor admit they have basically turned over operation of their enterprise to daughters Marcia Opp and Jill Minor Miles and son Sam, who are dedicated to keeping a good thing going. They are in the minority among farm families.

In a related story in 2016, Bill Cree III, who operates Cree Acres in Greene, told the Observer-Reporter: “The family farm is a thing of the past. My son will be 15 in September and when I was in his age, all I wanted to do was milk cows and run the farm. He doesn’t feel that way, but you can’t blame him or other young people if they want to do something else.”

And so it may be with John and Bruce Grice, who have seen the recession of dairy farms firsthand. They said their cattle farm was surrounded by seven dairy operations when they moved to South Franklin in 1960. All seven are gone.

John is 65, Bruce, 63, and none of their children has expressed an interest in full-time farming. Folly Hollow’s future is uncertain.