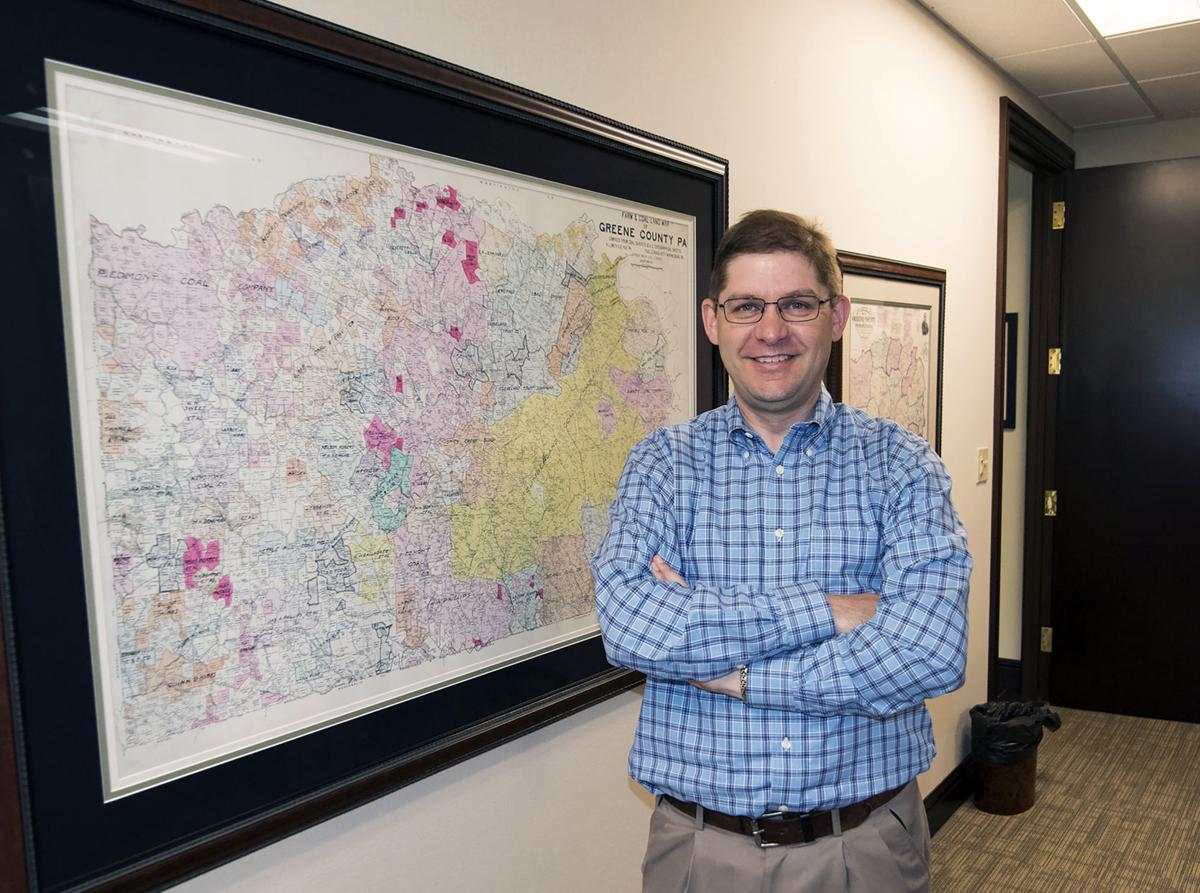 Jim Crockard, chief executive officer of Lola Energy II, stands alongside a map of Greene County, where his startup has 5,000 acres of leases to drill for natural gas. 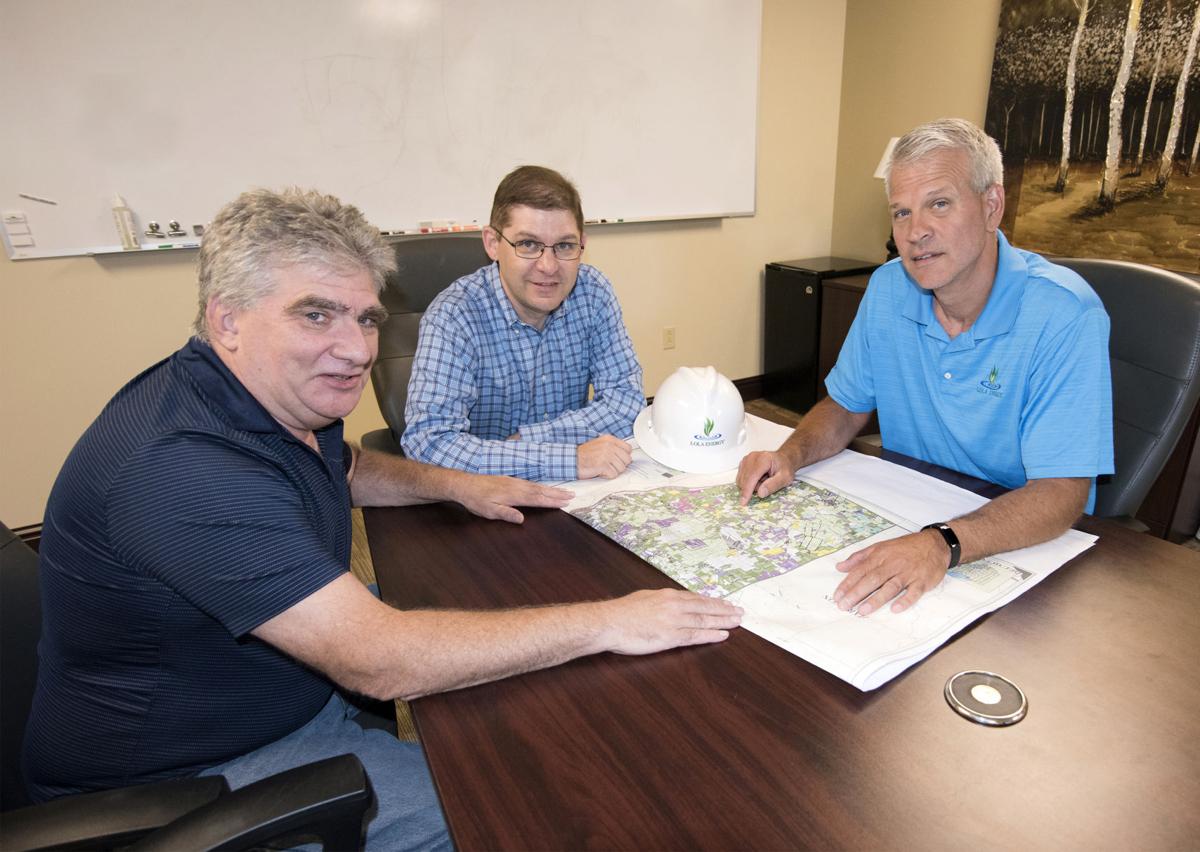 Jim Crockard, chief executive officer of Lola Energy II, stands alongside a map of Greene County, where his startup has 5,000 acres of leases to drill for natural gas.

Its name is Lola and it’s an energy startup – again.

“I was so successful with the first company, I didn’t want to lose the branding,” said Jim Crockard, chief executive officer of Lola Energy II, a Southpointe-based natural gas producer that he launched last August.

If Lola II were a movie, it would be a sequel to the original Lola Energy, which was formed in late 2015, then sold a year and a half later. The sequel has started strong, though, amassing 5,000 acres of leases in Greene County, Crockard’s homeland. He said the company “is getting ready to permit its first three wells,” and following the permitting process, to start drilling its first well in nine months.

A portion of that acreage is the focus of a lawsuit Lola II has filed against EQT Corp., in a dispute over leases. Pittsburgh-based EQT, the largest oil and gas producer in the United States, has a significant presence in Greene. The case is expected to be heard in Greene County Court.

Crockard was an EQT employee for 15 years, four of them as corporate treasurer, four as senior vice president of EQT Production. He left in March 2014, but a non-compete clause in his contract prevented him from working for another oil and gas firm for a year.

The following spring, Crockard and several other former EQT executives started to organize the original Lola, an acronym for locally owned, locally accountable. They set up shop in Wexford and launched months later, using private equity money from Denham Capital.

Lola lasted until July 2017, when Rice Energy Inc. purchased the young company for $180 million. Rice, based at Southpointe, acquired 17,500 acres in the deal.

“They made an offer the board couldn’t refuse, so we sold to Rice,” Crockard said. “Then they almost immediately started their merger with EQT.”

EQT shelled out $6.7 billion to purchase Rice, a deal that closed in November 2017 and was brimming with ironies for Crockard. He not only had been a longtime EQT employee, but his startup was indirectly boosting his former company.

“We were certainly in the way of (EQT’s) growth plans,” Crockard said, referring to the properties Lola was leasing before its sale. “Our acreage became part of the Rice portfolio, so it was like a two-for-one deal for EQT.”

His links to both companies, not surprisingly, placed him in the midst of the volatile proxy battle that ensued at EQT. Toby Z. Rice, one of three brothers who founded Rice Energy, spearheaded a nine-month effort to take over the company, pushing a slate of seven candidates to form the majority of the 12-member board of directors.

The dispute was resolved July 10, at EQT’s annual meeting, when shareholders overwhelmingly elected Toby Rice’s slate. Crockard, coincidentally, was on hand at EQT headquarters to cast the last ballot, in favor of the newly elected seven.

Although Crockard is now crafting a career in shale gas, that was not on his radar while growing up in Dry Tavern, then Carmichaels. A member of the Carmichaels Area class of ‘87, Crockard secured an accounting degree at Waynesburg University and a law degree at West Virginia University.

He has never practiced law, but has benefited from his accounting background, working for Ernst & Young, a public accounting firm in Pittsburgh, for five years before his lengthy stint at EQT.

Crockard, who now lives in Sewickley Hills, is pleased to be serving his native Greene County. He said landowners there haven’t always been treated well by large oil and gas companies that are eager to sign leases.

“I hated to see how the people were being treated by big companies,” Crockard said. “You feel like Robin Hood. You want to go in and treat them fairly by offering better lease terms, better opportunities. If people feel you’ll treat them right, they’ll lease with you.”

With Lola II, Crockard is at it again, building up another startup. He said the company has nine full-time employees and 20 to 25 full-time equivalent contractors, and is projecting those numbers to double a year from now.