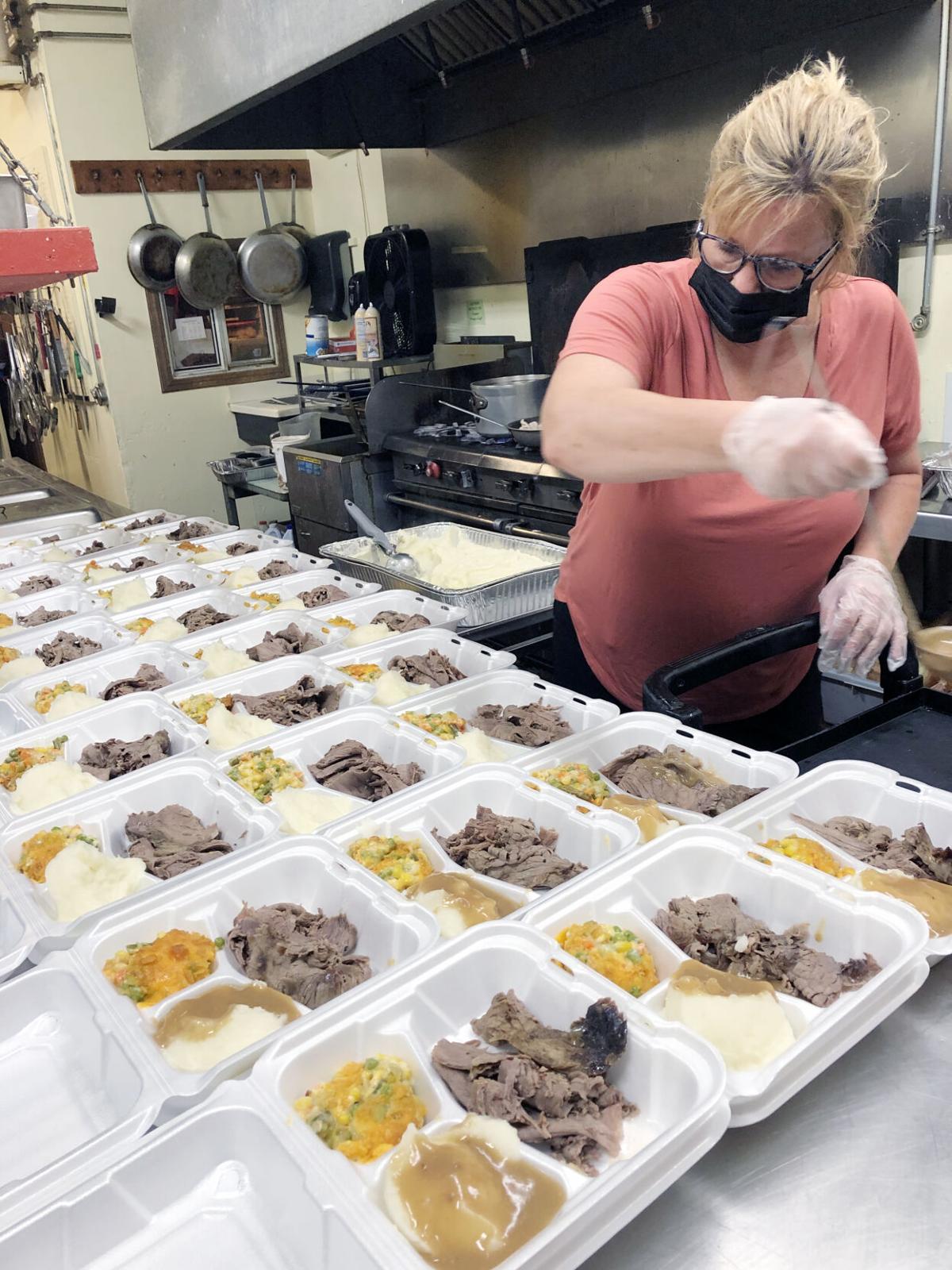 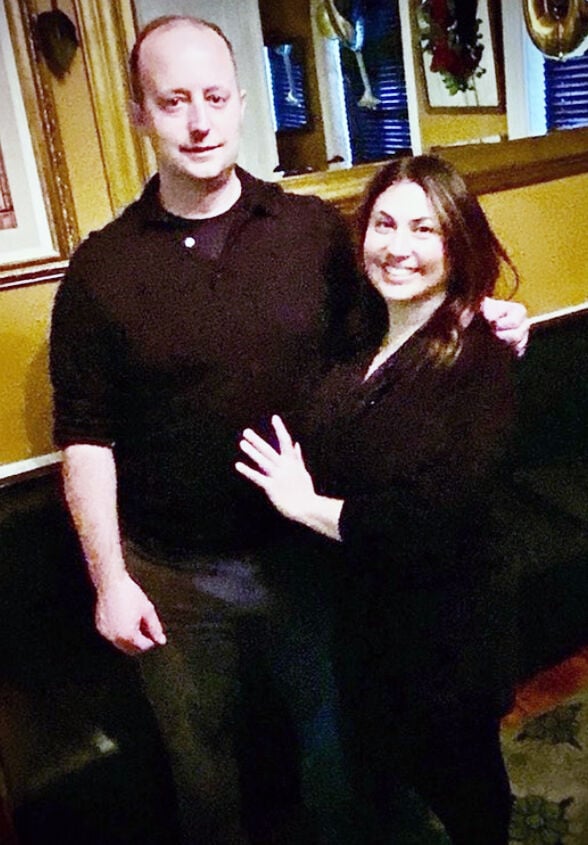 Owners Matt and Susanne Sager are pleased with how the transition to Pig and Fire House of Barbeque has gone. 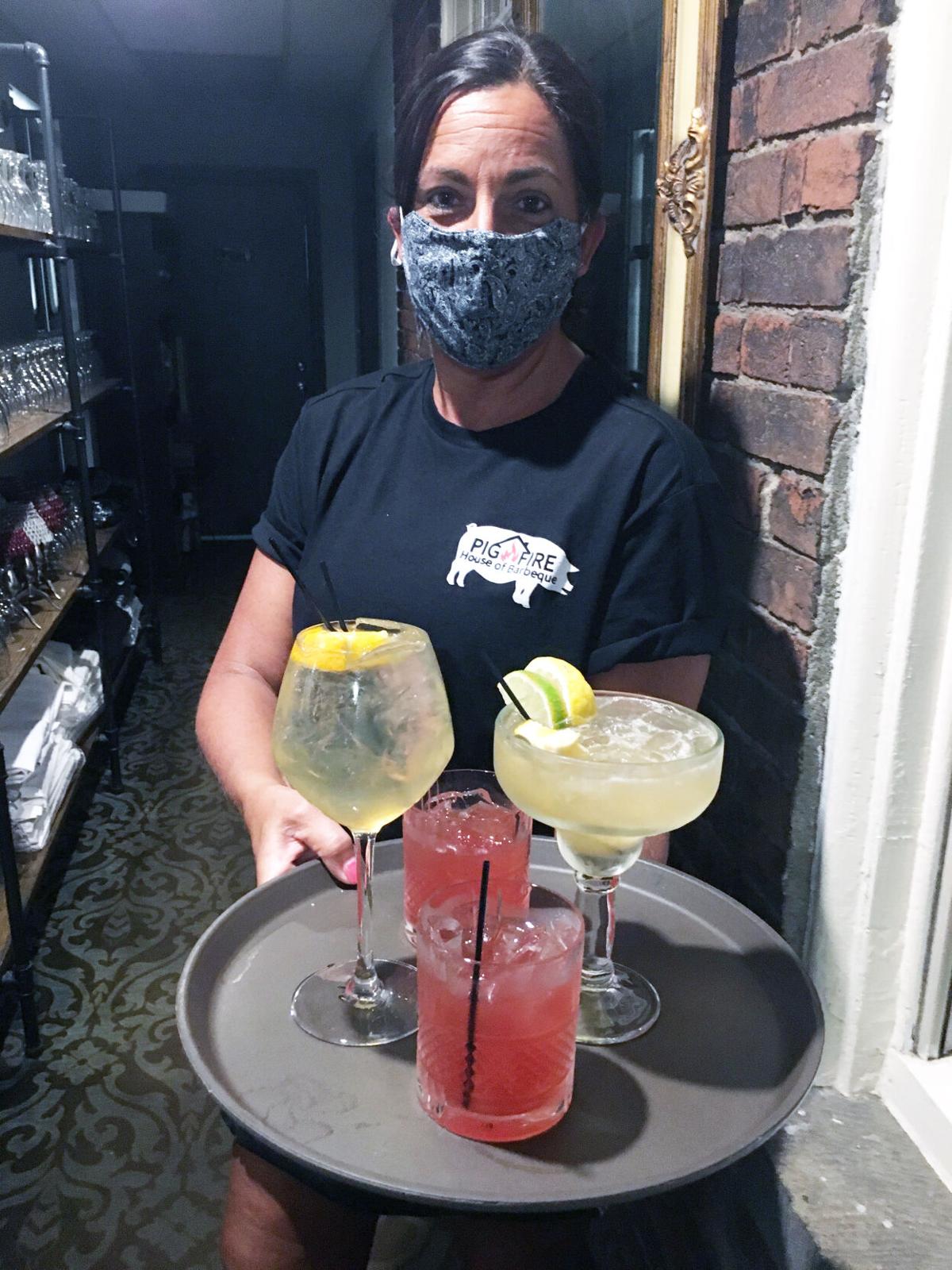 Mixed drinks add to the flavor of the Pig and Fire experience. 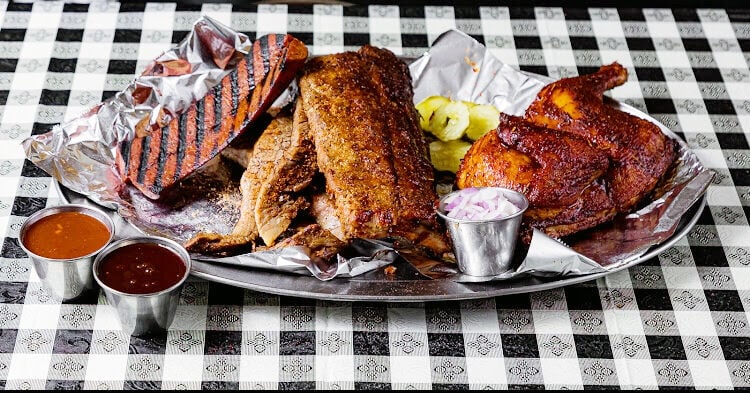 Some of the barbecued fare available at Pig and Fire. 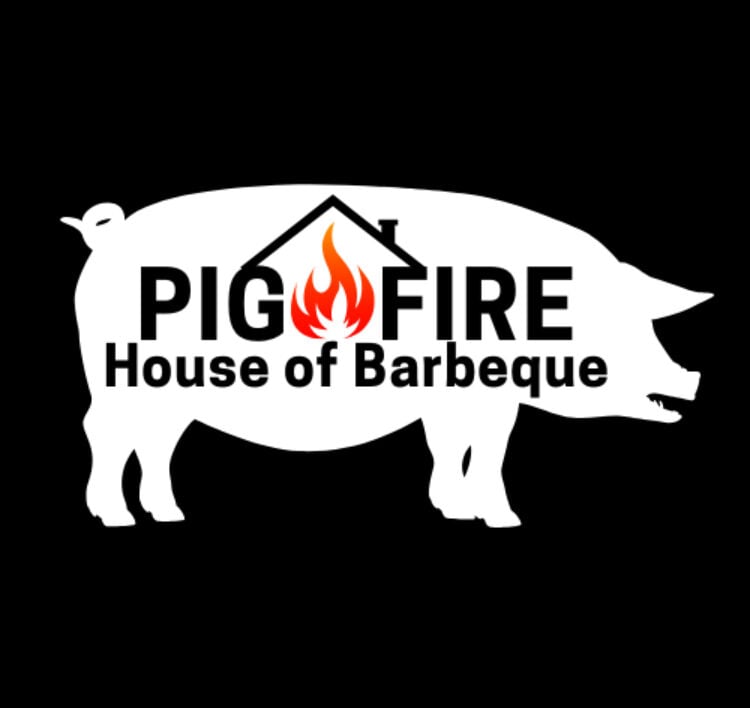 The owners of Palazzo 1837 Ristorante went whole hog on barbecue – and a name change. 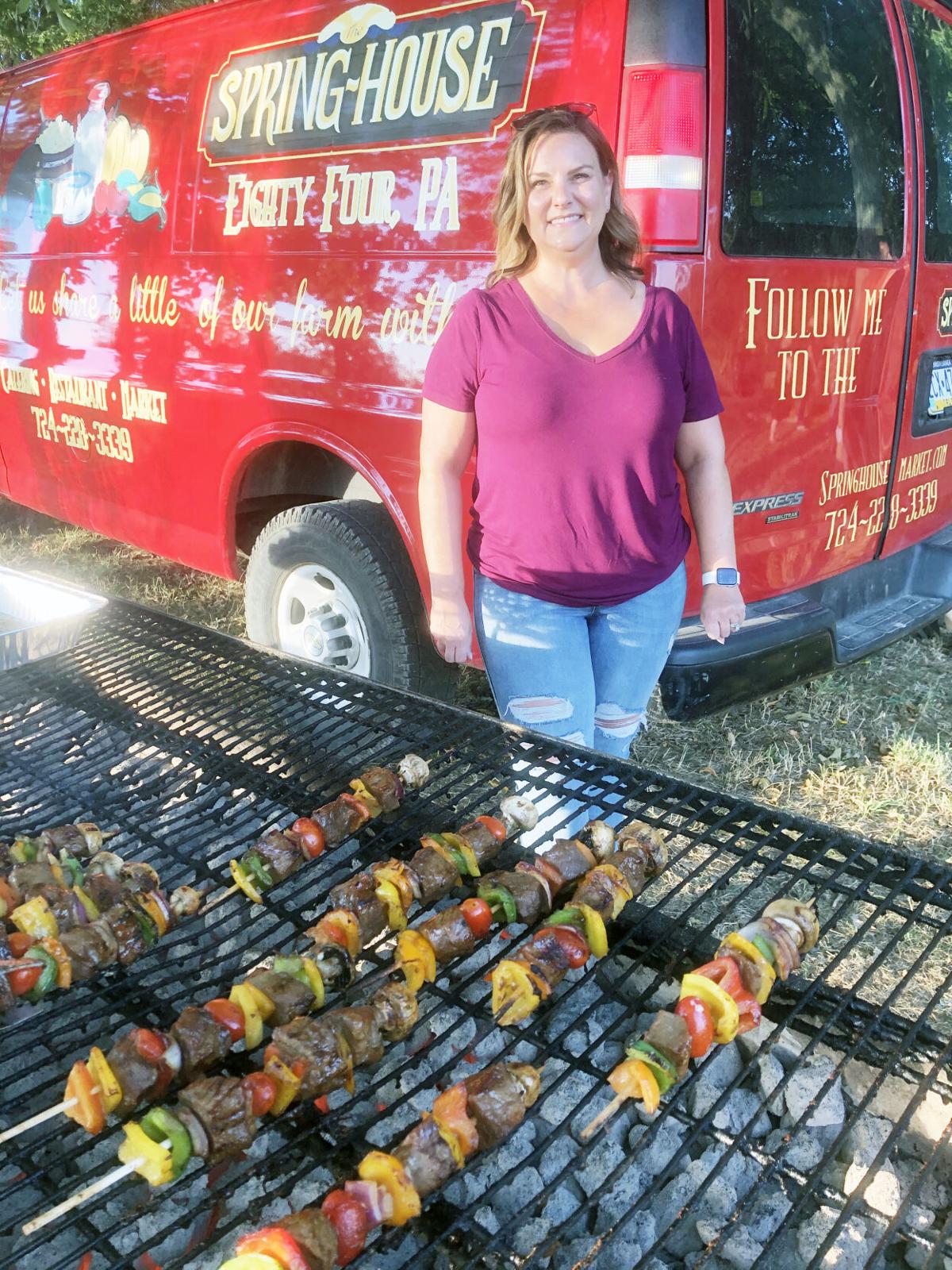 Courtesy of the SpringHouse Country Market and Restaurant

Heather Daddea, inside catering sales manager, and the SpringHouse team have kept the business rolling throughout the pandemic. 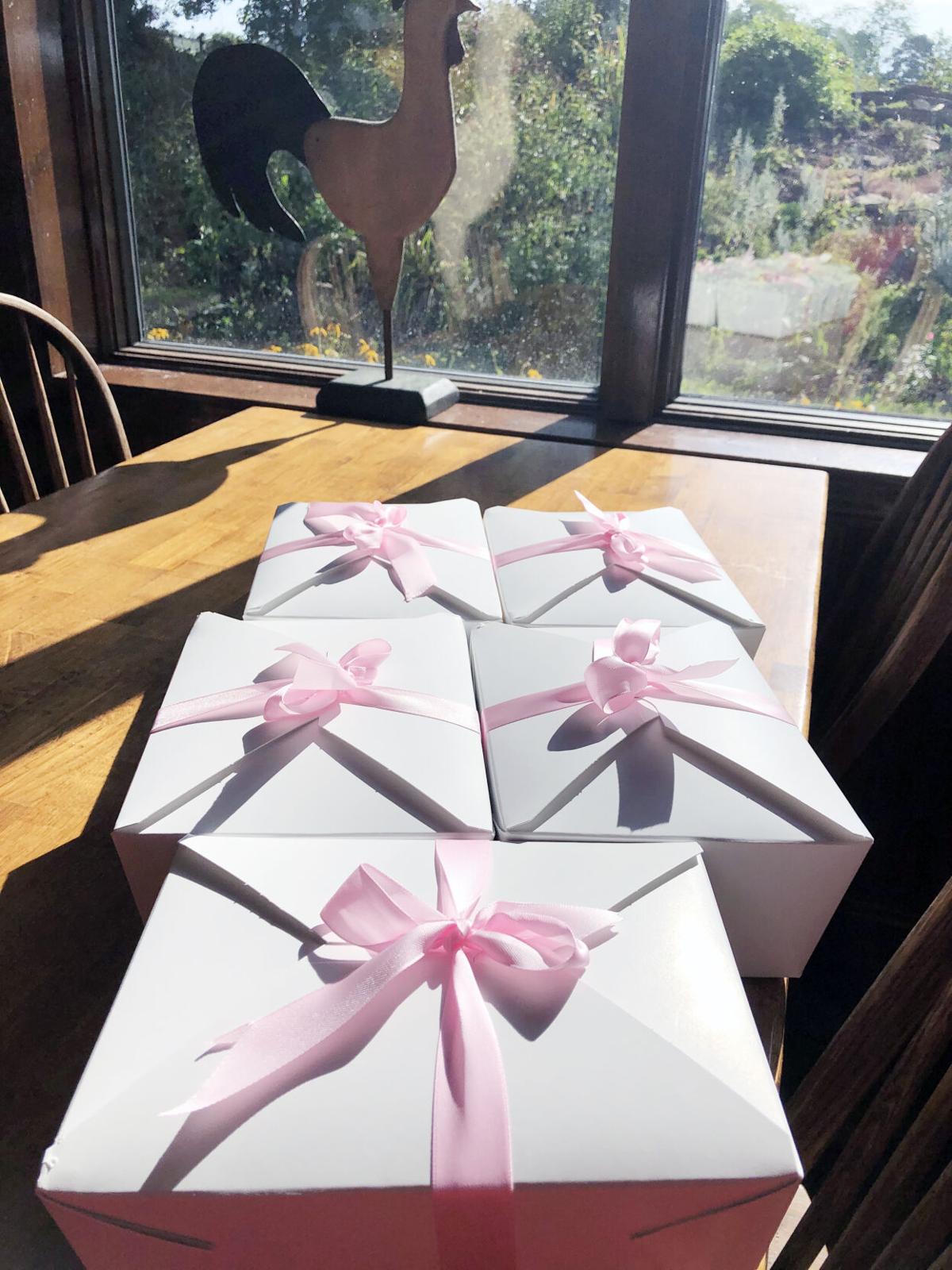 Brunch boxes have kept SpringHouse customers in the pink during the coronavirus pandemic. 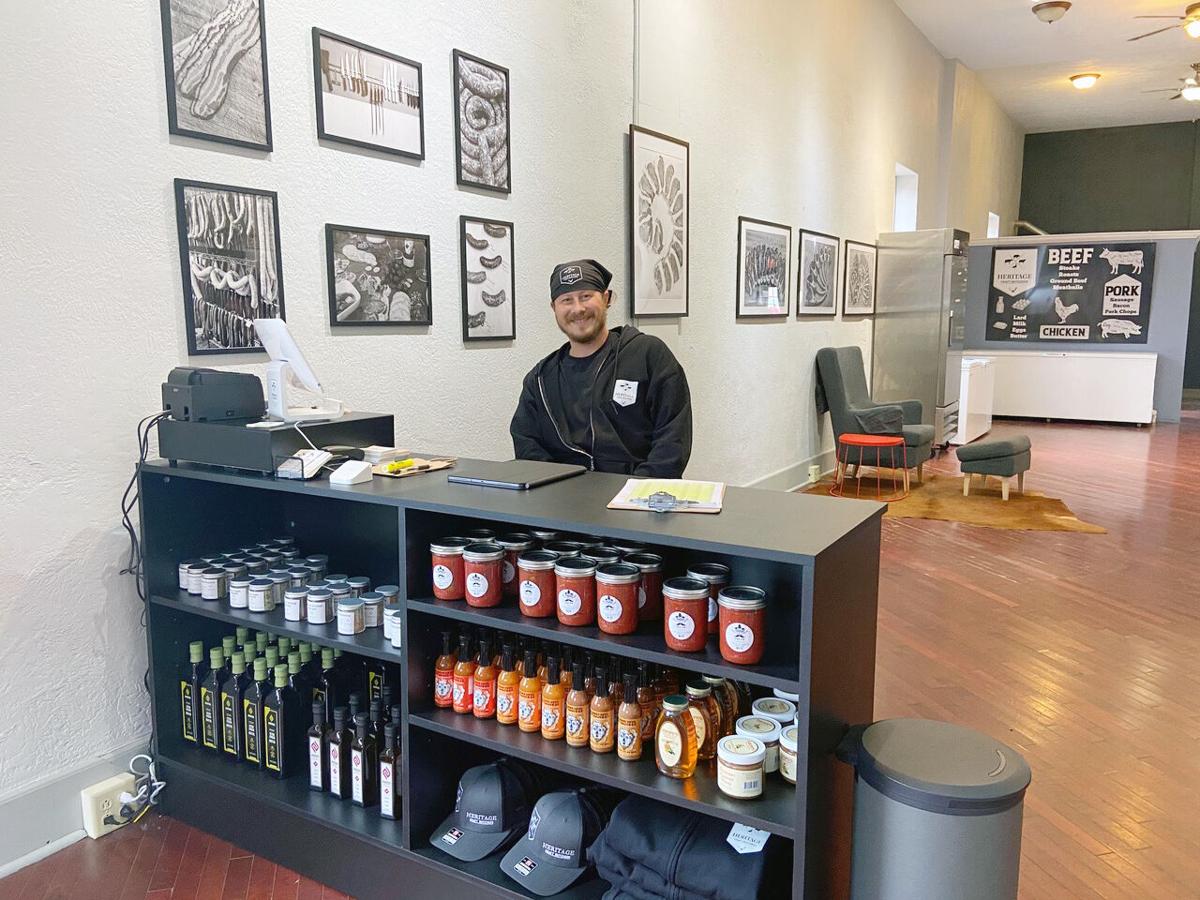 Owners Matt and Susanne Sager are pleased with how the transition to Pig and Fire House of Barbeque has gone.

Mixed drinks add to the flavor of the Pig and Fire experience.

Some of the barbecued fare available at Pig and Fire.

The owners of Palazzo 1837 Ristorante went whole hog on barbecue – and a name change.

Courtesy of the SpringHouse Country Market and Restaurant

Heather Daddea, inside catering sales manager, and the SpringHouse team have kept the business rolling throughout the pandemic.

Brunch boxes have kept SpringHouse customers in the pink during the coronavirus pandemic.

Susanne Sager and her husband, Matt, were taking care of business. For more than a decade, they had owned and operated Palazzo’s 1837 Ristorante, a fine-dining location along Washington Road in North Strabane Township.

Then last spring, COVID-19 intervened, stirring vats of turmoil at restaurants across Pennsylvania. In an effort to mitigate spread of the disease, Gov. Tom Wolf shut down “non-essential businesses” across the state, including indoor dining. Palazzo’s, like most of its industry peers, strove to persevere, offering takeout and outdoor dining, but ultimately suffered.

“By the middle of April, we were hemorrhaging,” Susanne said. “Takeout was not even paying the bills. We thought we’d have to close our doors by the end of April. I was crying every day, having panic attacks.”

Things changed a few weeks later. In fact, everything changed at their Shoppes at Quail Acres location.

The Sagers had a small smoker with which they prepared barbecue dishes for family and friends. In mid-May, Matt suggested they set up a popup barbecue operation, takeout only. He and Palazzo’s chef, Kevin Castellucci, know barbecue and gave it a shot.

They ordered 60 racks of ribs for the first weekend and sold out on Friday. “We replenished our stock and sold out again on Saturday,” Susanne said. “We thought we’d try again the next weekend and we kept selling out.

“We decided at the end of May that maybe we’ll switch to barbecue.”

“We are not only surviving, we’re thriving,” Susanne said. “It was an easy transition, and we’re very happy with the change. Don’t get me wrong, we miss Palazzo’s, but people prefer ‘Pig.’

One year after the pandemic initially struck Southwestern Pennsylvania, businesses are still employing methods of operation they instituted during the outbreak for safety reasons. They have displayed ingenuity throughout, from having employees working at home to Zoom meetings to e-medicine.

For the food-service industry, it has meant ordering online, takeout, delivery, outdoor dining (warm weather) and limited gatherings inside. For others, it has been change in operations to survive and, perhaps, boost the bottom line.

Community outreach has been part of the equation as well.

Crown Castle, one of Washington County’s biggest employers, has an onsite cafeteria for its employees. But because the vast majority of them, if not all, have been working at home since mid-March, the company used the cafeteria to provide meals for frontline workers.

A morning brainstorm led to further innovation. “Really, I just woke up one morning and had an idea to get into the mask business,” Chris Gearing told the Herald-Standard.

Gearing is the vice president of Fayette Pipe Co., Specialty Conduit and Manufacturing and DCG Supplies, all in Mount Braddock.

Family members were working in the health field, so Gearing was aware there was a need for protective masks. No one inside his workplace, however, knew how to make them, but Gearing decided to forge onward in an unoccupied space.

He had a mask-manufacturing machine shipped from China. Instructions were written in Chinese, though, so workers had to use a Google Translate app on their phones to find out how to operate the machine.

Eventually, they were able to produce 18,000 masks every 10 hours. The masks were sold to businesses at a small price and donated to first-responders, health care organizations, human service agencies and other nonprofits located in or serving Fayette, Greene, Washington and Westmoreland counties.

Alisa Fava-Fasnacht likewise moved quickly after COVID-19 began its assault on the region. “You have to jump or shutter your business. Those are your choices,” she said.

The owner of Marketplace at Emerald Valley in Washington decided to move away from a sit-down dining/bistro operation to a mix with more of a grocery flavor. Her marketplace would work with other purveyors to provide a blend of offerings for consumers.

“We’re involved with 61 businesses – small farms and producers,” Fava-Fasnacht said. “We have honey people, jam people, all part of a local movement.

“We need to collaborate and become more of a force working together. COVID kind of shoved us from behind.”

“As soon as it happened, we said we have get moving on how to best help our customers,” said Marcia Minor Opp, owner and manager of the longtime family-run, family-oriented destination in North Strabane. “Everything in life is changing, and changes momentarily.”

The market, regarded as a necessary business, remained open during the initial shutdown. Changes and additions were necessary, though. One of the first things SpringHouse management decided during the pandemic was to significantly slash prices on milk, a major foodstuff there. “Cows keep on producing,” Opp said.

SpringHouse added curbside pickup and “car hop” deliveries a couple of days a week and erected tents for outdoor warm-weather dining. It also initiated Take and Bake meals, dinner for four to six people featuring an entree and several sides, including dessert. Just pop them into the oven for 15 to 20 minutes.

“We do a lot more takeout now. We miss not having as many hanging people out in the SpringHouse, but it’s nice to know we’re still still part of the equation with people.”

Heritage Craft Butchers has remained a cut above despite making pervasive changes.

The partners opened a distribution facility/store in Washington in September, to go with an similar existing space in Waynesburg for their West Bethlehem Township-based operation. They specialize in craft meats and charcuterie items, and cut, cure, prepare and sell meat selections.

They entered 2020 planning numerous events, including hands-on butchering and meat-related clinics that would draw and engage groups for two hours.

“We had something going on every day,” Von Scio said. “Then about March 1, it was apparent that doing that was not going to work. You couldn’t bring disparate groups into rooms.”

Von Scio, his wife, Sara, and White responded with innovation. They came up with monthly Butcher Bags and weekly Essentials Bags filled with meats and other items – bundling staple items that began with a meat product – chicken breasts, ground beef or steaks, perhaps.

For a few months, they distributed the bags for pickup at the Main Street Pavilion in Washington, then did so when the farmers market season kicked off there in the spring.

The Heritage team devised the Butcher Bag subscription, which began to gain momentum in January 2020 with 56 subscriptions. By December, the owners had 226.

“We’ve learned a lot,” Von Scio said. “Last year wasn’t a gold rush, but it was very gratifying because were selling quickly. I don’t want to be known for not having things.”