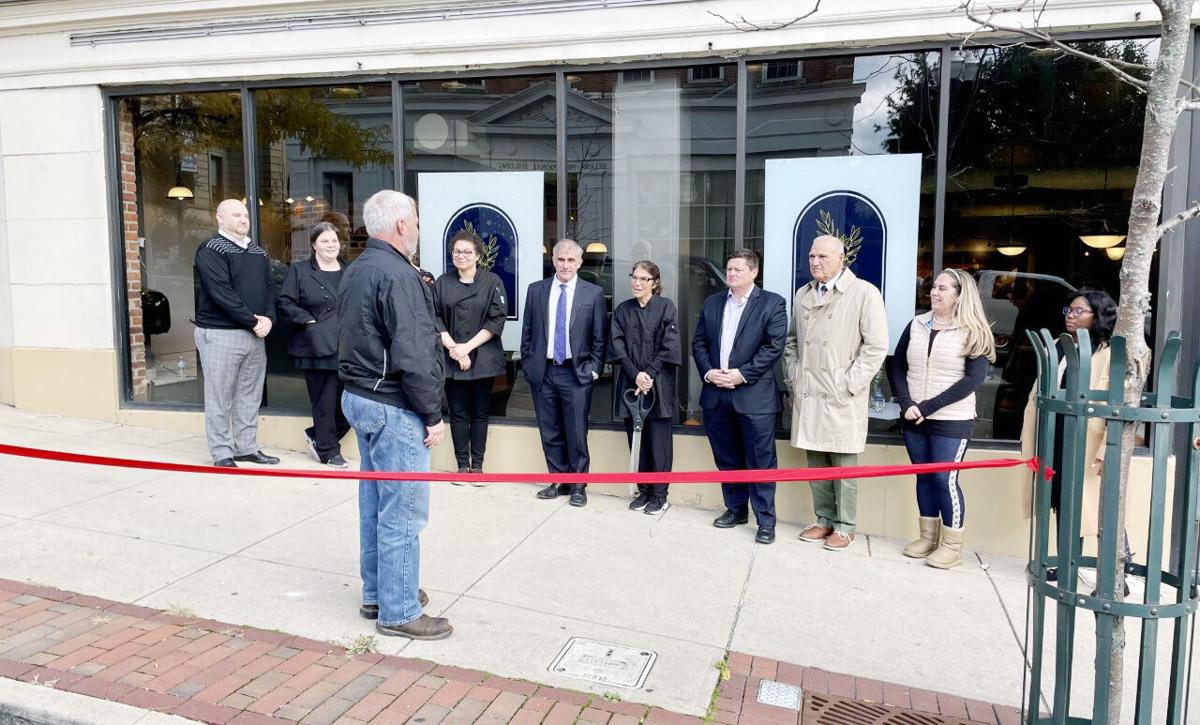 Dignitaries line up for the ceremonial ribbon-cutting at Kouzina Greek Bistro. 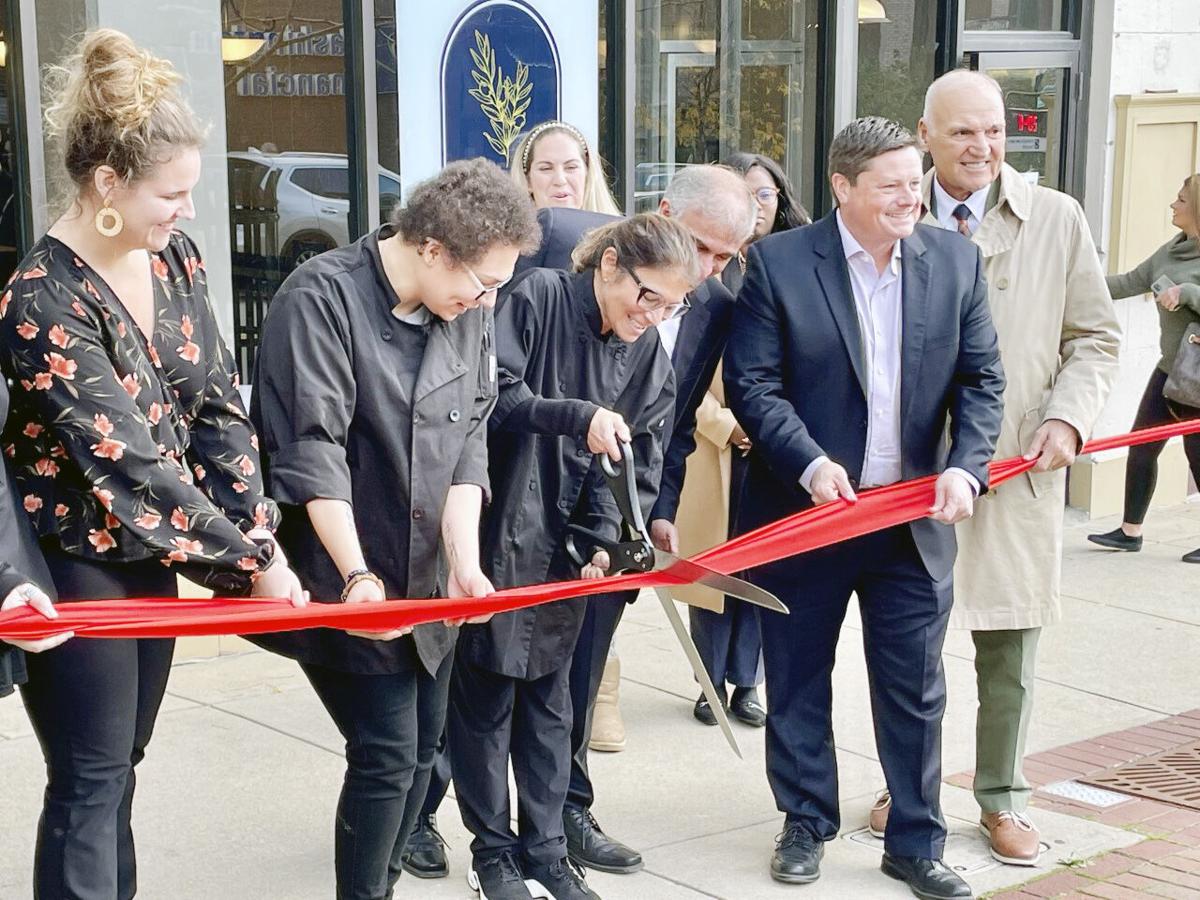 Kathy Pyros gets a lot of support as she cuts the ribbon at “her” restaurant, Kouzina Greek Bistro in Washington. 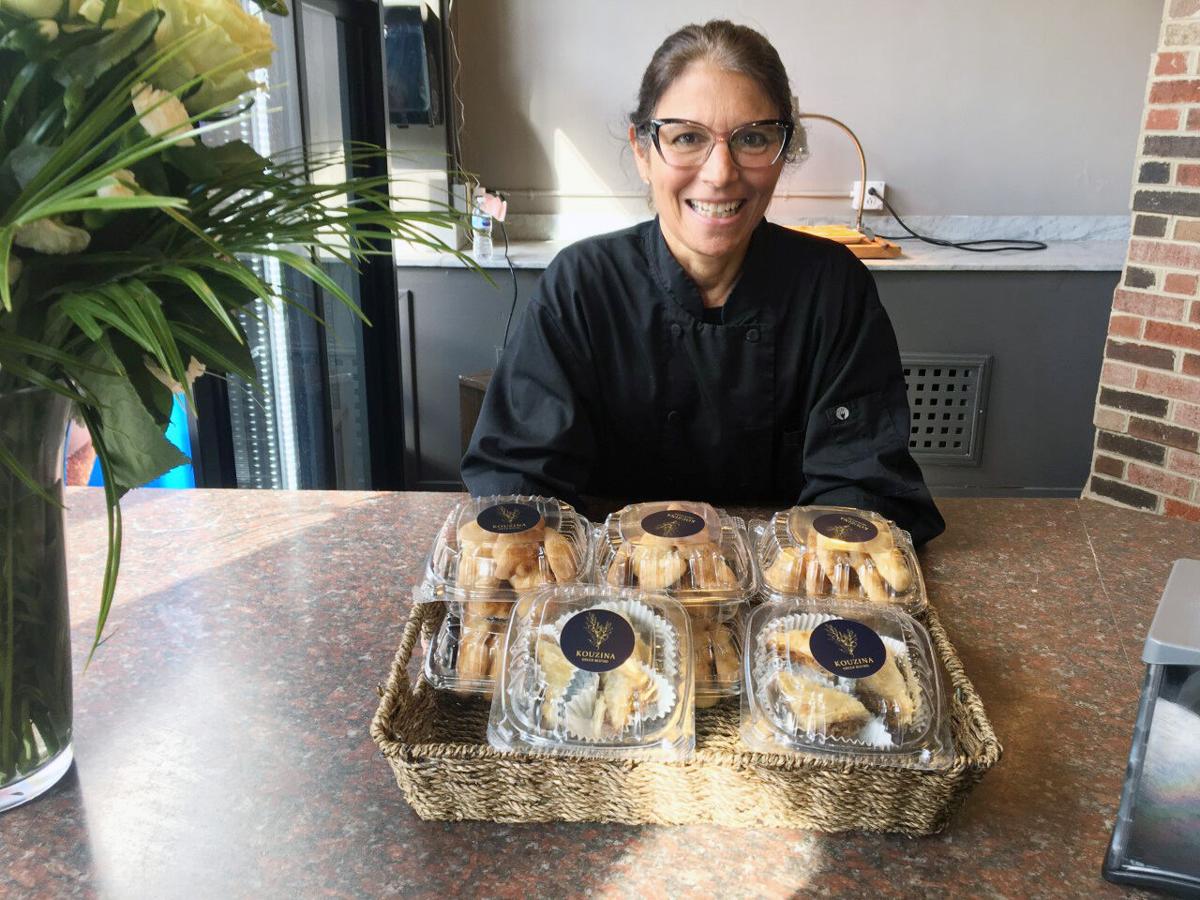 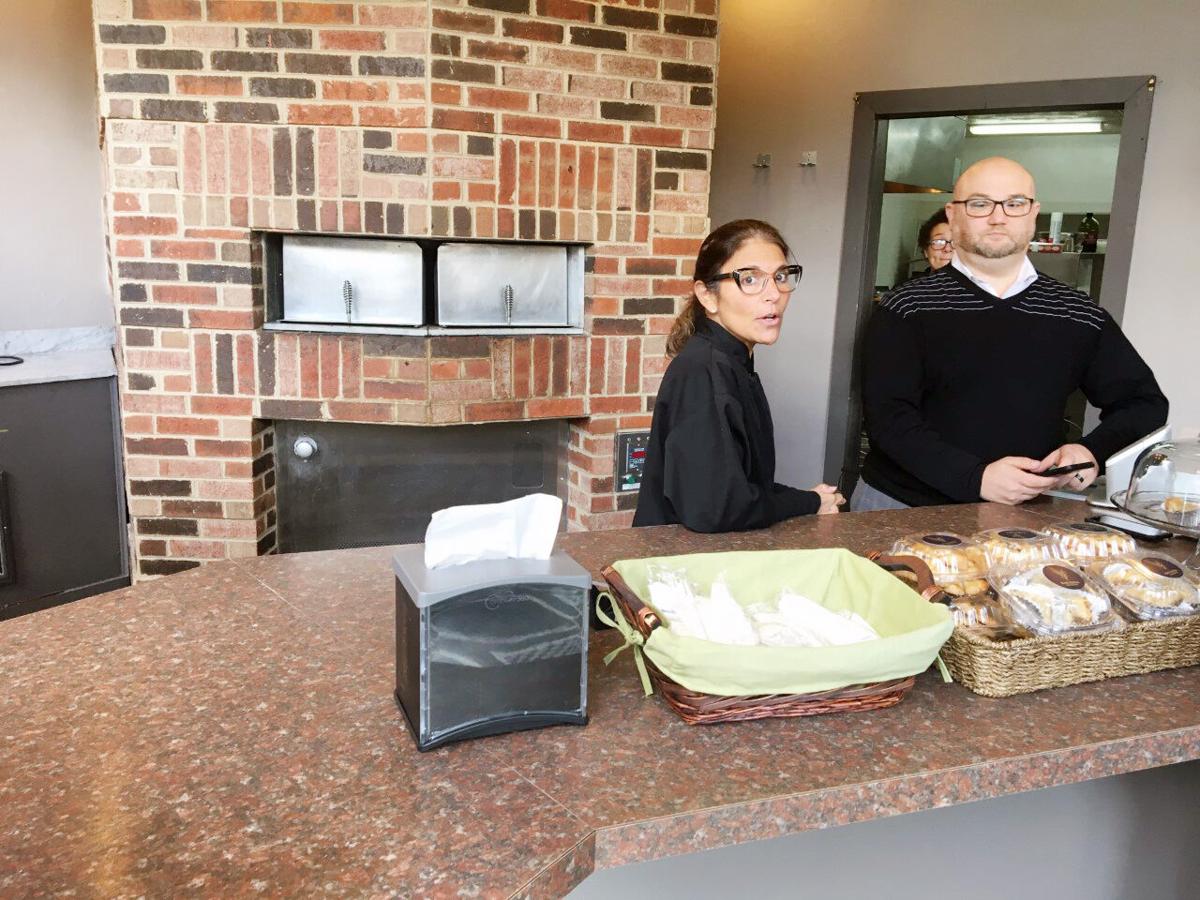 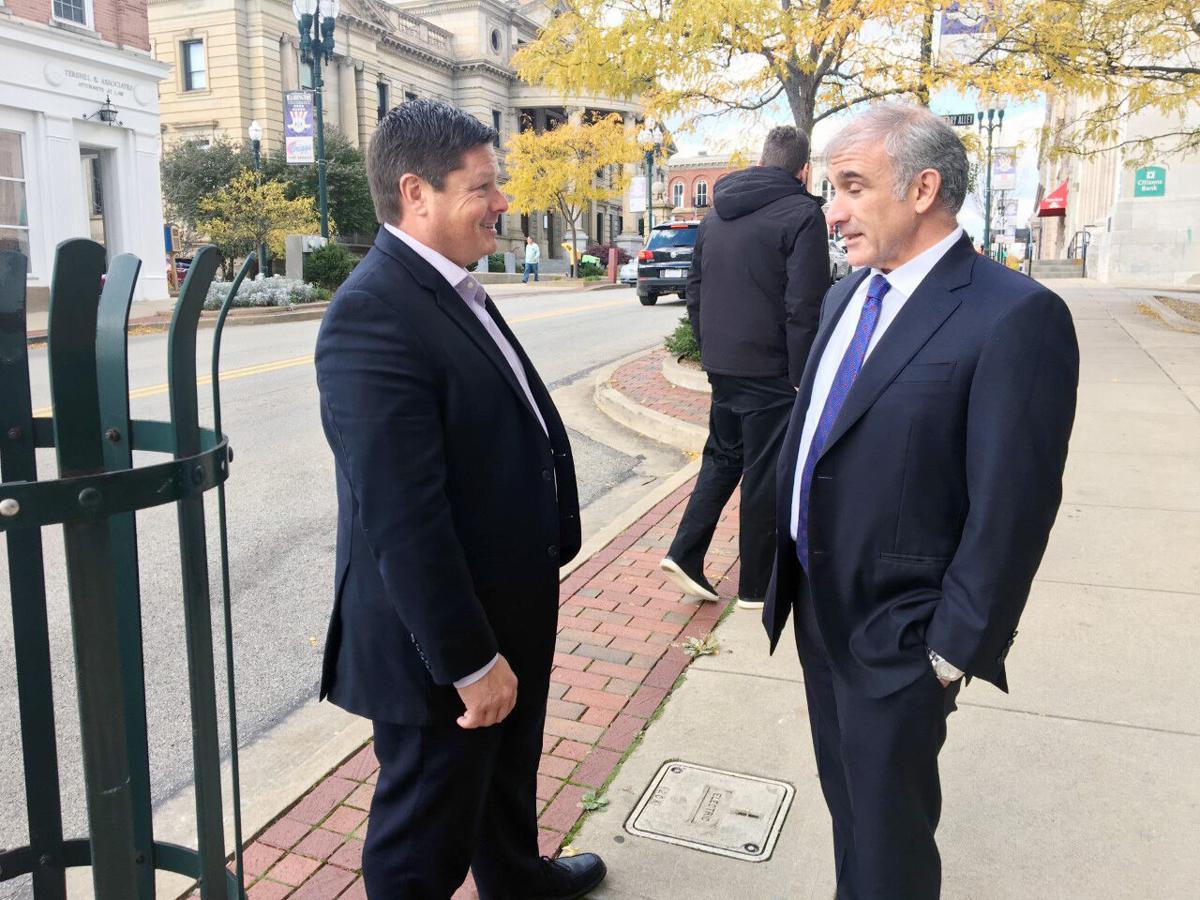 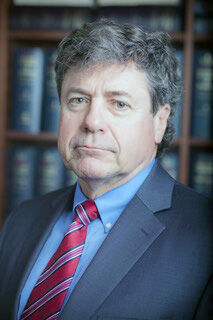 Dignitaries line up for the ceremonial ribbon-cutting at Kouzina Greek Bistro.

Kathy Pyros gets a lot of support as she cuts the ribbon at “her” restaurant, Kouzina Greek Bistro in Washington.

Now every week is Greek week in downtown Washington.

Kouzina Greek Bistro opened two weeks ago at 60 S. Main St., in the George Washington Hotel. The restaurant serves lunch – 11 a.m. to 2 p.m. – Tuesday through Friday, and specializes in Mediterranean and Greek cuisine. It operates in a space previously occupied by the Hopewell Diner, which closed.

Owners and operators held a ceremonial ribbon cutting on Wednesday afternoon, which drew a modest crowd that included Washington County commissioners Larry Maggi and Nick Sherman; Shana Brown, the city’s Main Street manager; and spouses Jim and Ellen Hough, two of the owners of Liberty Pole Spirits a couple of blocks away.

“This is really exciting for the city,” Brown said, minutes after handing the oversized scissors – more like a machete – to Kathy Pyros, the main cook at Kouzina. Kathy handled that form of cutlery as deftly as she handles kitchen utensils, efficiently snipping the celebratory ribbon.

Her husband, Kyrk Pyros, owns the remodeled and locally iconic George Washington. Yet, despite being overseer of the 500,000-square-foot property, Kyrk said definitively, “this is her restaurant.”

“She created this concept,” said Rob Plutto, general manager of the George Washington, while standing behind Kouzina’s counter ahead of the ribbon-cutting.

Kathy is responsible for the soups, salads and side dishes served at Kouzina, along with five sandwiches, including gyros and spanakopita. Her dessert tray features baklava and koulourakia.

The restaurant fronts South Main, across from the county courthouse. It is comfortably sized and fashionably designed, an attractive addition to a stretch of the city that has largely endured during the pandemic.

Ten of the GW’s 58 employees are working at Kouzina, Plutto said.

The hotel is a revered landmark, the third-tallest building in the city, at 135 feet. Plutto said the structure has undergone about $9 million in renovations in recent times. Rooms, studios, and one- and two-bedroom suites are available, featuring gilded fixtures, arched windows and period details. Events, including wedding receptions, can be scheduled there as well.

A major bash already is planned there for 2022, and festivities should extend beyond the grand ballroom. The George Washington, named for the initial U.S. president, will mark its centennial in the new year – a century after it opened. Plans for the 100th birthday party are still being formulated.

The owner and principal of a Washington-based law firm has been honored.

Paul A. Tershel, head of Tershel & Associates, was presented with an award for 25 years of certification for Civil Trial Law performance by the National Board of Trial Advocacy.

“I am very grateful for the acknowledgement, but what’s most gratifying ... is that Tershel & Associates has been able to serve the legal needs of our clients so capably and so completely since its inception,” said Tershel, a Canonsburg native. He graduated from the University of Virginia and the Duquesne University School of Law.

That board, accredited by the American Bar Association, first awarded him certification for civil trials performance in March 1996, certification that has been sustained annually for the past 25 years.

Tershel & Associates is made up of personal injury and medical malpractice attorneys serving Washington, Pittsburgh and other communities in Southwestern Pennsylvania.

Washington-based Blueprints is one of 24 community action agencies that will benefit from a fundraiser run by First Commonwealth Bank.

The Indiana, Pa.-based bank is conducting its “Share the Warmth” community campaign through November. First Commonwealth said in a news release it will match up to $100,000 for agencies across its footprint: Western and central Pennsylvania, along with the Canton and Columbus, Ohio areas.

Blueprints, a nonprofit headquartered on West Beau Street, formerly operated as Community Action Southwest. It serves about 20,000 residents of Washington and Greene counties and West Virginia.

Blueprints’ mission, according to its website, is to serve “as the catalyst to mobilize the resources of the entire community to enable families and individuals in our service area to attain the skills, knowledge, motivations and opportunities to become self-sufficient.”