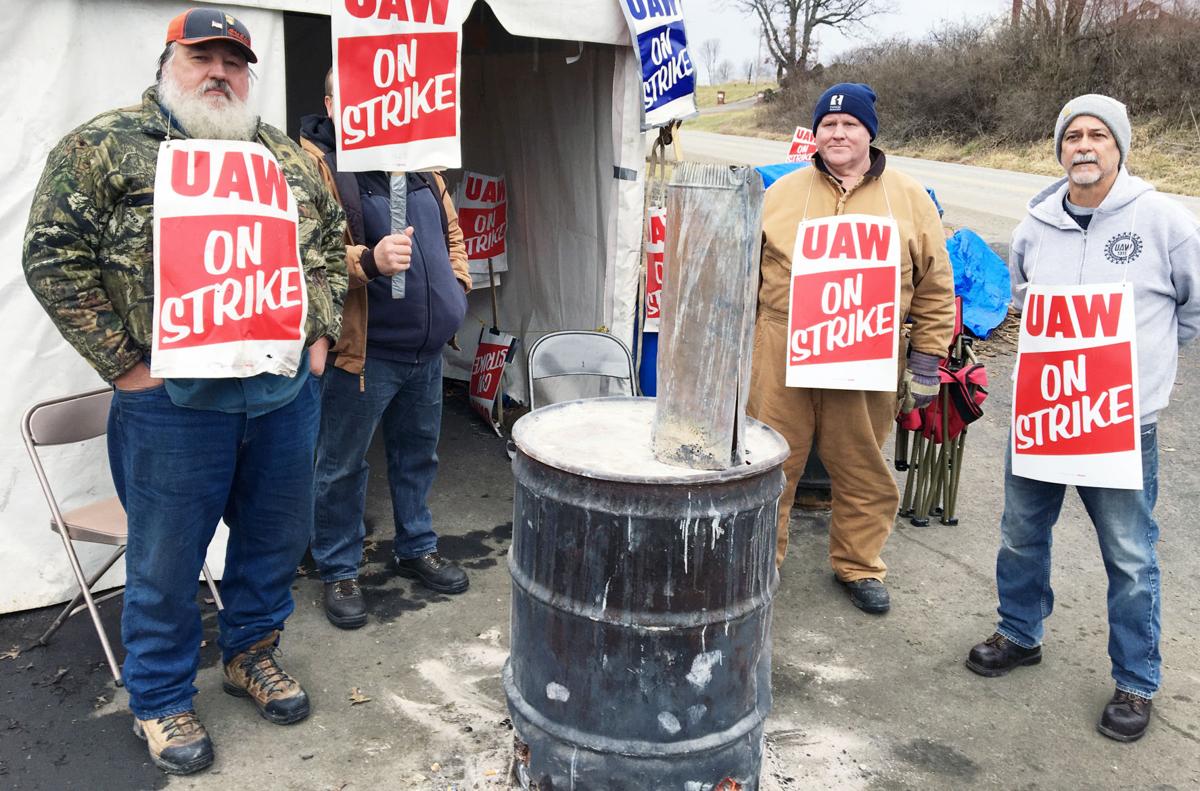 The jobs of 83 union employees at Langeloth Metallurgical Co., on strike for four months, may be in peril after the company allegedly hired replacement workers.

It is not known definitively whether replacement workers are at the plant, although a couple of union pickets said Tuesday that the parking lot had more vehicles than usual.

Management at the metal fabricating firm, in the Langeloth section of Smith Township, did not respond to multiple requests for comment from the Observer-Reporter. A security official at the gate to the plant said the company liaison for the media would not be available Tuesday.

Hall said he heard different replacement personnel figures in recent days. A source told him over the weekend that “about 100” replacement workers had been hired; then on Tuesday, the local president said he heard that 64 of them arrived Monday for training.

UAW members began the work stoppage Sept. 9 in a dispute over “seniority, scheduling changes and the opportunity to bid (for jobs) with the labor board,” Hall said. Seniority, the key issue with the union, enables workers with the longest service time to get priority when certain jobs are available. Pay, Hall said, was not part of the equation. “We didn’t ask for a raise.”

The two sides have talked only once, on Dec. 5, but made no progress. That bothers state Rep. Jason Ortitay, R-Cecil Township, who believes “both sides had reason to compromise.”

“There’s no reason this needed to happen,” he said. “This has lasted four months, so there does not appear to be a big commitment to work together.”

Ortitay, whose district includes a large swath of northern Washington County, appeared at the work site each of the past two days. He said he attempted to speak to two management officials on Monday, but had to leave his cellphone number for them and did not get a call back.

“I want these sides to get back to work. This could end up depriving the area of certain economic benefits.”

Although the UAW employees aren’t on the job, they are reporting to their worksite, picketing at the plant entrance around-the-clock in groups of four to six. A number of motorists honk and wave – in support – as they pass by.

“The community has been very, very supportive of us,” said one striking employee, who asked to remain anonymous. “Burgettstown High School and Avella High School each dropped off 10 pizzas, other organizations have donated water and other items. Some people stop and drop off $20 or $40.”

The union’s next step? “Our attorneys are looking into every avenue, every angle to advise us,” Hall said.

UAW pickets Tuesday morning weren’t a picture of encouragement, though. One, who is near retirement and likewise requested anonymity, said point blank: “I doubt very much that we will be back.”