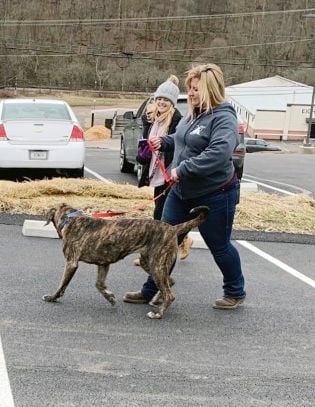 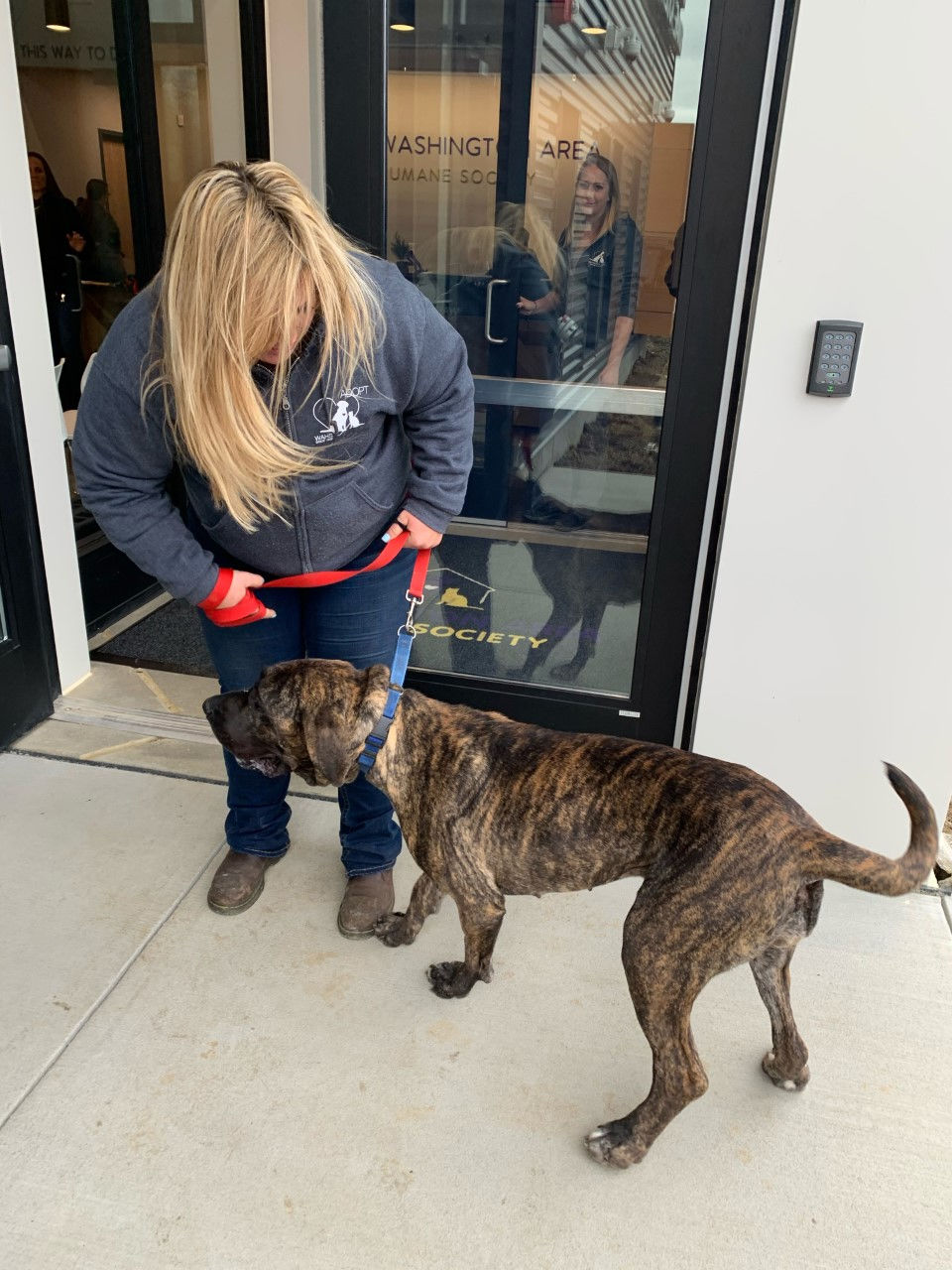 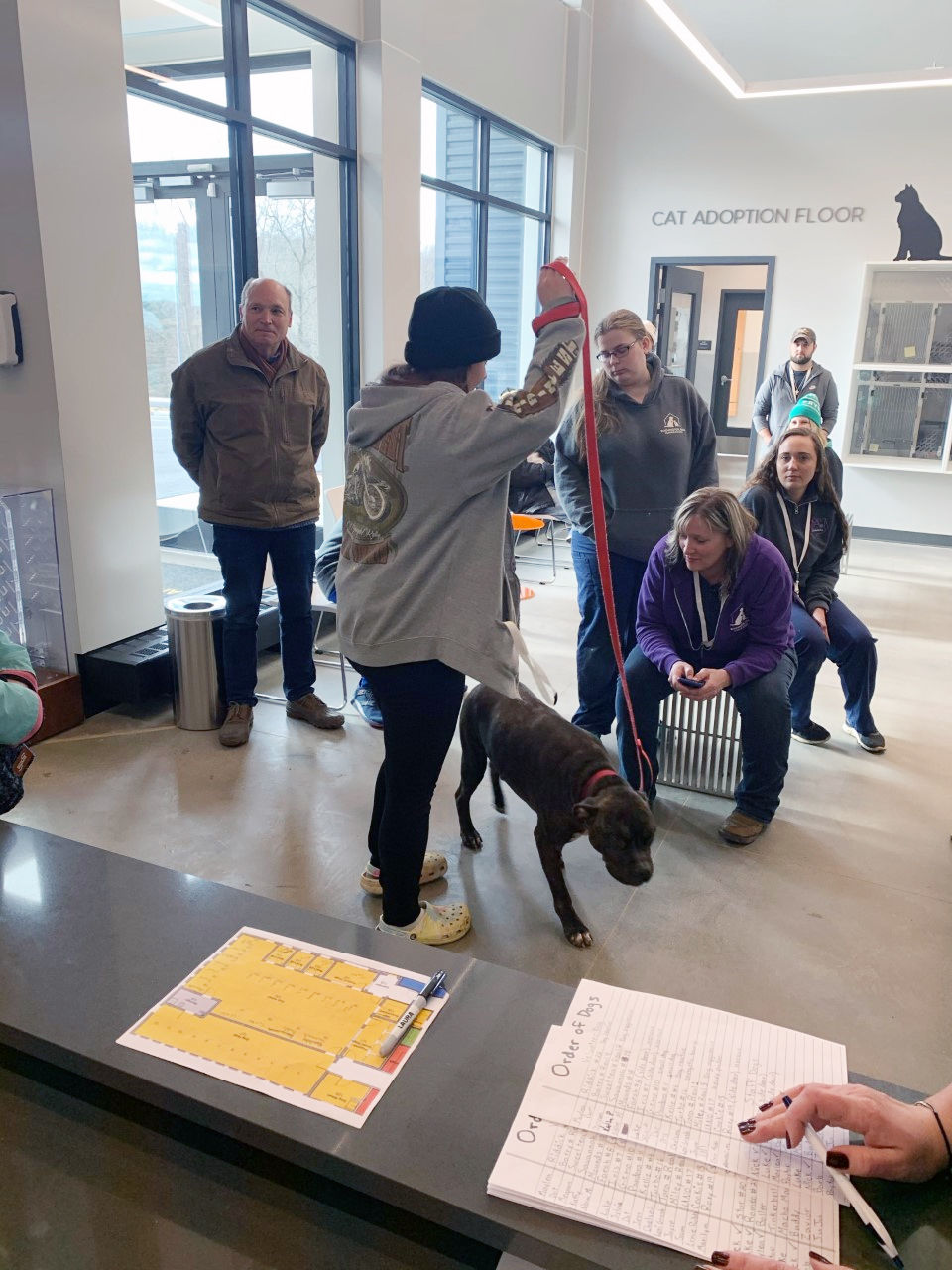 Volunteers wait Tuesday in the lobby of the Washington Area Humane Society in North Strabane Township. 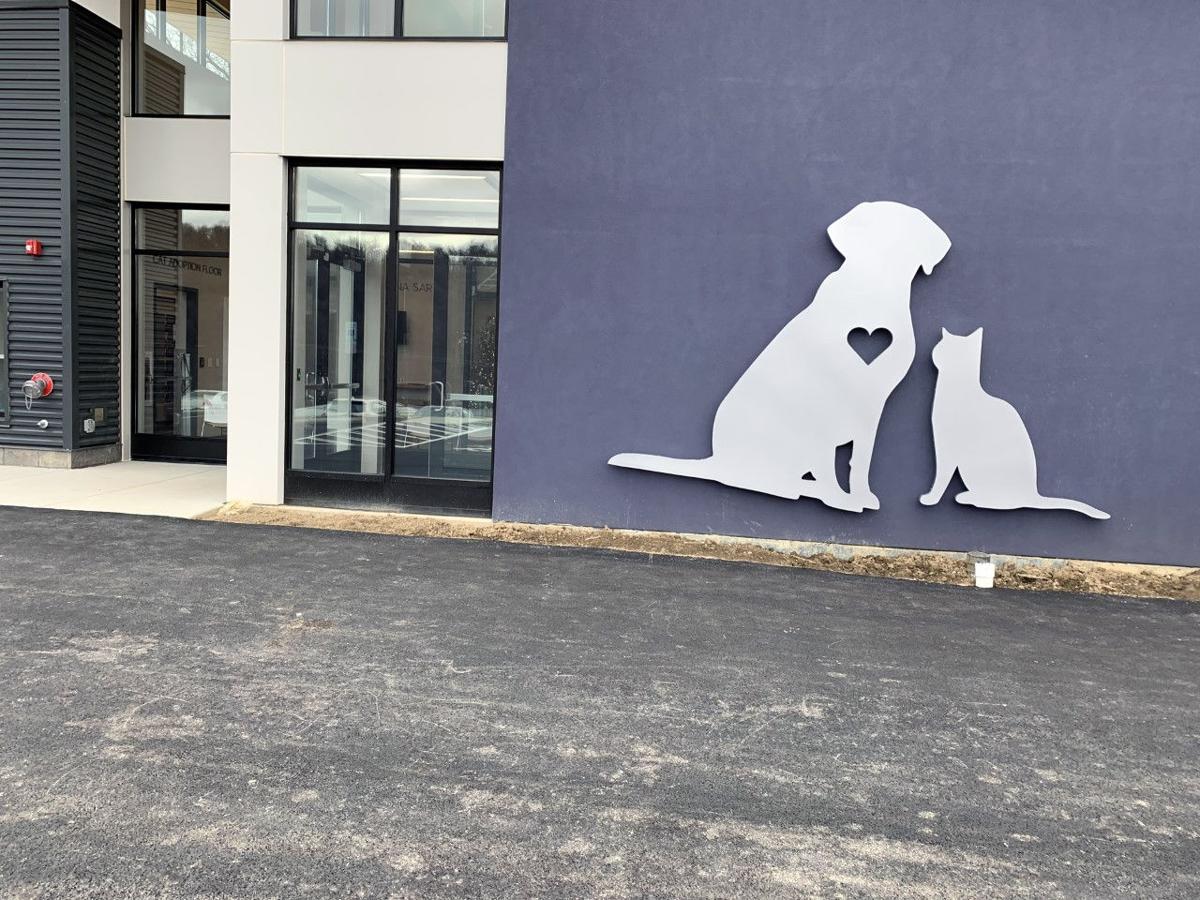 Washington Area Humane Society’s new building will be open to the public Friday.

Volunteers wait Tuesday in the lobby of the Washington Area Humane Society in North Strabane Township.

Washington Area Humane Society’s new building will be open to the public Friday.

They declined comment, of course, but most of the 30 canines and 28 felines that were escorted to their new residence Tuesday morning appeared to be purr-fectly pleased.

Washington Area Humane Society’s new building was, initially, a howling success among the furry four-legged denizens. They moved from their cramped, outdated facility – which will be razed soon – into the 10,000-square-foot structure that was erected on the hill above it, and which is 33% larger and certainly spiffier.

“We are beyond excited about our new home,” said Kelly Proudfit, the executive director, who oversaw construction on the society’s five-acre site off Route 136 in North Strabane Township.

Ground was broken in September 2018 and the project took a little more than 15 months, slightly longer than Proudfit initially estimated. Yet she is thrilled the building is up and going – and will open to the public Friday.

“This is a fresh beginning for the Washington Area Humane Society,” she said. “The next month, we will be working out all of the operational kinks.”

Proudfit describes it as a state-of-the-art center that can accommodate 60 dogs and 60 cats, about 10 more of each than the 7,500-square-foot center. Amenities include a surgery/clinic for spaying, neutering and vaccination; kennels with heated floors; cat condos; an education room for events and group activities; an isolation unit for ailing dogs and cats; and meet-and-greet and play yards for animal enrichment.

It was a $5 million project that required numerous donations, including a $1.5 million capital campaign called “New Home, New Hope.” One anonymous donor provided a major boost, matching other donations dollar for dollar up to $50,000. The nonprofit also established a donor wall in the Education Room, where, for $100, an individual got a three-inch metal dog tag inscribed in memory of a family member or pet.

The humane society, however, attained its financial goals.

“Thank you to everyone who supported our ‘New Home, New Hope’ capital campaign and made this a reality,” Proudfit said.

She has planned several events, including a donor preview and, in February, a ribbon cutting followed by a public grand opening, which will include public tours of the facility.

Humane society hours are noon to 5 p.m. Wednesday, Friday and Saturday; and noon to 7 p.m. Tuesday and Thursday. The facility is closed Sundays and Mondays.