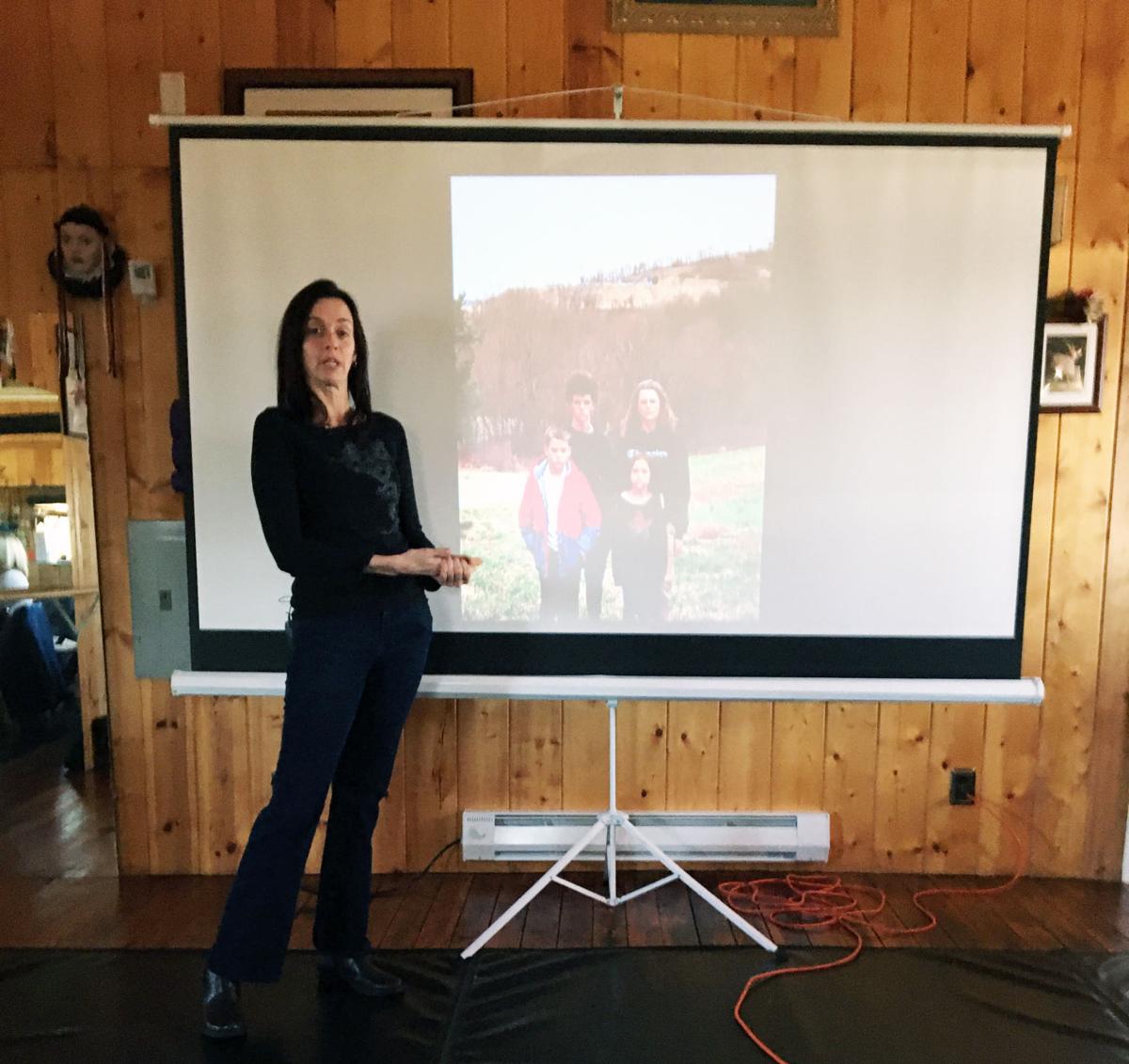 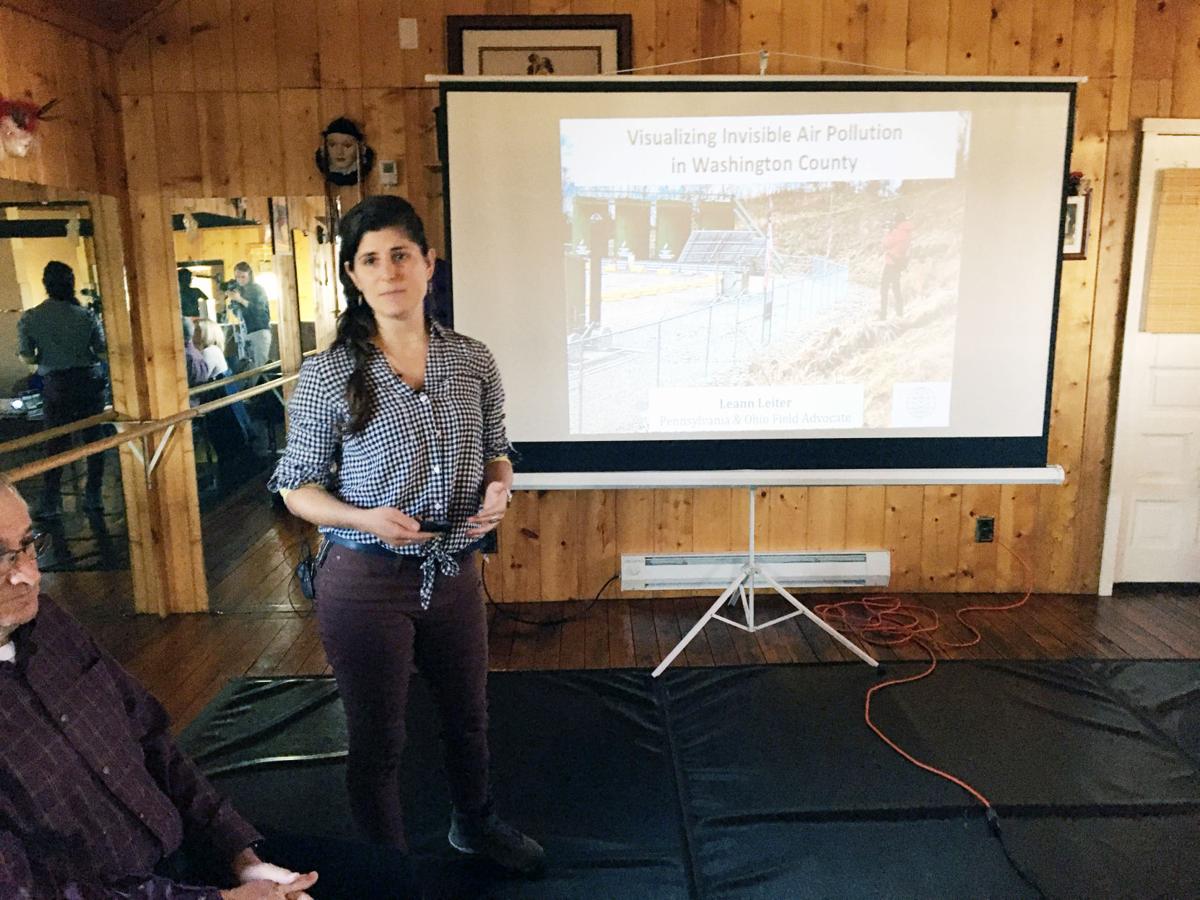 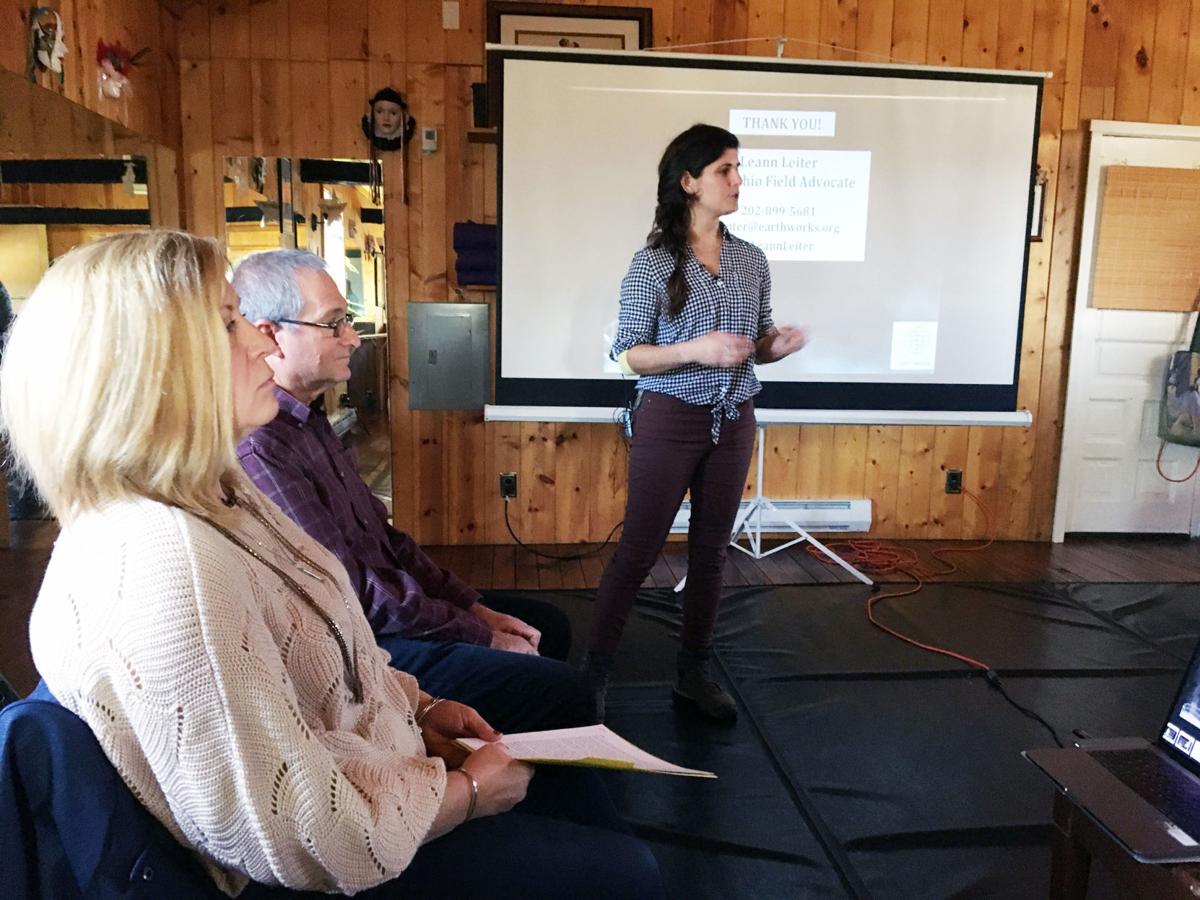 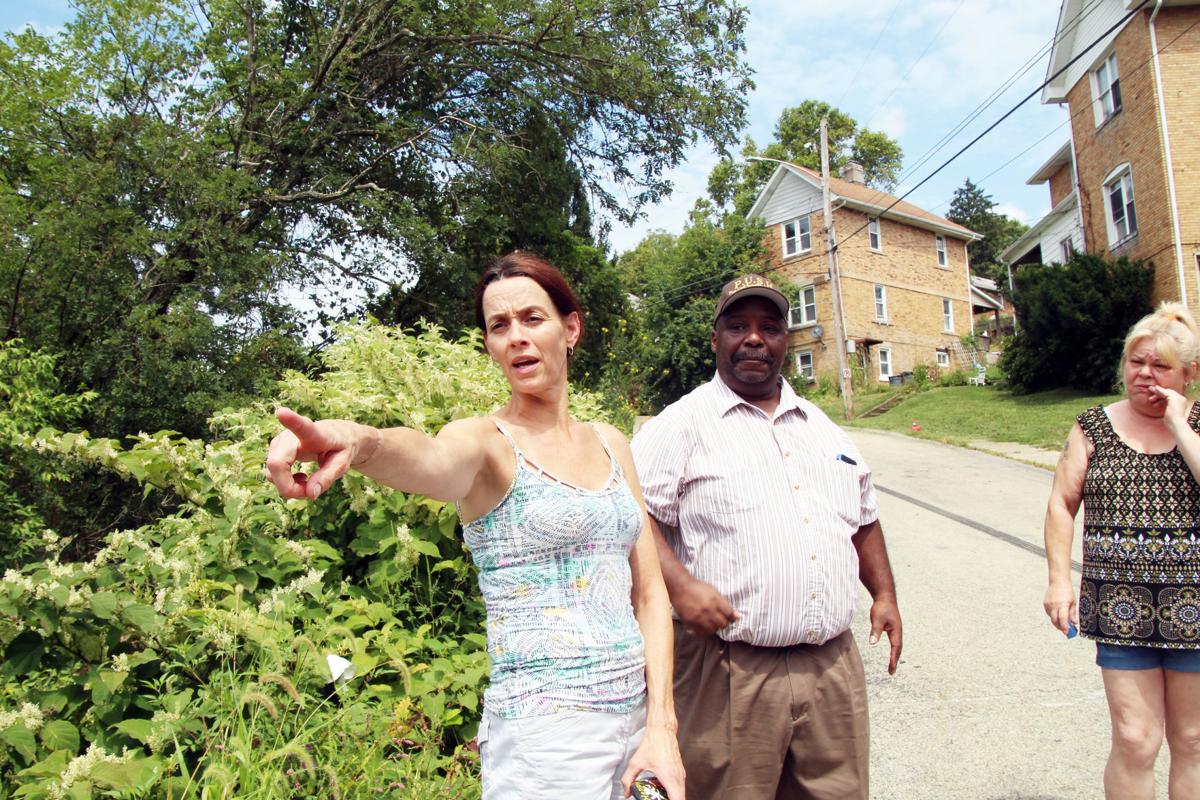 Lois Bower-Bjornson is a longtime environmental activist and dance instructor who has added tour guide to her résumé. She and her husband, David, are raising four children in a distinctive 1830s home along Route 40 in North Bethlehem Township.

Like the vast majority of parents, they are concerned about their offspring, three sons and a daughter. The couple’s anxiety has ramped up over the past four years, when the kids have been afflicted by a variety of ailments: rashes, nosebleeds and swelling of limbs.

Those suspicions, and a desire to heighten public awareness of potential perils, are why she launched Frackland Tours a year ago. The tours are open to the public and consist of tours near, but not on, properties that have well sites, compressor stations and other natural gas activities.

Bower-Bjornson generally organizes two to four tours per month. Guests usually gather at her residence in the morning, attend a presentation featuring speakers, then climb into her van for a ride to the locations. Some are on private property, with the permission of owners who collect royalties from gas companies for allowing them to operate there.

She has led tours to the vicinity of the petrochemical cracker plant being built in Beaver County, but conducts most of them in Washington County. Washington and the contiguous counties of Greene, Fayette and Westmoreland comprise a region that is the most heavily drilled in Pennsylvania.

This is where, according to published reports, dozens of children or young adults have been diagnosed with Ewing sarcoma and other cancers. Since 2008, more than 3,500 wells have been drilled in these four counties.

A higher-than-average incidence of pediatric cancer cases has been publicized in Canon-McMillan School District, and diagnosed cases have been recorded in other areas of Southwestern Pennsylvania. But the state Department of Health determined in April that the incidences in Canon-McMillan did not amount to a cluster. And public health officials agree they cannot blame the cancers specifically on fracking or a particular environmental cause.

One of Bower-Bjornson’s recent tours attracted a generous audience, including two reporters – one from the Wall Street Journal – and a crew from the University of California Berkeley Graduate School of Journalism, which was filming a documentary Bower-Bjornson hopes to take to a film festival and to use as an educational tool. State Sen. Katie Muth, a Democrat from the 44th District (Southeastern Pennsylvania), also attended.

The pre-tour presentation featured four speakers: pediatrician Ned Ketyer, a member of Physicians for Social Responsibility; Leann Leiter, a field advocate for Earthworks who resides in Canonsburg; Bower-Bjornson; and Janice Blanock, whose son, Luke, died in 2016 following a three-year fight with Ewing sarcoma.

The group praised Gov. Tom Wolf for his commitment to spend $3 million on two studies that will explore possible health impacts from the natural gas industry.

Ketyer is not enamored of the Beaver County cracker facility, where plastics will be the primary end product when the huge complex opens within a couple of years. Employing a slide presentation, he said: “In Southwestern Pennsylvania, we are fracking for plastics (ethane), not energy (methane).” Plastics, he lamented, is something “we don’t need more of.”

He later referred to cracker plants along the Mississippi River in Louisiana, in an area known as “Cancer Alley,” and said health is now a concern in Beaver County.

Holding up a $100,000 camera, Leiter discussed optical gas imaging. She explained that her infrared FLIR camera “has a specialized lens that enables us to see gas” emissions from plants that are not visible to the unaided eye.

Breaking up several times, Janice Blanock spoke of her beloved Luke, who attracted national attention when he married his Canon-Mac sweetheart months before his passing at 19.

Janice read a letter from her daughter, which said in part: “(Luke) simply never let dying get in the way of living,” and she learned from her brother that “it’s not how long you live but how you live. ... I learned from him how to appreciate life because it can be so short.”

The mother said Luke left a letter to his parents on his Ipad, saying he was “concerned that he didn’t do enough with his life,” while the varsity athlete actually did so much.

“No parent should ever watch a child suffer and die,” Janice Blanock said. “I don’t know what caused Luke’s cancer, but there’s so much to be concerned about.”