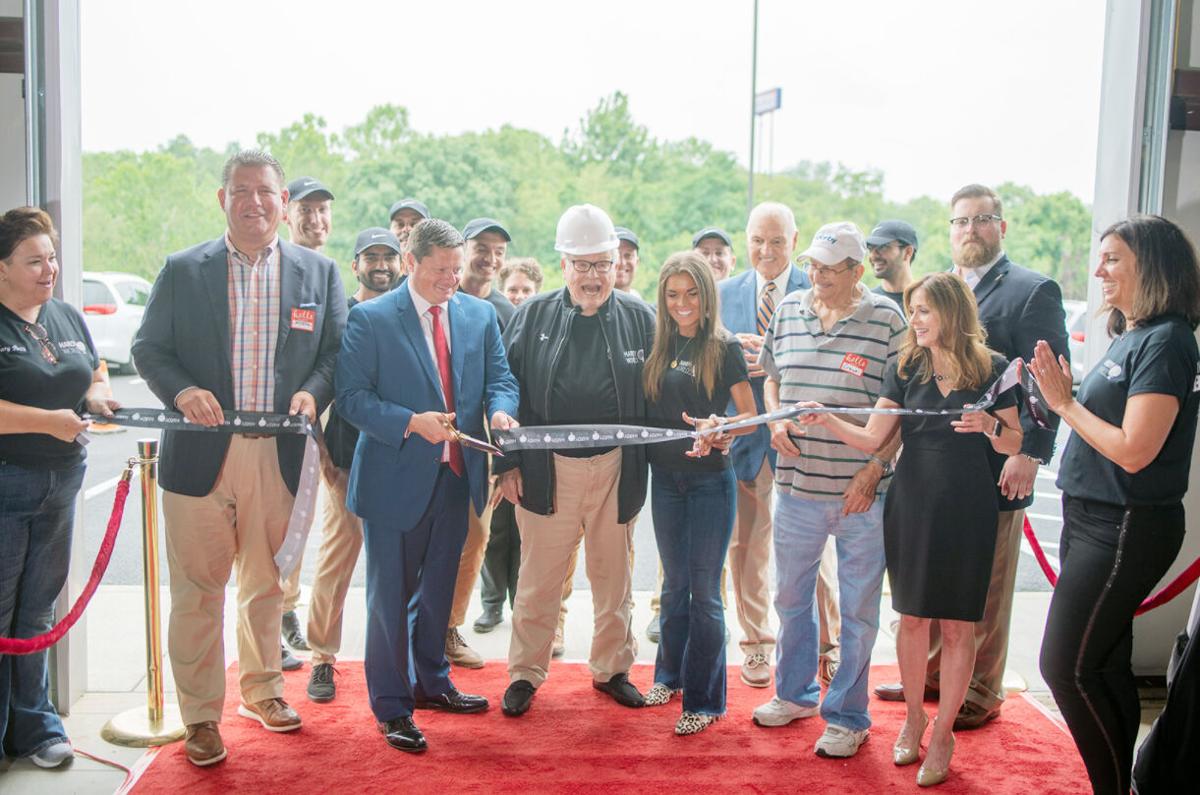 Hardy World founder Joe Hardy, appropriately, is the central figure at the ceremonial ribbon-cutting of the HW70 project. 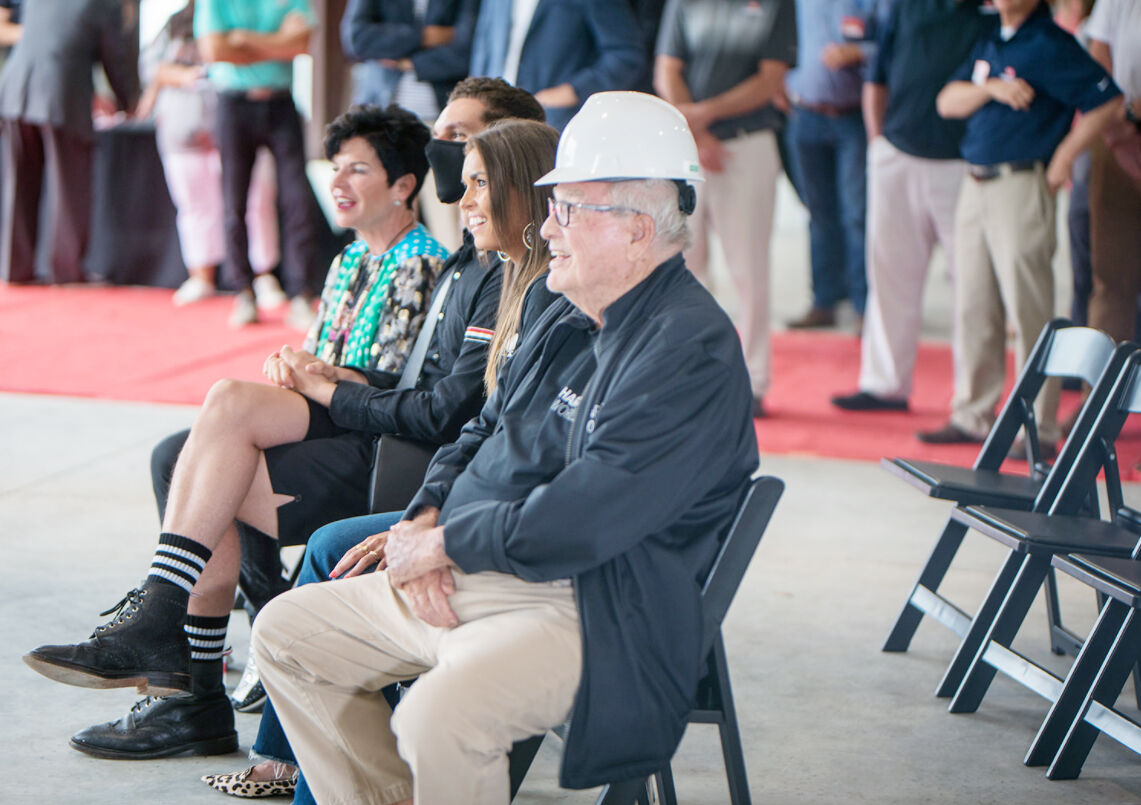 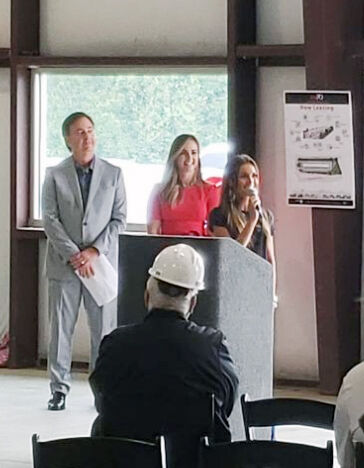 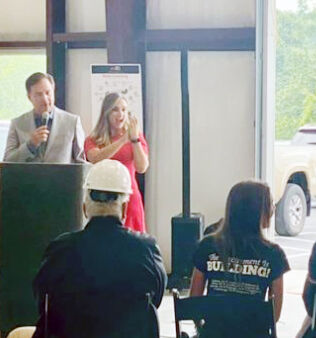 KDKA sports anchor Bob Pompeani and his daughter, Celina, were emcees during the HW70 ribbon-cutting event. 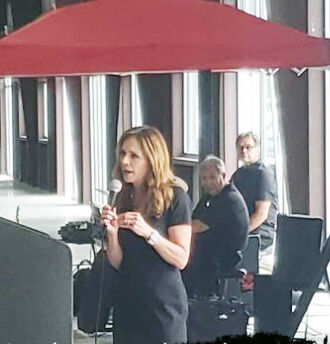 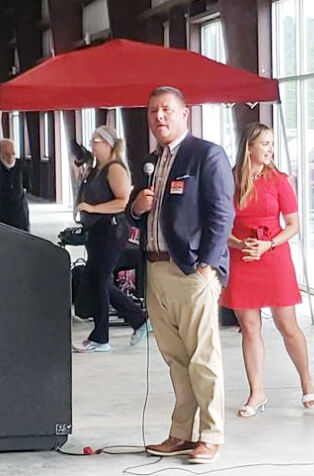 Jeff Kotula, president of Washington County Chamber of Commerce, takes the mic in front of Celina Pompeani during the HW70 unveiling.

Hardy World founder Joe Hardy, appropriately, is the central figure at the ceremonial ribbon-cutting of the HW70 project.

KDKA sports anchor Bob Pompeani and his daughter, Celina, were emcees during the HW70 ribbon-cutting event.

Jeff Kotula, president of Washington County Chamber of Commerce, takes the mic in front of Celina Pompeani during the HW70 unveiling.

The ribbon has been cut, and HW70 is poised to move into the fast lane.

Hardy World LLC, a real estate development company founded by local legend Joe Hardy, conducted a ceremonial launch of the mixed-use project July 29. Construction is almost complete on a flex building that will feature 28,160 square feet of operational space that can be subdivided into 16 storefronts or bays. Some interior work still has to be done.

Those spaces, which can include large drive-in doors, can accommodate various sizes of users – hence the term “flex,” for flexible. There is ample parking.

The project’s name is appropriate, for HW70 sits along Interstate 70 in Somerset Township, on a tract that is familiar to local residents and I-70 commuters. This is where the Carlton Hotel and Diner stood for decades, off exit 31.

The site certainly has visibility, as an estimated 30,000 vehicles pass through daily.

There are no tenants yet, although spokesperson Mary Beth Frank said the project is drawing interest. Speaking from the corporate offices in nearby Bentleyville, she mentioned a salon, a restaurant and a grocery store as would-be suitors.

HW70 is among a variety of projects that Hardy World is undertaking nationally. Joe Hardy, a 98-year-old entrepreneur and real estate developer, is a familiar name throughout Southwestern Pennsylvania. He also is the founder and chief executive officer of 84 Lumber Co., in North Strabane Township, and Nemacolin Woodlands Resort, in Fayette County.

The Washington County project is in the vicinity of 84 Lumber, the global building materials supply company that he launched in 1956.

His estimated worth, according to idolnetworth.com, is $1.2 billion.

Hardy World, a private equity firm, announced plans for the Somerset site in mid-March. Speaking from his Nemacolin offices back then, Joe Hardy said: “I’m excited about it. I think it will do very, very well.”

He also said at the time Hardy World had been working on this project “for about three years.” The firm owns the land where the hotel was razed in 2019, and where the diner shuttered at the end of that year before relocating three miles to the east, to Bentleyville.

Grading work at the former Carlton site began on March 3.

The project could be a source for dozens of jobs and drive additional business to retailers and the food service industry in Bentleyville’s revived business district. HW70 also has the potential to enhance a corridor where Alta Vista Business Park, in adjacent Fallowfield Township, has had an uptick in corporate leases in recent years.