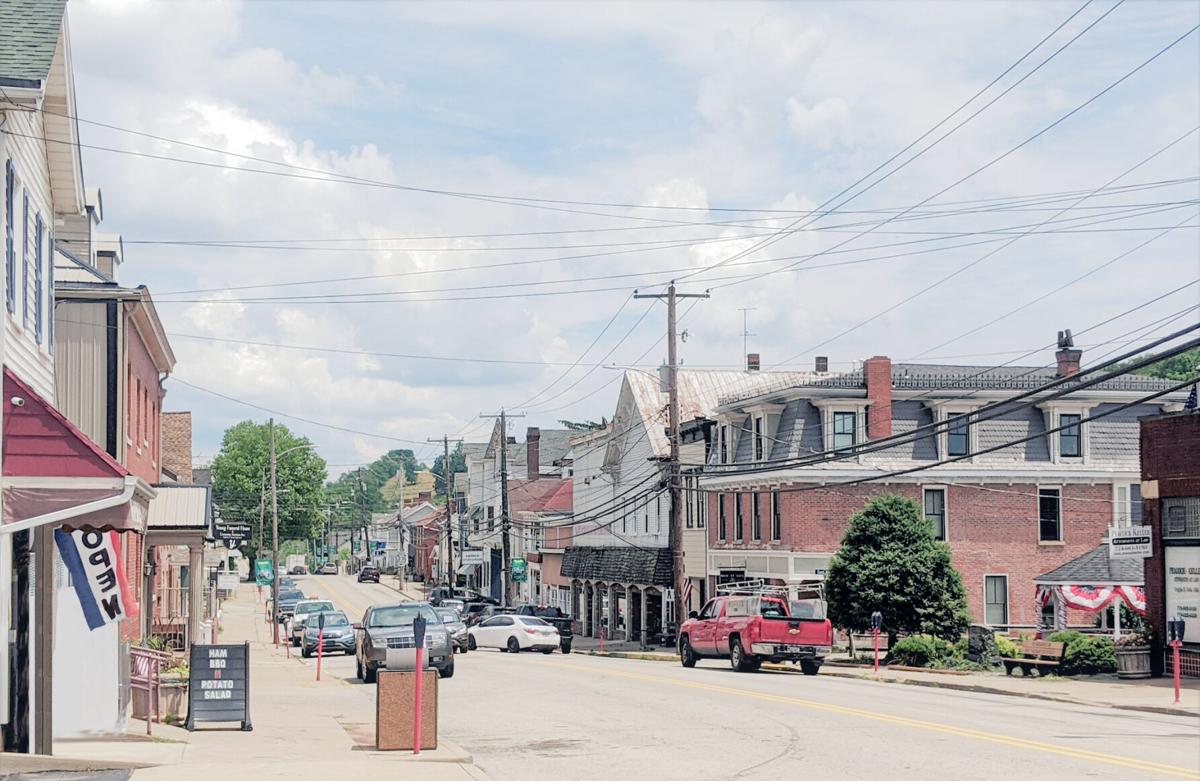 Reviving the Route 40 business district in Claysville is a target of the revitalization plan. 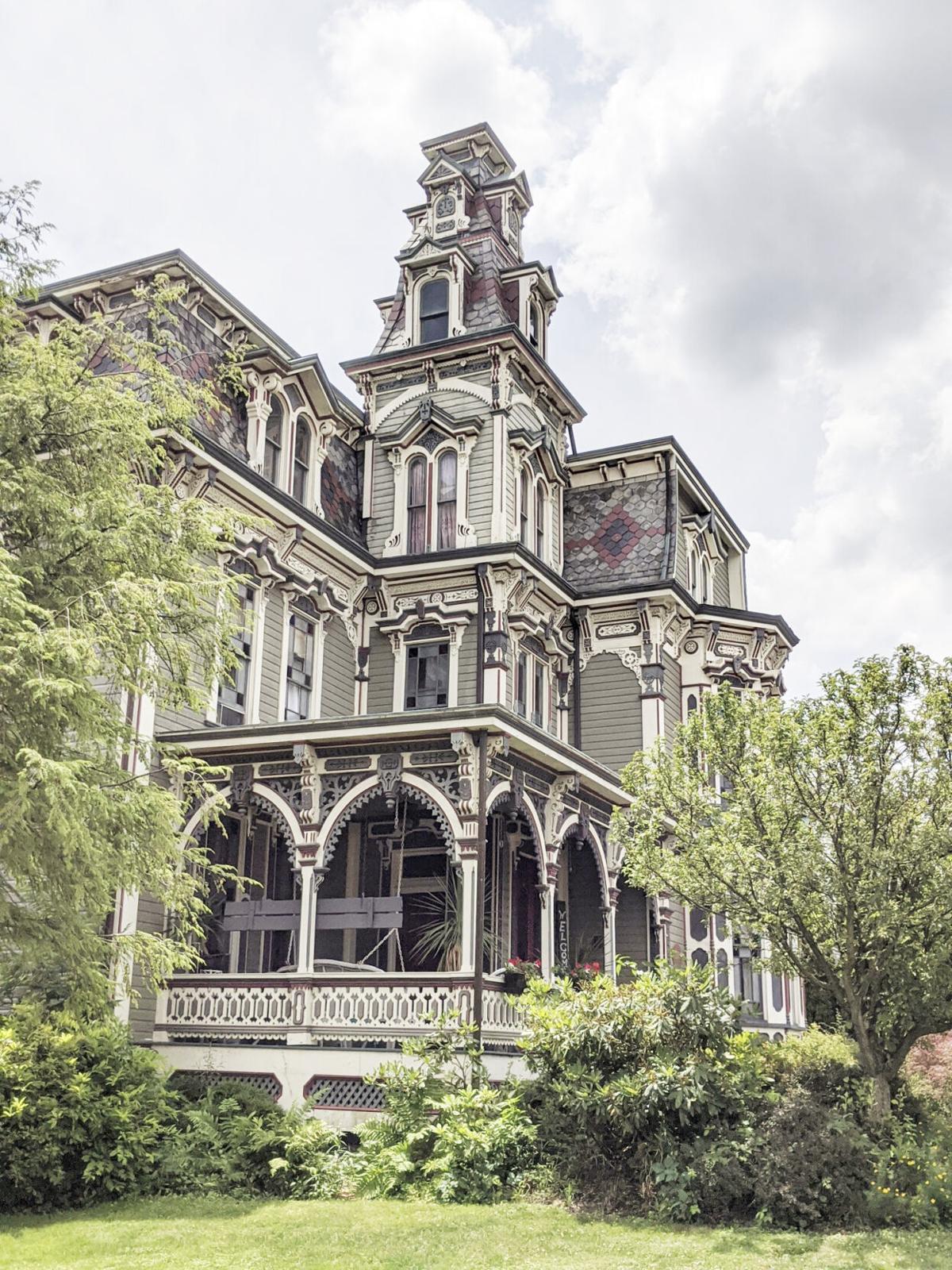 The historic Montgomery Mansion is part of Claysville’s rich history. 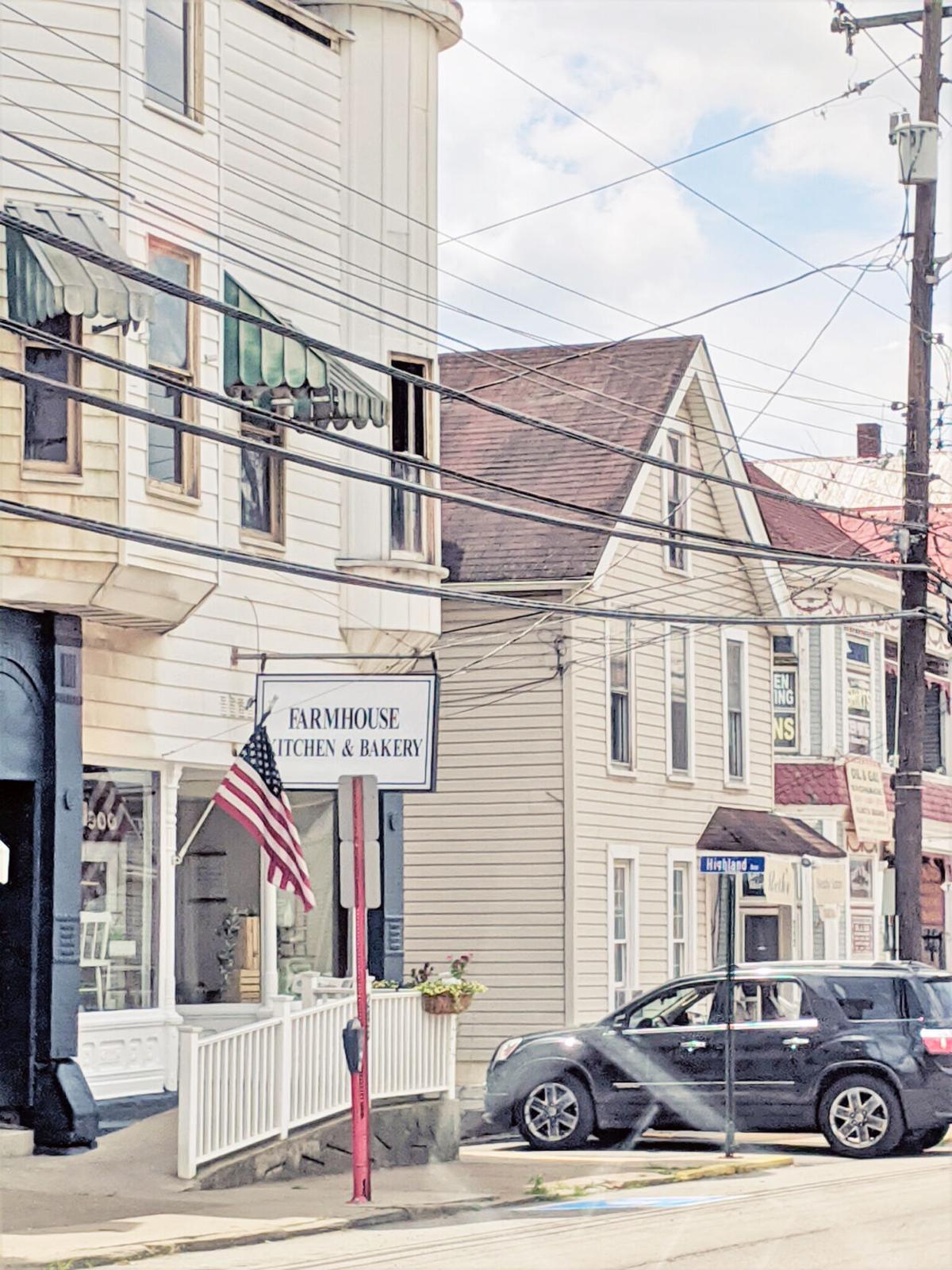 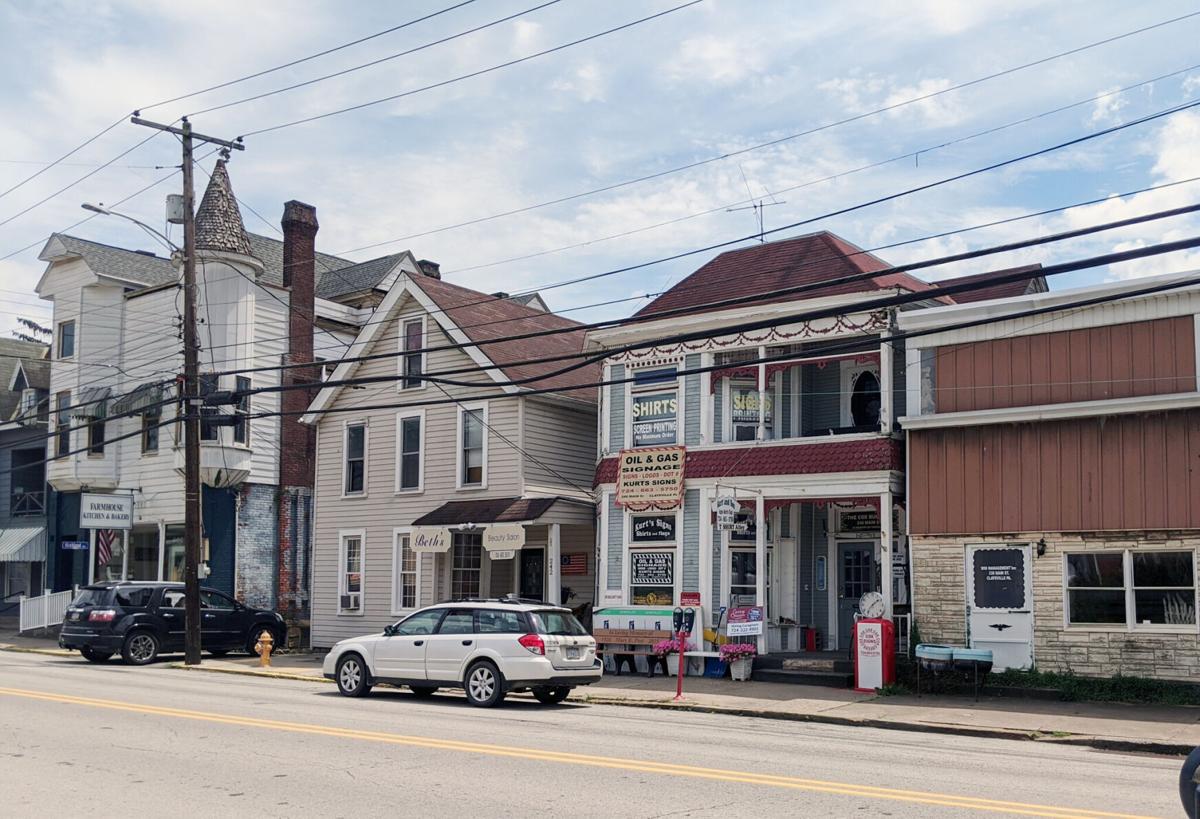 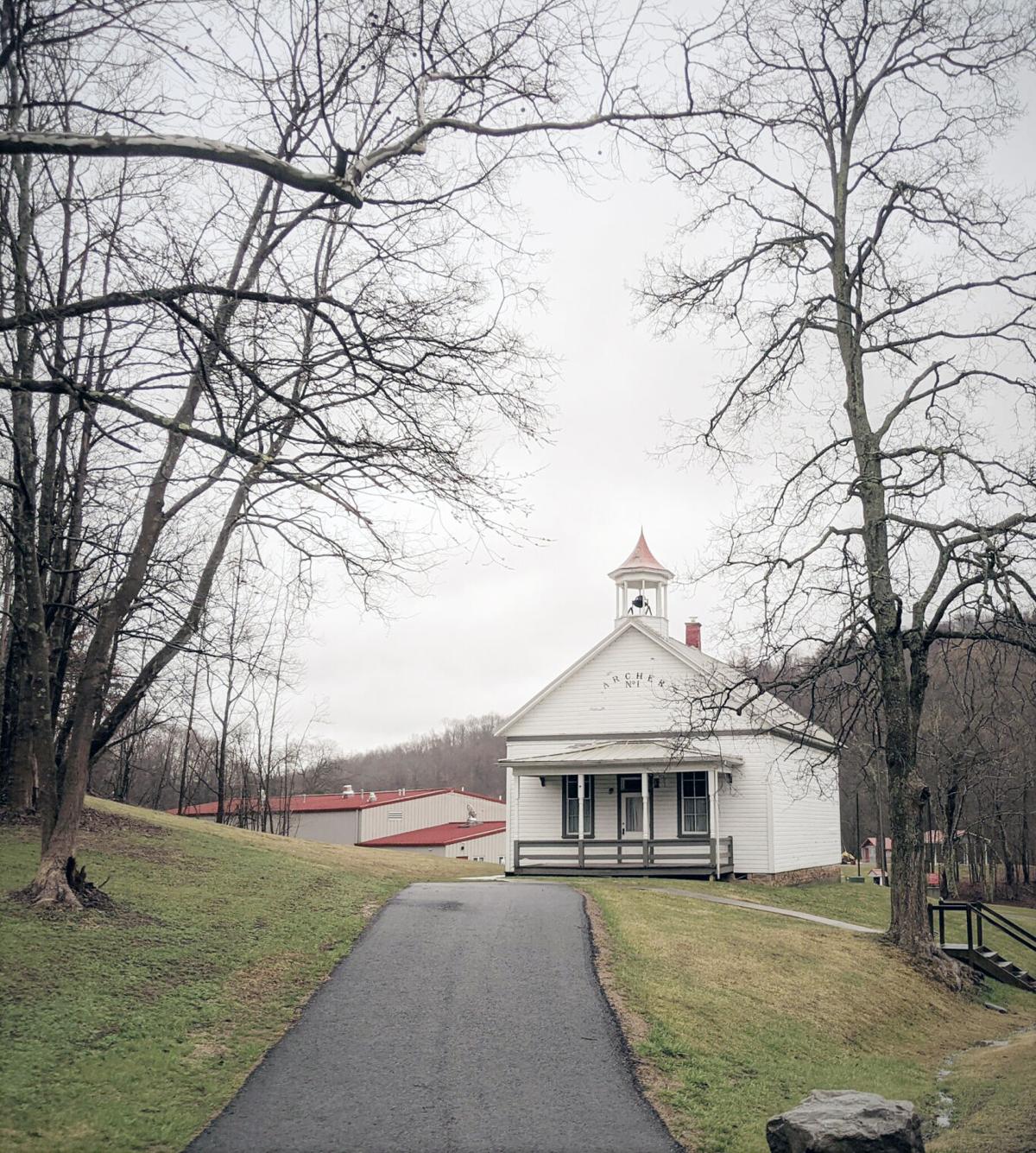 Archer No.1 Schoolhouse in Morris Township Park is a historic structure within the McGuffey School District. 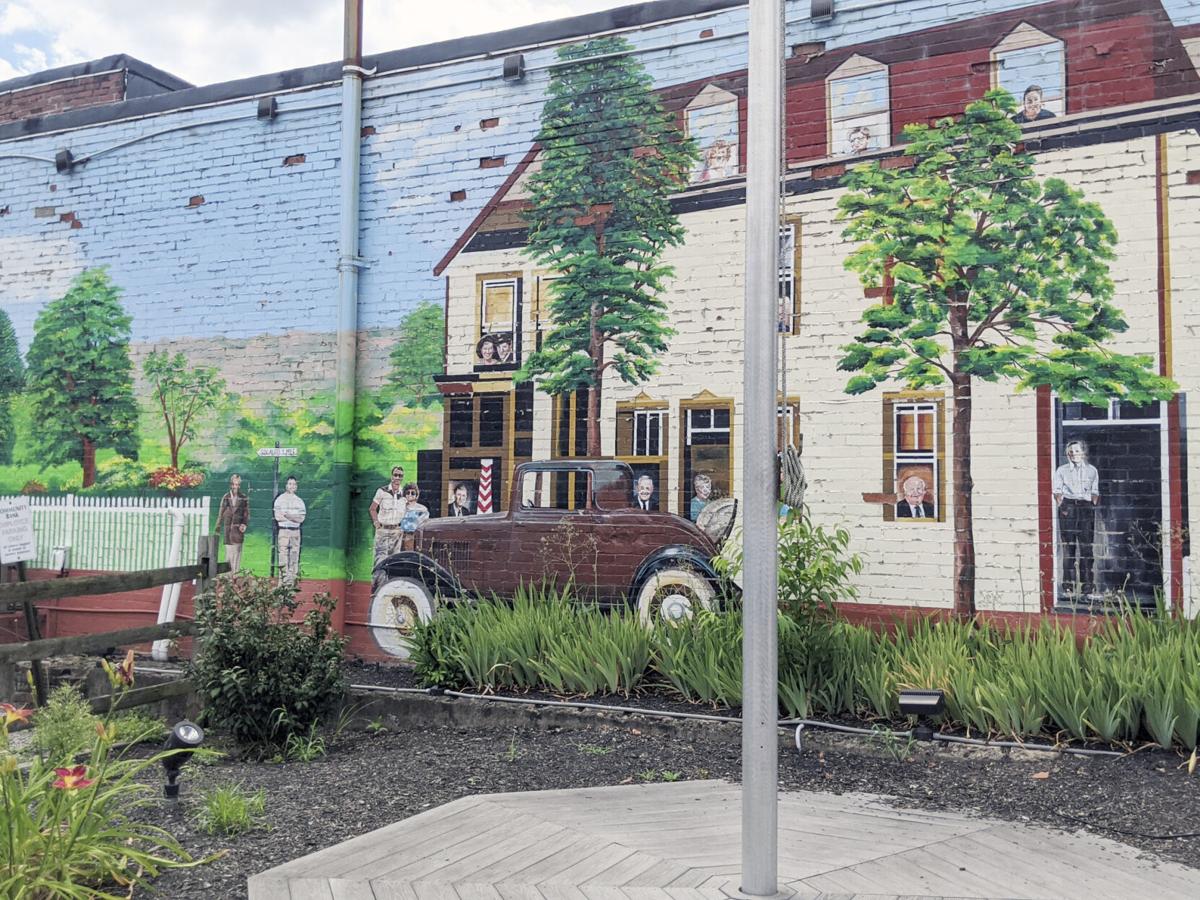 A mural in downtown Claysville adds to the borough’s colorful history. 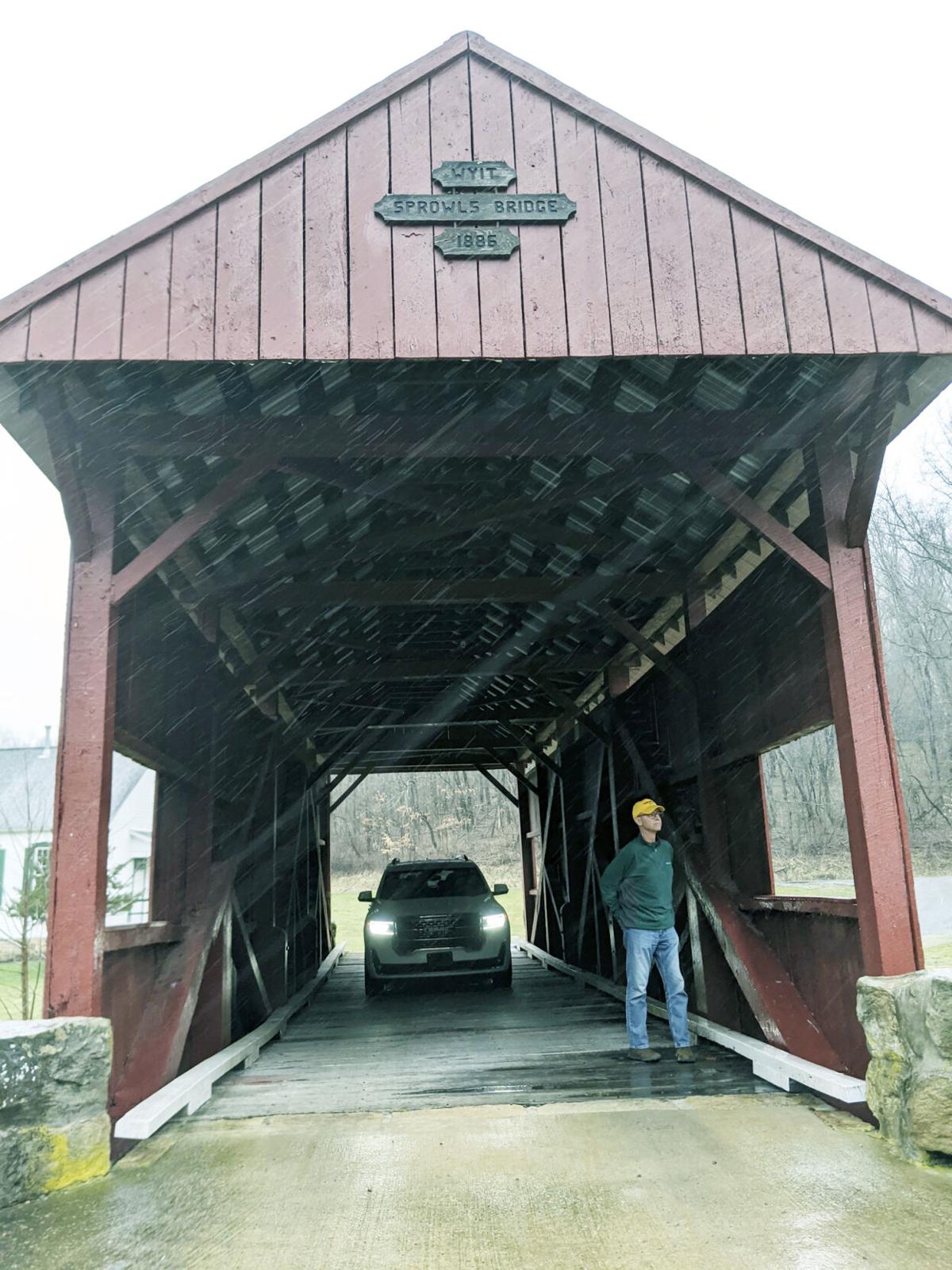 Covered bridges are among the historic attractions in the Claysville area. 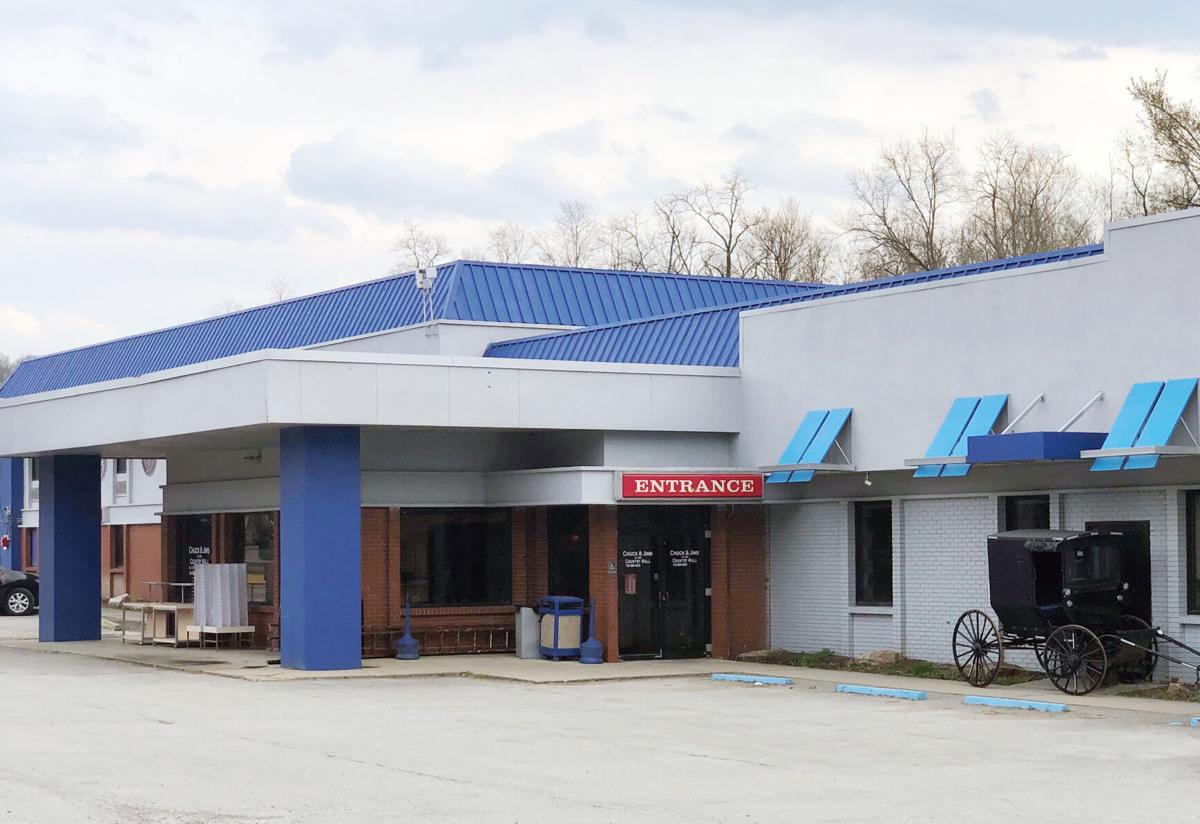 Chuck & Jim’s Country Mall opened on Donegal Avenue about a month ago. 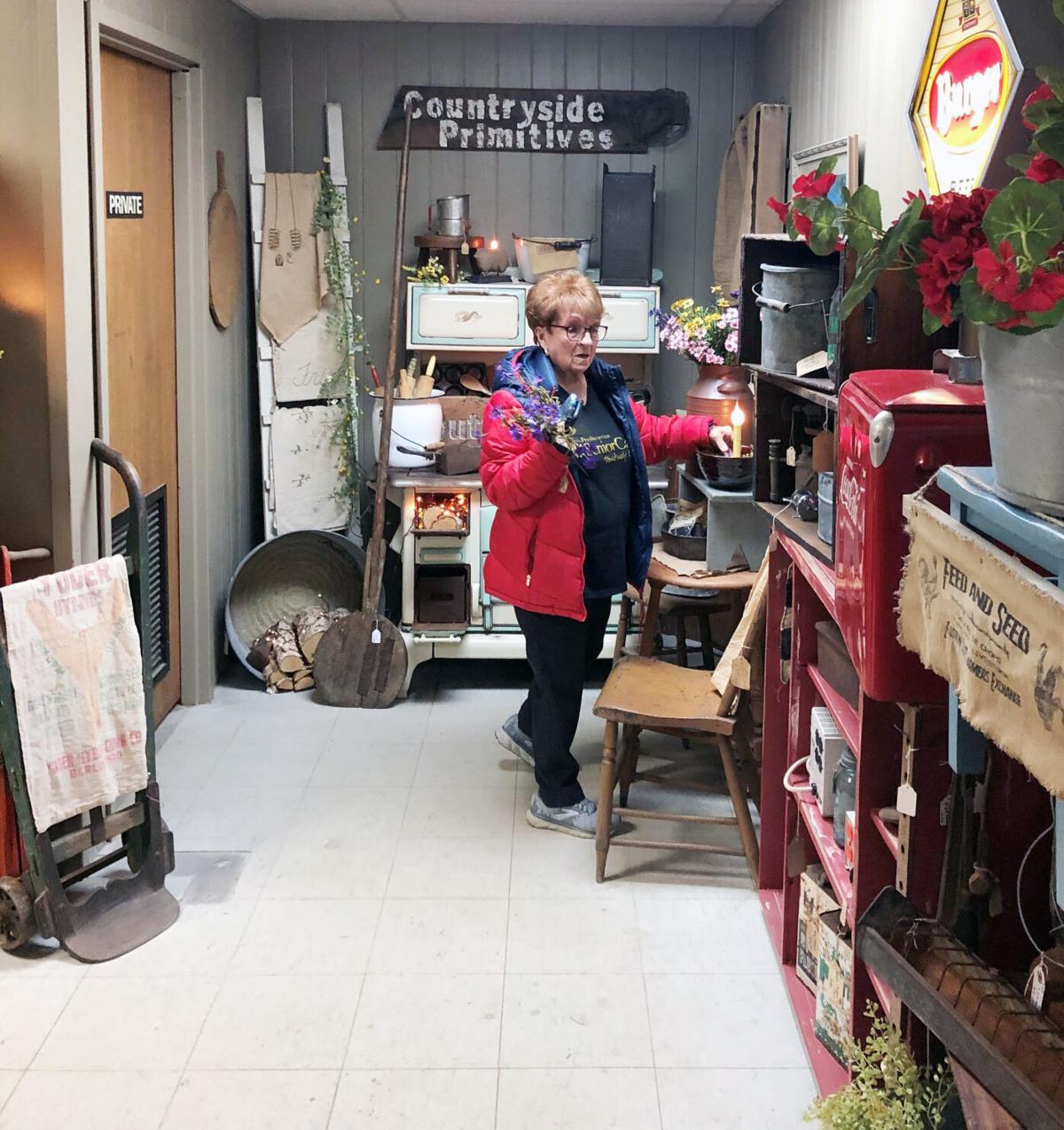 A customer checks out the merchandise at Chuck & Jim’s Country Mall in Claysville. 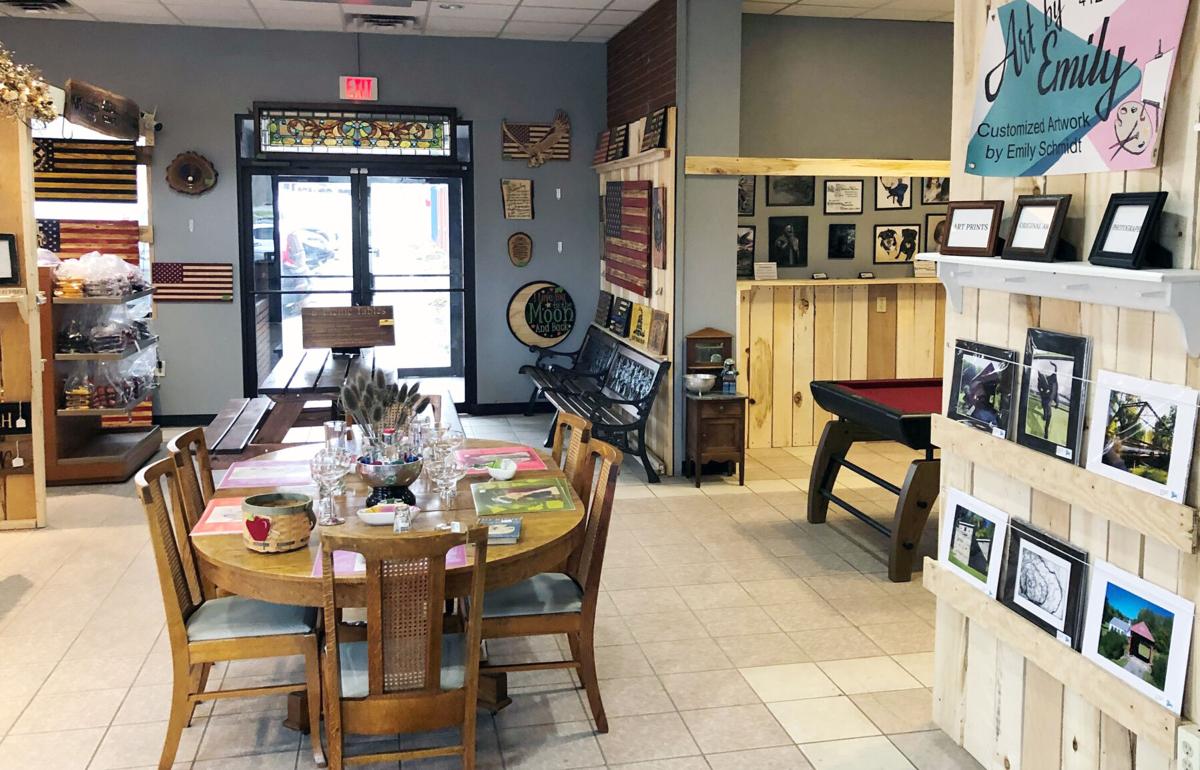 Reviving the Route 40 business district in Claysville is a target of the revitalization plan.

The historic Montgomery Mansion is part of Claysville’s rich history.

Archer No.1 Schoolhouse in Morris Township Park is a historic structure within the McGuffey School District.

A mural in downtown Claysville adds to the borough’s colorful history.

Covered bridges are among the historic attractions in the Claysville area.

Chuck & Jim’s Country Mall opened on Donegal Avenue about a month ago.

A customer checks out the merchandise at Chuck & Jim’s Country Mall in Claysville.

Claysville has a distinguished history dating to 1812. The borough was established along a rural stretch of the National Pike, the first federally funded highway in the United States, which in the town’s earlier days proved to be a welcome stopover for travelers between Washington and Wheeling.

Over time, the town blossomed into an oasis of shops, stores, homes and historic locales, including the Montgomery Mansion and nearby covered bridges. Claysville was easily accessible to these attributes – via Route 40 and, later, Interstate 70. “This was a destination place,” said Rick Newton, an East Finley Township resident and founder/owner of the Newton Family of Companies.

But like anything 209 years old, the borough’s infrastructure is showing wear, especially in the business district. While still appealing, the middle of town is not as vibrant as it was a decade ago.

A group of community leaders, however, is spearheading a charge for change. They and a support team have gathered to formulate, fund and execute an economic development and revitalization plan for not only Claysville, but the largely undeveloped 70/40 corridor between Washington and the West Virginia panhandle.

It is a corridor, Newton points out, that 1.2 million motorists, on average, use per month.

“What we endeavor to do is tied to the past,” said Newton, a linchpin in this enterprise and vice president of the Claysville Area Business Association. “We’re a rural community where education is important and where we’re known for our hospitality. We want to honor things that made this a destination place in the past.”

The project was launched in May 2019, which led to the formation of a steering committee made up of members of the business association; local government officials; McGuffey School District representatives; churches; and members of the Claysville Area Preservation & Revitalization Initiative.

Claysville and Donegal Township are the current focal points, although Newton said that eventually, “we envision all of the townships (that feed into McGuffey) being part of this.”

To make this a viable endeavor, though, the organization needed to cobble together a plan and secure a revitalization partner. Members reached out to Nathan Voytek of the Washington County Redevelopment Authority, who – as he put it – became “kind of a project coordinator to help them follow a process to procure a consultant.”

Voytek praised the Claysville group, saying, “They have volunteers who are not only willing to devote the time, but are capable and knowledgeable in business. Not every community has people who are willing to step up.”

He recommended a pool of potential partners, including Herbert, Rowland & Grubic Inc. Following a rigorous process, the group selected the Cranberry-based firm. HRG has a background in revitalization and, in joining forces with Claysville, cited three Pennsylvania towns as prototypes for successful revitalization: Zelienople, Kane and Middletown. Zelienople was the only one within reasonable driving distance.

“(Pepe) said we were way ahead of the curve,” Dutton said of Zelienople, which encountered a few major challenges before making its transformation. “By incorporating the lessons (Zelienople) learned, we hope to avoid those same pitfalls.”

Newton said the Claysville group has raised $75,000 of the $105,000 it will pay HRG over the next 12 months for its assistance. The funding includes $15,000 from the Washington County Local Share Account, $15,000 from the county Tourism Promotion Agency and, recently, $10,000 from First Federal Savings & Loan Assoc. of Greene County.

First Federal is lending a formidable hand to the project, making a three-year, $30,000 commitment. Charles Trump, the CEO, said: “These are people you know, people you can trust. It’s a marriage of Claysville and a 97-year-old institution like us. A bank has responsibility for its communities.”

Organizers are looking for donations, and for substantial community input on this endeavor in coming months. “How that plays out will determine where we go,” Newton said.

Claysville has lost some businesses in recent years, and the viral pandemic hasn’t helped. A spiffy new retail outlet, however, is buoying local hopes. Chuck & Jim’s Country Mall opened on Donegal Avenue about a month ago, which Newton said “is a microcosm of what we want to do across the region.”

Laura Ludwig, a project manager for HRG, said she is “excited for all this project has to offer.” So is Dutton, who appreciates where it is heading, but cautions against complacency.

“This plan took place under the pandemic, but we did not let that stop us. We felt if we get through this, we will be ahead of the curve.

“We also know that once we we would come out of this, we would want to have our foot on the accelerator.”

The foot is inches away.