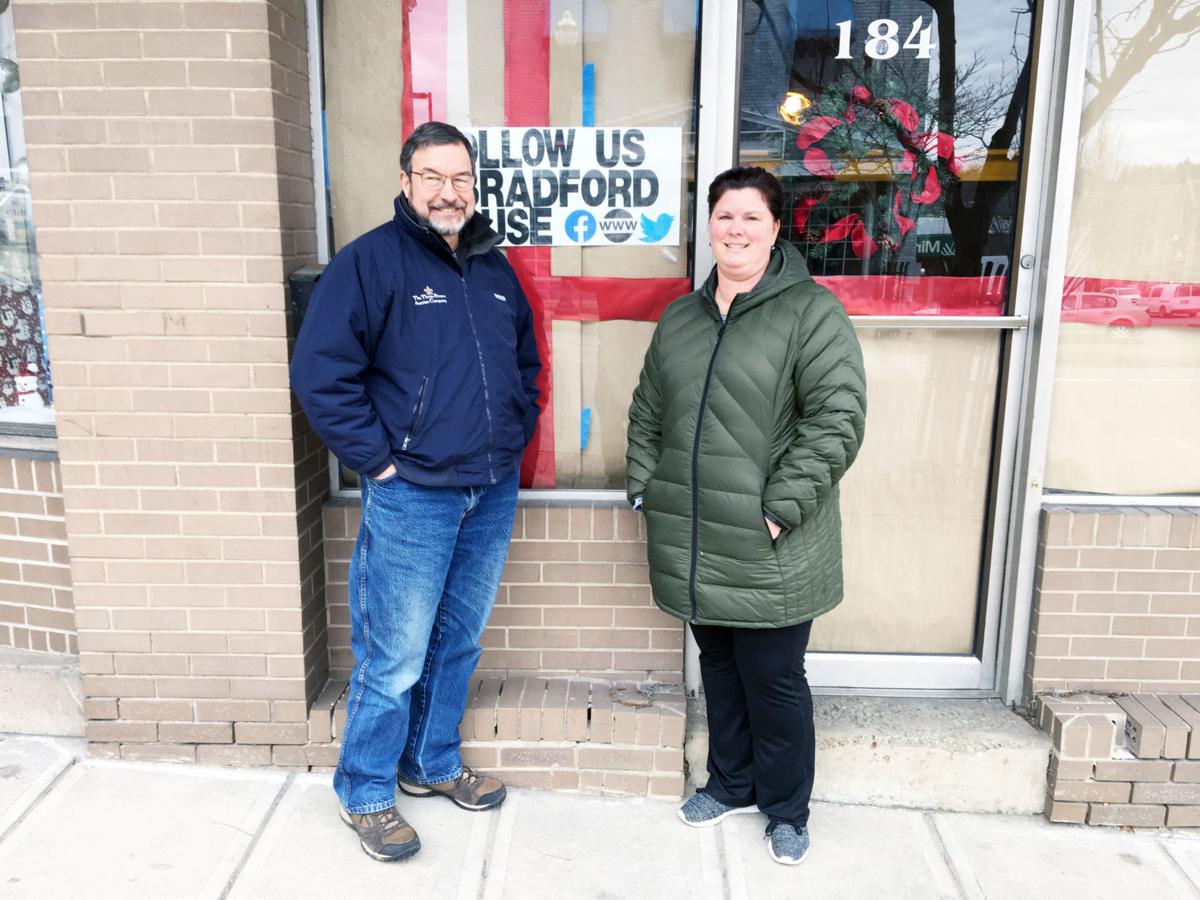 Tripp Kline and Tracie Liberatore, executive director of the Bradford House, are bullish on expansion as they stand in front of 184 South Main Street in Washington. 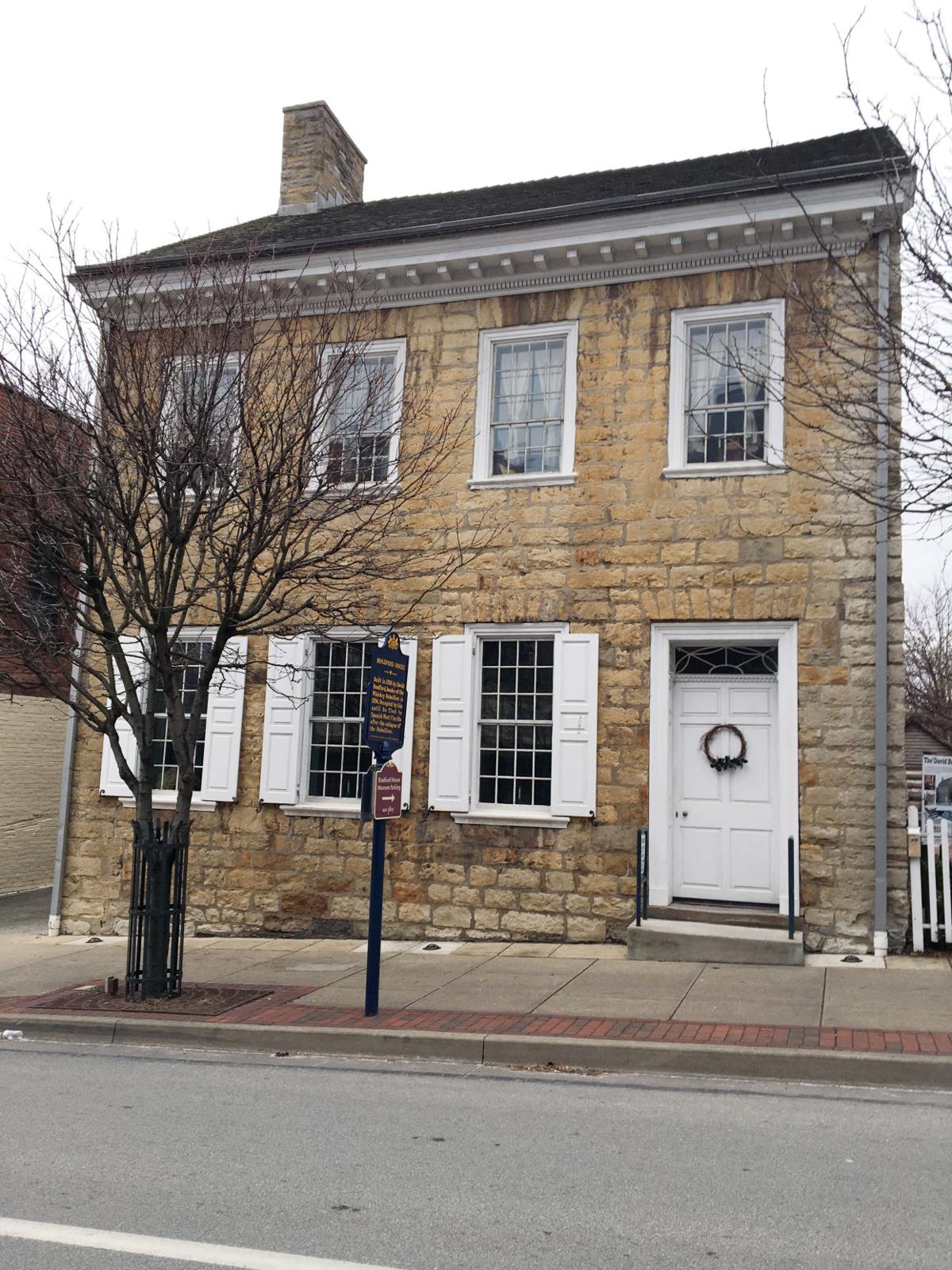 The Bradford House in Washington 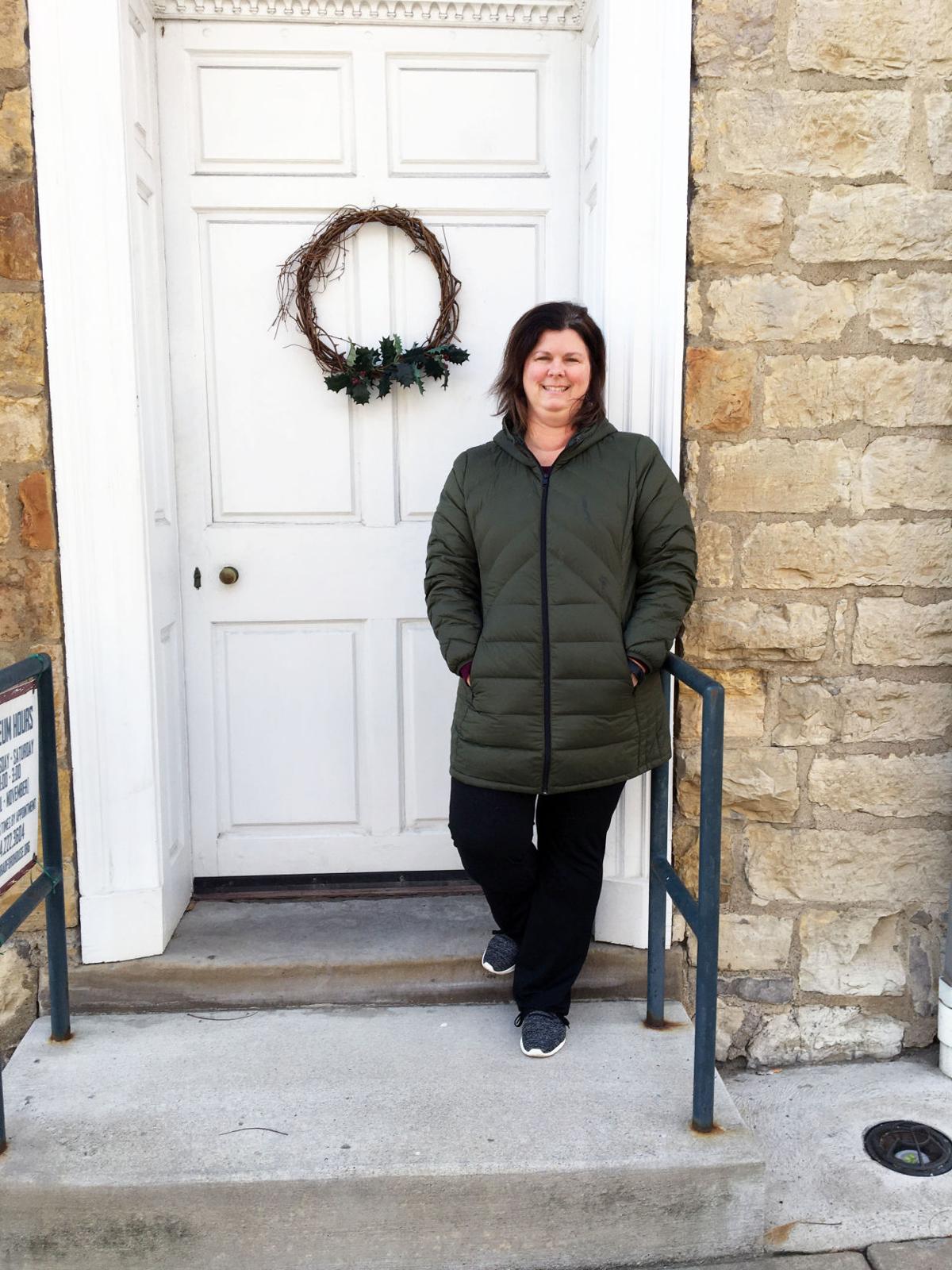 Tripp Kline and Tracie Liberatore, executive director of the Bradford House, are bullish on expansion as they stand in front of 184 South Main Street in Washington.

The Bradford House in Washington

Editor's note: This story has been updated to clarify the work Washington High School students are performing on the expansion and when the work is expected to be completed.

It was, literally, a million-dollar question, one Tracie Liberatore had heard before.

“If given $1 million, what would we do?” mused the executive director of Bradford House Historical Assoc., overseer of the historic David Bradford House in downtown Washington.

She and the nonprofit’s board had a simple response: “Expand.”

Funding of that enormity isn’t always available, but what she said was “a large grant” from the Allegheny Foundation is allowing that expansion to occur. There, of course, is no room to grow in the Bradford House, so the association went for a convenient, unoccupied location nearby – across the street.

That grant – less than $1 million – is enabling the group to renovate the first floor of a building at 184 S. Main St. into what it calls “The Whiskey Rebellion Education and Visitors Center.” Not only will this give the organization another space to operate, it will provide a place where staff and docents can better explain the significance of the late 18th century rebellion to students, scouts and other visitors.

“Right now, we’re severely limited in our ability to tell visitors what the Whiskey Rebellion is about,” said Tripp Kline, a former association member and an adviser to Liberatore, the organization’s only employee. The second venue, he added, “will enable us to teach the causes and effects of one of the greatest events in American History.”

Liberatore said the plan is to open the new facility the same day as the Bradford House – traditionally, the first Wednesday in April, which this year will be April Fools’ Day. And she wasn’t joking.

Drop-in hours at both buildings will be 10 a.m. to 4 p.m. Wednesday through Saturday. Otherwise, hours will be by appointment.

The center, potentially, could boost tourism and enhance the downtown business climate, where dining, retail and entertainment options have ramped up in recent years. The Dalfol family of Burgettstown owns the structure and is remodeling a space previously occupied by Center for Coalfield Justice, an environmental support group.

“We see this as an investment in downtown and a continued effort to brand Washington as the home of David Bradford and the Whiskey Rebellion,” said Kline, who surely has a keen interest. He is the founder of the annual Whiskey Rebellion Festival, which unfolds the second week of July in the city.

That event commemorates a rebellion that began in Western Pennsylvania in 1791, during the nation’s formative years. Farmers, who had bartered with whiskey without making money on it, protested when the federal government enacted a tax on that spirit. The conflict lasted for more than three years, until President George Washington sent a 13,000-member militia to this area, where, by that time, the rebellion already had been quelled.

Bradford, a Washington attorney, was a rebellion leader. He fled to Louisiana, and was eventually pardoned by President John Adams. Bradford built his namesake home in 1788, making it the oldest house standing in Washington. It is a National Historic Landmark and a privately owned museum, not affiliated with the Washington County Historical Society, although, as Kline explained, the association and society “work closely together.”

Expansion had been on the association’s radar for a while. Liberatore said a grant from Washington County Community Foundation three years ago enabled the group to develop a strategic plan, which is now being implemented.

Liberatore can’t help but be familiar with her work spaces in the historic house. They’re small. Her office is in the attic and the gift shop, where a fair share of books are purchased, is tiny as well.

In a few months, she will have more elbow room, when the office, tavern and Liberatore herself will relocate to 184 South Main. The association also will have enhanced storage space in the new building, a necessity for operators of the July festival, plus additional parking behind the building. The gift shop will remain in the Bradford House, but move from the second floor to the first. There are 11 parking spots at the rear of the facility.

The expansion, in a sense, will encompass a third building. A class of students at Washington High School has been working on sketches and installation pieces that will be a part of the Whiskey Rebellion-related mural, which will be painted by local artist Diane Adams on the vacant building next door, at 189 South Main. The students are working through the Rural Arts Collaborative, which is funded through a grant from the Benedum Foundation.

A group of boy scouts, as part of an Eagle project, cleaned and primed part of the wall facing the Bradford House, preparing that space for the mural. The artwork should be completed by June, and will be highly visible from the city’s primary artery.

Liberatore and Kline are pleased with where the project is headed and optimistic about the opportunities it could create.

“It will be a first-class operation when it opens,” he said.