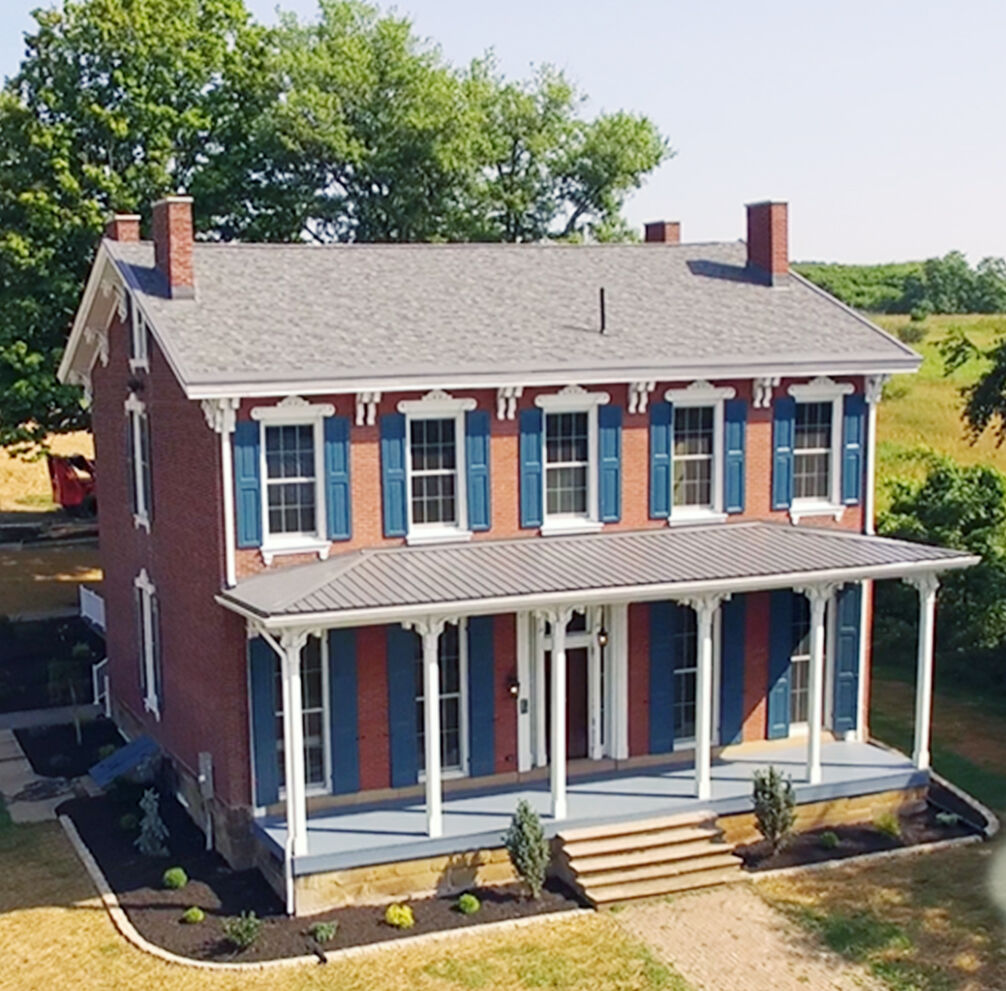 MacBracey Corp. purchased the dilapidated Clarke House in 2017 and renovated it into a fashionable home for the company. 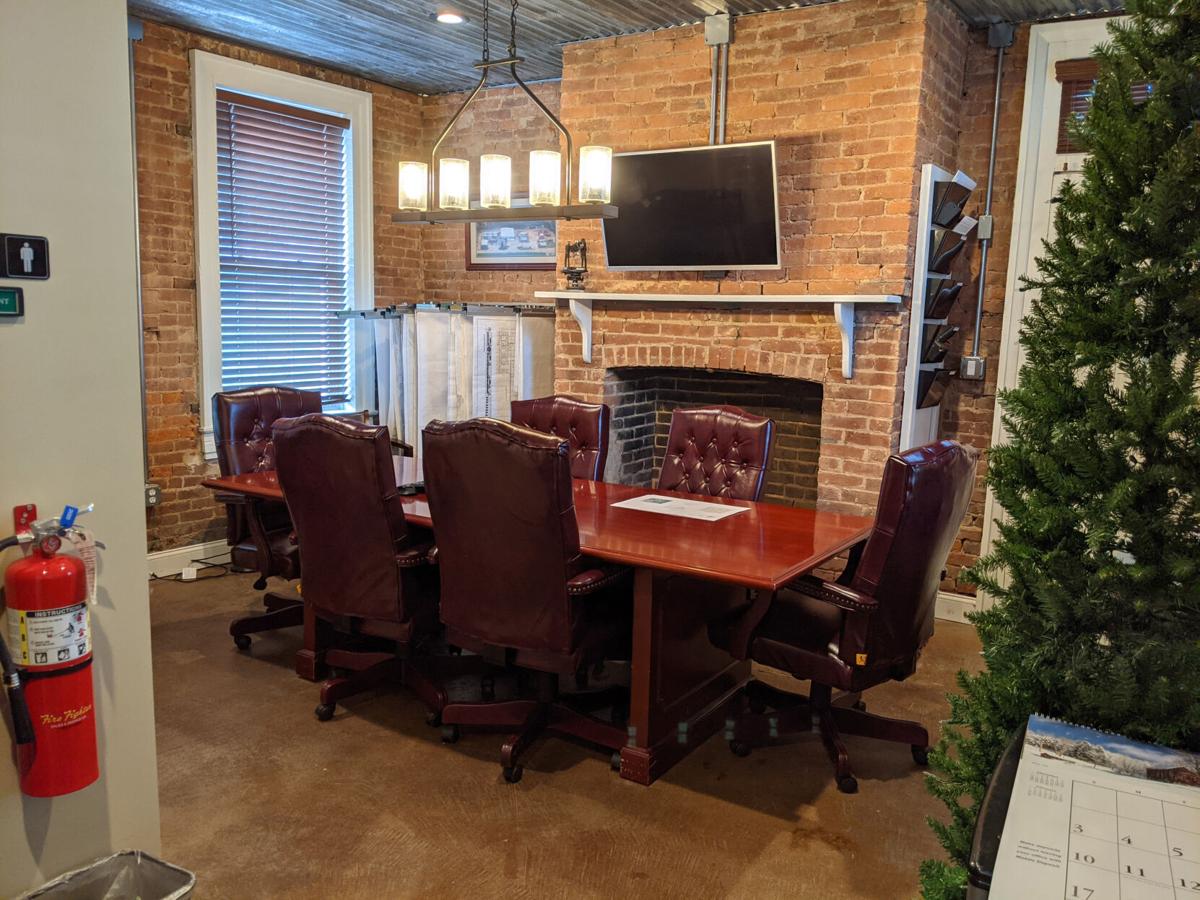 MacBracey Corp. operates out of the renovated Clarke House, built in 1857. 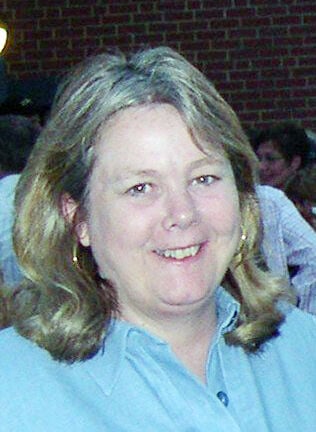 Sam Bracey is founder and president of MacBracey Corp. 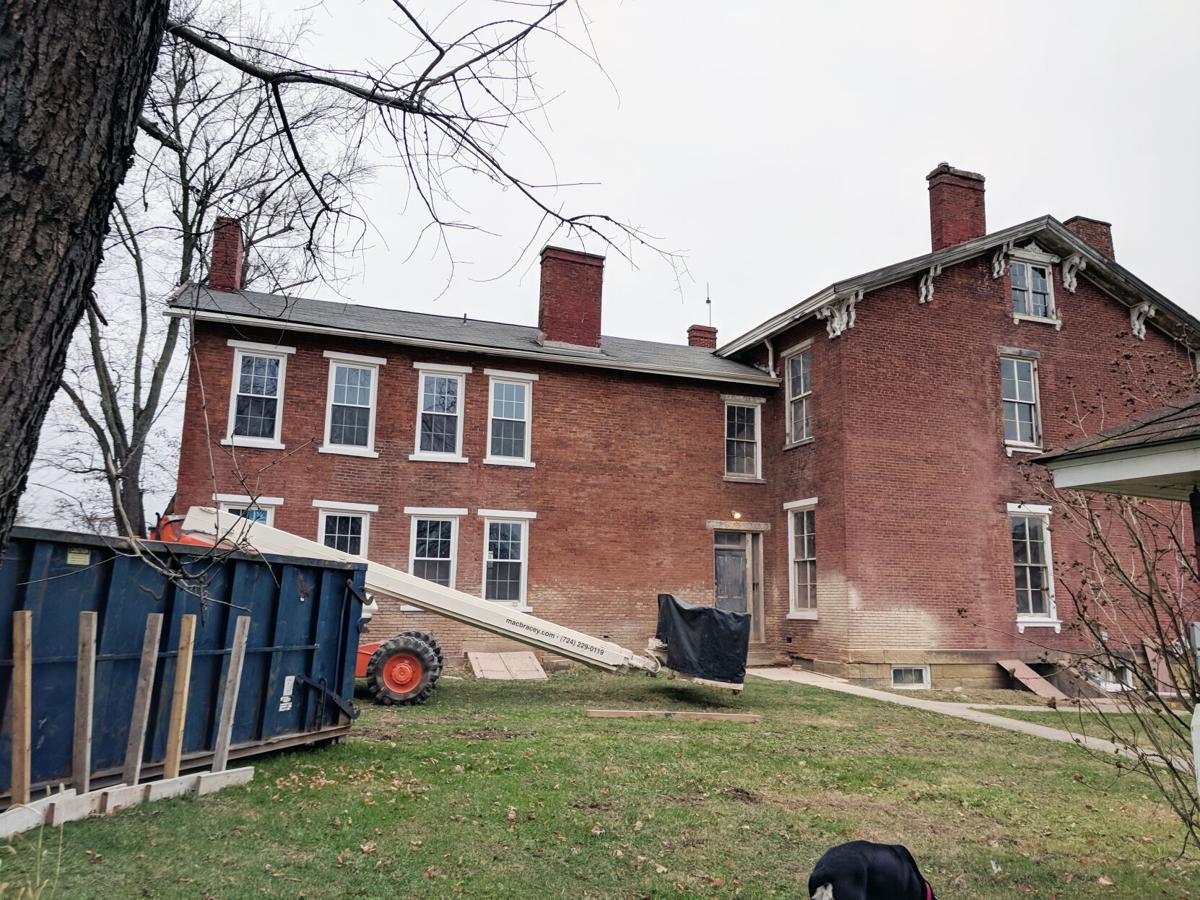 MacBracey Corp. operates from a renovated 1857 building that is next door to its original South Franklin Township home. 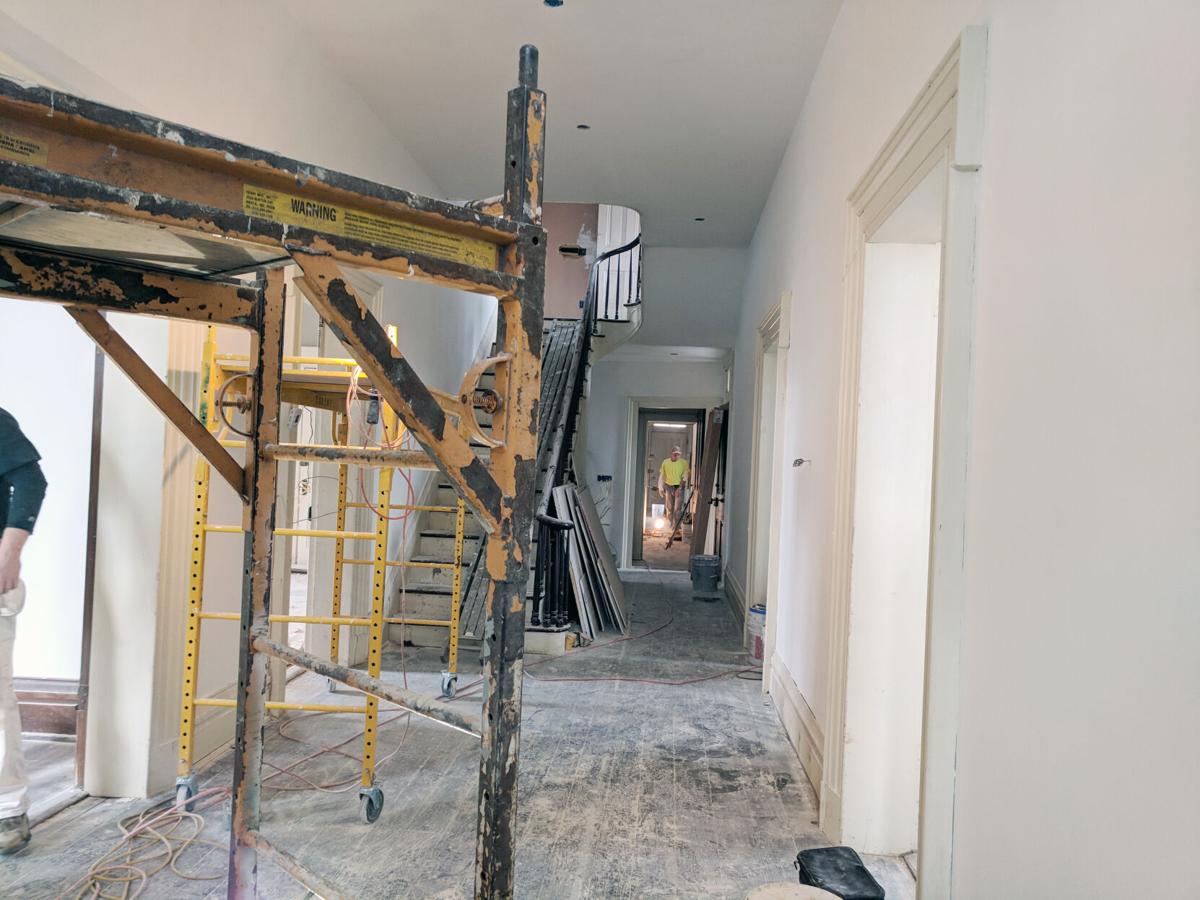 Intensive renovations to the dilapidated Clarke House resulted in a stylish home for MacBracey Corp.

MacBracey Corp. purchased the dilapidated Clarke House in 2017 and renovated it into a fashionable home for the company.

MacBracey Corp. operates out of the renovated Clarke House, built in 1857.

Sam Bracey is founder and president of MacBracey Corp.

MacBracey Corp. operates from a renovated 1857 building that is next door to its original South Franklin Township home.

Intensive renovations to the dilapidated Clarke House resulted in a stylish home for MacBracey Corp.

Sam Bracey was already accustomed to challenges, and adept at overcoming them. So how intrusive could a pandemic be?

“I grew up in this business and was not dissuaded from pursuing it. That helps,” she said.

Sam Bracey is the founder and president of McBracey Corp., a commercial contracting company along Park Avenue in South Franklin Township, near Washington County Airport.

She heads a small business in a predominantly male industry, and has steered it to impressive heights over two decades – and through the coronavirus for 10 months. It is a tri-state firm, serving clients in Southwestern Pennsylvania, Ohio and West Virginia.

The crisis has provided a share of hurdles, to be sure. MacBracey shut down for seven weeks during the spring, per Gov. Tom Wolf’s initial closure of businesses, and since reopening in early May, has had to deal with supply shortages and high prices of lumber and certain materials.

Yet the enterprise not only has survived, it has thrived.

“We had a fairly good year financially,” said Bracey, whose commercial construction company handles industrial and commercial projects, and some residential work. “We had a nice backlog of work prior to the March shutdown. Unfortunately, we had to close for awhile, but once we reopened, the backlog enabled us to weather the storm some.”

An infusion of Paycheck Protection Program loan money helped as well. Bracey declined to say how much money her company received.

The company employs about 15, including Bracey’s two sons: George, a supervisor, and Patrick, the vice president.

“As soon as they let me retire, I’m out of here,” their mother said, laughing.

Bracey, 66, is a wily contracting veteran, having worked in the industry “since the ‘70s.” She started as a project manager at her father’s contracting company, McAnallen Corp., located near the renovated farmhouse from which MacBracey now operates. George McAnallen, co-founder of the business, ran it for 40 years before closing in the early 1980s.

Sam then worked for several related firms before deciding to launch her own endeavor. MacBracey, a mix of her maiden and married surnames, opened for business Jan. 16, 2001 – exactly 20 years ago this Saturday. Time to decorate a cake with 20 candles.

The company, Bracey said, has a lengthy client list that includes the Redevelopment Authority of Washington County, authorities of surrounding counties and Washington & Jefferson College.

“We replaced all of the windows in the Washington County Courthouse in May, June and July,” Bracey said. “Courthouse employees weren’t there, so it was easy for us. At about the same time, we redid the facade at Bassettown Manor.”

For nearly 18 years, the founder grew and directed her business in the former McAnallen building before relocating virtually next door. In June 2017, the company purchased the former Clarke House, a historic but dilapidated structure built in 1857. Intensive restoration took 16 months – “We tried to keep the integrity of the house,” Sam said – before MacBracey moved into its spiffy new home in October 2018.

Her Washington County roots run deep, to be sure.

“Born and bred here,” she said, adding that she now resides near Prosperity.

Bracey graduated with high honors from the former Immaculate Conception High School in Washington, before doing the same as a college undergrad and grad student. She did all of her postgraduate work in South Bend, Ind., earning a bachelor’s degree in business from St. Mary’s College and a master’s in business at nearby University of Notre Dame.

This is a sign of those times, but Bracey said her master’s cost a total of $6,000. The price tag has risen several quantum leaps since.

Despite that kidding reference to retirement, Bracey is not planning to step aside for a while. She admits she eventually will do that, but at this point is not sure how she will handle the idle time. Besides, she still enjoys the work she grew up in.

“It’s been quite a ride,” Bracey said. “Being a woman in this business is a challenge at times. It was, and still is, a male-dominated business. The nature of the work keeps a lot of women from pursuing it.”

She did pursue it, though, and has successfully navigated her business through 20 years of challenges, including a pandemic.

“Hopefully,” she said, “we will continue to prosper.”