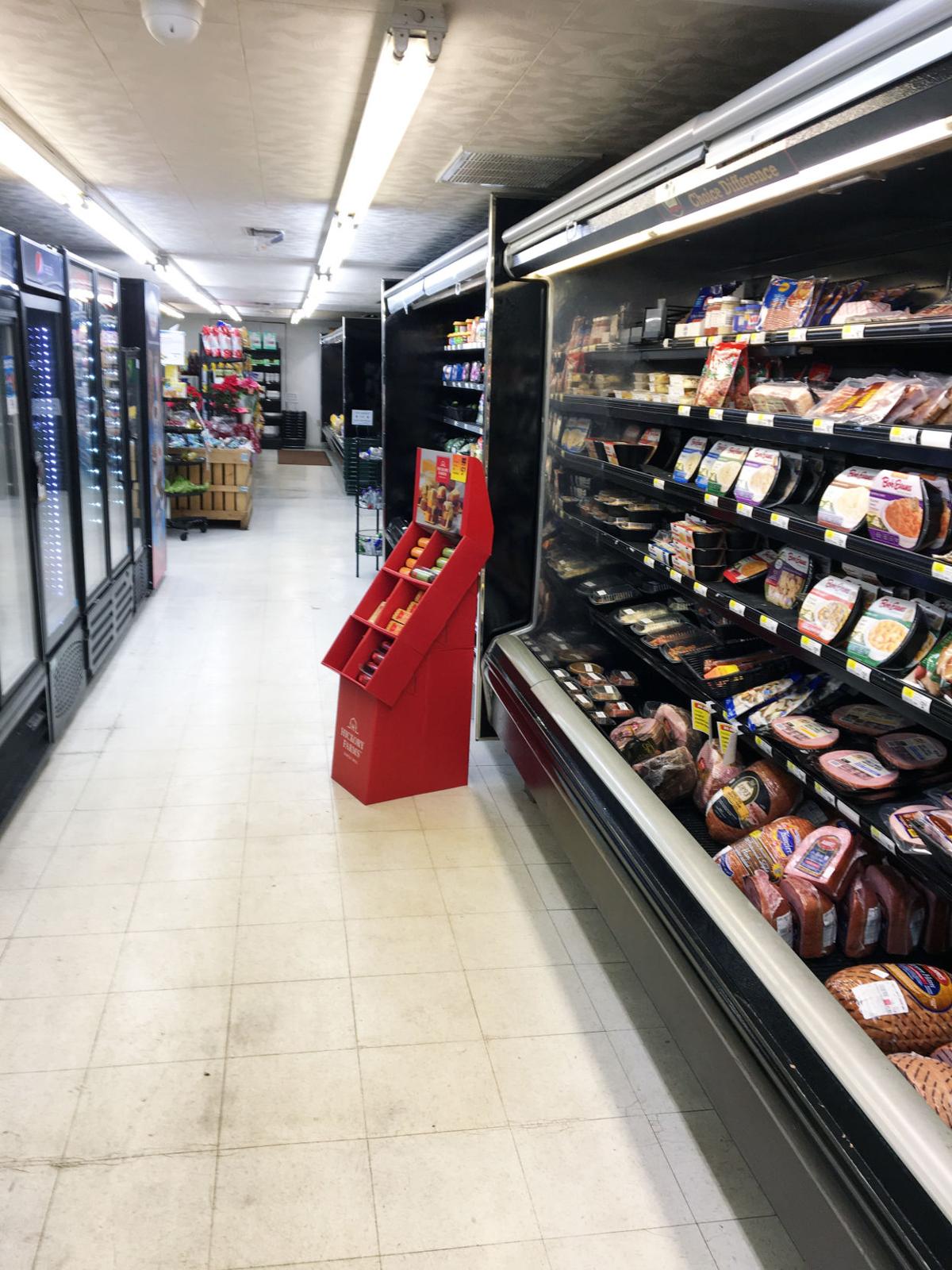 Spacious aisles is one of Cox Market’s features. 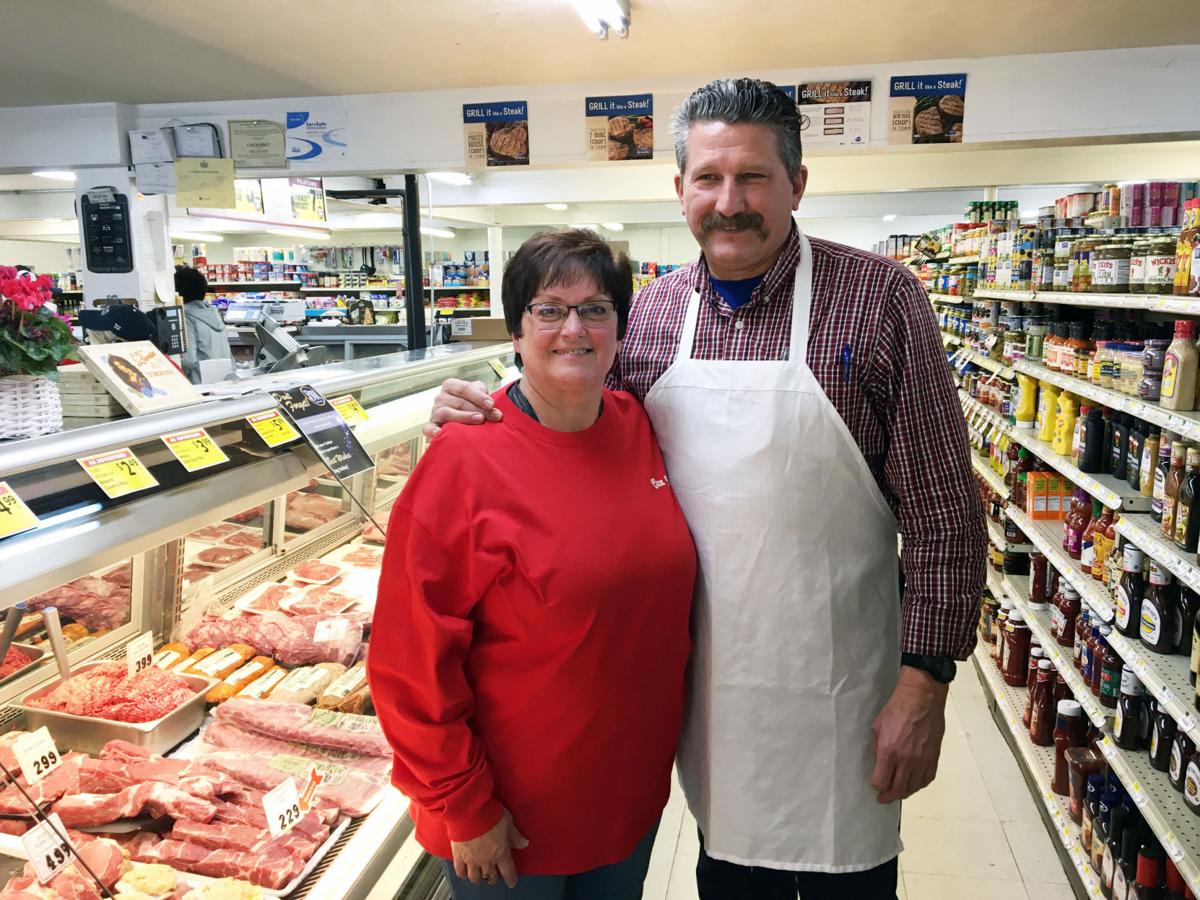 Spouses Peggy and Steve Cox are third-generation owners of the Carroll Township grocery along Route 481. 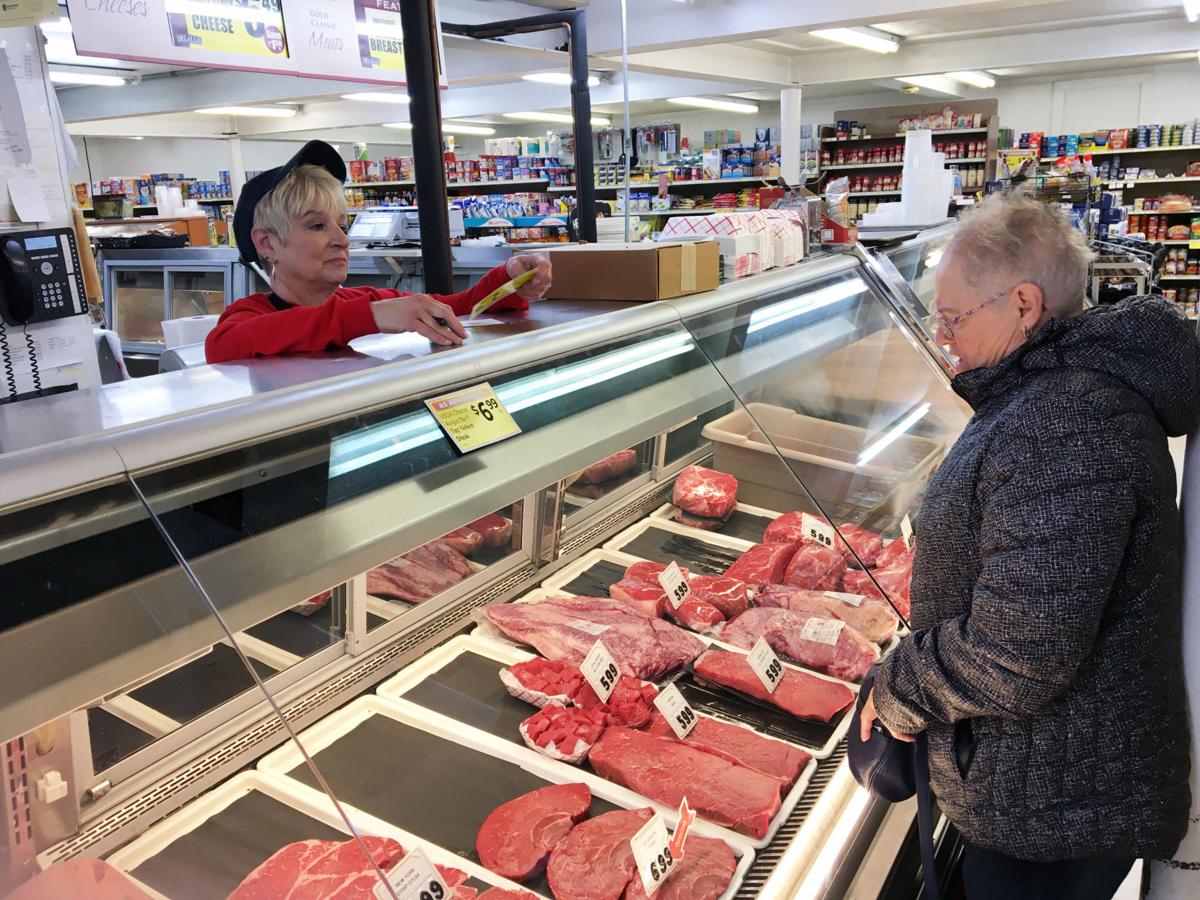 Rose Totedo, a 15-year-employee, likes the personal atmosphere at Cox Market, where she works in the meat and deli departments. 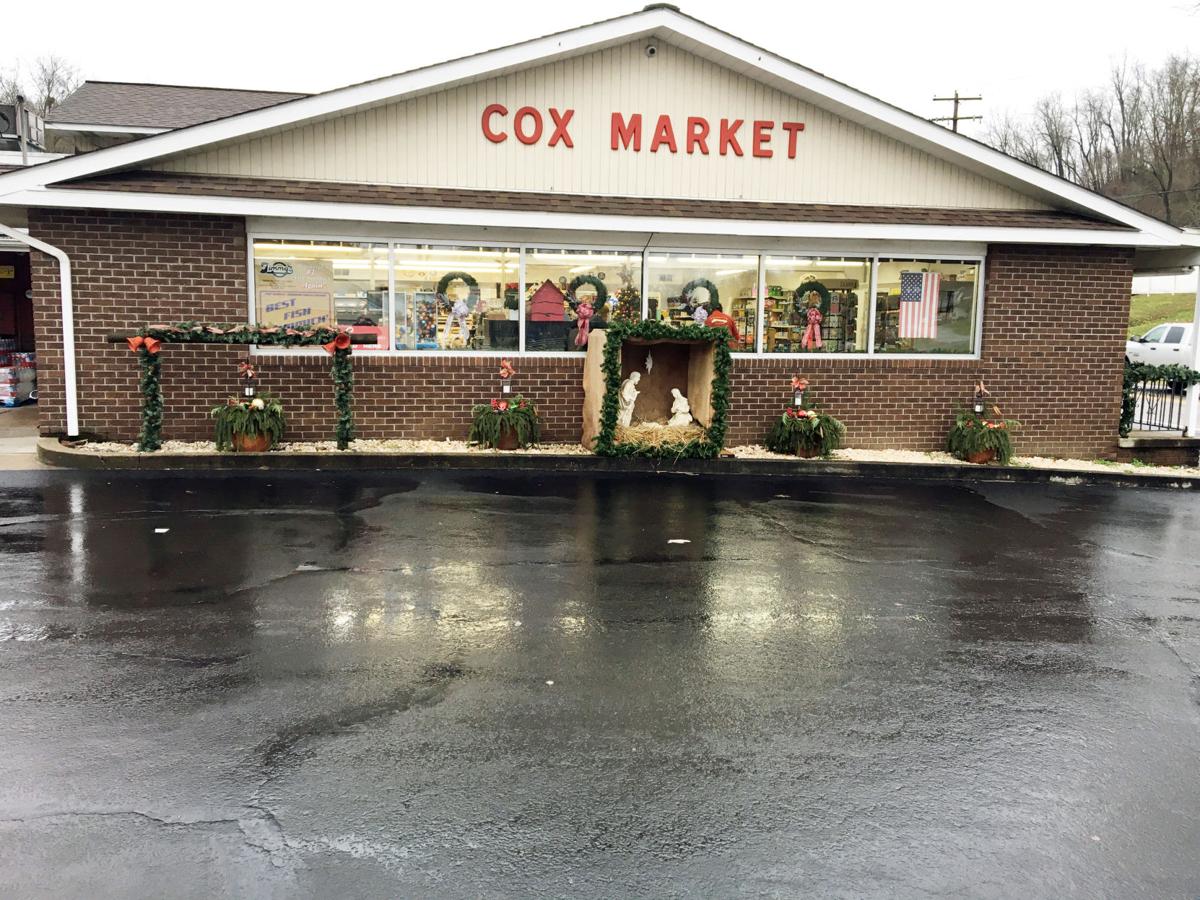 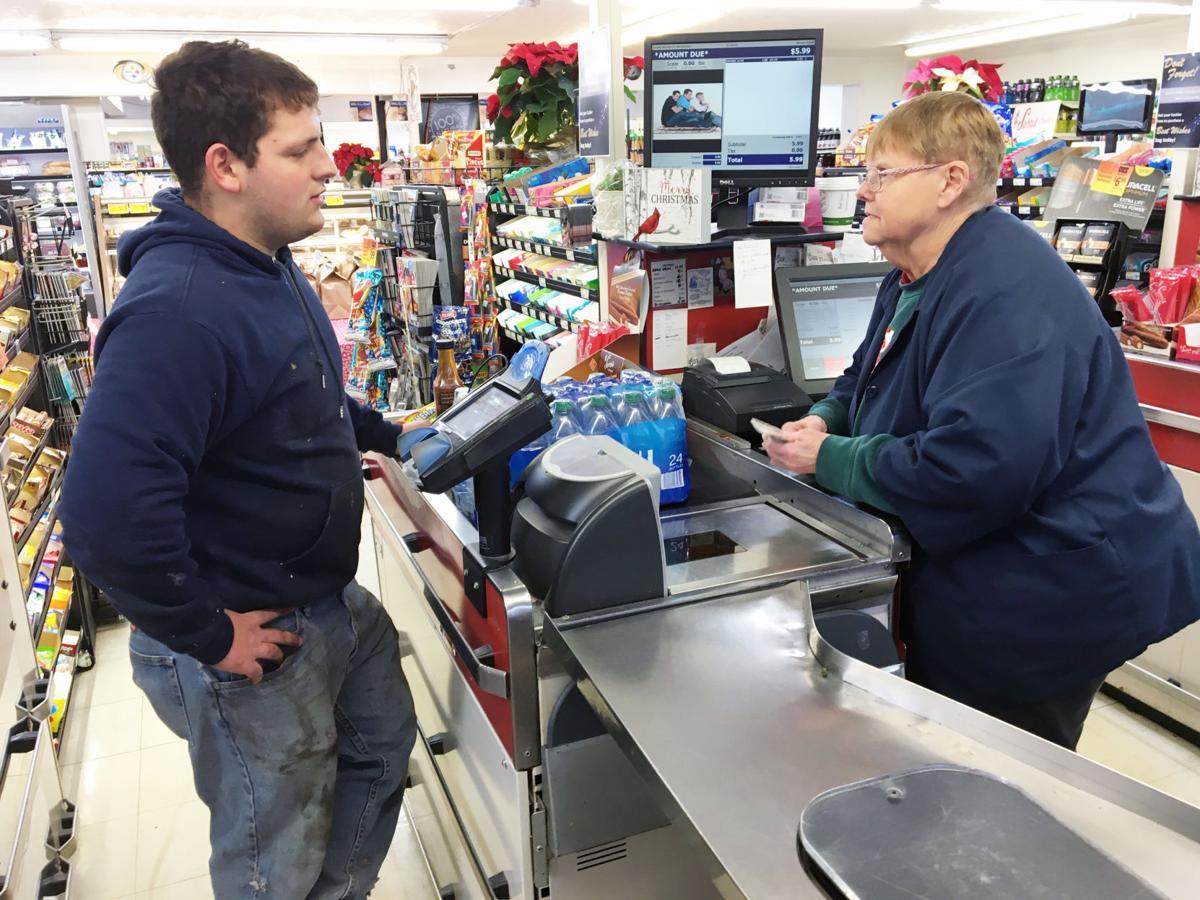 Bonnie Frankovich, ringing out Emanuel Tunon of Monongahela, says she has “done it all” during her 48 years at Cox Market.

Spacious aisles is one of Cox Market’s features.

Spouses Peggy and Steve Cox are third-generation owners of the Carroll Township grocery along Route 481.

Rose Totedo, a 15-year-employee, likes the personal atmosphere at Cox Market, where she works in the meat and deli departments.

Bonnie Frankovich, ringing out Emanuel Tunon of Monongahela, says she has “done it all” during her 48 years at Cox Market.

Steve Cox grew up in the family business – literally.

An apartment on the second floor of Cox Market served as his childhood home, a space now devoted to offices. Steve went on to graduate from Washington & Jefferson College and give serious consideration to law school before deciding life in the store was in store for him.

“I came to the conclusion that I like this better,” he said.

And because he did, a continuum remained intact.

Steve and his spouse, Peggy, are co-owners of Cox Market, a grocery started by his paternal grandparents 70 years ago, operated by his parents for three decades and now run by the third generation. The store, on Route 481 in Carroll Township, is a testament to permanence, diligence, customer loyalty and devotion to fresh, store-made selections.

“We’re not exactly a run-of-the-mill grocery store,” Steve said, explaining how his family continues to benefit from the fruits – and vegetables – of their labors. “We have more specialty items. We try to get as many local items as we can, and sell them as fresh as we can. We make our own salads, sausages and kielbasa.”

They have catering as well.

Size also may be a factor in the market’s longevity.

“We’re small enough, we can make changes quickly if there are changes in the industry,” according to Steve. “So much of it is how we run it.””

Consistency, however, is probably Cox Market’s trademark. The store sits on the spot where Rose and Walter Cox launched it Aug. 3, 1949, as a food and dairy bar. And, while Steelers fans and national media marvel over the team’s half-century of success under three head coaches, three generations of the Cox clan are defeating the Steelers’ field generals by 20 years.

Pro football also runs in the family. Fred Cox, the most visible family member, was a longtime kicker for the Minnesota Vikings and inventor of the Nerf Football. He died in Minnesota Nov. 20, three weeks before his 81st birthday.

Cox Market, according to Peggy, has “an extremely loyal customer base,” another element of stability that enables the family to fend off competition from two larger chain groceries in Monongahela, less than three miles away.

“Few stores our size are still around,” she said.

And in regards to permanence, out of a workforce of about 30, the Coxes have four employees with a collective 110 years of service or more: Bonnie Frankovich, Darlene Garrick, Jan McCorkle and Rose Totedo.

Frankovich, a Monongahela resident, has been working there since 1971.

“I’ve done it all here,” said the current cashier. “When I started, there was one employee besides me. This has been my extended family for 48 years.

“I’m comfortable being here,” she added. “I know a lot of customers by name and their families. I’m not ready to retire.”

Totedo, who lives nearby, is a 15-year Cox employee who works in the meat department and delicatessen. She, likewise, is comfortable with her work environment.

“I can joke with most customers and know most of them by name, and by what they get,” Totedo said. “They like to come here. The atmosphere is more personal with customers.”

Cox’s consistency also is reflected in store hours. The grocery is open every day, from 8 a.m. to 9 p.m. during the warmer months, 8 a.m. to 8 p.m. the rest of the year. It is closed only on Thanksgiving, Christmas and Easter.

Running the store means Peggy and Steve Cox are concurrently managing two proud traditions: marriage and their business. Balancing the two, she said, has been beneficial on both fronts.

“We spend basically 24/7 together and it definitely works for us,” Peggy said. “Most (workdays) are 12-hour days. We spend more time upstairs doing managerial stuff.”

She was raised in Forward Township, across the river, and met Steve at the store. Her mother liked to shop at Cox Market, accompanied by her daughter.

At the time, of course, the couple didn’t know they would marry and eventually run the market sitting up from Pigeon Creek. After Steve backed off his law school pursuit and returned to the market, he and Peggy became ownership partners with his parents, Tom and Esther. That arrangement lasted for 15 years, until 1996, when the older couple retired and relinquished the reins to their son and daughter-in-law.

Like any business owners, Peggy and Steve have endured travails. The worst was a flood in November 1985 that inundated the store with six feet of water. Election Day flooding wracked other parts of the Mon Valley, hitting Brownsville especially hard. Steve said the nearby Monongahela River, not Pigeon Creek, was the culprit.

He said another flood, in 1996, deposited three feet of water in the market, but there hasn’t been a similar issue since.

At 70, Cox Market remains very much a family operation. All three of the owners’ children have worked there, including daughter Kait Roth, a full-timer. Steve’s sister, Kerry Macugoski, is a manager. So the continuum could continue.

In the meantime, the business plan will not change.

“We keep the store fun and different and not just run of the mill,” Steve Cox said.

They are keeping it going as well.