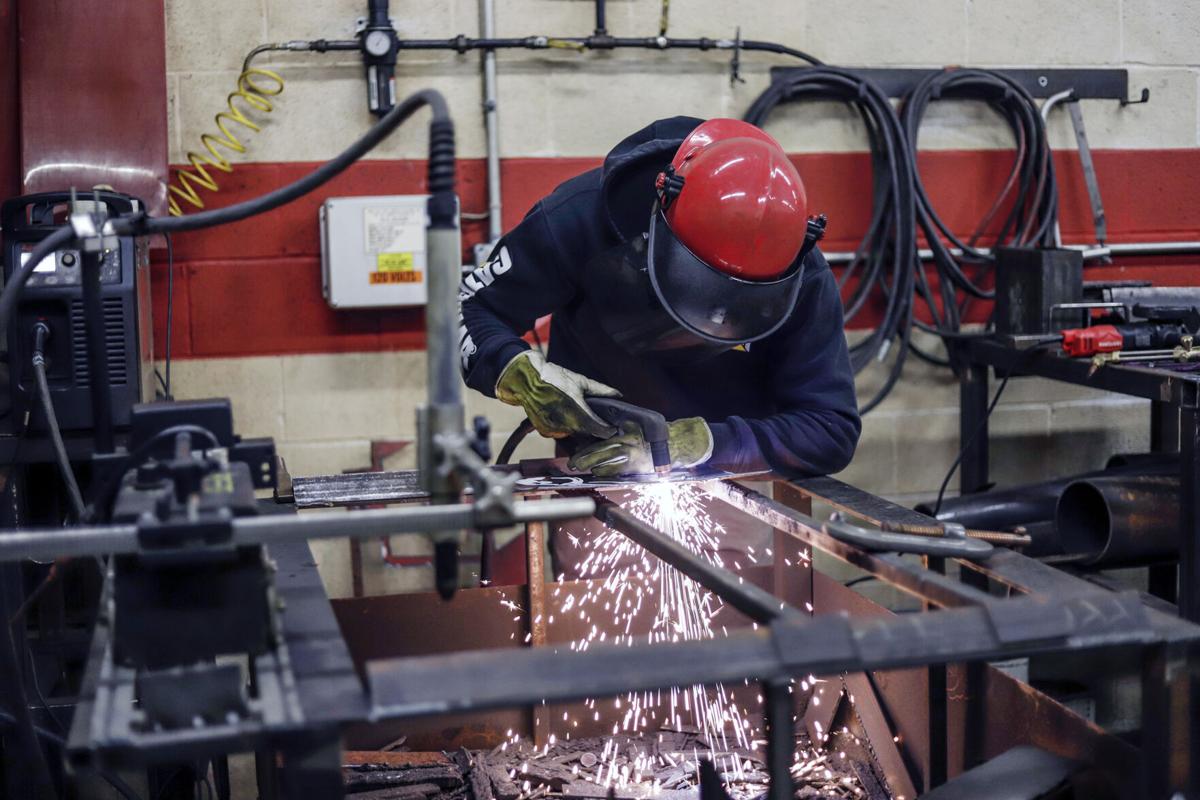 Welding sparks a lot of interest from students, and leads to jobs at Penn Commercial. 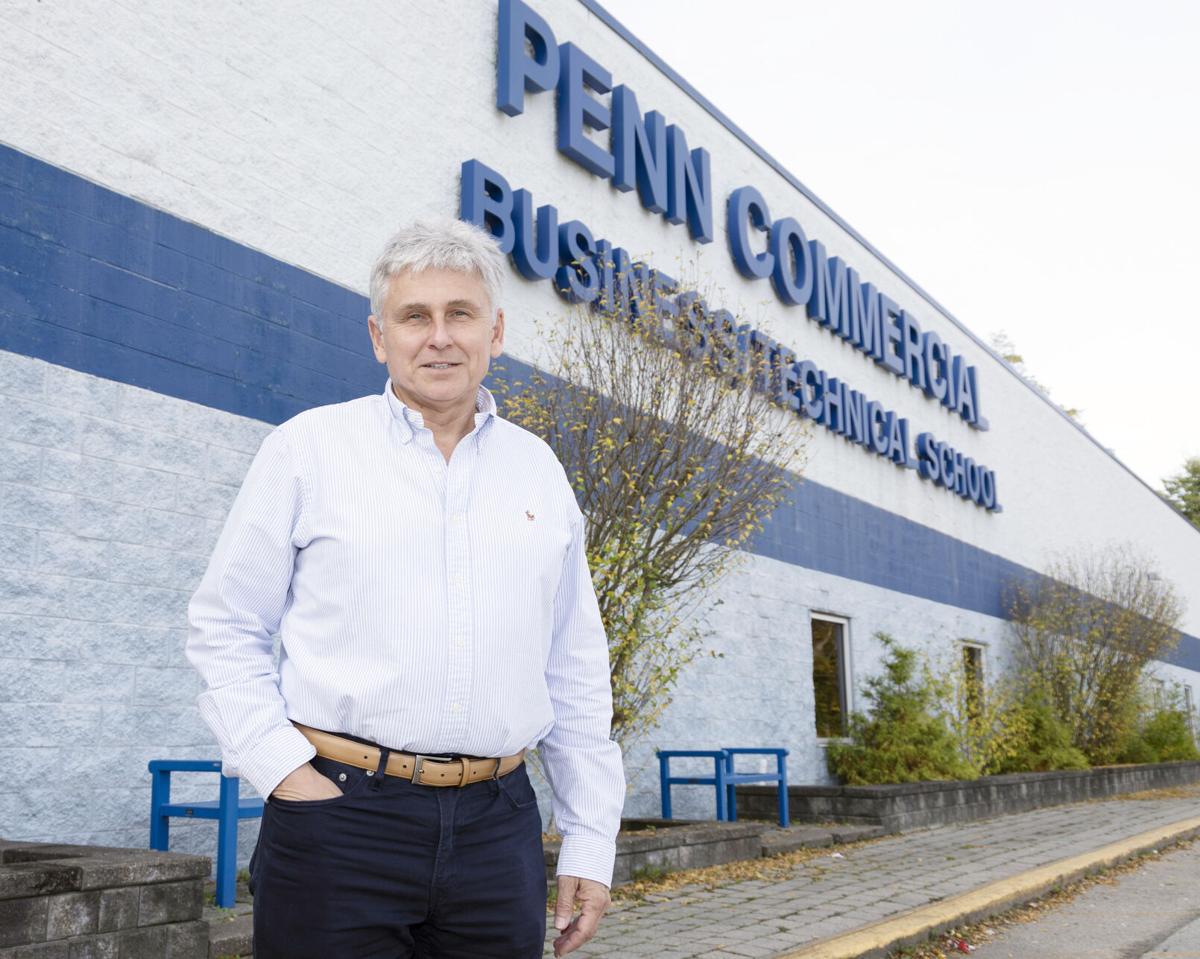 Robert Bazant, president and owner of Penn Commercial, oversees what has been a family business since 1982. 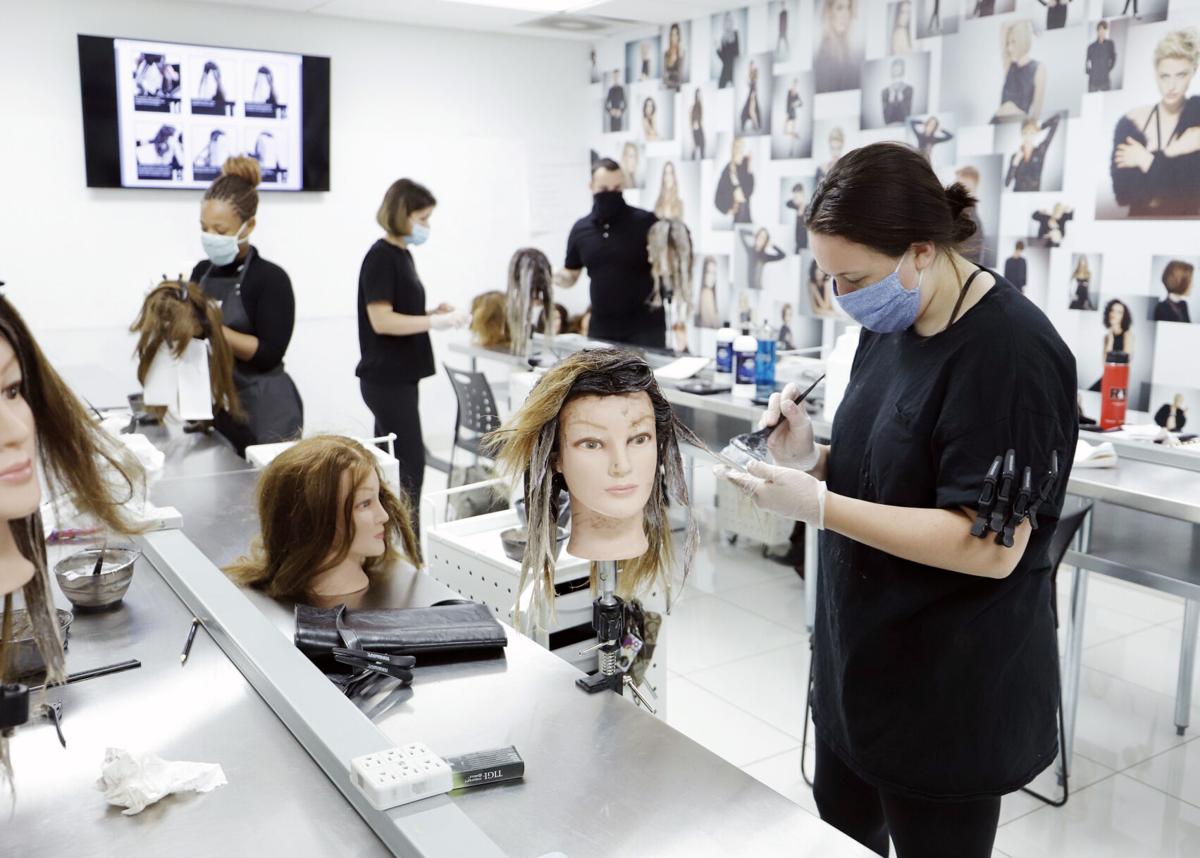 The cosmetology program at Penn Commercial is attracting a number of students. 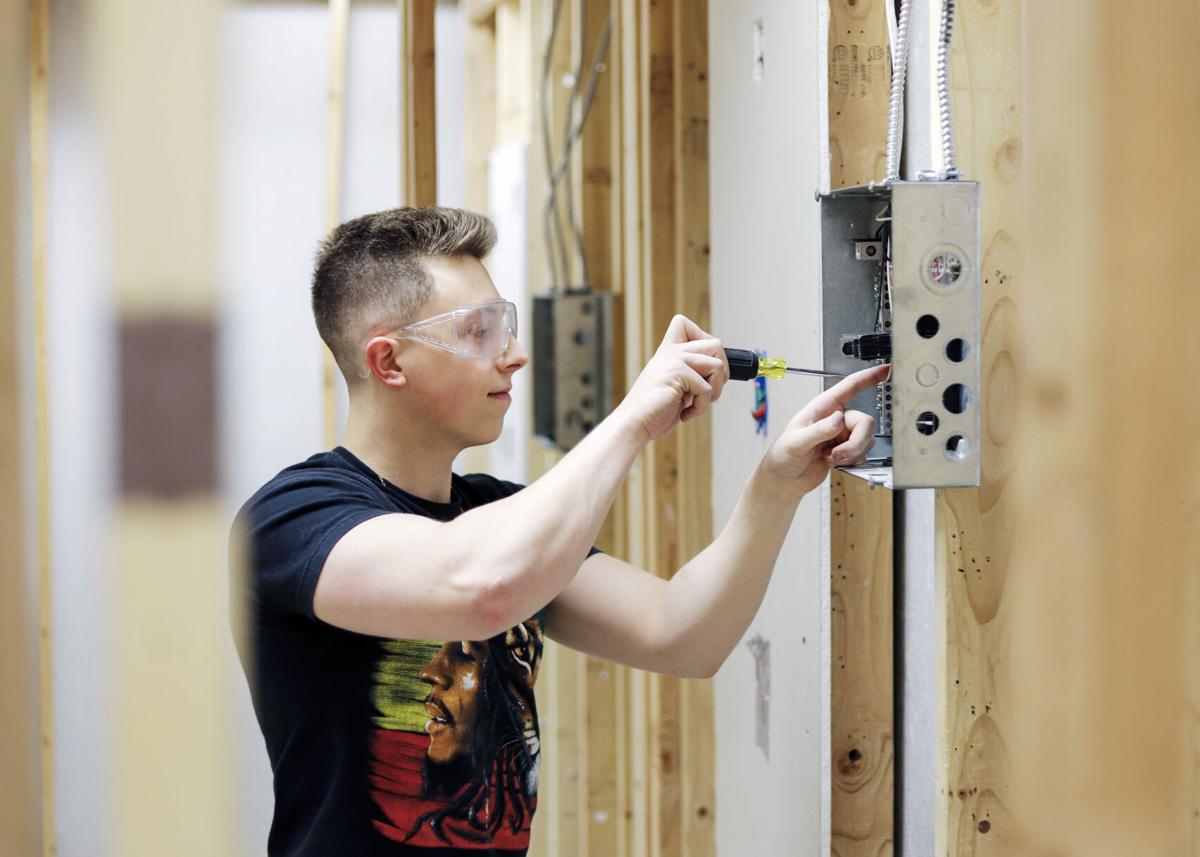 The electrician program at Penn Commercial has some students charged up. 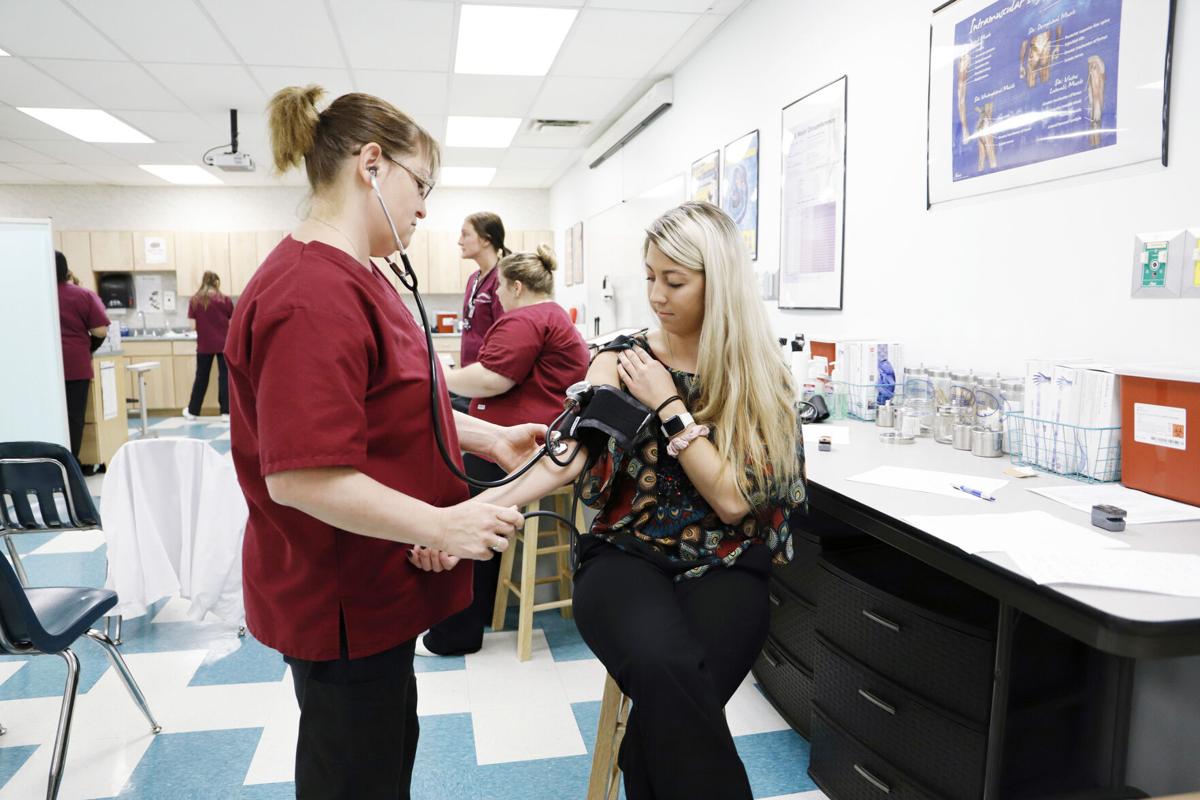 The pandemic has enhanced the popularity of the medical assistant program at Penn Commercial. 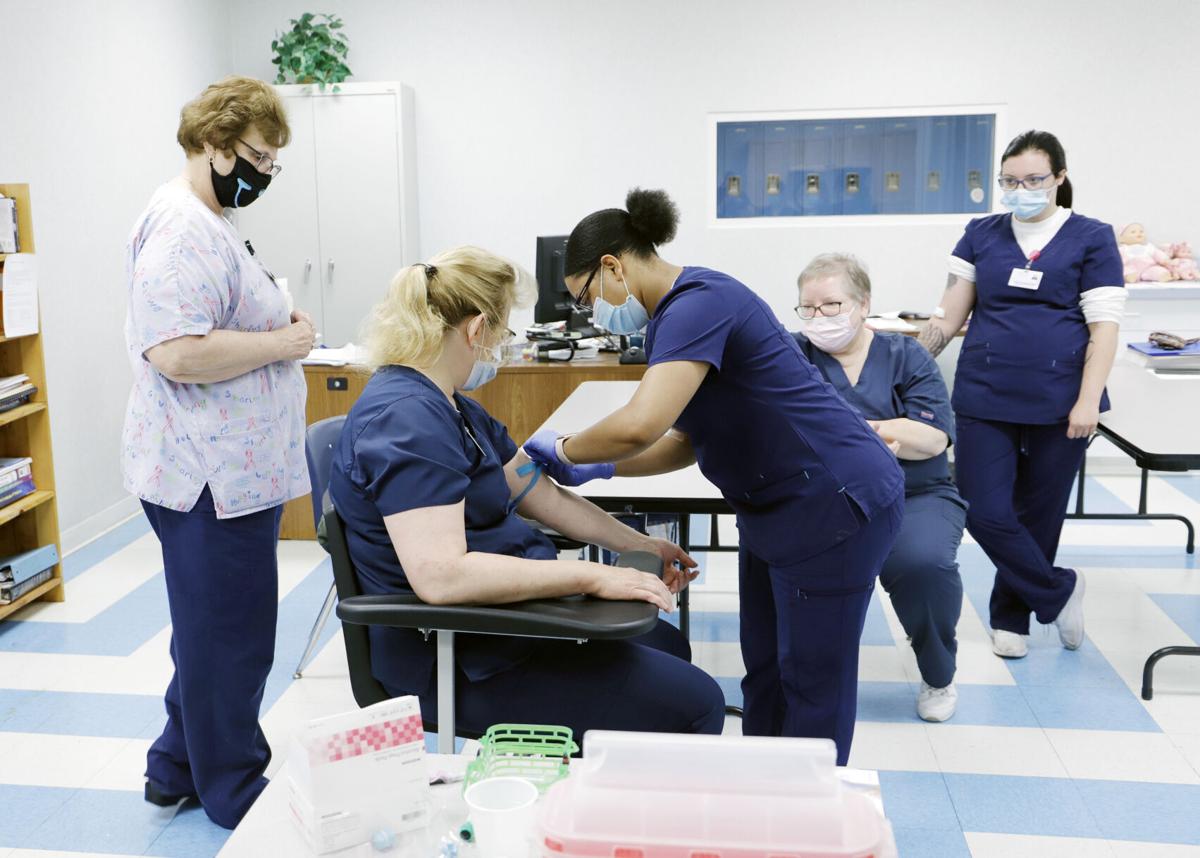 Practical nursing is one of the health-care-related programs offered at Penn Commercial.

Welding sparks a lot of interest from students, and leads to jobs at Penn Commercial.

Robert Bazant, president and owner of Penn Commercial, oversees what has been a family business since 1982.

The cosmetology program at Penn Commercial is attracting a number of students.

The electrician program at Penn Commercial has some students charged up.

The pandemic has enhanced the popularity of the medical assistant program at Penn Commercial.

Practical nursing is one of the health-care-related programs offered at Penn Commercial.

Apparently, Penn Commercial Business/Technical School is a 91-year-old that is impervious to the coronavirus.

The school, on Oak Spring Road in South Strabane Township, shut down on-campus instruction in mid-April and did not resume until June 8. That isn’t easy for an educational institution that provides a large measure of hands-on instruction.

Bob Bazant, president and owner of the school, acknowledged that “we have some theory classes where principles are taught online. But hands-on? Every program has some form of hands-on instruction.”

Because of the nature of the curriculum, ramping up online offerings for six or seven weeks was a “challenge” for Penn Commercial, Szymanski said – a challenge that could have undermined the school financially and otherwise. But, according to these two officials, that has not been the case.

The enrollment, about 250 students, has risen significantly from a year ago, Szymanski said. He said the collective enrollment for the spring, summer and fall quarters of 2020 has increased about 20%, and that a 45% jump is projected for the fall quarter. (An exact figure could not be provided because enrollment is ongoing for an upcoming esthetics program and two future cosmetology courses.)

Those bumps are pandemic-related, as the health crisis has resulted in an economic crisis nationwide, forcing thousands out of work. Some industries – oil and gas, heavy industry, small businesses – have been negatively impacted, while others – welding, HVAC, practical nursing – have done well and are hiring.

This drives dislocated workers, or individuals seeking training for another field, to trade schools such as Penn Commercial.

“There’s always been a need for workers in certain industries, including those that have not really been affected during the pandemic,” Szymanski said. “People are seeing trades and vocational skills as being good for them and seek career training.”

Enrollment, Bazant said, “is up across the board, and I attribute that to a couple of things. Unemployment is up from a year ago, and unemployment always drives folks back into education, to retool. I also think the Marcellus has had an impact.”

He also said that before the oil and gas downturn in recent years, companies were heavily recruiting, and attracting, high school students to work at well sites. That job stream isn’t as rich today, so teens are seeking alternatives.

Then there is the albatross of college debt. In recent years, Bazant pointed out, a rising number of high schoolers have been opting for careers in trades. Tuitions at technical schools are less than those at traditional colleges and universities, from which many students have large loans to repay.

“You can come out of a career school at a fraction of the cost (of a college tuition) and get a well-paying job,” the president said. “In many cases, the rewards are equal or sometimes better.”

And landing a job quickly is possibility. Penn Commercial’s 15 programs run from six to 18 weeks. Most are diploma or certificate programs, with tuition and fees ranging from $5,361 (esthetics) to $31,165 (medical assistant). Grants, scholarships, loans and payment plans may be available to applicants.

Most students there are adults, out of high school, although the school has a College in High School program that includes cosmetology instruction from Toni & Guy Hairdressing Academy.

Since reopening the campus for instruction and training, Szymanski said, Penn Commercial has followed “pretty stringent health protocols.” They include students spaced six feet apart, all wearing masks. There are daily temperature checks at the door, and every Monday students must sign an affidavit asking whether they had contact with anyone who may be COVID-19 positive. If yes, they must quarantine for 14 days, then have two negative tests before returning on site.

Penn Commercial has been around since 1929, the year the stock market crashed and The Great Depression began. The school opened in the George Washington Hotel, the iconic downtown Washington structure that was a mere 7 years old then.

The Bazant family has owned Penn Commercial since 1982, when Bob’s father, Stanley, bought it. He later consolidated it with two other schools, Washington Institute of Technology and Washington School of Drafting. About a month after 9/11, Stanley Bazant moved Penn Commercial to its current location, into a former Walmart on Oak Spring Road, across from Washington Mall.

The school has a proud 91-year history and, coronavirus or not, is aiming for the century mark.

“We have a motto: ‘We change lives,’” Bob said. “That’s what we do. We see kids who struggle, who can’t pay bus fare, get an education, a job and earn a living.

“It’s miraculous to see and one of the reasons I enjoy doing this.”