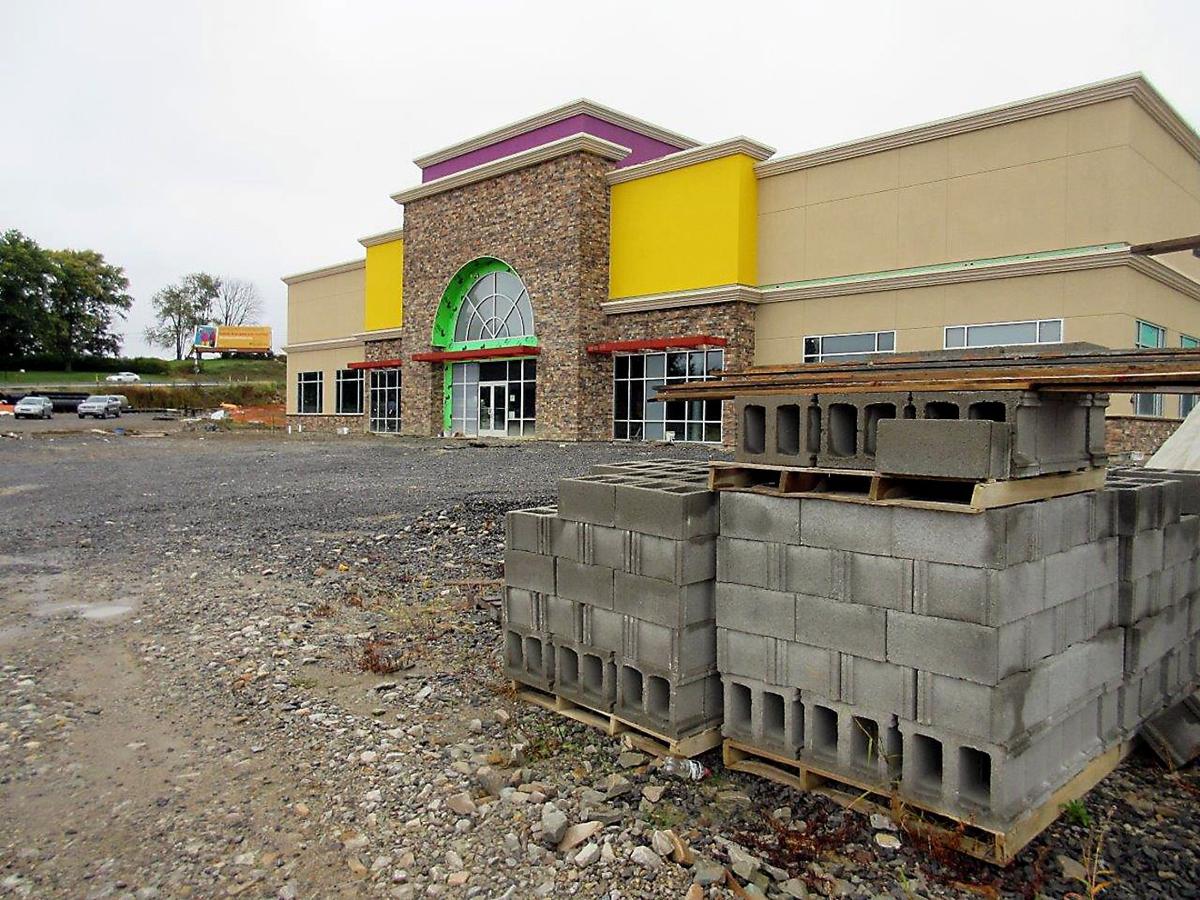 Construction has halted around and near the Planet Fitness facility in Park Place at the Meadow Lands. 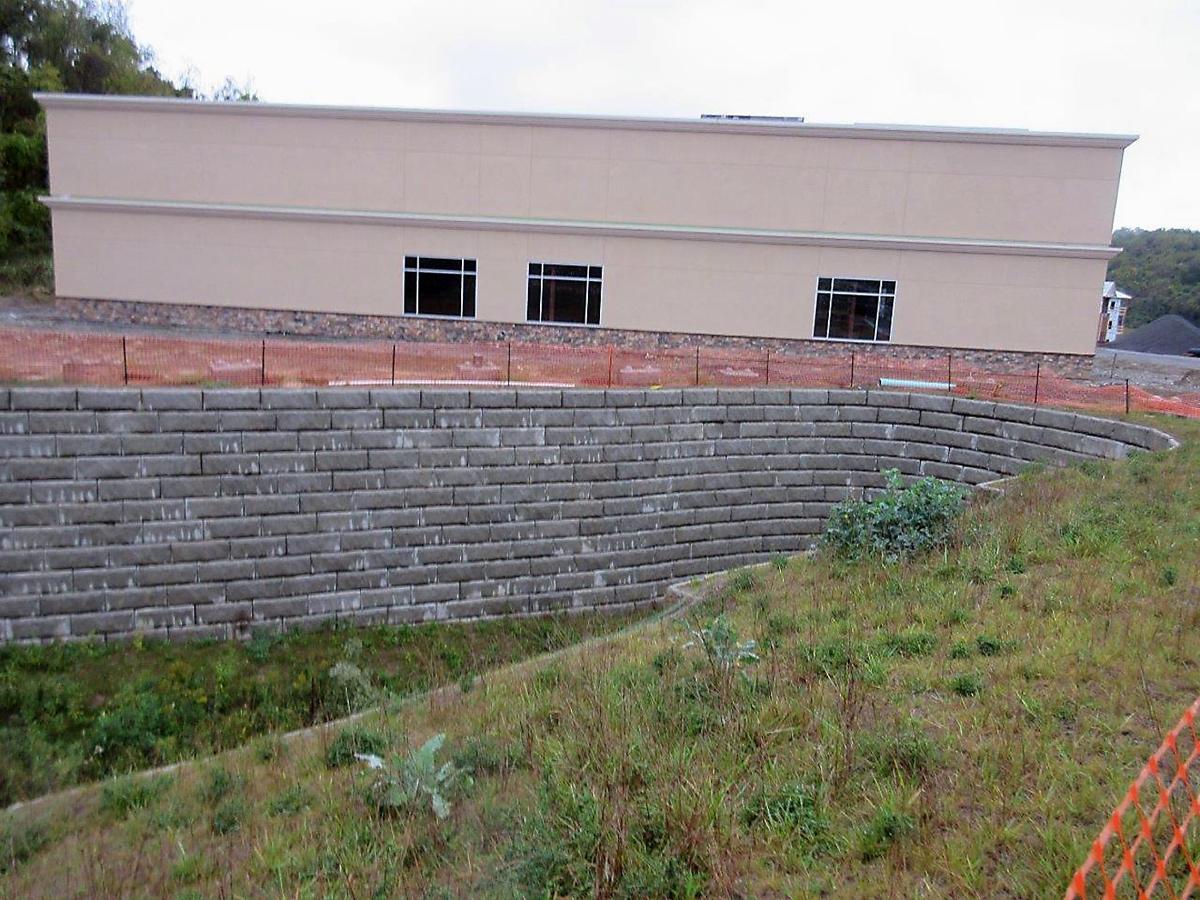 A retaining wall surrounds a creek that is the crux of the construction issue near Planet Fitness in the Park Place at the Meadow Lands project.

Construction has halted around and near the Planet Fitness facility in Park Place at the Meadow Lands.

A retaining wall surrounds a creek that is the crux of the construction issue near Planet Fitness in the Park Place at the Meadow Lands project.

Working out isn’t working out at Park Place at the Meadow Lands.

Construction on Planet Fitness is on hold in the mixed-use development off Route 19 and Racetrack Road. A dispute between the developer and the Pennsylvania Department of Environmental Protection put the kibosh on work in that part of phase II of the project, located in North Strabane Township.

The vast majority of Park Place is in North Strabane, with a small strip – at the entrance – in South Strabane Township.

The root of the issue, said DEP spokesman Neil Shader, is that the developer, Metro Property Management of Morgantown, W.Va., “worked without permits or where work was not permitted.” Inspectors, according to a compliance order the DEP mailed March 10 to Dave Biafora, principal at Metro Property, discovered the alleged violations Feb. 10. The inspectors were from the DEP, U.S. Army Corps of Engineers, Washington County Conservation District and Cheat Road Engineering Inc.

“We have done no site work since February,” said Biafora, whose firm is operating under the name Washington Investments LLC for this project.

Construction of the fitness center did continue into the summer, and the exterior is largely finished. Biafora said that was allowed, as did Shader, who added that the work was outside the restricted area. He added that his company has responded to everything DEP has asked, including most recently an Oct. 3 letter about site deficiencies.

The worksite currently is 180 degrees from being the beehive of activity it was months ago. Bare earth, construction equipment and building materials sit idle at the top of the hill. So do the nearby apartment buildings and townhouses, 206 units overall, that were being erected as part of phase II.

For work to resume, Metro Property Management has to be approved for a Chapter 105 permit, related to waterway and wetland encroachments. Shader, a former Peters Township resident, said “the permit is still being processed.”

Even with a DEP thumbs up, Biafora and his company are facing cold weather months, which is not construction-friendly. It is difficult buying asphalt, let alone putting it down. This affects more than Planet Fitness.

“The problem,” Biafora said, “is it’s hard to finish the apartments because we need to get the water in, put the utilities under the pavement because they won’t allow us to work. This is lost time and tax dollars lost.”

Biafora hasn’t a beef with North Strabane, and vice-versa apparently.

“On our end, everything is fine,” Don Hindman Jr., a township building inspector, said last Monday. “Applications and permits have been issued and they’re good for another four to five months.”

Hindman added that a building permit was issued in January, with permission for the Planet Fitness buildout issued in April.

Planet Fitness is a national franchise based in Newington, N.H., with more than 1,000 locations across the U.S. – most of them east of the Mississippi River. But it is becoming a global operation, following the opening of facilities in Canada and the Dominican Republic in recent years.

The company did not immediately respond to an email requesting information.

The other part of phase I is behind that superstore, and includes Napoli’s restaurant and Tender Care Learning Center. That strip of businesses is connected to the beginning of phase II, another strip that includes Bacon, Bourbon & Beer. The complex, together, is somewhat U-shaped and on flat property below the hill occupied by the gym and residential units.

Biafora is eager to continue the expansion.

“We’re miffed at why this happened,” he said. “But we’re ready to continue on.”