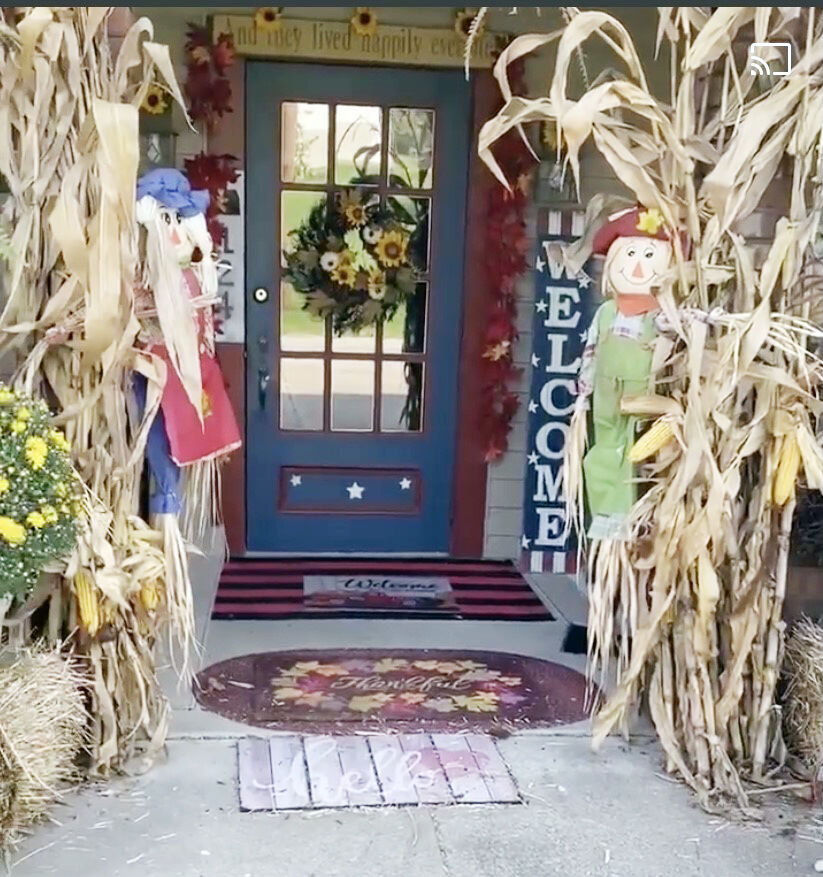 Many homeowners across Southwestern Pennsylvania have begun to decorate their homes for the fall. 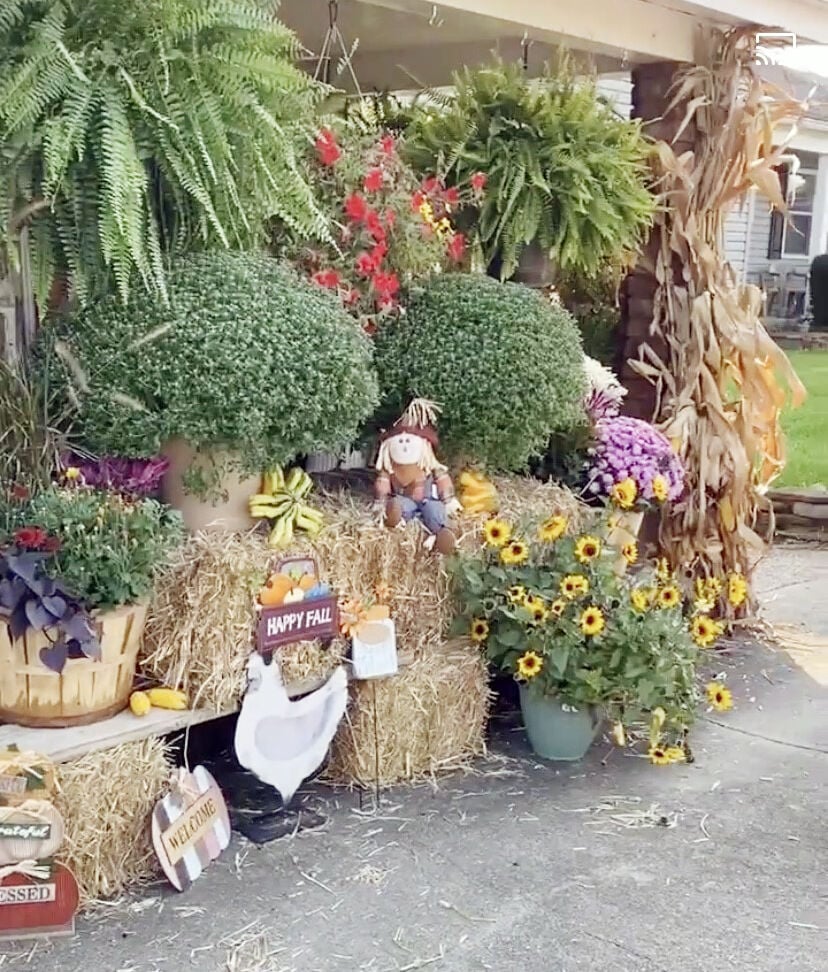 Fall decorations for outside the home are available at a bevy of area businesses.

Many homeowners across Southwestern Pennsylvania have begun to decorate their homes for the fall.

Fall decorations for outside the home are available at a bevy of area businesses.

Decorating for the fall and Halloween is big deal.

For local farms in Washington and Greene counties, along with others in surrounding areas, this is the time of the year to make a little hay.

Bill Millington, who works in the garden shop at Trax Farms in Finleyville, said the fall season and decorating for it and Halloween are an important time of the year.

“It seems everyone likes to fall and the harvest by decorating their homes – inside and out,” he said. “It’s important to have the corn stalks, straw, hay, pumpkins and gourds to help with that celebration of the season.

“We couple those offerings with hayrides and pumpkin (patches) for people to enjoy. We have a lot of decorations in the garden shops for use on the outside and the inside of homes. It’s an enthusiastic and opportunistic time of the year. The offering goes pretty quickly because people just love the time of the year.”

Scott Simmons, owner and partner of Simmons Farm in McMurray, said while his business offers most of the common items of the fall, it also provides hayrides, and apple and flower picking, among other opportunities.

“This time of year, is a substantial part of our business,” Simmons said. “Beyond the normal things, we also have small ornamentals.

“We have a good selection of orange, green and white pumpkins – the Cinderella type pumpkins.”

As the country moves toward the spooky Halloween spirit, homeowners begin to decorate their house with Halloween-themed decorations or with fall decorations that also include scare crows, mums – in shades of red, orange, yellow and peach – and skeletons and other ghoulies.

One of the more beautifully decorated homes in the Washington and Greene counties area is that of Judy and Joe Kolat in Rices Landing.

Judy Kolat said the work is done by her husband, Joe, who is a meticulous shopper and procurer of the fall decorations from Miller’s Greenhouses and Flower Shop, Morgantown Road, Smithfield.

Miller’s is a full-service florist, nursery and garden center.

“It’s all Joe’s shopping and work,” Judy Kolat said of the decorations at their home. “He loves to decorate for fall. He had in his mind what he wanted and how to decorate. I just stood back. I was there just to pay.”

The Kolats also made two visits to My Son’s Rib Shack, Washington Road, Waynesburg, where Judy Kolat said they have “an impressive array of mums and other flowers.”

Beyond serving food, My Son’s Rib Shack – which describes itself on Facebook as a barbecue restaurant – also features planters and hanging baskets.

When should you decorate for the fall seasons?

It is recommended to starting in late August. Another option is waiting until leaves change colors in September to October. It is suggested that when deciding on autumn decorations, to use elements that celebrate bountiful harvests and to incorporate seasonal accents such as pumpkins, berries, apples, and fall leaves in the home décor.