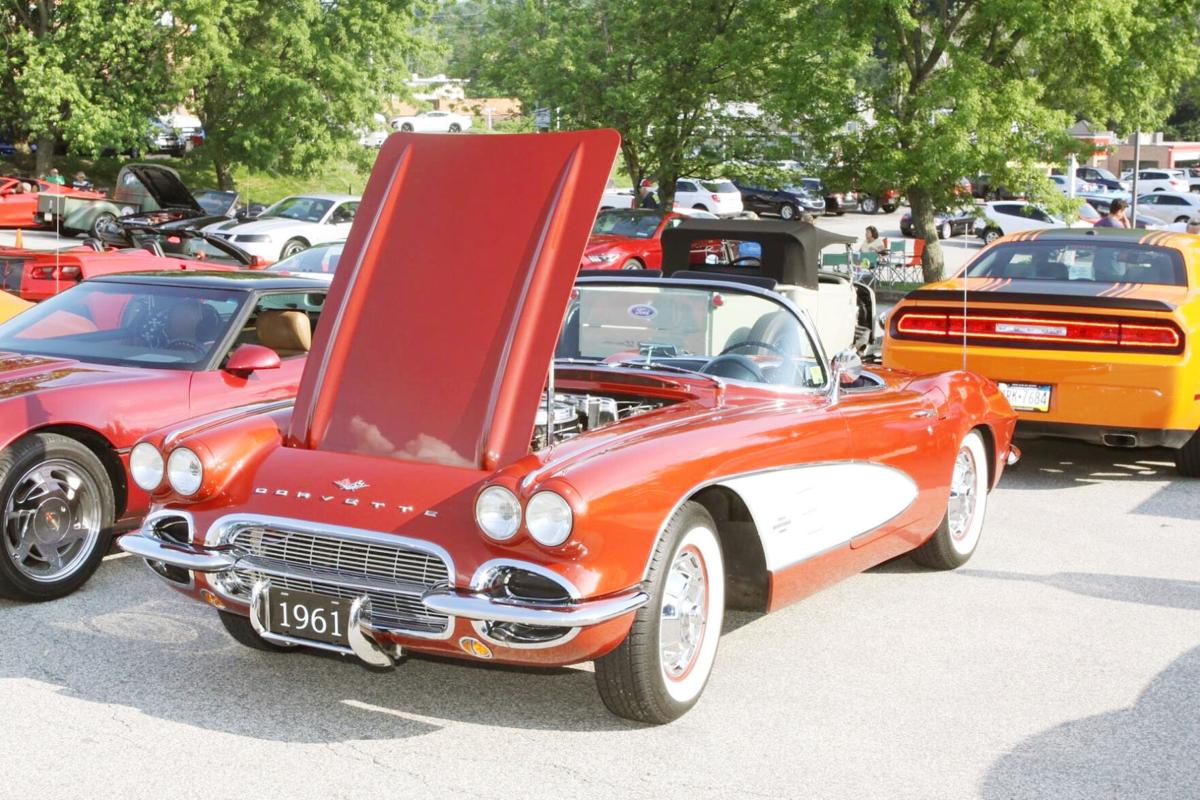 A 1961 Corvette is displayed at a Washington Cruisers show earlier this year. 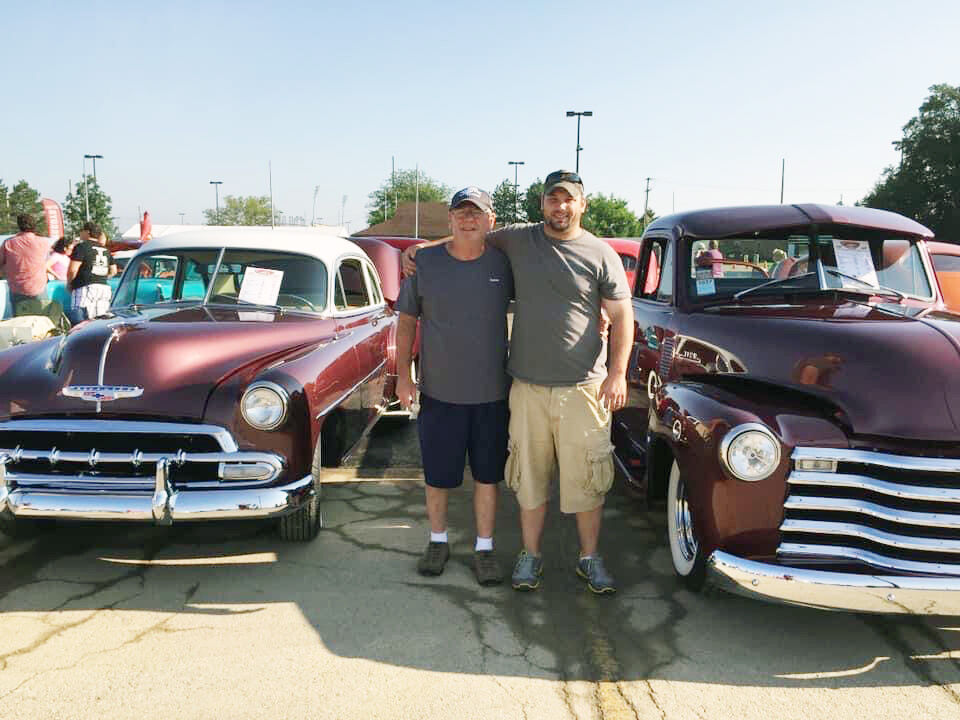 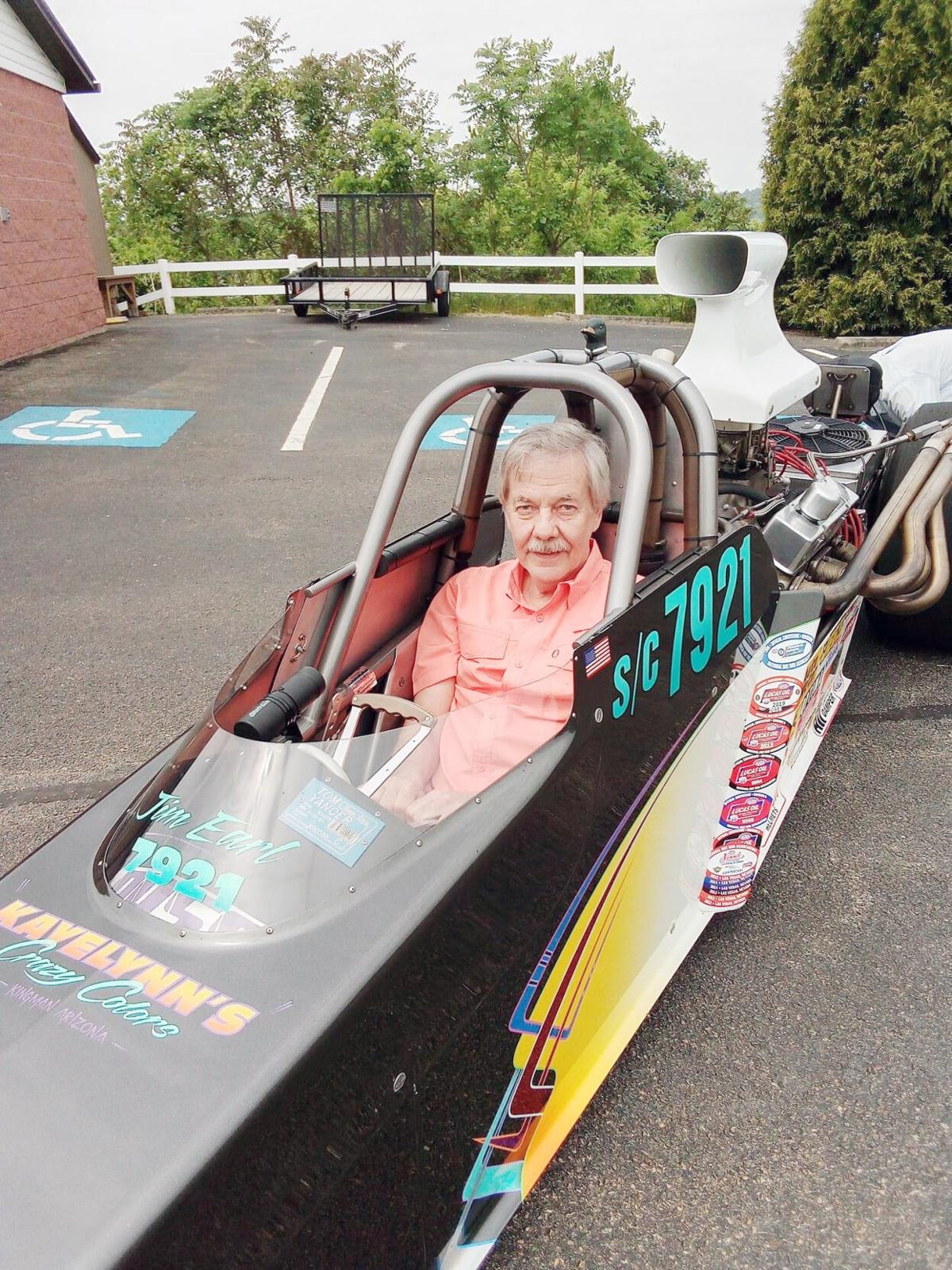 The Rev. Michael J. Crookston, pastor of Epiphany of our Lord Church in Monessen, enjoys a car show sponsored by the parish earlier this year.

A 1961 Corvette is displayed at a Washington Cruisers show earlier this year.

The Rev. Michael J. Crookston, pastor of Epiphany of our Lord Church in Monessen, enjoys a car show sponsored by the parish earlier this year.

Whether they serve as a good fundraiser for a local parish or as a father-son hobby, car shows remain a popular attraction for car lovers of any kind.

A parishioner of the Epiphany of our Lord Roman Catholic church in Monessen suggested the parish host a car show in 2019 as a fundraiser.

The Rev. Michael J. Crookston, paster of the church, said the initial car show attracted 40 vehicles. The COVID-19 pandemic forced the parish to cancel its car show in 2020, but the fundraiser was held in May this year and the pastor said the number of vehicles nearly doubled.

“One of the things that was different this year than in 2019, when people brought their own food, was that we could have sold five times more food this year,” he added. “We ended up not having enough because we had prepared off of what was sold in 2019. That is one adjustment we will make for 2022. We will have more food and more offerings.”

Frank Sworden and his son, Nick, are longtime car show attendees. They each built their own car and it took nearly a decade.

Frank Sworden, a former football coach, and Nick, one of the standouts on the 1998 Washington County Pony League World Series team and a football player at West Virginia Wesleyan, started on Nick’s truck about 20 years ago. They started attending show about 15 years ago.

They recently returned from an annual big show in Columbus, Ohio, where they meet friends and colleagues and sometimes people they haven’t seen for a number of years.

“It started when Nick was in college and one day he came home and said, ‘let’s buy an old car and start working on it,’” Frank Sworden said. “We bought that first one and we still don’t know how much money we put into it. We throw all the slips and receipts in a box. We never added the cost up and we have no intention to do so. We keep the slips in case something needs replaced.

Frank Sworden said they bought the truck on eBay and picked it up from “a depot in Pittsburgh.”

“We’re on our way back home and we’re thinking, ‘what did we just buy?’ he said. “It’s been fantastic, a father-and-son project. There’s a lot of that in the car building industry.”

Nick insisted on a new project, meaning Frank had to find a car and build one. Both attended various shows with their two beauties.

The Washington Cruisers Car Club was founded in 1992 by a small group of people in Washington.

The car club is open to all makes, models and years of cars, trucks and motorcycles. It has been “cruising for a cause” since it was founded, and it raises money for Ronald McDonald House Charities. Its mission is to celebrate the American Car Culture and the friends met along the way.

Tim Lemley, 71, is the club’s president. He said the club hosts a cruise every other Saturday night in the parking lot of the McDonald’s restaurant on Racetrack Road, Meadow Lands. The club is hosting a cruise Saturday at McDonald’s.

The difference between a car show and car cruise is trophies are presented at shows and at cruises owners pop their hoods and people walk around looking at the cars and what’s inside.

Lemley said the club has donated more than $52,000 to Ronald McDonald House Charities.

The club’s 28th annual Super Cruise is Aug. 1 at the Crown Center Mall in Washington in the parking lot behind the former Bon-ton store.

“Our Super Cruise is a big thing for us,” Lemley said. “We get people from Ohio, West Virginia, all over Pennsylvania, and all the local clubs. We’ll have auction baskets, 50-50 drawing and a DJ.”