Steelers head coach Mike Tomlin looks on during the first half of Sunday’s game against the Ravens. 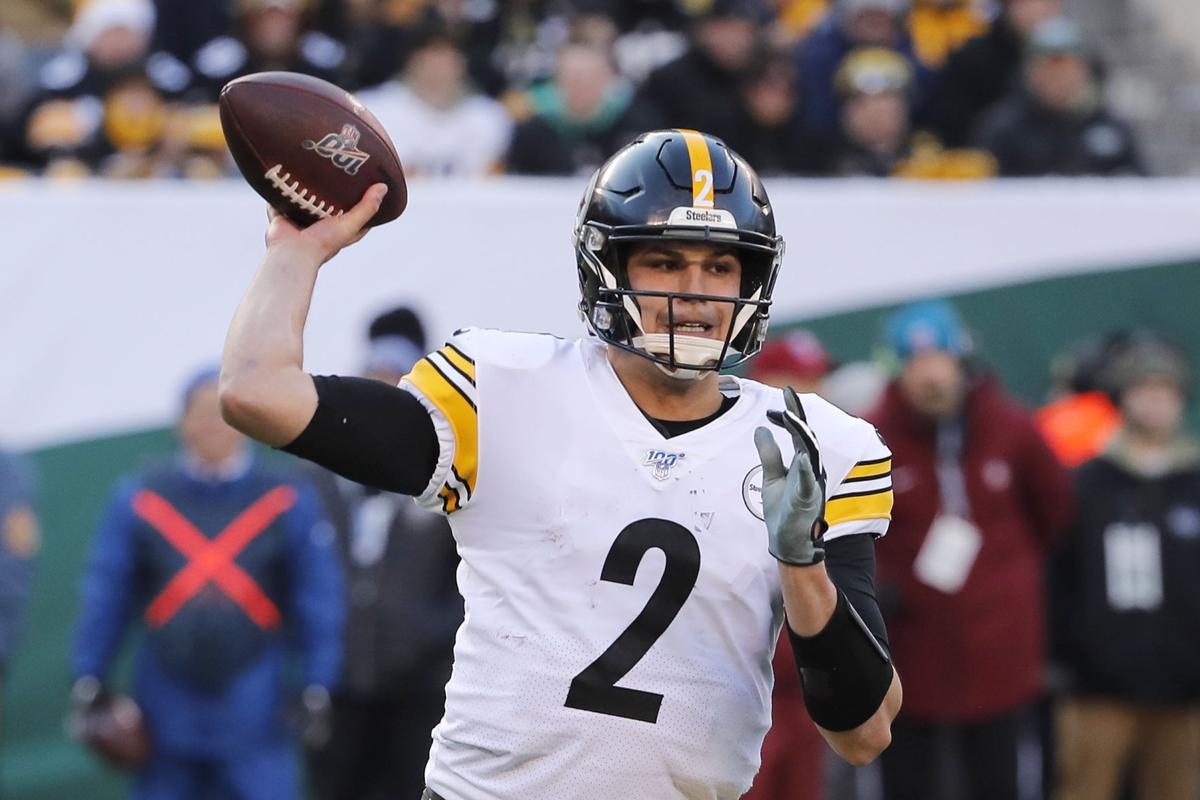 Pittsburgh Steelers quarterback Mason Rudolph looks to pass in the second half of their Dec. 22 game against the New York Jets, in East Rutherford, N.J.

Steelers head coach Mike Tomlin looks on during the first half of Sunday’s game against the Ravens.

Pittsburgh Steelers quarterback Mason Rudolph looks to pass in the second half of their Dec. 22 game against the New York Jets, in East Rutherford, N.J.

PITTSBURGH – The Pittsburgh Steelers’ 2019 season was defined by chaos at quarterback. Coach Mike Tomlin is eyeing a return to normalcy in 2020.

Tomlin said Tuesday the team expects veteran Ben Roethlisberger to return next season after missing all but six quarters of Pittsburgh’s uneven 8-8 ride in 2019 because of a right elbow injury. Mason Rudolph, who took over for Roethlisberger when Roethlisberger went down in Week 2 against Seattle, will be the top backup despite some erratic play that led to him getting benched in favor of undrafted rookie free agent Devlin “Duck” Hodges.

Rudolph passed for 1,763 yards with 13 touchdowns and nine interceptions in 10 games – eight starts – but also dealt with injuries and controversy. He was knocked out on his feet by Baltimore safety Earl Thomas in October, then got into a fight with Cleveland defensive end Myles Garrett on Nov. 14 before being replaced by Hodges a week later against Cincinnati. Rudolph then replaced a struggling Hodges against the New York Jets on Dec. 22 but left with a left shoulder injury that ultimately sent him to injured reserve.

Tomlin admitted the Steelers would be open to potentially adding an experienced quarterback to the mix during the offseason. Both Rudolph and Hodges had trouble taking care of the ball, combining for 17 interceptions and nine fumbles, one of the major reasons Pittsburgh finished with a three-game losing streak that saw the club drop out of playoff contention for the second straight season.

Roethlisberger tweeted on Christmas that he would be back for a 17th season, but it’s uncertain when he will be cleared to begin throwing. Tomlin indicated Roethlisberger will have a checkup sometime around Feb. 1 and the team will have a better idea of his rehab timetable after that.

Tomlin said he took no solace in his team’s ability to remain in contention until Week 17 despite missing Roethlisberger, running back James Conner, defensive end Stephon Tuitt and wide receiver JuJu Smith-Schuster for significant chunks of the season.

Still, Pittsburgh’s defense made significant strides this season, leading the league in sacks and turnovers and finishing fifth in both yards allowed and points allowed. Outside linebacker Bud Dupree was a significant part of that development – finishing with a career-high 14 1/2 sacks – and is scheduled to become a free agent in March. Tomlin called Dupree “a priority.”

Dupree isn’t the only one. The Steelers need to figure out whether to offer contract extensions in the offseason to Conner and Smith-Schuster. The team lacks a first-round pick after sending it to Miami in September for safety Minkah Fitzpatrick, a move that helped Pittsburgh put together a 7-1 midseason run that vaulted it into the playoff mix. The lack of an early pick could play a role in the Steelers becoming more active in free agency.

Copyright 2019 The Associated Press. All rights reserved. This material may not be published, broadcast, rewritten or redistributed.