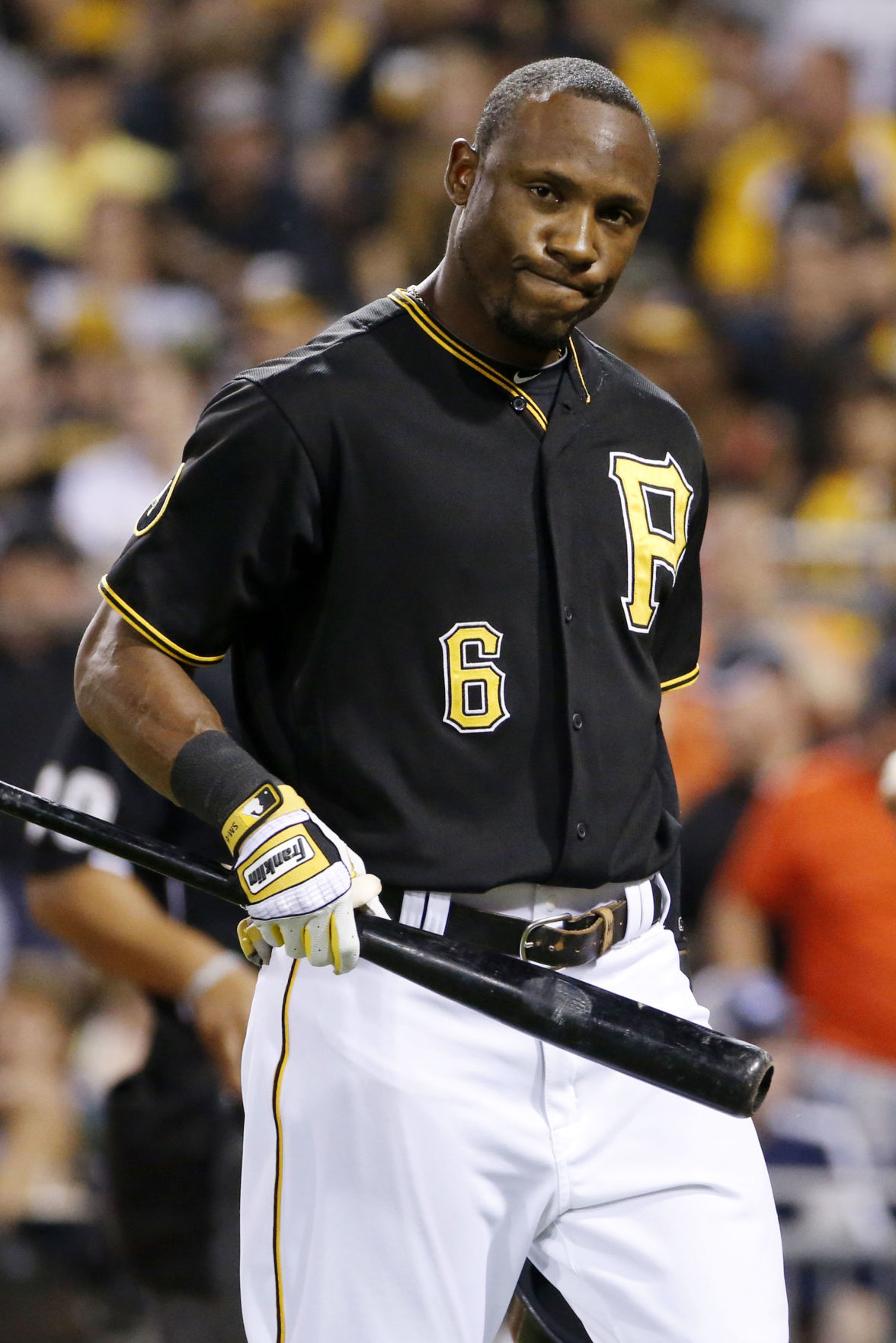 Starling Marte is heading to the Arizona Diamondbacks. The Pirates sent the two-time Gold Glove outfielder and 2016 All-Star to the Diamondbacks for prospects Liover Peguero and Brennan Malone, Monday, Jan. 27, 2020. 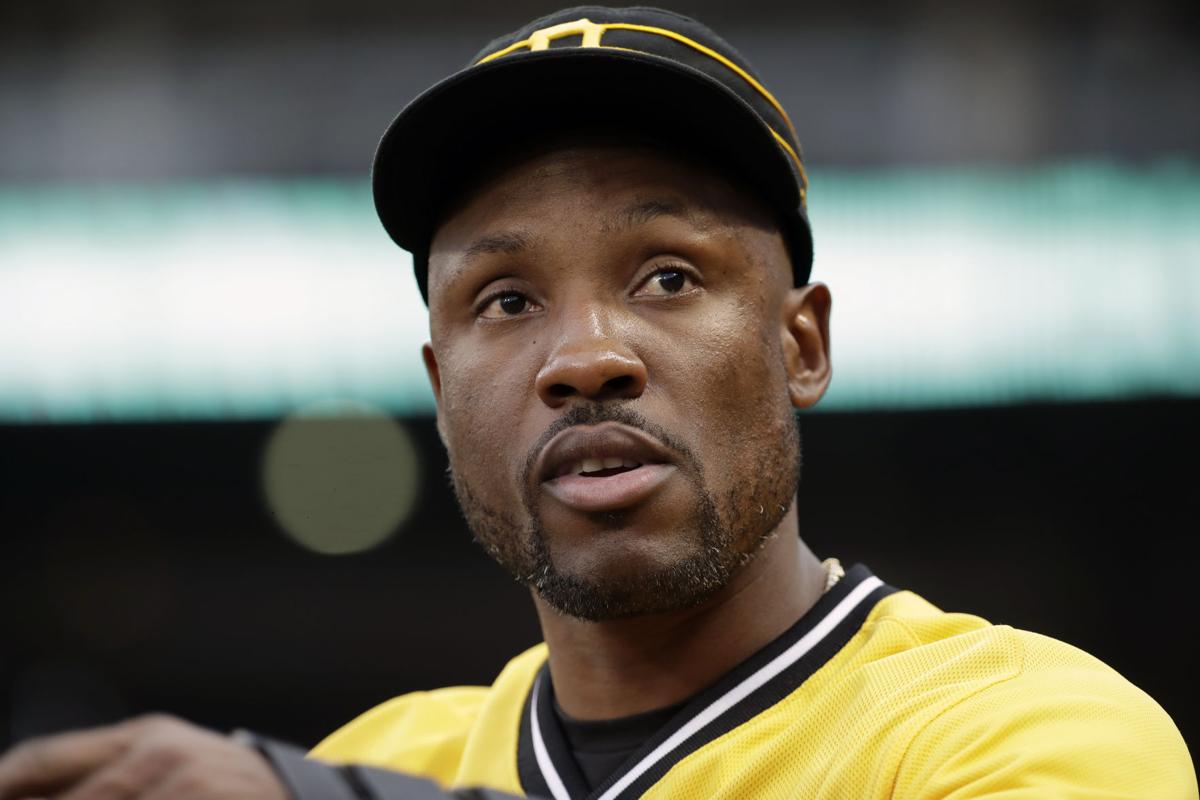 Starling Marte is heading to the Arizona Diamondbacks. The Pirates sent the two-time Gold Glove outfielder and 2016 All-Star to the Diamondbacks for prospects Liover Peguero and Brennan Malone.

Starling Marte is heading to the Arizona Diamondbacks. The Pirates sent the two-time Gold Glove outfielder and 2016 All-Star to the Diamondbacks for prospects Liover Peguero and Brennan Malone, Monday, Jan. 27, 2020.

Starling Marte is heading to the Arizona Diamondbacks. The Pirates sent the two-time Gold Glove outfielder and 2016 All-Star to the Diamondbacks for prospects Liover Peguero and Brennan Malone.

PITTSBURGH – When the Arizona Diamondbacks landed ace Madison Bumgarner in free agency last month, the three-time World Series winner made a surprising offer, one that came with a very urgent catch.

Bumgarner told the Diamondbacks they could defer some of the money on his five-year deal if they promised to spend the up-front savings on making the club better in 2020.

“He fits a lot of what we’re trying to do,” Diamondbacks general manager Mike Hazen.

Including free up Ketel Marte – no relation to Starling Marte – to move to second base on a semi-permanent basis. Ketel Marte split time between the center field and second last year while making the All-Star team for the first time and finishing fourth in NL MVP balloting. Hazen said he likes the chemistry Ketel Marte developed with shortstop Nick Ahmed, and Starling Marte’s arrival should let that relationship flourish.

An honor Starling Marte won twice during his eight years with the Pirates. His arrival in the majors in 2012 served as one of the final building blocks that pushed the team to three straight playoff berths from 2013-15. His go-ahead home run in the ninth inning against the Chicago Cubs on Sept. 23, 2013 pushed Pittsburgh to the postseason for the first time in more than two decades, and his blend of speed, athleticism and one of the strongest outfield arms in the game made him a natural fit at spacious PNC Park.

Though the Pirates have fallen well off the pace in the NL Central over the last four years, Marte has been one of the few bright spots. The 31-year-old hit .295 in 2019, setting career highs with 23 home runs and 82 RBIs. It wasn’t nearly enough, however, to help Pittsburgh avoid finishing dead last in the division, a plummet that led to a massive leadership overhaul.

New Pirates general manager Ben Cherington reached out to Hazen – the two previously worked together in Boston – shortly after taking over last October. Talks broke off over the holidays but picked back up this month, with Arizona receiving Marte as well as $1.5 million from the Pirates due on Sept. 15. In return, the Diamondbacks sent shortstop Liover Peguero and pitcher Brendan Malone – both 19-year-old prospects – to Pittsburgh.

“It was painful giving up the players we did ultimately give up,” Hazen said. “We just felt like we have a duty to both the present and the future and we felt like we were going to have to give something good up in order to get a good major league player.”

The Diamondbacks selected Malone with the 33rd overall pick in the draft last season and signed him for a bonus of $2,202,200. The hard-throwing right-hander was considered one of the top prospects in the Arizona system. Malone went 1-2 with a 4.50 ERA in seven appearances in Class A.

Cherington shot down the notion the Pirates are rebuilding, saying “that’s not how we are thinking about it.”

Marte became expendable due in part to Bryan Reynolds’ outstanding rookie season in 2019 and the expected return of Gregory Polanco, who was limited to 42 games last season due to a lingering left shoulder issue. Still, Pittsburgh will head to spring training without making any significant additions to a group that went 25-48 in the second half last year.

Both Brennan and Peguero are considered to be quality prospects but are years away from having a stall in the major league clubhouse.

Marte is scheduled to make $11.5 million this year and his contract includes a $12.5 million team option for 2021 with a $1 million buyout. He figured he would be on the move over the winter but grew anxious as spring training neared.

Copyright 2020 The Associated Press. All rights reserved. This material may not be published, broadcast, rewritten or redistributed.